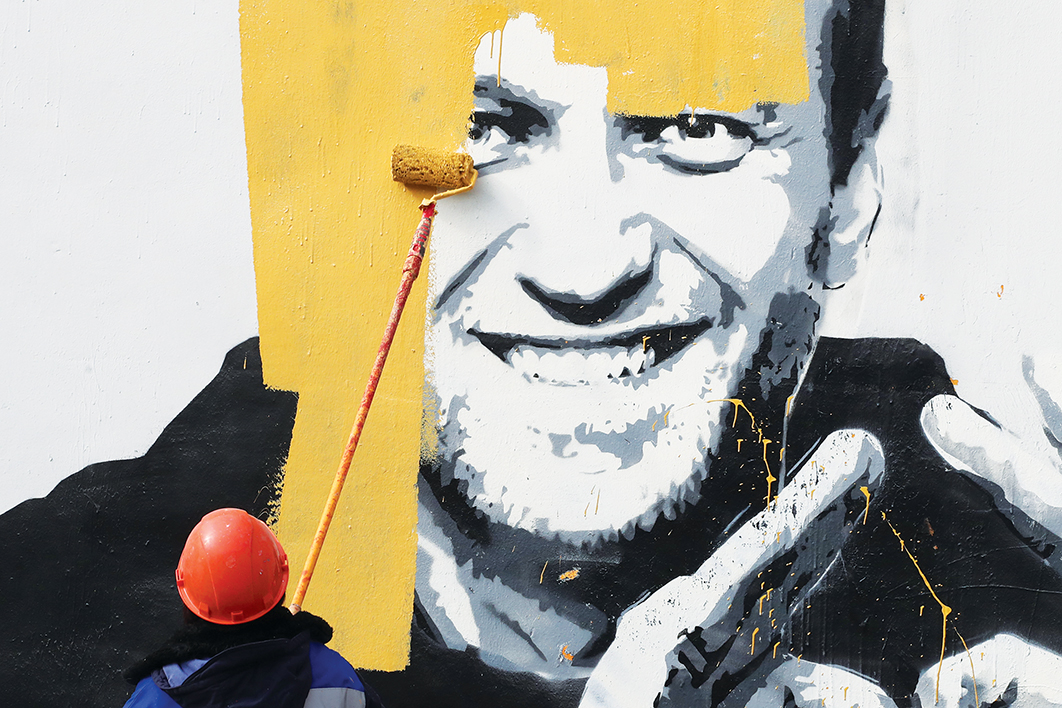 The 17–19 September elections for Russia’s lower house, the State Duma, will be closely watched, not least because support for the pro-Putin ruling party, United Russia, has fallen from above 50 per cent at the last election to 27 per cent last month. On the face of it, the party will struggle to win a majority of seats in the house, let alone maintain the two-thirds majority it currently has. Failure to get such a majority would be seen as a major symbolic defeat and would also deny it the capacity to change the state constitution should it so desire. The drop in support could also have implications for the presidential election scheduled for 2024, at which Vladimir Putin is expected to stand.

Given that the person generally seen as Putin’s main opponent, Alexei Navalny, is in a labour camp and unable to campaign, United Russia’s malaise might seem surprising. Why is the perceived threat to Putin’s regime so great when the leading opposition figure remains behind bars? In this well-researched, engagingly written book, political scientists Jan Matti Dollbaum, Morvan Lallouet and Ben Noble provide some of the answers.

Navalny came to the attention of many in the West after he was poisoned while travelling in Siberia in August last year. He was rushed to Germany for treatment and recuperation, and returned to Russia in January, only to be arrested and sentenced to two years and eight months in a penal colony. All the while, he blamed his poisoning on officials acting for Putin, a charge taken up broadly in the Western media.

Navalny, who was born in 1976, first became known within Russia as an anti-corruption campaigner. Using publicly available material, he investigated corruption among leading government officials and leading companies, and used his blog to publicise his findings. He trod on enough powerful toes for a criminal case to be launched against him in 2011, and was ultimately convicted of embezzlement and given a suspended sentence. One of the conditions of the suspension was that he report to the police on a regular basis, and it was his failure to do this while in hospital in Germany that was the official reason for his arrest in January this year.

Navalny wasn’t daunted by the 2011 verdict. The following year he established the Anti-Corruption Foundation, or FBK, which enabled him to continue his anti-corruption work with more resources, principally provided by sympathetic business figures and small donors. The FBK’s high point came with the release of two Navalny videos, “Don’t Call Him Dimon” (2017) and, just after his arrest, “Putin’s Palace” (2021).

“Don’t Call Him Dimon” alleged that then prime minister Dmitry Medvedev owned a string of luxurious homes, yachts, cars and vineyards, all redolent of a lifestyle that couldn’t have been sustained on a prime ministerial salary. “Putin’s Palace,” published, like the first, on YouTube, claimed that Putin owns an enormous mansion on the Black Sea coast complete with underground ice hockey rink, helipads, a disco, a casino, an amphitheatre, substantial grounds, and a private tunnel to the beach. Medvedev and Putin denied the allegations, and a powerful businessman claimed the Black Sea complex belonged to him.

Navalny’s anti-corruption activities seem to have radicalised him. He joined the liberal political party Yabloko in 2000, but within a few years quit and began flirting with Russian nationalism. But neither liberal politics nor nationalist sentiment seemed to promise the sort of change he sought.

It was the 2011–12 street protests against Putin’s proposed return to the presidency, and the electoral abuses evident in the 2011 Duma election that catapulted Navalny into mainstream politics. He became one of the public faces of demonstrations formally entitled “For Fair Elections” but characterised by posters calling for “Russia without Putin.”

Those posters crystallised the position towards which Navalny had been moving. Putin’s regime, he now believed, needed to be replaced with one more attuned to the needs and desires of the populace. The problem was how to bring this about.

Navalny’s attempts to participate in the electoral process proved a dead end. He was permitted to run in the Moscow mayoral elections in 2013, receiving 27.2 per cent of the vote according to official figures. While this was a creditable performance given the resources available to the incumbent, Sergei Sobyanin, it didn’t prevent the latter from winning the election in the first round and avoiding a run-off. Another setback came in the lead-up to the 2016 Duma election, when a new alliance of opposition forces broke down.

In both cases, Navalny had urged a vote for anyone but the United Russia candidate. With this approach seemingly ineffective, he adopted a new strategy in the lead-up to the 2018 presidential election.

After announcing he would stand for president, Navalny spent part of 2017 criss-crossing the country establishing campaign offices in the regions. As Dollbaum, Lallouet and Noble explain, he used protests to increase his name recognition, create a national network and put his representatives in contact with potential supporters. This new, national political machine was designed to sustain his candidacy.

When it came time to formally register, though, Navalny’s application was rejected because he still had the suspended criminal sentence hanging over him. Undeterred, he oversaw his network’s involvement in the presidential poll and a series of municipal elections, fostering a form of tactical voting called “smart voting.” In contrast to the earlier anyone-but-the-ruling-party tactic, the local Navalny machine identified the candidate most likely to defeat the United Russia candidate and advised voters to cast their ballot accordingly. Electoral support for individual opposition candidates rose, but the overall effect was modest.

This is how matters stood when Navalny was arrested in January this year. Following the arrest, though, matters took a distinct turn for the worse. Many of his supporters, including those who staffed his organisation, were arrested the following month, with a large number sentenced to short prison terms. And in April the FBK and Navalny’s network in the regions were officially labelled “extremist organisations,” rendering their leaders and employees vulnerable to imprisonment (of ten years and six years respectively), and laying their donors open to charges as well. The Navalny organisation collapsed.

In June this year, support for Navalny and his activities stood at only 8 per cent (with 67 per cent disapproving), far below Putin’s rating of 57 per cent support just last month. Navalny’s approval was higher among the younger age groups, but voters aged eighteen to twenty-nine tend to vote at a lower rate than older groups in Russian elections.

Why the subdued support? Many people object to Navalny on the basis of positions he adopted in the past. Racist comments he made around 2007, for example, keep being brought up in the press, and tend to alienate the liberal constituency to which he needs to appeal. The over-centralised nature of his machine, about which many of its local organisers complain, doesn’t sit easily with the democratic aspirations of many of his followers. And Navalny’s vagueness about many aspects of policy — something Dollbaum, Lallouet and Noble attribute to his desire to maximise support — has caused some to question what he really stands for.

As the authors argue, though, Navalny is important less for who he is than for what he represents. Discontent is rising in Russian society. The nationalist surge of enthusiasm following the reincorporation of Crimea into Russia in 2014 has ebbed. Economic difficulties stemming from a lack of reforms, the impact of external sanctions and the international downturn have placed pressure on living standards. Covid-19 has revealed tensions in Russia as it has elsewhere. The crackdown on dissent and the closing of the space for civic activity, reflected clearly in the 2012 “foreign agents” legislation and increased repression of demonstrators, concern some people, as do controls on the internet and other channels of information.

Lifting the retirement age and allowing visa-free entry to workers from Central Asia are unpopular among former Putin supporters, while policies like a hike in the VAT (Russia’s GST) have been generally unpopular. And some Russians share an overriding feeling that it is time for change: Putin has been in office since 1999, and last year’s constitutional amendments mean he can stay on as president until 2036 (subject to electoral victories).

But the regime retains significant strengths. It faces a weak and divided opposition with no key figure able to fashion its diverse parts into a viable political weapon. The electoral system favours parties with extensive national machines, and United Russia remains the best placed in this regard. New rules giving a vote to Russians in the separatist-dominated parts of eastern Ukraine will favour the pro-Putin party, while the low turnouts elsewhere (as predicted by the opinion polls) should also help. Stretching the election over three days and enabling online voting will maximise the opportunity for fraud while hampering observers’ ability to see it.

In all of these ways the regime has the capacity to blunt a potential challenge. But that doesn’t mean it is safe. United Russia’s drop in support means the gap between the number of votes it receives and the number needed to get the desired two-thirds majority could be quite large. When the gap has been smaller, it has been bridged by fraud, but it was fraud of this kind that sparked the protests of 2011–12, just as it prompted the widespread public demonstrations in neighbouring Belarus following its presidential poll last year.

The Russian authorities don’t want a repeat of that kind of unrest, hence the extraordinary efforts devoted to persuading the regime’s supporters to go to the polls. The danger for Putin is that widespread protests could further delegitimise the regime in the eyes of sections of the populace, with potential implications for the 2024 election. By then, Navalny should be free.

The problems at the heart of the regime won’t go away, and unless policies are developed to make the economy more efficient and productive and the political system more open, the opposition is likely to pose a greater threat by 2024. It remains to be seen whether Navalny is still politically relevant then, but anyone wanting to understand him as a political figure should read this book. •

Graeme Gill is a Professor Emeritus at the University of Sydney.

When targets run up against reality 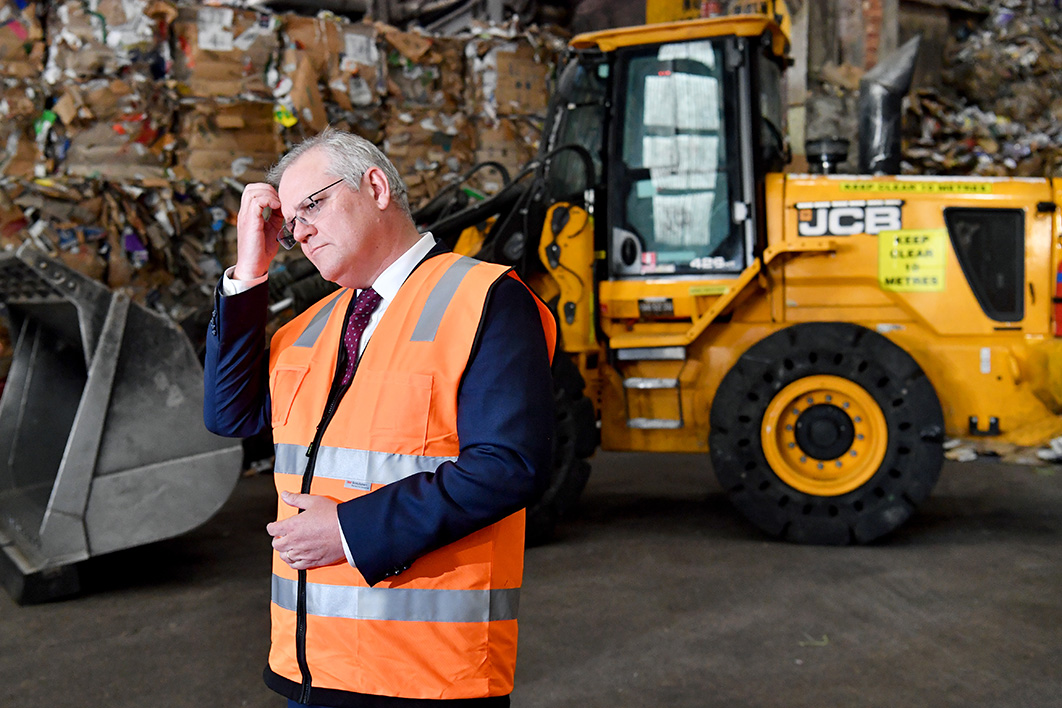