Revivalists of the right 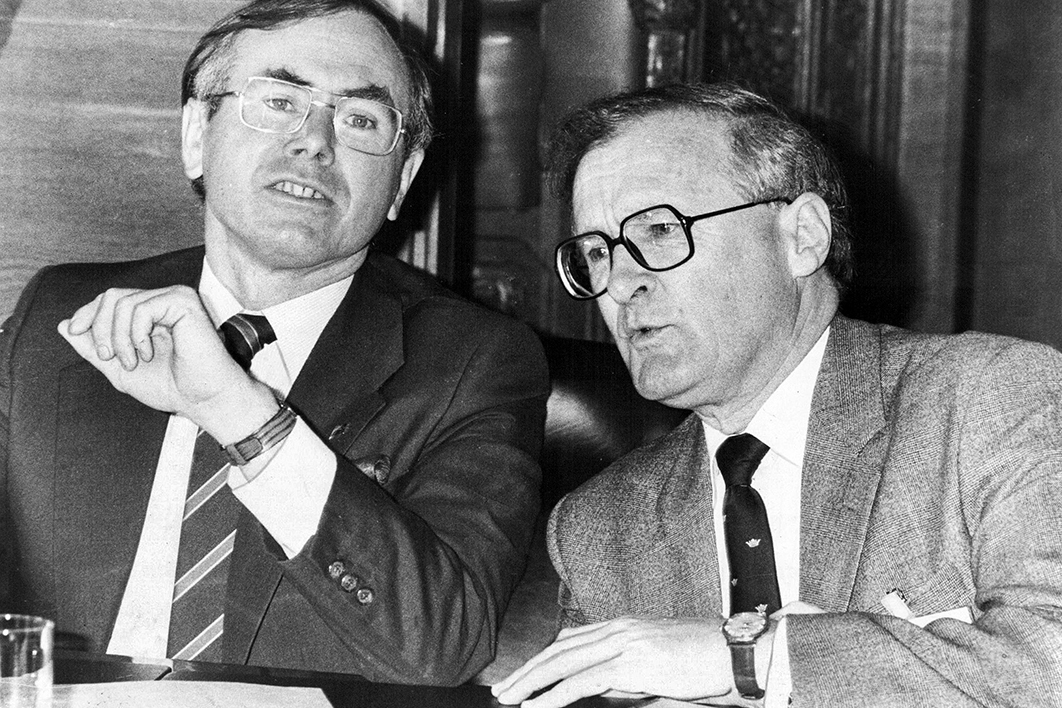 “We are all Keynesians now,” US president Richard Nixon proclaimed in the early 1970s. What he meant was that all of the major parties in English-speaking democracies broadly accepted the features of a mixed economy: a dominant private sector, a strong public sector steadily growing in size and function, and an established welfare state. Keynesian strategies of demand management had helped to deliver what the economic historian Angus Maddison has called the greatest era of growth in world history.

But almost as soon as Nixon uttered those words the tacit consensus began to break down. Economic conditions worsened after the “oil shock,” and stagflation began to challenge Keynesian orthodoxies. In 1980, with some assistance from the Iranian ayatollahs, Ronald Reagan was elected on the mantra “government is the problem, not the solution.” With a similar philosophy, Margaret Thatcher had become British prime minister the previous year.

In Australia, by contrast, Bob Hawke governed for much of this period, his Labor government intent on internationalising the economy while attempting to preserve a social consensus, especially through the Prices and Incomes Accord with the trade unions. But Australia had its own distinctive reaction to the breaking of the Keynesian consensus, and one with lasting consequences. The first achievement of this excellent book is to trace organisational forms and key personalities in that gathering right-wing critique of the political orthodoxy.

The key figure was Hugh Morgan, for many years a senior executive at Western Mining and its chief executive from 1990 to 2003. Almost as important was Ray Evans, employed by the same company from 1982 in order, he said, “to engage in the culture wars.” Morgan had the strong public profile; Evans wrote his speeches. The third figure was a former head of Treasury, John Stone, who devoted his post–public service career to various right-wing causes, most infamously supporting the Joh for PM campaign.

This trio was involved in the formation of four organisations, each with a distinct focus. The first and by far the most important was the H.R. Nicholls Society, founded in 1986, which concentrated on industrial relations; among its other founding members was future Liberal treasurer Peter Costello. The economic turbulence of the 1970s and early 80s, and the failure of the Fraser government to use it as a pretext for a full-blooded set of policies, was the catalyst for its core members. “How could Fraser leave office in 1983 with so little achieved in turning back the Whitlamite tide of destruction?” wondered John Stone.

The group concentrated on a tension at the heart of the Australian industrial relations system. On the one hand, part of the system’s remit since the famed Harvester industrial relations case of 1907 had been to protect the living standards of Australian workers. On the other, the Hawke-era industrial relations commission could only do what the economy could afford, and its judgements flowed back into how the economy operated. Especially in the difficult economic conditions of the 1980s, the tensions were coming to the fore. For the H.R. Nicholls Society, by contrast, labour was a commodity like any other, and so needed to be subjected wholly to market forces.

One significant moment in the group’s coalescing was Gerard Henderson’s critique of what he called “the industrial relations club” in Quadrant in 1983. The following year, John Stone gave a lecture, “1929 and All That,” which portrayed the Australian economy as being in a precarious state. After a series of discussions, the group convened a conference, and conferences and publications became central to its organisational life.

Apart from staking out its political terrain — articulating and reinforcing its common line — these events were important for cementing social networks and reinforcing in the members a sense of being part of an active and growing movement. The atmosphere was “revivalist,” according to Evans: “In political life, as in warfare, morale is everything.” The society’s three offspring would also adopt this distinctive modus operandi, embracing a degree of intellectualism rarely found on the right of Australian politics.

Beneath the H.R. Nicholls Society’s patina of intellectualism, however, was always a strong core of what in the early days of communism was called agitprop. Evans and his colleagues would throw verbal grenades to create publicity, shift the terms of public discourse, and deny legitimacy to contending points of view. Thus, as Kelly recounts, Costello labelled the industrial relations system as “fundamentally corrupt” and Evans declared “the phrase ‘industrial relations’” to be “a product of Marxism.” Nor were their perceptions of other figures on the right at all nuanced: Stone later referred to Malcolm Turnbull’s supporters among Liberal MPs as “left and far-left Liberals.”

The other three groups were less influential. The first of these was the Samuel Griffith Society, formed in 1992 to address constitutional and legal issues. It was originally a reaction to the Hawke government’s creation of a committee to look at constitutional reform, and was fuelled by a push for “the Keating–Turnbull republic” and the Mabo decision: in Stone’s words, reported by Kelly, “the most legally indefensible decision in the High Court’s history.” A former chief justice of the High Court, Sir Harry Gibbs, was recruited as the society’s president.

The society’s most constant concern was to stop and/or reverse the centralisation of power in Canberra, which it saw as breaching the federal spirit of the Constitution. The stance was determinedly non-historical: like other federations, Australia was a product of an attempt to balance the existing privileges of colonial governments with the needs of a new nation. The compromises were the product of a time when it took a week to get from Perth to Sydney; when large areas were not connected by the telegraph; when nearly all businesses were local and rarely crossed state borders; and when there were almost no international political relationships beyond that with the mother country. As the scale of social, economic and political life has expanded, so has the balance of governmental relations changed. But perhaps this emphasis on preserving federalism in aspic is in reality a desire for ineffectual government.

The Bennelong Society, with a focus on Indigenous affairs, was formed in 2000. Opposed to anything it saw as separate development or as licensing a separate nation, its notable members were former Liberal minister Peter Howson and former Labor MP Gary Johns.

The final group, the Lavoisier Group, was founded in 2000 on a program of climate scepticism. Former Labor minister Peter Walsh headed an organisation that included Australia’s most prominent climate change deniers, such as the geologist Ian Plimer. To maintain its view that global warming is a hoax, the Group was reduced to increasingly outrageous conspiracy theories, arguably the final product of a long period of intellectual decline.

As Kelly shows, the influence of these groups reached its zenith during the years of the Howard government. Right-wing movements tend to have two advantages over left-wing movements — more money and better elite access. But although the government encouraged the long-running waterfront confrontation, the H.R. Nicholls Society was initially disappointed by the modesty of its industrial relations reforms. Only once the government had obtained a Senate majority after the 2004 election did it launch into a more root-and-branch approach with its WorkChoices legislation, to the applause of these societies but to great disapproval among the public.

Howard and a core of other government figures were hostile to any action on global warming, and withdrew from the Kyoto Protocol. In Indigenous affairs, the government adamantly opposed anything that could be labelled as a “black armband” view of history or could be associated with separate development, dissolving Labor’s Aboriginal and Torres Strait Islander Commission and refusing any apology to the stolen generations. Howard also managed to defeat the 1999 referendum on an Australian republic, effectively disposing of the issue for at least twenty years. His attitude to federalism, though — one that he shared with all contemporary Liberal leaders — was wholly opportunistic.

The moment of these societies has passed. Among the pioneers, Morgan is seventy-eight, Stone is ninety and Evans has died. No parallel groups are emerging. The agenda of neoliberalism has run its political course.

Nowhere is this more evident than at the major right-wing think tanks, which seem to have run out of intellectual juice. When the biggest of them, the Institute of Public Affairs, put forward its manifesto for the 2019 election, it was a shopping list of tired clichés and lost causes, including the abolition of the ABC and — a sign of the fantasyland it increasingly inhabits — the need for an inquiry into the Bureau of Meteorology’s alleged manipulation of global warming data.

Today, the most prominent far-right groups in Australia are much uglier, and their dominant tone is nastily populist. Figures such as Pauline Hanson, Clive Palmer, David Leyonhjelm and Fraser Anning have close to no real policy content, and focus simply on mobilising resentments. Their behaviour almost provokes a feeling of nostalgia for the more gentlemanly voices of the right’s previous wave, described and analysed for the first time in this book.

At their best, the groups gave intellectual fibre to conservative views. Even though they were comprehensively out of step with public opinion, they had great success in framing political issues and changing the agenda of political discourse. That unique moment in Australian history is skilfully illuminated in this carefully researched and engagingly written book. • 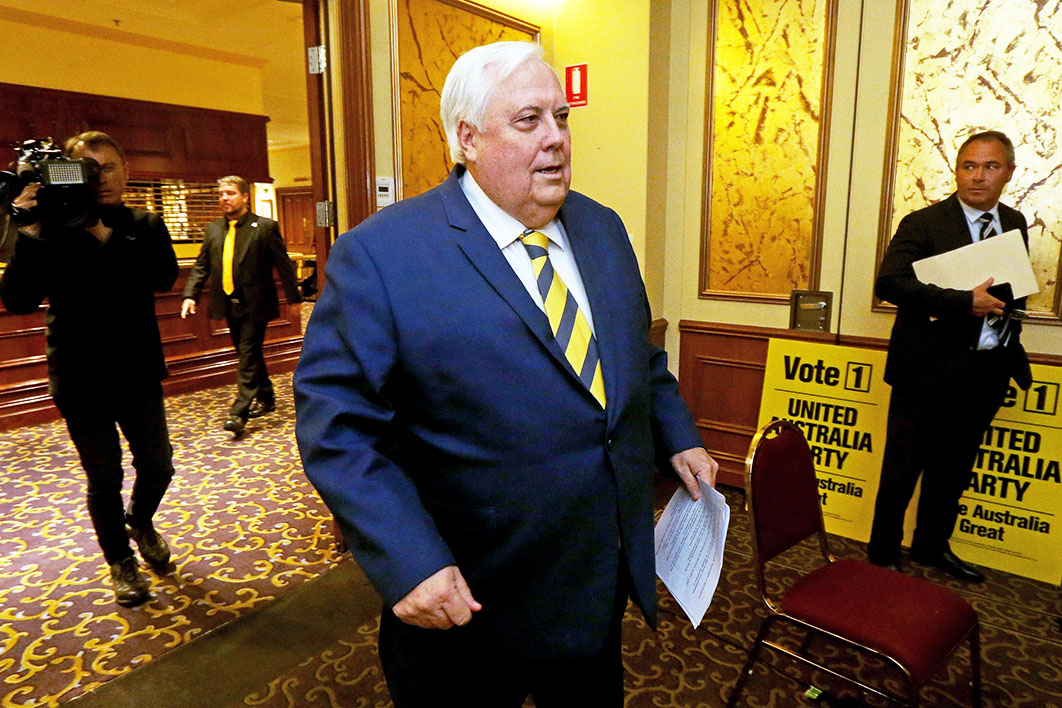