Why Anthony Albanese’s budget reply was fit for purpose 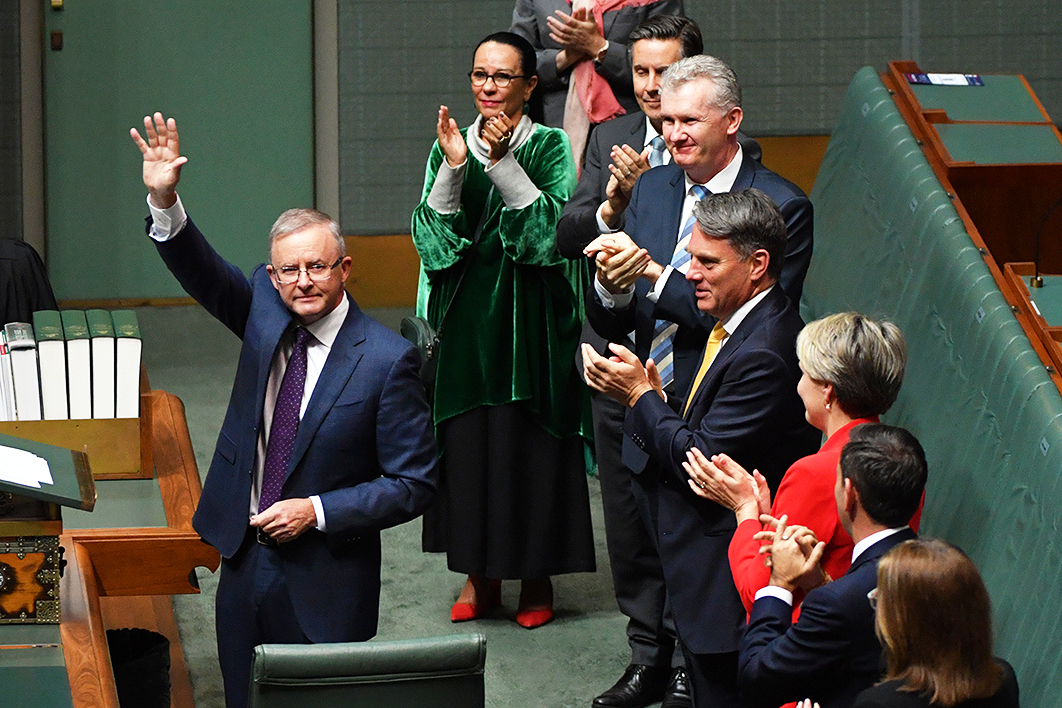 Probably the least useful version simply transposes the advice-giver’s own preferences onto the wider electorate. So person A demands that Labor announce a slew of policies what he or she would like to see. It’s surprisingly common in mainstream punditry and — not surprisingly — across social media.

Then there is the command that Labor must “stand for something!” and “seize the agenda!” In the real world, voters find too much swashbuckling from oppositions rather off-putting.

Anthony Albanese’s budget reply speech on Thursday night is (as I write) attracting predictably bad reviews. Predictable because hopes had been high for some derring-do, a bit of “cut-through” and “passion.” Laura Tingle on the ABC’s 7.30 found it “flat” and David Crowe in the Nine papers reckons it was “far too cautious in the middle of a pandemic that requires big ideas from both sides of politics.” For Dennis Shanahan in the Australian “the opposition leader’s new policy offerings neither sink the budget nor offer an exciting alternative.”

But can anyone recall an opposition leader’s sudden “big idea” or “exciting alternative” delivering the electoral goods?

Of course, many Labor true believers just wanted Albanese, faced with the Morrison government’s spendathon, to go further, nationalise everything and double the minimum wage. From across the spectrum, meanwhile, comes the inevitable call to “reconnect with the working class.”

I reckon it was a good speech, in the sense that it mostly avoided succumbing to those demands. Any disengaged voter who happened to be watching the ABC at that time would have caught a few well-crafted motherhood statements, and perhaps be reminded of Albanese’s struggle-street beginnings. It will be forgotten in a few days, which is fine. Where does it say that budget replies must be earth-shattering?

Okay, life isn’t that simple. Because commentators have marked it down, voters will hear how uninspiring it was, which will feed into perceptions that Albanese is not doing a great job. These will loop back into his approval ratings in published opinion polls, which his enemies will use to create mischief. So if it does end up being part of the narrative that brings him down, it will be remembered, after all, as having really been part of that saga.

But the alternative — the hasty adjusting of behaviour for week-by-week survival — is itself a recipe for failure.

Succumbing to demands for the reply to offer something “big” would have been obviously gimmicky and reactionary. Lots of questions about detail would need to be answered, creating the opportunity for gaffes from frontbenchers and backbenchers. And in the longer term those big ideas would have accentuated the electorate’s doubts about Labor’s big-spending proclivities. That perception is much more important than “is the opposition leader doing a good job?” because it’s the sort of thing that can cost a party an election.

And while the Morrison government has undeniably given the opposition fiscal wiggle room, there is no need to exploit it immediately.

Two years into the job, Albanese’s challenge is twofold. One is to be opposition leader at the next election, and the other is to win that contest. When leaders reach this stage, they find the two demands can conflict, or at least seem to. They start making announcements simply to placate the team. I put February’s big IR drop in that category; it (and particularly the gig economy part) made winning the election harder.

The last opposition leader to truly generate media-bubble excitement was Mark Latham, from late 2003 up to the October 2004 election. He ticked all the storytellers’ boxes about what someone destined for victory should do; the Australian’s Paul Kelly even labelled him a “conviction politician” — just like John Howard!

Then, on election day, Labor recorded the worst result of any opposition since the one led by Latham’s mentor, Gough Whitlam, in 1977.

No matter how attractive the idea of a big, ambitious speech generating excitement and momentum and eventually leading to victory, history has never panned out that way. Reality has tended to be more mundane: the opinion polls start to show a government looking like it might lose, narratives are adjusted, and events are retrofitted to that expectation.

Politicians are hostage to timing and luck, much more than they, their parties and (particularly) professional campaigners like to admit. There are highly winnable elections, which can be stuffed up by inept leaders and strategies. (See the Latham experiment, above.) May 2019 was winnable for Labor, too, but ruined by big, complicated policies.

Until Covid came along, the next election was looking wide open: a nine-year-old government still labouring under sluggish economic conditions and negligible wages growth. But the pandemic has upped the authority of incumbents. The big question is how much this remains the case, and for how long.

Albanese’s internal enemies will undoubtedly use Thursday’s non-event as backgrounding ammo. But they would have used a big-bang speech that way too. Whoever had become Labor leader after the last election would be struggling today.

What should Anthony Albanese do? “Made in Australia” is pie in the sky but easy and good politics for an opposition. The “debt and deficits” campaign is worth pursuing only if the aim is to eat into the Coalition’s advantage on the economy. As an exercise in revenge it is pointless: yes, the Rudd and Gillard government’s alleged “debt and deficits disaster” was a con that a lot of the media (not just the usual suspects) bought into. There’s nothing that can be done about that now.

The “On your side” slogan is okay, until people tire of it. It does contain a touch of the dog whistle. On your side against whom? Big business, elites? Migrants who want your job?

There must be potential for that post-pandemic rebuilding theme. Tasmania’s Labor leader Rebecca White talked about it a lot during the recent state campaign, but her party did poorly at the ballot box. The sweet spot might be out there somewhere.

Meanwhile, a star waits in the wings: Tanya Plibersek, receiving support from, of all places (given her left-wing credentials), the Australian. Maybe it’s a ruse and once Albanese is fatally wounded they’ll switch to Jim Chalmers. The media loves a leadership stoush.

But the news isn’t all bleak. This week in parliament Scott Morrison threatened the Labor leader with an early election. That would be risky for the government, and might represent Albanese’s best chance of still being in the job when the election eventually comes around. •

A risk-taker in the laboratory 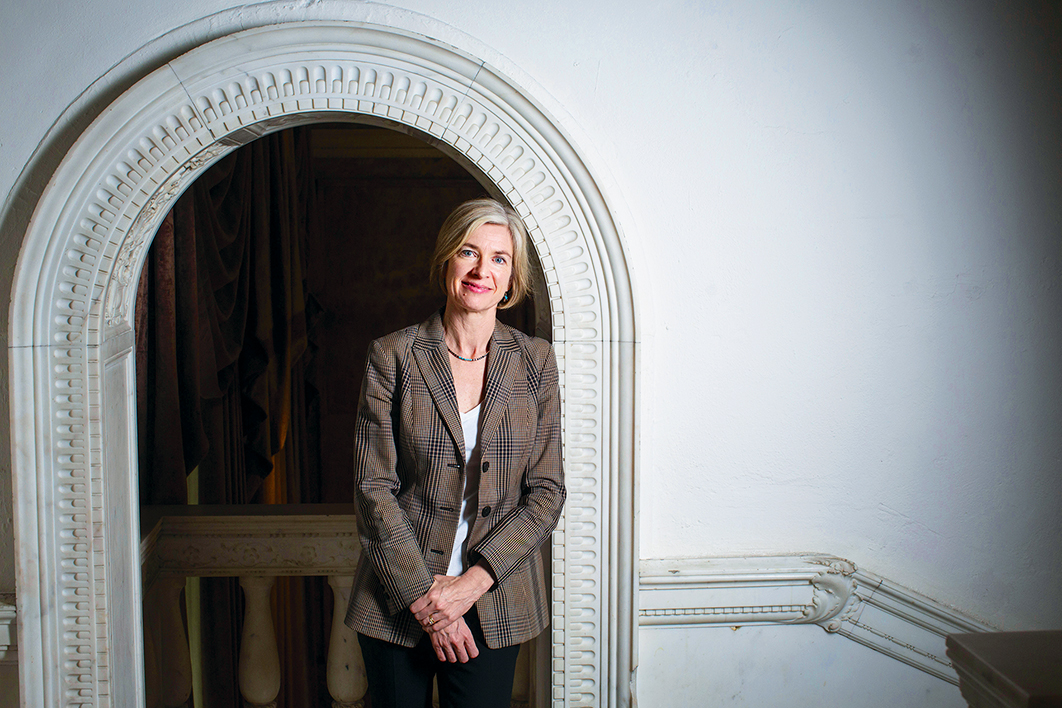