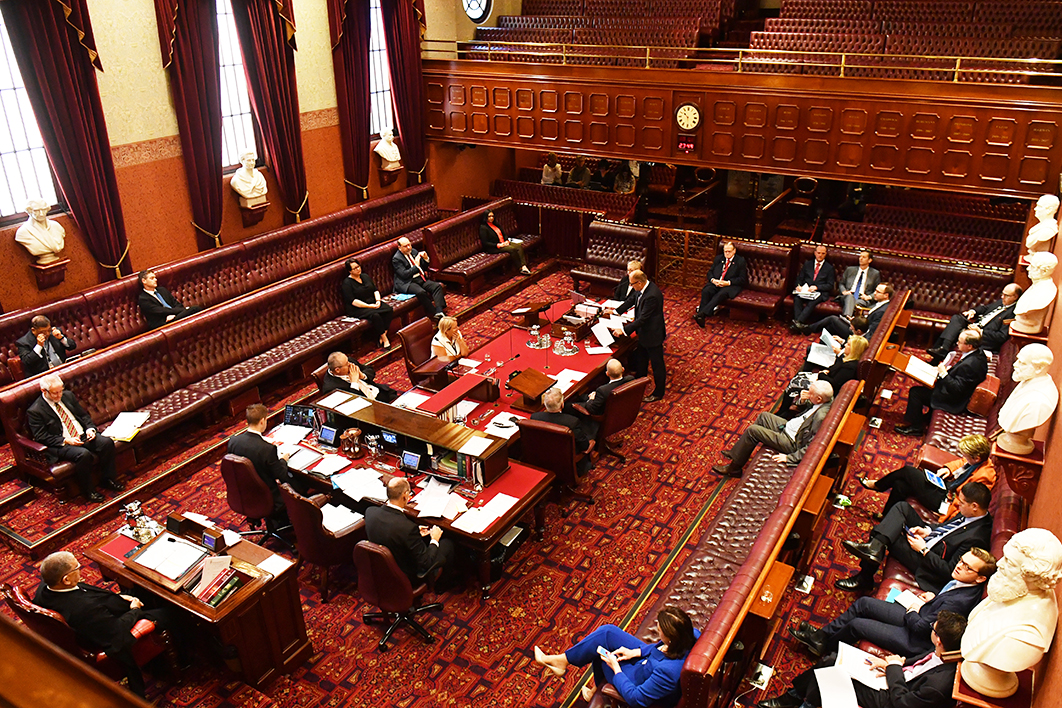 Back to the future? The NSW Legislative Council in action. Mick Tsikas/AAP Image

The powers of parliament are suddenly back in contention. In Britain, the House of Commons has taken control of the Brexit process. In New South Wales, parliamentary reform hit the front page of the Sydney Morning Herald this week after One Nation upper house MP Mark Latham and former NSW Treasury secretary Percy Allan proposed plans for community forums to deal with contentious issues.

“In a sense,” said Latham, the plan would “save the government from itself” by short-circuiting “half-baked policies” like the Baird government’s ill-fated ban on greyhound racing. For Allan, the plan would make the upper house the most “informed house of review in the country.” Many would argue it already is.

The scheme is superficially attractive, but it misdiagnoses the problem and risks leaving the government’s dominance over parliament intact. The real problem in Macquarie Street lies not with parliamentary procedures but with the people who dominate them.

In the nineteenth century the Legislative Assembly controlled its own proceedings, held governments accountable, made policy through select committees and regularly initiated and amended bills. The results were sometimes chaotic but often resulted in good government. The community had a major input into the process through their elected representatives, who voted as they saw fit on individual matters.

From the early twentieth century on, the tightening grip of party discipline turned backbenchers into ciphers and suppressed parliament’s powers. But the tried and true methods of parliamentary scrutiny and debate still exist, and can easily be revitalised. Parliament, after all, exists to represent the citizenry. MPs are in touch with the needs of their constituents, otherwise they don’t remain MPs for long. The problem is that governments rarely tap into this resource.

More community participation in the legislative process can be useful, of course, but it is not new, nor is it a panacea. The 2003 British Columbia Citizens’ Assembly on Electoral Reform, an early experiment, was generally considered to have worked well, but its recommendations were twice rejected at referendums. South Australian Labor premier Jay Weatherill experimented with citizens’ juries, particularly on nuclear waste dumping, with mixed results. The NSW Legislative Assembly’s oversight committees have long included community representatives.

As an example of parliamentary procedures that could easily be revived, the committee stage after the second reading was traditionally the point at which a bill was debated clause by clause in a less formal manner. In the 1970s, it would often go all night, as the shadow minister questioned and tried to amend the detail. Even if the amendments were voted down, the government had been forced to defend all facets of a bill and the opposition had its objections on record.

Committee debates now take place only rarely in the Legislative Assembly, but they could easily be made mandatory, and governments could make a commitment to consider opposition proposals objectively.

If a government in the nineteenth century wanted to sound the mood or seek direction on a contentious matter, it would move a resolution on the issue and then go into committee. A wide-ranging debate would ensue, with many MPs participating, which could lead to legislation or policy changes. If governments want community input, allowing elected representatives to speak as freely as they could a century and a half ago would be an effective way of doing it.

Petitions are now an ignored formality. In the past, they were a means by which ordinary citizens could reach parliament. Why can’t that process be given new significance? A petition with a certain threshold of signatures could, for example, trigger a debate leading to the passing of resolutions in the house. Governments could commit to considering and responding to them.

Parliamentary committees, with their extensive hearings, are an established means of allowing community input into policy. Particularly in the Legislative Council, governments acknowledge their value by referring issues to them for investigation, and by often adopting their recommendations. The Legislative Assembly briefly had a system for referring legislation to committees, as the British House of Commons has long done, and it could usefully be reinstituted. There’s no reason why committees shouldn’t be strengthened and their conclusions made a central input into the policy process.

Of course, a key factor in any debate on parliamentary reform is the role of MPs. The best-designed systems won’t work without appropriate human material. In the past, MPs valued the right to speak in the house; today, the government doesn’t need to gag debate because MPs often can’t be bothered to participate, seeing parliament as being of little relevance. Making an impression in the chamber is no longer a way to advance a career: Twitter and Facebook are seen to perform that role. Members need to start taking their parliamentary responsibilities seriously rather than treating sittings as a tedious duty.

In fact, the chamber, rather than being an object of respect as in the Westminster tradition, has become a de facto function centre and auditorium for vaudeville antics. If members don’t respect themselves and the institution, how can they expect community respect? We need to get back to the idea that representing the people as a member of parliament is a tremendous privilege and responsibility.

The executive government can play a role in a parliamentary revival. It is all very well for premier Gladys Berejiklian to ask the parliament to reform itself but she also needs to make a commitment that she will allow free debate and more conscience votes, and respect parliament as the representative voice of the electorate rather than treat it as a hindrance.

Any reforms that are made should be carefully thought through and lasting rather than shallow and shortsighted. Superficial change will quickly be forgotten, after due lip-service is paid, and executive dominance will roll on uninterrupted. If real transformation is to take place, government, opposition, the bureaucracy and individual members need to restore parliament to the central place in our democracy it deserves. •

David Clune was the NSW parliament’s historian and is currently an Honorary Associate in the Department of Government and International Relations at the University of Sydney. He is the author (with Gareth Griffith) of Decision and Deliberation: The Parliament of New South Wales, 1856–2003. 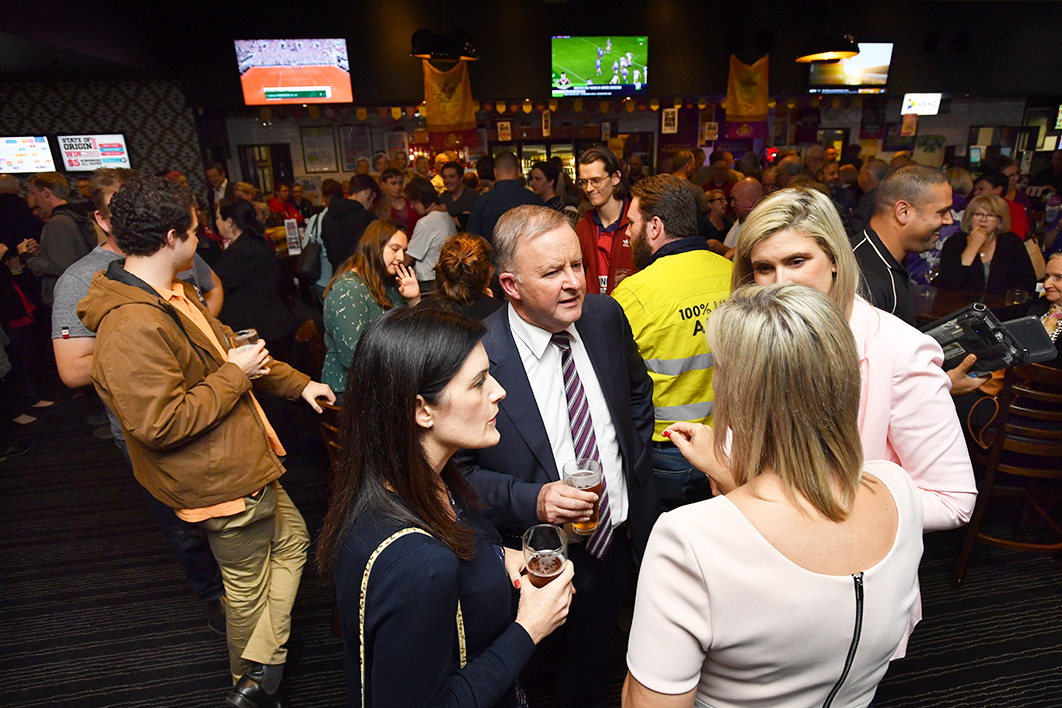