Rising to the occasion

What’s an opposition leader to do in a crisis like this?

Prime minister Scott Morrison delivering a ministerial statement on Covid-19 in the House of Representatives this morning. About forty lower house MPs are expected­ to vote on the JobKeeper wage subsidy package. Sam Mooy/Getty Images 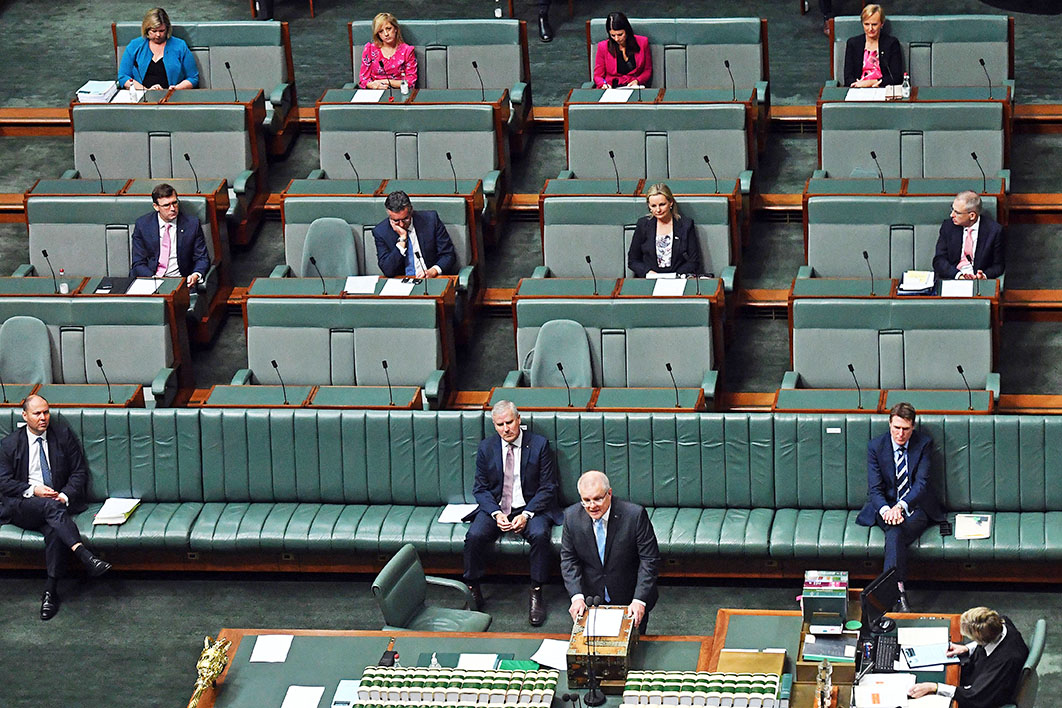 Prime minister Scott Morrison delivering a ministerial statement on Covid-19 in the House of Representatives this morning. About forty lower house MPs are expected­ to vote on the JobKeeper wage subsidy package. Sam Mooy/Getty Images

First Newspoll and now Essential have shown the prime minister riding high, and it should surprise no one. Scott Morrison’s satisfaction/approval ratings are around 60 per cent, up from the low 40s at their last measurement. And from neck and neck as better/preferred prime minister in February he’s now twenty points in front.

It’s happening with leaders around the world: Jacinda Adern, Emmanuel Macron, Angela Merkel and Boris Johnson despite his sudden strategic about-face. Yes, even that catastrophic bumbler Donald Trump got a bump. Similar movements are no doubt replicated in countries whose polling we don’t often report.

Leaders are elevated by crises. They accrue stature. They take charge, wielding the apparatus of state like their personal plaything, and if they let some emotion slip out, all the better. Their finest hour and all that. Remember Anna Bligh and Queensland’s 2011 floods.

Do you reckon Morrison is doing a good job? Doesn’t matter that much, people are looking to authority. The fact that he’s raining largesse doesn’t hurt, although unlike in the 2008–09 GFC it’s his diktats (and the ones from state and territory leaders) that are causing the downturn, at least in the immediate sense. (With the world headed into an economic funk, though, we couldn’t have avoided being touched no matter what we did.)

Speaking of the premiers and chief ministers, imagine what their polling is like: it would be stratospheric. Getting the police out, shutting borders, turning cruise ships away — voters love that stuff.

So Australians are scared and crave action, there’s an appetite for strong measures, and governments are satisfying it. But how long these attitudes last is another thing. People will weary of these restrictions. No, that’s putting it too mildly: they’re going to drive us crazy. Jobs are being lost, businesses going bust. The fines imposed in some jurisdictions are astonishingly high. The heavy-handedness is appreciated now, but it will get stale.

On the other side of the aisle, Anthony Albanese’s approval rating has risen a little. In this way the dynamics are similar to what happened after the 1996 Port Arthur massacre, when John Howard responded firmly, supported by Labor leader Kim Beazley: a big boost for the PM, and an okay one for the opposition leader. But it’s not what happened five years later, after the Tampa–9/11 double whammy, when the government wasn’t in anything like a bipartisan frame of mind.

The political future, like everything else about this astonishing social and economic period, is unpredictable. The world will change, but we don’t know how. (So far the predictions offered have tended to coincide with the predictor’s own preferences.)

The next election is one of those unpredictable things. The war analogy is not far-fetched, but remember Winston Churchill in 1945, George Bush Senior in 1992. Bligh in 2012.

Albanese’s biggest task is the same as before: to remain in his job until 2022.

What is a Labor opposition to do in circumstances like this? What it believes is in the interests of the country, of course, and particularly the interests of the people it is supposed to represent, those of lesser means. While not being totally oblivious to political considerations.

It should try to muscle in on that newly generated authority, by acting not so much as an alternative government but an adjunct one, providing advice, relaying concerns.

And that’s what Labor is largely doing. •

The how, and the how many, of mourning the dead in China 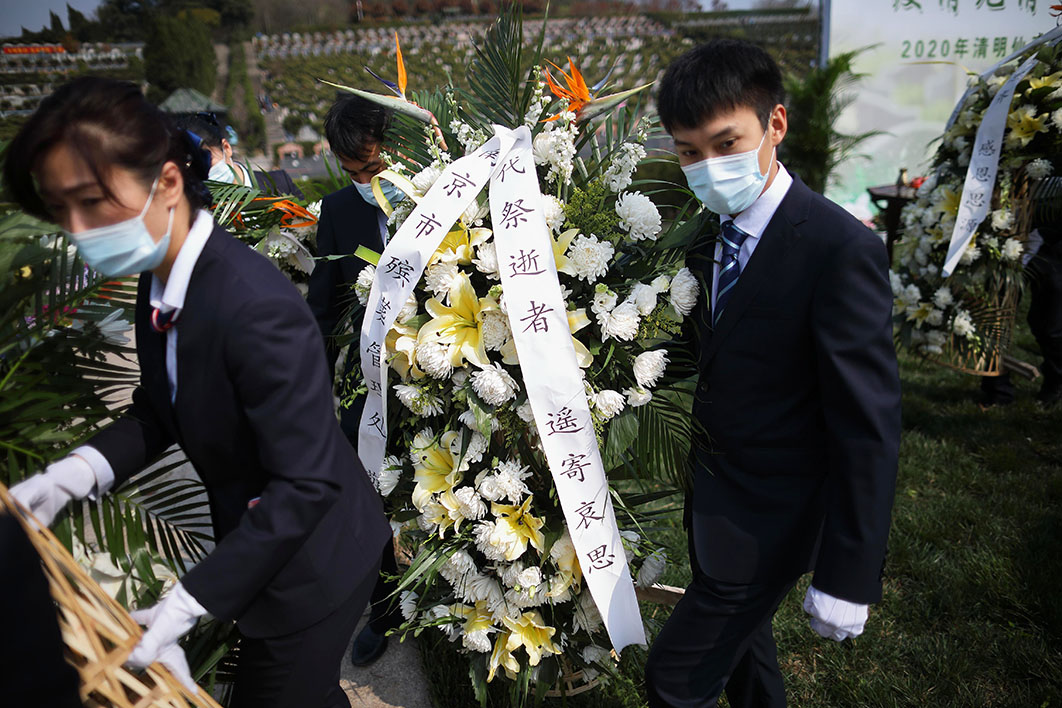