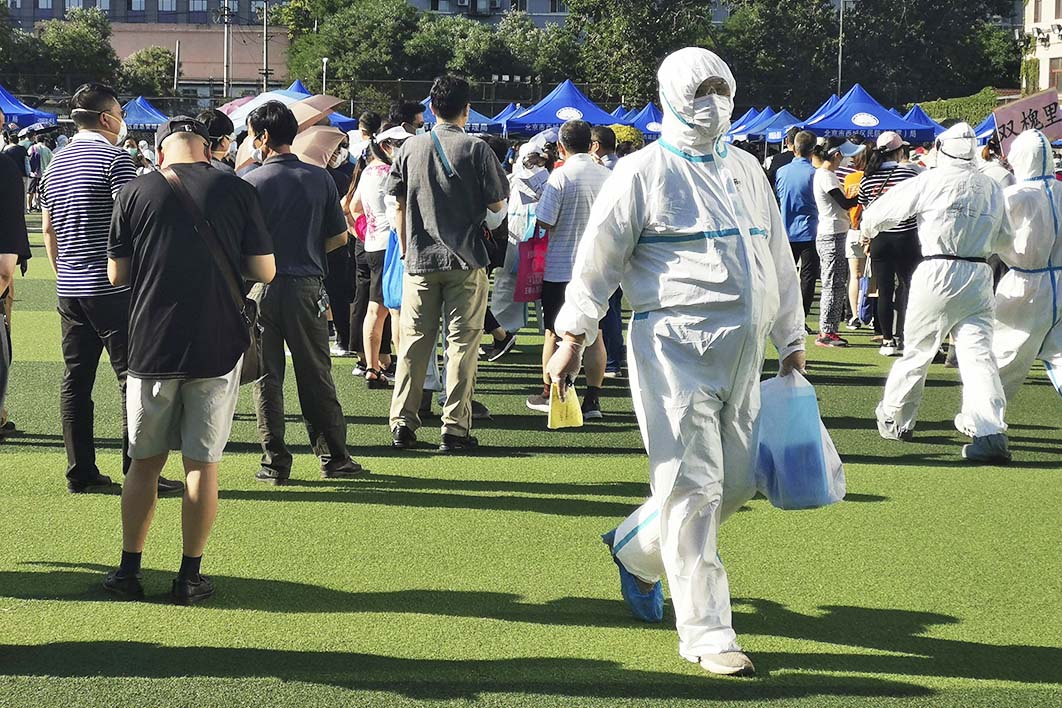 Sunday’s daily briefing from China’s National Health Commission included some ominous news: thirty-six new locally transmitted cases of Covid-19 in Beijing, the fruits of a new cluster detected two days earlier. The epicentre of this outbreak — more than one hundred cases thus far — is the massive Xinfadi wholesale produce market, which supplies 70 per cent of Beijing’s fruit and vegetables and a good proportion of its meat and fish. Media reports pinpointed its source even more precisely: “the novel coronavirus was detected on a chopping board used by a seller of imported salmon at Xinfadi market. China imports about 80,000 tons of chilled and frozen salmon each year, mainly from Chile, Norway, Faroe Islands, Australia and Canada.”

Just like the pump handle John Snow removed to stop London’s 1854 cholera epidemic, there is something appealingly specific about this discovery. Will that chopping board be the harbinger of a second wave of Covid-19 in China? Is geopolitics implicated in the reference to salmon from Australia and Canada, two members of the “five-eyes” intelligence network being urged by security hawks to morph into an anti-China trading platform? What will be the temperature of the looming war: chilled or frozen?

Official accounts from China have poured cold water on the salmon theory, although some reports suggest that genomic analysis has found the newly identified strain of the virus to be from Europe. Nor should this outbreak be called a second wave — at least not yet. China celebrated its first day with zero locally acquired cases back on 19 March, and for the past three months new local cases have bumped along pretty much at zero or in the low single digits, so this outbreak is certainly larger. But that doesn’t mean it will necessarily spiral out of control, especially with Beijing’s swift deployment of mass testing and localised lockdown.

As in China, Australia’s epidemic is well controlled, and this is the reality we can expect for the foreseeable future — very few cases, mostly among travellers, and the occasional community outbreak, especially as workplaces become busy again. Everywhere, meat processing plants have proven to be especially prone to outbreaks, for reasons that aren’t well understood but may include the difficulty of social distancing and disinfection compounded by the industry’s notoriously poor labour practices.

It’s all part of what Tomas Pueyo calls “the hammer and the dance” — the largely successful outbreak-and-response strategy of countries containing the epidemic. Pueyo’s ability to coin a good phrase has helped him become perhaps the most prominent “lay” commentator to have emerged thus far in the pandemic.

There is no doubting that second waves of Covid-19 are inevitable. The only issue will be their size and the degree of resistance to reimposed bans on public gatherings and closures of schools and workplaces. For Australia and other southern hemisphere countries, the onset of winter and the normal seasonal surge in flu means the coming three months will be the most critical phase of the epidemic thus far. Little wonder then that the promise of a vaccine is so tantalising an escape route.

The World Health Organization’s list of vaccines under development now includes ten in clinical development and a further 126 at the pre-clinical stage. The race is being conducted in markedly different ways. In the United States, Operation Warp Speed retains its nationalist flavour, refusing to contemplate Chinese vaccine candidates. US authorities have settled on a small handful of prospects, including the much-hyped messenger RNA candidate from Moderna, which announced on 11 June that it had finalised preparations to move to phase III testing on humans.

Although the University of Queensland’s vaccine candidate was apparently on Warp Speed’s shortlist of eighteen candidates, it appears not to have made the final cut, but it is receiving support from the global CEPI alliance of public, private and non-profit organisations. Meanwhile, promising safety and efficacy results for China’s candidate have propelled it into phase III trials, but new cases have become so scarce in that country that trials have been moved to Brazil.

It is widely held that some sort of managed competition will be the quickest route to an effective vaccine, but already a proliferation of global alliances are offering to shepherd the process. Gavi, the global non-profit vaccines alliance, held its quinquennial replenishment meeting on 4 June, hosted by British prime minister Boris Johnson. US$8.8 billion was raised, including a billion dollars from the United States — there was a supportive message from Donald Trump — and Australia upped its contribution to $300 million.

Gavi has been a leading proponent of “advance commitments” to overcome market failure in vaccine development, locking in purchases ahead of development to reduce the risk to vaccine producers. It has launched such a scheme for a Covid-19 vaccine, reckoning that a US$2 billion fund would be enough to “enable twenty million healthcare workers to be vaccinated, create a stockpile necessary to deal with emergency outbreaks, and start establishing production capacity to vaccinate additional high-priority groups.”

Meanwhile, the pharmaceutical industry and public universities provide two contrasting models of how to get to a vaccine. Imperial College has launched VacEquity, a social enterprise to oversee the manufacture of its vaccine (if successful) as a globally available public good. “Right now we think the focus should be on how to solve the problem rather than how to make money out of it,” says Simon Hepworth, the college’s director of enterprise. Pharmaceutical giant Pfizer has partnered with BioNTech to combine its own experience in navigating the regulatory and production pathways with BioNTech’s messenger RNA candidate, even refusing government funding support on the grounds it would complicate and therefore slow its single-minded pursuit of an effective vaccine.

The danger is that the current Covid-19 vaccine landscape is sharing too few eggs around too many baskets. An interesting way of making sense of it all comes from the Washington-based think tank, the Center for Global Development, which suggests it is best to look at the research effort as something like an investment portfolio that deliberately tries to cover all bases — not only the type of vaccine developed but also how its manufacture can be scaled up and how it will eventually be used in different populations.

Vaccine anticipation is not without its drawbacks. On the model of flu vaccination, even were a vaccine to prove successful it won’t necessarily provide complete protection for every person. Given the pattern of SARS-CoV-2 spread, estimates suggest that a vaccine would need to be 70 per cent effective to be able to replace social distancing.

Perhaps more importantly, though, waiting for a vaccine might be like waiting for Godot. We can distract ourselves along the way — planning the push and pull mechanisms to be used if the much-desired breakthrough occurs, for example — but our hopes of a vaccine will risk diverting us from other ways of dealing with the acute pandemic crisis. I can’t help but be reminded of the AIDS experience: for decades, the refrain was “only a vaccine will really bring the epidemic under control.” That vaccine still hasn’t arrived, but in the meantime some countries committed to minimising new HIV infections and AIDS deaths with the full range of the social and medical innovations to hand, and those that didn’t continue to pay the price. • 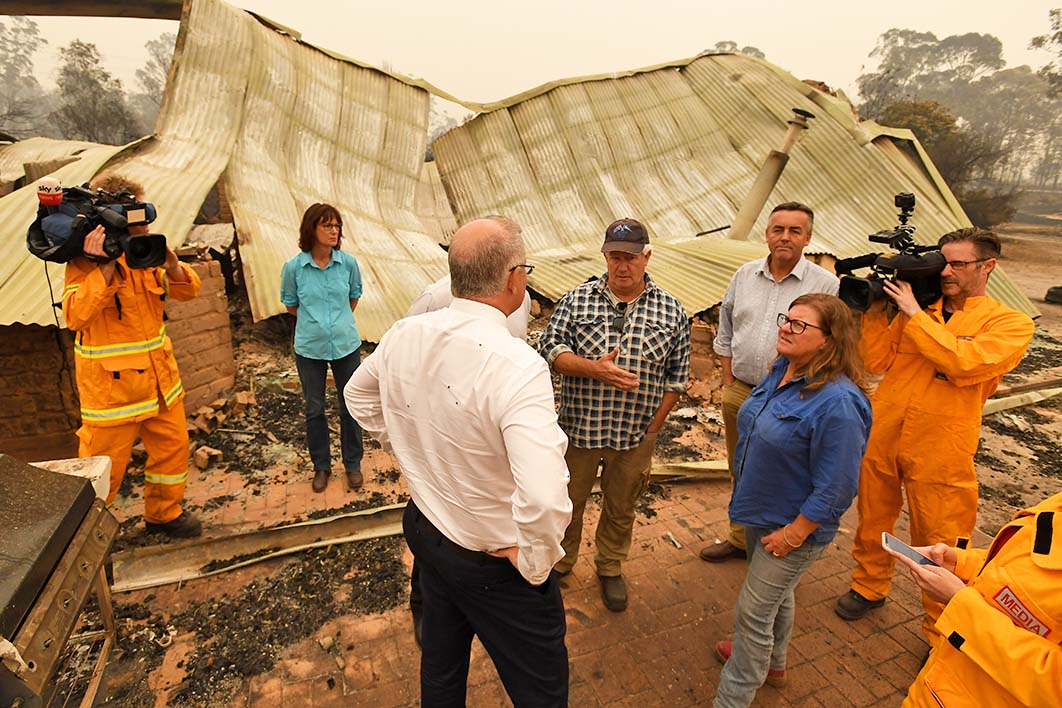