Will we ever know what Scott Morrison promised Michael McCormack? 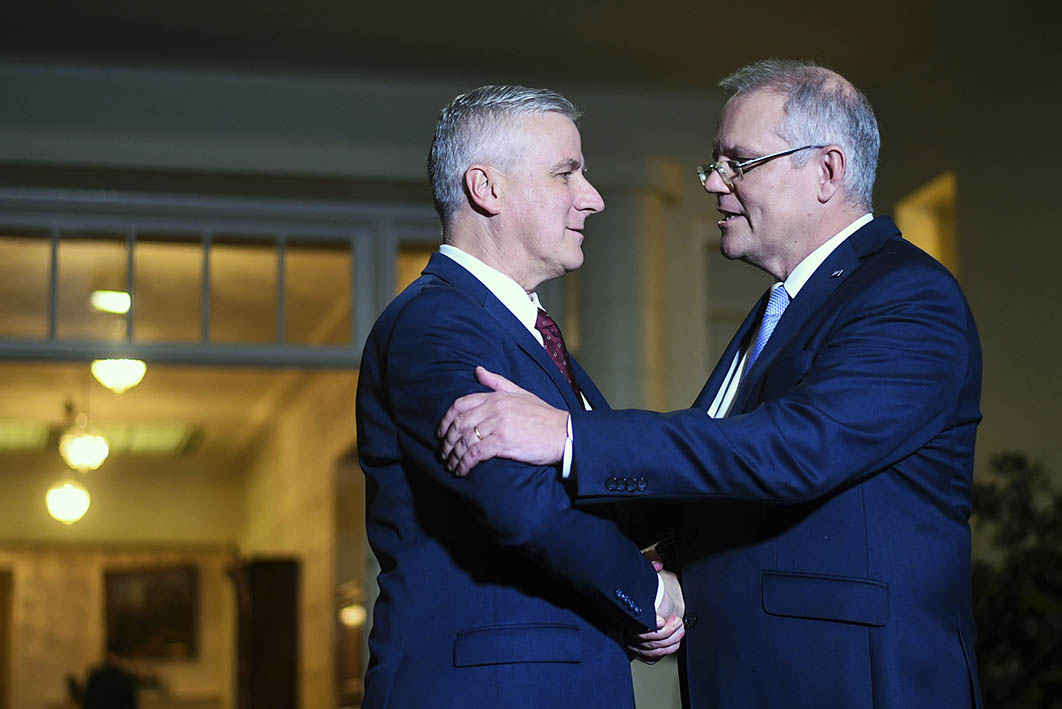 Imagine the next election is tight. Imagine Labor has the most seats but must rely on the Greens to form government. Imagine Labor’s leader Bill Shorten and the Greens leader Richard Di Natale sit down, do a bit of horse trading, and knock out an agreement on how things will work. Now imagine this: imagine they keep it secret.

Imagine they don’t put it up on their party websites. Imagine they keep it locked in the bottom drawer of a filing cabinet. (And imagine that the filing cabinet never gets on-sold to an office furniture retailer in Fyshwick.)

Imagine the look on Ray Hadley’s face. Imagine the editorials in the Australian. Imagine the stratospherically high dudgeon of Tony Abbott.

You might say that such a travesty of democratic values could never happen in Australia. But you would be wrong. It happens every time we get a new leader of the Liberal Party — quite often, in other words.

The Coalition agreement that governs the relationship between the Liberal Party and the National Party is secretly renegotiated every time there is a change of leader.

It’s said to set out how many boys and girls from the bush get their R.M. Williams boots under the cabinet table. But, of course, we don’t know for sure. It’s a secret.

The secret Coalition agreement negotiated between Barnaby Joyce and Malcolm Turnbull in 2016 was understood to include a proviso that there would be no conscience vote on same-sex marriage, an agreement that there would be no price placed on carbon, and a commitment by the Liberals to support a $10 billion inland rail corridor. But no one knows for sure. As I said: it’s a secret.

Asked at the time about what he hoped the new agreement would cover, Barnaby Joyce answered with admirable candour: “The first aspiration is that the agreement remains confidential. That’s aspiration one, two, three, four, five, and six.”

Just hours after the Liberal leadership vote last Friday — before the blood on the walls had even dried — the Nationals were already lobbying for a new, updated secret Coalition agreement. They let it be known that they wanted the regional and local government portfolio back, a new agricultural visa (for more fruit pickers, presumably) and money for more dams — bless them.

By the end of the weekend the details had been worked out in a series of closed meetings — and then not published.

The National Party’s leader, Michael McCormack, was at his avuncular best on RN Breakfast this morning, describing the secret Coalition agreement as “an administrative document.”

A day after his party’s blissful re-consummation of its relationship with the Liberal Party, Fran Kelly asked the obvious question: “Will you release it in the interests of transparency?” To which the deputy prime minister of one of the oldest democracies on earth replied: “No, no, we’ve never released it. It’s a decades-long decision not to release it.” Well that’s all right, then, isn’t it?

In recent months, the Labor Party’s shadow agriculture minister, Joel Fitzgibbon, has been campaigning for the release of the agreement using freedom of information applications and even the court system, but has so far been unsuccessful.

Labor scents a political advantage in seeing the agreement released, of course, but it is also good public policy. In New Zealand and Britain, similar agreements between parties are detailed and publicly available. When Julia Gillard formed a minority government with the independents Tony Windsor and Rob Oakeshott — both former Nationals — a copy of their agreement was made freely available.

In a digital age, how can this lack of transparency continue to be justified with a straight face?

Remember that obscure National Party member Kevin Hogan, who made a bid for folk hero status during all that unpleasantness in Canberra last week by vaguely threatening to relocate to the crossbenches if Peter Dutton ended up as PM?

Mr Hogan is deputy speaker of the House and member for the marginal seat of Page, on the north coast of New South Wales. Even though he is looking at a very tough battle to retain his seat, I refuse to believe his move was motivated by anything as base as his desire for political survival. Obviously he is a deeply honourable MP, steeped in the theory and practice of democracy. So I fully expect him to defend Australia’s hard-won democratic values by going to the crossbenches, and sitting there until the secret Coalition agreement has its own Facebook page.

Until that happens, don’t forget a vote for the Liberal Party is also a vote for the contents of a secret document drafted by the proverbial “faceless men” of the National Party. ●

Notes from a prime ministerial assassination 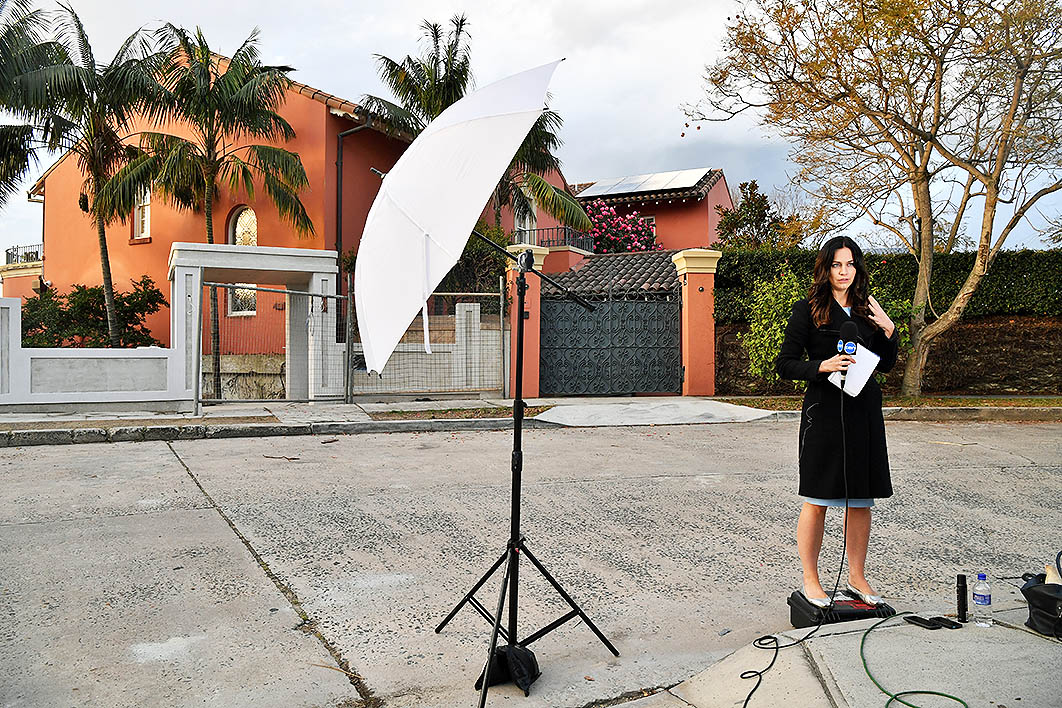