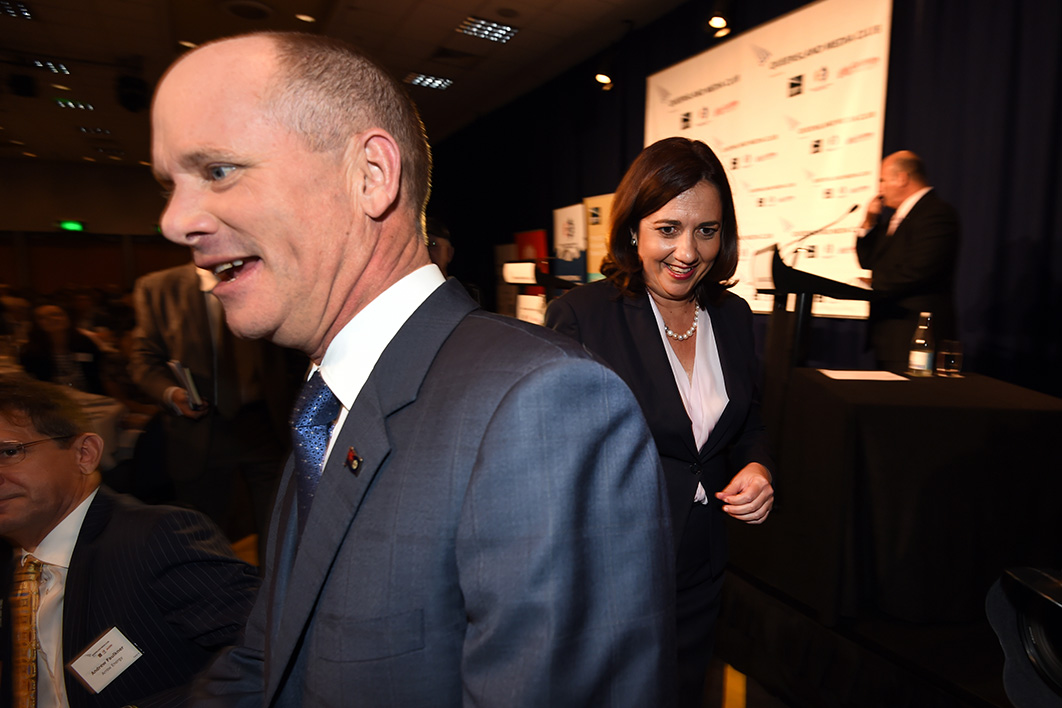 Every so often prominent former politicians create headlines — invariably featuring the word “shock” — when they quit their party. Such was the case when former Liberal prime ministers John Gorton and Malcolm Fraser handed back their membership cards, but to those who follow politics closely their announcements were more a surprise than a shock — surprise that they had stayed so long in the party.

Both men had diverged sharply from Liberal orthodoxy: Gorton having supported the decriminalisation of cannabis and Fraser advocating a republic and better treatment of refugees. But the latest “shock” resignation — that of former Queensland premier Campbell Newman from the Liberal National Party — elicits surprise for another reason, based on his having presided over one of the most spectacular political failures in recent history.

Newman might nominally have been a party elder and member of the LNP’s inner circle since his government’s defeat in 2015, but he has remained a walking reminder of the failure of the LNP project — the merger in 2008 of the Liberal Party and the Nationals in Queensland.

Only in the highly decentralised Queensland were the city-based Liberals subservient to the rural Nationals (formerly the Country Party) within the Coalition. Tensions grew in the 1980s under the Nationals premier Joh Bjelke-Petersen, who contrived to force the Liberals out of government before sabotaging the Coalition’s hopes in the 1987 federal election with his “Joh for PM” campaign.

A merged party has always been resisted elsewhere in Australia on the grounds that it ran the risk of enabling far-right parties to emerge if the Nationals were perceived to be abandoning their rural base. But it seemed simpler in Queensland where, its proponents argued, a merger would prevent the three-cornered Labor–National–Liberal contests that were so damaging for the conservative parties.

The reality has been somewhat different. Since the merger, the LNP has won just one election — an extraordinary landslide in 2012, in which it obtained 49.6 per cent of first preferences and left Labor with just seven seats in a house of eighty-nine. Just as spectacular, however, was the LNP’s defeat at the next election, when it lost thirty-four seats. There was no mystery about the cause: it was one of the most inept governments in Australian history. Having commanded a majority in a single-house parliament that most parties wouldn’t dare dream about, it squandered the opportunity — and much of the blame rested with Newman and the ministry he chose.

Newman’s resignation statement appeared to be aimed at the federal Coalition as much as the LNP, although he seized on a weekend by-election result in the safe Labor seat of Stretton, tweeting: “LNP Primary vote in Stretton in 2015 election ‘disaster’ 37.9%. Six and a half years on in 2021 it’s 32.6%.” The Stretton vote of 37.9 per cent, you’ll have guessed, was recorded at the end of Newman’s premiership.

Newman also declared that the Palaszczuk government’s response to the pandemic was “the last straw” and accused the Coalition of abandoning its principles in federal and state politics across Australia. He was, he added, “dismayed that the political wing has failed to stand up for our core values of fiscal responsibility, smaller government, support for small business, the elimination of red tape and the defence of free speech and liberty.” He indicated a possible return to politics via the Senate, possibly as an independent or in a new party.

Quite apart from its electoral failures, the party he is leaving is suffering from internal turmoil. Squabbling within the party organisation undermined former leader Deb Frecklington in the crucial final weeks of the 2020 election, which saw the party end up with just 35.9 per cent of the vote.

Other states have looked at the merger with distaste, and it is unlikely to be emulated outside Queensland and the Northern Territory (where the party has long been a single entity). The merger has also had an impact on the Coalition in Canberra, its machinations having been instrumental in the coup that returned Barnaby Joyce to the Nationals leadership.

Unless his resignation blast is just bluster from an aggrieved warrior, it might well be that Campbell Newman, the son of two former Liberal ministers, will set out to do at the next federal election what Bjelke-Petersen tried in 1987. But it’s hard to see a “Cam for PM” campaign ending any differently from the risible shambles launched by his colourful Queensland predecessor — though its potential for disruption remains very real. •