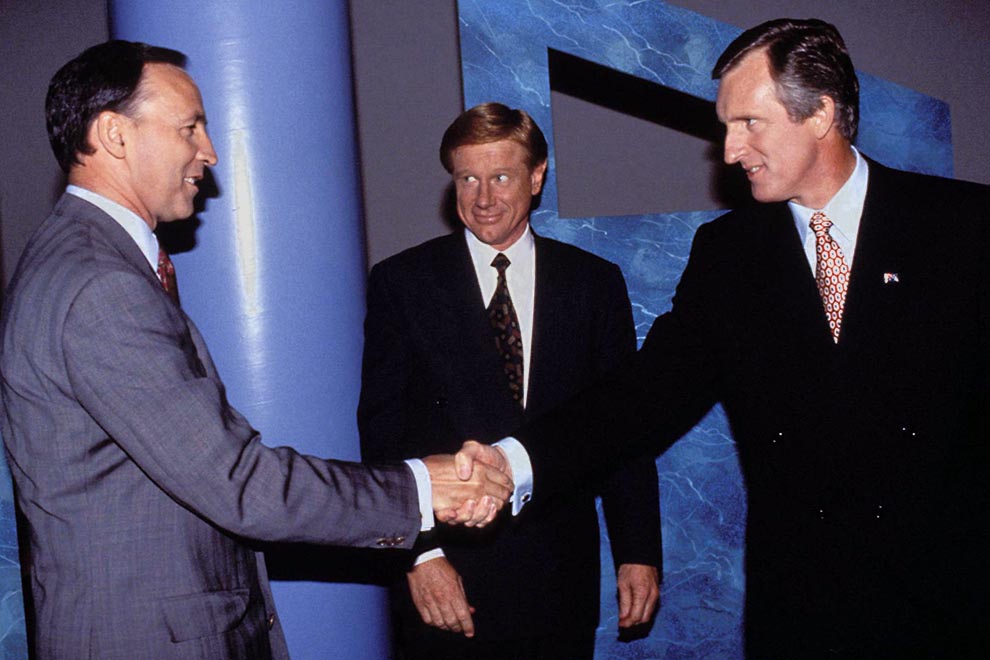 It’s March 1993, and detailed plans for the first six weeks of a Hewson government are carefully arranged in plastic-covered booklets and packed into two suitcases, ready to be popped open with the champagne on election night. Much is spelled out, from how the governor-general formally appoints a prime minister and how long it will take to get computers running in ministers’ offices to the new government’s plan to reorganise the federal bureaucracy. The documents represent three years of research, discussion papers and proposals – some of them publicly released, including the bulky Fightback! plan – all of it overseen by the Transition to Government Committee. With this kind of planning, John Hewson’s Coalition government would hit the ground running.

Rather than being a celebration, though, the election-night party is a scene of disappointment and commiseration. The unlosable election has been lost, and no one seems to know what happened to the two suitcases.

Yet that approach had its downside too. The Rudd and Abbott governments, both of which had won office as small targets, struggled to make a successful transition from opposition. Perhaps it’s time to admit that we have learnt the wrong lessons from Fightback!.

The first thing the parties need to recognise is that what we see as the first successful small-target campaign – John Howard’s 1996 election-winning strategy – was not as small as contemporary Labor and Coalition figures like to believe. By the time Howard was drafted into the Liberal leadership in 1995 he had been in politics for more than twenty years, serving as treasurer under prime minister Malcolm Fraser and taking many hits for his dogged advocacy of a socially conservative policies combined with more open markets. By 1989 he was so wedded to his ideological beliefs that he was effectively a factional leader rather than leader of the Liberal Party.

By 1995, as a wiser and more temperate leader, Howard was able to dump his most poisonous baggage – the Coalition’s longstanding opposition to Medicare and his own controversial position on Asian immigration – yet retain the commitment to economic liberalisation. In many ways he was already a walking policy manifesto, and he used a series of headland speeches to refresh, smooth out and reframe that persona. This was a luxury that neither Rudd nor Abbott enjoyed to the same extent when they led the opposition.

The second lesson that got lost in the reaction to Fightback! is that policy management, which came to the fore after Hewson’s failure, shouldn’t be confused with policy thinking. Policy thinking is the development of a course of action, usually inspired by the values of one’s own party and conditions in civil society. Deriving from a party’s philosophy and values, policy thinking creates a party’s agenda and signals its future direction.

Policy management, on the other hand, is concerned with how a party’s policy ideas fit into the overall narrative it constructs about itself and its opponents. It deals with the conundrum of how a policy package will be structured to maximise its appeal. (This typically boils down to determining who are the winners and losers if we change the status quo.) But it also calibrates a policy idea to the realities of contemporary politics. It asks how a policy position differs from the government’s stance, and whether it will set the agenda and force the government to respond. And it can involve the timing of a policy’s release, how much emphasis the party places on the policy within its overall electoral strategy, and other strategic considerations.

Since 1993, we’ve seen the ill effects of an overemphasis on policy management. Consider the Howard government’s narrow victory in 1998 and Julia Gillard’s hung result in 2010. In each case, the losing party’s response to these near victories was policy stasis. Given that government seemed within reach, locking in policy and riding a wave of discontent into office at the next election appeared to be a logical response. Yet, as we saw, this strategy failed to consider that the environment would inevitably have changed by the next election. Parties often take more than one electoral cycle to renew their thinking and their personnel; standing still retards a party’s ability to position itself for the long term or to think deeply about what to do with power once it is achieved.

In combination with a tactical focus on winning the daily media cycle – which Abbott and Rudd both pursued in opposition and Rudd, in particular, carried over into government – this lack of policy development not only placed a premium on short-termism but also contributed to the slow deskilling of politicians in the critical arts of clear explanation and persuasion. An emphasis on winning the daily media cycle reflects a preoccupation with issues management; when it is part of a small-target strategy, it means choosing the safer course of limiting and controlling discussion around ideas rather than opening them up for debate.

This is not a new problem for political parties. In fact, learning to balance policy thinking and policy management is the stuff of party politics in a Westminster system. When it was in opposition during the 1980s and early 1990s, the Coalition vacillated between opportunism and policy purity, and struggled to get the balance right. Earlier, in the great rush to implement his policy platform, Gough Whitlam failed to recalibrate his policies for the rapidly shifting ground of the mid 1970s. Earlier still, Robert Menzies, in a 1948 article for the New York Times Magazine, reflected on this very problem:

We have concentrated upon its scientific aspects – the measurement and estimation of economic trends, the organisation of finance, the devising of plans for social security, the discovery of what to do. We have neglected it as an art, the delineating and practice of how and when to do these things and, above all, how to persuade a self-governing people to accept and loyally observe them.

While we can certainly demand more of our politicians, we should not underestimate how difficult policy crafting is for oppositions. The current Labor opposition, for instance, is a small team of about eighty non-experts, served by a yet smaller team of about fifty, many of whom are also non-experts. The party has limited financial resources to undertake research, which means it is in a structurally less favourable position than the government to set the agenda. Designing policy for the twelfth-largest economy in the world using these resources is undoubtedly challenging, but a competitive tension between policy ideas and policy management remains a necessity.

The final lesson of the Hewson experience for the current opposition party, Labor, lies in its own history of significant policy development and transition-to-government planning. Whitlam’s platform was developed over several years and used to devastating effect in setting the agenda for the nation and capturing the imagination of a new generation living in the suburbs. More significant still was the planning undertaken during the leadership of Bill Hayden, which engaged with both policy thinking, through the Labor Essays book series, and questions of governance, in the Labor and Quality of Government report. Labor sought to learn from the mistakes of the Whitlam era and to establish how it would manage the tension between caucus and executive government as well as how it would govern in the conditions of the 1980s.

The mere act of thinking about how power will be managed between party and executive, and between citizens, vested interests and states, raises difficult questions that political parties need to answer if they are to wield power. Considering how policies will be delivered militates against rash promises (at least somewhat) and forces parties to construct narratives that have much more in common with the real state of the world than the plans we’ve seen lately from both sides of politics.

Governing is hard enough without having to work out what to do with that power at the same time. Parties are confronted with the winding-down of the post-1983 reform cycle and the gradual crumbling of old policy orthodoxies, and they are increasingly unable to meet the expectations of citizens today. Rather than cause for alarm, this is a sign that creativity and bold thinking are required to take Australia into a new age. As Menzies would have put it, not only do we need the what, but we also need the skills to delineate the how and when “to persuade a self-governing people to accept and loyally observe” coherent plans for change. •

Marija Taflaga is a PhD candidate at the Australian National University and blogs about Australian politics at Political Animals. 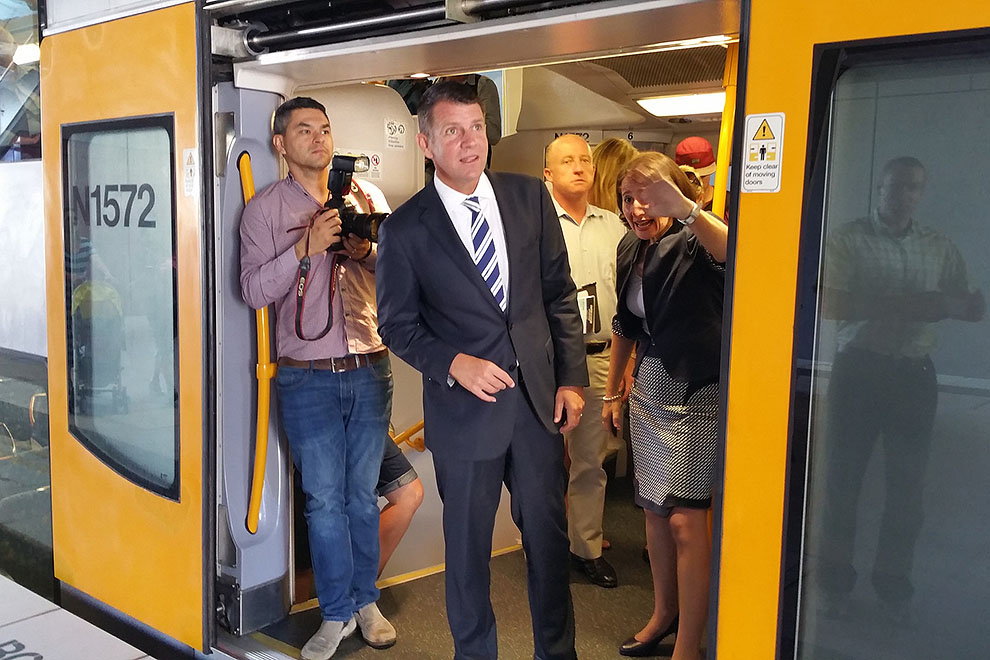