So far, so good for South Australia’s energy future

With coal on the way out, the state’s prospects are bright, says the businessman who backs Labor’s energy plans 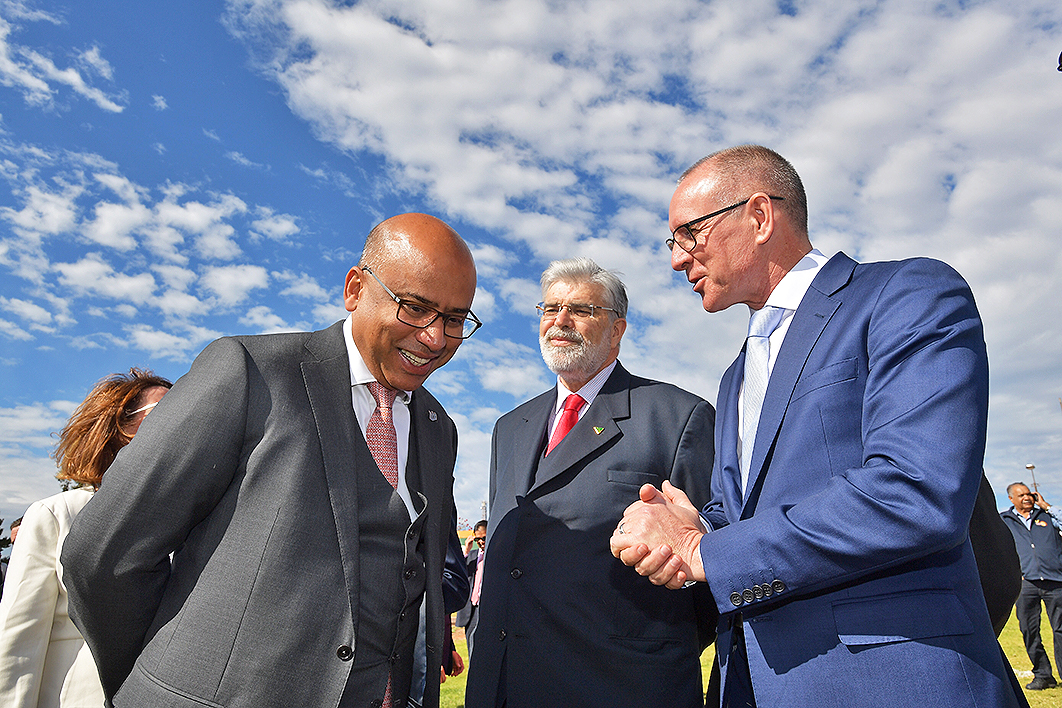 “I don’t think I’ve ever invested in a more open society,” says the British entrepreneur Sanjeev Gupta. He is talking not about Britain, where his global business empire is based, or India, where he was born, but Australia. Here, he is investing at least $1 billion reviving the steelworks at Whyalla, in South Australia, and launching renewable energy projects. “Access to politicians is more open and casual than in Europe,” he says. “I have met the highest level of people here when they were dressed in shorts sitting in cafes.”

Outwardly, at least, Gupta himself has adopted some of this casual culture. Speaking in his Sydney office, he wears a white shirt, dark blue trousers, a light blue jacket and R.M. Williams riding boots. Since he bought the failed Whyalla steelworks company Arrium out of administration six months ago, his family has moved to Australia. They live in Sydney’s eastern suburbs, where his children attend private schools. “In a short space of time, it has become home,” he says. “We have had a very accepting reception.”

But Gupta’s business trajectory in Australia has been anything but casual. A month after buying the steelworks through his company GFG Alliance, he acquired a majority stake in Zen Energy, an Australian solar energy and battery storage company, then chaired by the economist Ross Garnaut. Through the renamed company, Simec Zen, Gupta plans to cut the steelworks’ energy costs by installing solar and battery technology that will feed into the national energy grid as well. “The energy investment is a key aspect,” he says.

He is also embarking on a pumped-hydro storage project, to be built in a disused pit in the adjacent Middleback Ranges among iron ore mines that came with the steelworks sale. And less than four months after he acquired Zen, he bought from resources company Glencore a mine in New South Wales producing coking coal, another steelmaking ingredient.

Integration like this is the name of Gupta’s game. He aims to increase the Whyalla steelworks’ output by about a third over the next couple of years, and to integrate sales with those from other steel businesses he has rescued, including in Britain. “It’s a tall order,” he says. “So far, so good. With the right integration with plants outside Australia, it will stack up.”

The pace of Gupta’s operations is almost matched by those of other foreign companies that have flocked to underwrite renewable energy projects in South Australia over the past year. Last March Jay Weatherill, the Labor premier, launched a plan for South Australia to “take charge” of its own energy strategy. His government backed it with $550 million. The trigger was the statewide blackout in September 2016, after a freak storm separated South Australia from the national electricity grid; more blackouts followed in early 2017.

South Australia closed its last coal-fired power station in 2016. Weatherill’s plan encourages investment instead in solar and wind renewable energy sources, a new government-built gas-fired plant and battery storage to stabilise the power system. The plan drew Elon Musk, a Silicon Valley entrepreneur, to install the world’s biggest lithium-ion battery outside Jamestown, north of Adelaide, through his company Tesla. It came on stream in December. Neoen, a French renewables company, now owns and runs the battery in conjunction with its adjacent ninety-nine-turbine wind farm.

Tesla is also building a “virtual power plant” in South Australia to link 50,000 homes with solar panels and batteries. Solar Reserve, an American company, is embarking on a solar thermal plant at Port Augusta, which purportedly will produce enough energy by 2020 to meet all the SA government’s own needs. And Neoen is planning a solar and wind-powered plant at Crystal Brook to produce hydrogen energy for export.

Already, almost half of South Australia’s electricity comes from wind and solar power, the rest mainly from gas. This puts South Australia closer to countries like Iceland, Sweden, Norway and New Zealand in its use of renewables than to Australia as a whole. During the current state election campaign, Weatherill announced an even higher renewables target: 75 per cent by 2025. The Turnbull government has attacked his renewables strategy, blaming it for high electricity prices and unreliable supplies.

But Weatherill hopes the strategy will play well when South Australians vote this Saturday. A recent Newspoll showed that Weatherill’s renewables commitment made 32 per cent of people “more likely to vote Labor” and 22 per cent less likely. (Thirty-four per cent said it would not influence their vote.) Steven Marshall, the Liberal opposition leader, wants to scrap the renewables target and spend money on more connections linking South Australia to the eastern states within the National Electricity Market, where coal-fired power still dominates. The impact of the vote for Nick Xenophon’s new party, SA-BEST, is hard to predict; it is standing candidates in thirty-six of forty-seven lower house seats. But, after sixteen years in power, Labor faces a tight contest.

Whyalla could be a testing ground. When I visited the city two years ago Arrium, the company that then owned the steelworks, had recently gone into administration. After producing steel for sixty-nine years, Whyalla was facing an uncertain future. South Australia’s car factories were also shedding jobs as the last of them prepared to close in 2017. It seemed as if the state’s old manufacturing industries were tottering before the forces of globalisation.

Gupta’s investment has restored a sense of confidence in Whyalla, at least. He supports more energy interconnectors to the National Electricity Market (“Without more, South Australia has a limited role”). But he’s also a champion of the state’s renewables strategy. He has made renewable and low-carbon energy a focus of his manufacturing businesses globally.

His plan to build pumped-hydro power for the Whyalla steelworks has even captured federal attention. The Australian Renewable Energy Agency, the federal body that invests in renewables projects, has offered $500,000 for a pre-feasibility study on this one. (After Julia Gillard’s Labor government set up the agency, Tony Abbott as Liberal prime minister tried to abolish it. Malcolm Turnbull, Abbott’s successor, has kept it going with a reduced budget.)

“Renewable energy is a given for Australia,” says Gupta. “It’s only a matter of time. The next generation will expect it. The country has abundant natural resources of wind and sun. It’s where the world is heading. I think South Australia can become a hub of energy-intensive industries. That will encourage, in turn, more investment in renewables industries.”

He is equally certain that coal, Australia’s second-biggest export industry after iron ore, is in decline. “It may have a future, but not in the generation of power,” he says. “We’re past the turning point for coal. China can’t continue to grow the way it’s doing. Eventually it will plateau, and when that happens it won’t need iron ore and coal from Australia.

“That’s the problem I have with Australia’s resource export model. You could argue that twenty-six years without a recession in Australia means it must be doing something right. That works as long as resources are needed. But all countries have to work hard to innovate. A good thing about Australia is that there’s a lot of innovation at the base, in universities. But it often doesn’t get the commercial support it needs.”

That leads Gupta to offer his observations on what he thinks is holding Australia back. The egalitarian shorts-and-coffee culture encourages him: “You need industry and government to work together when you want to make things happen.” But the political caterwauling between federal and state governments, of the type that has plagued energy policy for years, dismays him. “It doesn’t work. A lot of time is lost in these conflicts. I’ve seen more time lost in political conflict in Australia than in Britain.”

Gupta speaks positively about the state that is now the focus of his Australian investments. “South Australia has too often felt like a poor cousin. Yet Adelaide has all the attributes to be a great city: universities, beaches, culture and great properties. If we can solve energy in South Australia, the state can lead in bringing down Australia’s energy costs, which will attract more industries to invest.” His own investments in Whyalla do not stop at steel. He wants to redevelop its waterfront with a fairground, restaurants and an upmarket hotel.

Gupta is pleased to be investing in Australia at a time when we are forging closer ties with the country of his birth. India is now Australia’s biggest source of immigrants, driven partly by a rise in the number of students from India. “Too many economic opportunities between Australia and India have been missed,” he says. “For Australia, China is today, India is tomorrow.” ● 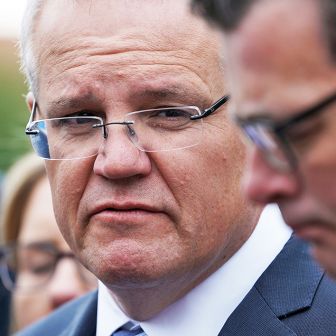 National Affairs The gloves are off Peter Brent 10 September 2020 Normal hostilities have resumed, and the target is the Liberals’ bête noire, Dan Andrews. Next up, Annastacia Palaszczuk… 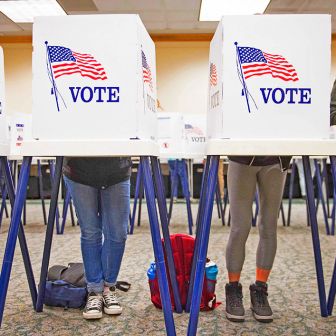 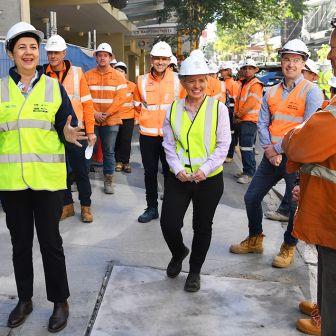 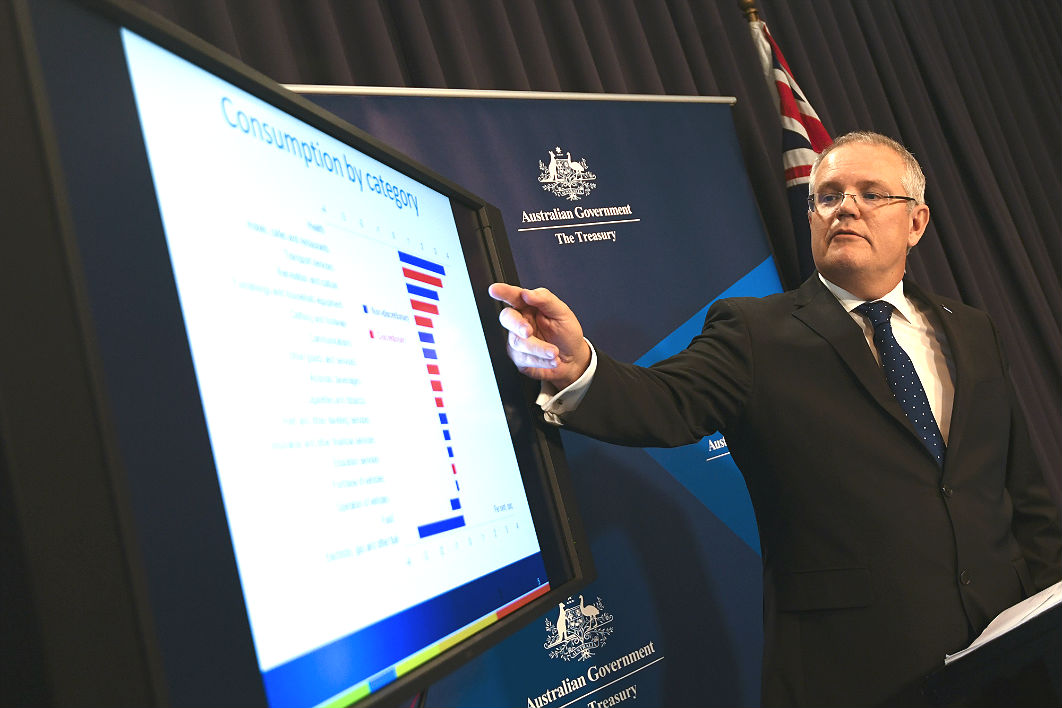