Social protection and the viral recession

So far, Australia’s help for employees displaced, self-isolating or ill has been less than generous 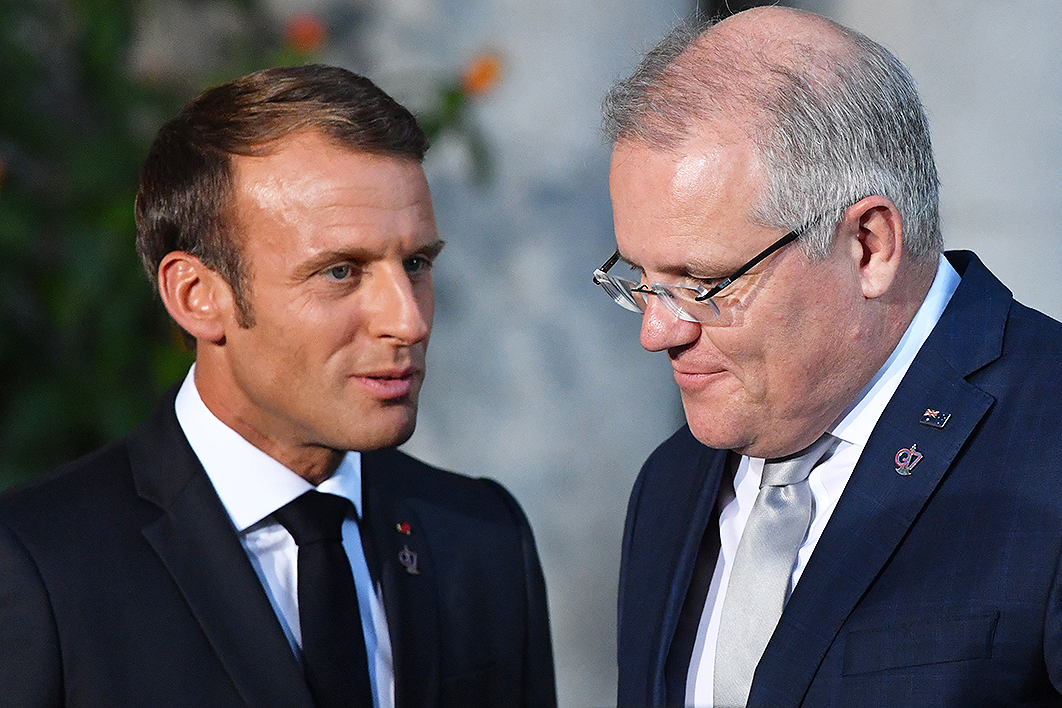 If the Australian Financial Review is right, the federal government is considering a new transitional income support payment for workers who lose their jobs because of the coronavirus crisis. The temporary payment, a central feature of a package that will be “more about survival than stimulus,” will be set at a higher rate than Newstart. Applicants won’t face a waiting period for payments.

If this new payment does feature in the second stimulus package, the government will be following the advice of economists from both the left and the right. Conservative economist Greg Mankiw, for example, who chaired George W. Bush’s Council of Economic Advisers, says that “fiscal policymakers should focus not on aggregate demand but on social insurance.” His counterpart in Barack Obama’s White House, Jason Furman, agrees:

Do as much as possible using existing structures and previous laws. For paid leave, you need to invent something new because there is no structure there. But for almost everything else, you can use unemployment insurance, the SNAP program, Medicaid. Once you get through everything on health and everything targeted, you still have two problems: One is you potentially have tens of millions of people in great need who aren’t eligible for one of those programs. Second, the total amount, even if you max out on health and targeted [programs], just isn’t as large as what could be helpful economically. So the third thing I’d do is get people cash.

In many Western countries, most people are eligible for generous unemployment insurance that is paid automatically when employed people find themselves unable to work. But Australia’s system of social protection is quite different, and singularly unsuited to filling the income gaps that come with widespread illness and possible economic collapse. The federal government’s new payment may fill part of the gap — but will it go far enough? Are other countries acting in ways we should consider?

Most other countries have a combination of unemployment insurance for people who lose their jobs (typically paid for between six months and two years) and a social assistance payment for those who are entering the labour force but yet to find work, are leaving casual employment, or are unemployed for a longer period. Unemployment insurance typically provides a significant fraction of the individual’s normal earnings, though for a limited period. As well as helping people cope with unemployment it is a significant part of the “automatic stabilisers” that help maintain demand in the face of recessionary shocks.

By contrast, Australia’s JobSeeker payment (which replaces Newstart today) is a means-tested benefit paid at a very low rate — less than 40 per cent of the minimum wage. When assistance with housing costs is taken into account, it is the lowest jobless benefit relative to wages among the twenty-seven OECD countries. Moreover, the means-testing and waiting periods built into the system can stop people with working spouses or accessible savings from receiving any support whatsoever.

For the 37 per cent of the Australian workforce without paid sick leave, support during illness (or self-quarantine) is also very limited. In fact, when it comes to sick leave, we’re not much better prepared for coronavirus than the United States, although the government has recently said it will relax the current one-week waiting period for payments.

WHAT ARE OTHER COUNTRIES DOING?

In New Zealand, the country whose social security system is most like our own, the government announced a stimulus package totalling 4 per cent of GDP earlier this week. Among NZ$2.8 billion in initial income support and stimulus measures are a permanent weekly across-the-board NZ$25 increase in benefits from 1 April, a doubling of the Winter Energy Payment for 2020, and the removal of the hours test from the in-work tax credit.

A new Covid-19 leave payment scheme will provide support through employers (and to sole traders and the self-employed) for people unable to work because they are sick, in self-isolation or caring for dependants in either of these circumstances. Employers will still be expected to meet all of their sick leave and other employment entitlements. For those who are self-isolating, the entitlement period will be fourteen days; those who contract Covid-19 will be covered for the entire period of illness.

Full-time workers will receive NZ$585 per week under the scheme — close to 90 per cent of New Zealand’s minimum wage and an increase of 167 per cent on normal rates of support. (Although existing jobseeker support is only NZ$214 per week after tax in New Zealand, its accommodation supplement provides much higher levels of support for housing costs.) The scheme is open to all firms, and to the self-employed and contractors, but not to those who can work from home.

The scheme will initially run for eight weeks, at which point the government will reassess. Employers will have to declare that they meet the criteria for receiving this funding, and the government has made it clear that any false declaration would constitute fraud.

Ireland is also introducing a Covid-19 Pandemic Unemployment Payment for employees and self-employed people who lose their jobs or are changed to part-time or casual work. The payment has a simple one-page application form — a striking contrast with the thirty-five-page claim form for Australia’s existing Australian Sickness Allowance (now being phased out) — and will be paid at a flat rate of €203 per week, or more than half the minimum wage, for up to six weeks. Recipients will be required to use that time to apply for the normal jobseekers payments.

France’s government announced last week that it would use the established principle of “technical unemployment” to enable workers to retain their jobs if they are not able to work because of self-isolation. Under the rules, workers will receive 84 per cent of their usual net salary. Companies wanting to be part of the scheme will receive a response from the ministry of work “within forty-eight hours.”

In an address to the nation earlier this week, French president Emmanuel Macron declared that France was “at war” and indicated that “for entrepreneurs, traders, artisans, a [new] solidarity fund will be created, funded by the State, and to which the prime minister will also propose that the regions contribute.”

Denmark announced a three-month period, until 9 June, during which the government will pay 75 per cent of employees’ salaries up to a maximum of DKK23,000 (US$3300) per month, with companies paying the remaining 25 per cent. Employees will be obliged to take five days of vacation or time off before receiving the payments.

“If there’s a big drop in activity, and production is halted, we understand the need to send home employees,” prime minister Mette Frederiksen told a press conference on 15 March. “But we ask you: Don’t fire them.”

Canada has also announced an emergency aid plan of more than 3 per cent of GDP. For households, assistance includes:

• a new Emergency Care Benefit of up to CA$900 per fortnight for up to fifteen weeks, to provide income support to workers, including the self-employed, who have to stay home and don’t qualify for paid sick leave or employment insurance

• a doubling of the homeless care program.

WHAT SHOULD AUSTRALIA DO?

Like other countries, Australia is facing both a health crisis and an economic crisis. Large sections of the economy are likely to be shut down, and widespread unemployment is likely. Dramatic responses are called for, and transfer programs to cushion these shocks should play a central part.

With the exception of New Zealand and Ireland, the other countries we’ve mentioned are building on their social insurance models by providing an insurance payment to those who are unexpectedly losing their job. If the Australian government provides similar forms of assistance to the new job losers, Australia will move closer to a social insurance model of unemployment insurance (albeit temporarily). This would better cushion people who might lose their jobs but still leaves payments for the long-term unemployed and those entering the labour force at below poverty-line levels.

Whatever its apparent virtues, the social insurance model is losing its relevance in the modern labour market. It assumes that most workers have a long-term attachment to a job; but this is becoming less and less common. Moreover, as more and more people are moving in and out of different jobs the distinction between job loss and failure to gain a job becomes less important. Especially in hospitality and entertainment — industries particularly affected by Covid-19 — many people who are working in one week will be jobseekers the next. When industries start to close down, those looking for work will be just as much affected as those losing their job.

So, while the government’s plan to introduce a temporary social insurance–type payment as a vital part of its crisis response is welcome, it should be accompanied by more adequate support for the most disadvantaged in our community. Some early indications suggest that the government might make concessions by increasing the rate of Newstart’s successor, the JobSeeker payment. As it stands, though, it is less than 40 per cent of the minimum wage. The budgetary constraints usually given as the reason for not increasing support for the unemployed should no longer apply during the crisis of 2020. •

Bruce Bradbury is an Associate Professor at the Social Policy Research Centre at UNSW.

Peter Whiteford is a Professor in the Crawford School of Public Policy at the Australian National University.