Sometimes, everyone gets it wrong

Wayne Swan looks back on twenty-five years in politics, and a big mistake 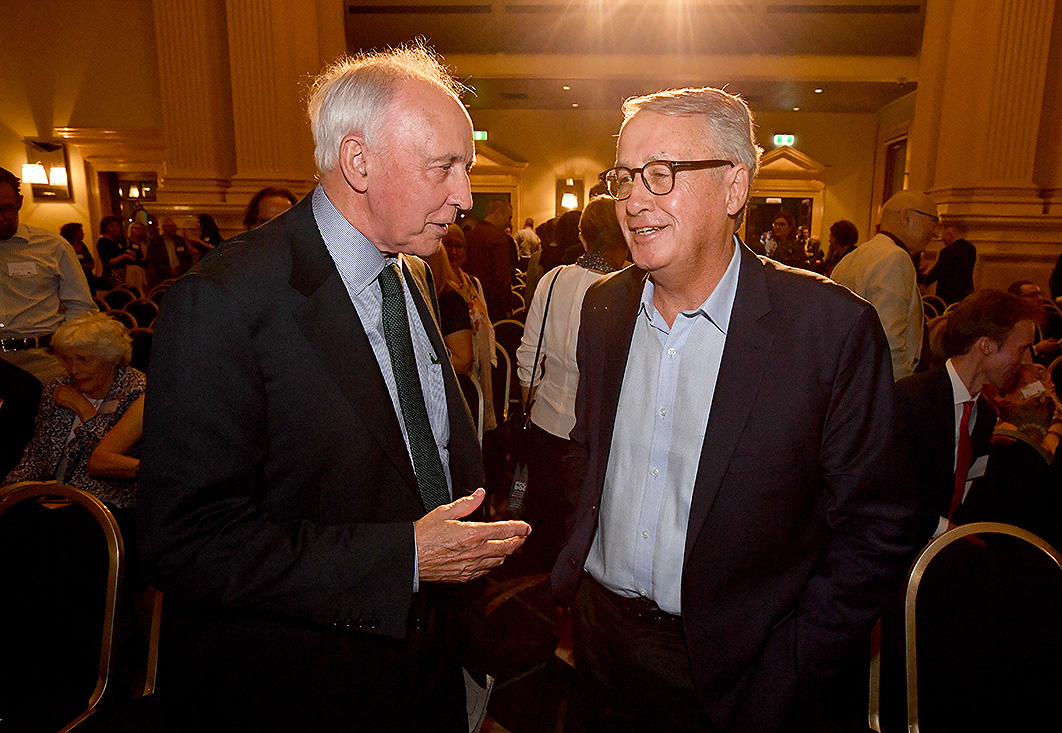 A quarter of a century ago I sat down in Parliament House to talk to one of the newcomers at the 1993 election — a composed, confident man, not yet forty, with the combative air of a gunslinger and a wary eye that sized you up carefully. Wayne Swan had just arrived from Queensland with some significant notches on his belt. As state ALP secretary, he had helped bring Labor back to office in 1989 after more than three decades in the wilderness, and he had played a key role in wresting back control of the Brisbane City Council in 1991.

Swan’s arrival in Canberra, unlike that of most newcomers, didn’t go unnoticed. It quickly became apparent (and talked about) that he was one of the very few members of caucus, and a very junior one at that, who was not in awe of prime minister Paul Keating, who had just pulled off an unlikely election win. Swan had already clashed with Keating when, in 1990, he had blocked the then treasurer from campaigning in Queensland because — as Swan told him — he was “toxic” in that state.

Elected chair of the caucus economics committee soon after he arrived in Canberra, Swan had some issues with the prime minister’s policy priorities — and he didn’t hold back. In party meetings he was more than willing to share the view, which he had expressed in a report some years earlier, that federal Labor was out of touch.

When I asked him about that at the time, he looked me in the eye and said, “Look. You don’t get anywhere in politics just by always agreeing with someone or vice versa. Sometimes, everyone gets it wrong.” In a pointed response, Keating went public about former state secretaries running their own agendas, but Swan was unrepentant.

Swan was never one to take a backward step. Now, sitting in that same building as his parliamentary career draws to a close, the sixty-four-year-old reflects on a long journey that has taken him to both dizzying heights and crashing lows. Not surprisingly, he has a few regrets — but not too many. The views that drove him back then, and when he was treasurer, still drive him.

It was ideas that drove him most of all, he told me back in 1993. And that hasn’t changed. He talks about a book he has just read, the American academic Nancy MacLean’s Democracy in Chains: The Deep History of the Radical Right’s Stealth Plan for America, detailing the efforts of the ultra-wealthy to hobble democracy and enact a radical libertarian agenda.

“There are similar currents at work here,” he says, “and we need as much as ever to understand what is happening and how to defend our basic freedoms. A dynamic and strong Labor Party is essential in this regard.”

Although he won’t recontest his seat at the next election, he is not departing politics just yet, having announced his candidacy for Labor’s national presidency and begun moving around the country on what he calls his “presidential tour.” Opposition leader Bill Shorten has backed him, as has former prime minister Julia Gillard.

He is keenly aware that the Labor Party in Australia is now something of an oddity: a healthy, vibrant political organisation at a time when similar parties elsewhere, especially in Europe, have spectacularly lost ground. “Centre-left parties around the world are performing disastrously and we have to learn from that.”

Just as he criticised Paul Keating in 1990, he adds, “We need to get away from technocratic approaches and back to a more full-throated defence of the interests of working people. We need to talk their language and connect with the things they are worried about.”

Swan says he has become increasingly disappointed with “the narrow, self-serving attitude of so many corporate leaders, without any thought whatsoever for the national interest.” He is concerned about “the highly partisan role played by the Business Council [which] needs to be targeted and dealt with. Over the years I’ve stared in the eyes of the plutocrats who run the Liberal Party. I know we need a united effort to beat them.”

As treasurer in the Rudd government, he was the architect of the fiscal policies that enabled Australia, unlike almost all other industrial countries, to avoid recession after the meltdown that quickly became the global financial crisis. His role was crucial, notwithstanding the derision from the Liberals and his own prime minister, Kevin Rudd.

The economic storm clouds had already started to gather early in 2007, before the Rudd government was elected, with the so-called sub-prime crisis erupting and more than fifty mortgage companies filing for bankruptcy in the United States. After just a few weeks in the job, Swan took a call from US treasury secretary Hank Paulson, who suggested worse might be ahead and the global consequences could be devastating.

Swan knows his history. His thoughts flew back to another Queenslander, Ted Theodore, treasurer in the Scullin Labor government, elected in 1929. Within days of taking office after thirteen years in opposition, the new government was confronted with the Wall Street Crash of 1929 and the onset of the Great Depression.

Riven by internal tensions, James Scullin and his colleagues appeared helpless. Theodore, whose economic thinking anticipated Keynes, was sidelined as corruption allegations, largely politically inspired, were investigated. The government, the Labor Party and the Australian people wallowed helplessly as the misery worsened. Was Swan set for a similar fate?

As it turned out, he presided over an “economic security strategy,” involving a stimulus package directed towards retail sales and a nation-building and jobs plan to provide work. Swan gives credit to the professionalism of senior officials at Treasury and elsewhere, as well as his own staff, for the policy work and implementation, but however one looks at it, he was the guiding force. The effort is credited with having prevented Australia from following much of the world into recession. After the first quarter of 2009, the national accounts showed that the economy had returned to growth.

The policy approach won plaudits from the International Monetary Fund and in September 2011 Swan was named Finance Minister of the Year by Euromoney magazine.

But while the worst of the economic crisis appeared to have been averted in late 2009, another one was looming within the government itself, much of it involving Rudd’s style, his micro-management and the growing paralysis. As this situation played out in 2010, with an election due, tensions came to a head in June when deputy prime minister Julia Gillard was persuaded to challenge Rudd, which she did and won. Swan, who had supported her, became deputy prime minister.

It’s history now how Gillard scraped back at the head of a minority government and Rudd, first as foreign minister and then, after his first failed challenge, as a backbencher, ruthlessly undermined her. It was a gruelling time. The government fought daily to stay afloat, sabotaged from within and attacked by sections of the media and an opportunistic opposition led by Tony Abbott.

The unravelling of the Rudd–Swan relationship is one of the great dramatic sideshows in Australian politics. The two of them attended Nambour High School, although Rudd was three years younger and they didn’t know each other. In 2007, shortly before winning government, both returned to their old school, with Rudd telling students that he and Swan were not always on the same team.

But they had been close as rising Queensland Labor stars in the 1990s — so close, in fact, that Rudd became godfather to Swan’s son Matt. The bond, although fraying, held up until 2005 when Rudd challenged Kim Beazley for the leadership — and Swan declined to support him. It was common knowledge around Canberra that Rudd had ruthlessly undermined Beazley, a politician widely regarded with affection. Rudd retained Swan as shadow treasurer, however — albeit reluctantly — as his sacking would have sparked a bitter factional brawl.

Rudd has since, in his memoirs, disparaged Swan as treasurer, saying he “was not up to the job.” And the issue of Kevin Rudd is one of the few regrets Swan says he has.

“It was all my fault. I am to blame for that,” Swan tells me. I look at him in silence for a pregnant few seconds, then ask him to please explain. It was Swan who encouraged Rudd to stand for preselection and who toiled to get him nominated, having worked with him when Rudd was heading the state cabinet office under premier Wayne Goss.

“He had ability, he was highly intelligent and worked hard — but there were always reservations about how he treated people, what he left in his wake,” says Swan. “I simply ignored all those.”

Rudd failed at his first attempt to enter parliament in 1996. The election was won by John Howard, and Swan lost his seat of Lilley. Both men, however, were elected in 1998.

I suggest to Swan that Rudd had never really understood the Labor Party, ultimately his primary constituency and the one that eventually turned against him. He shakes his head.

“No. He understood it all too well. He knew how to play the system, he knew who to flatter, who to impress, who to charm. It was all so calculated and it worked.” Then, after a pause, he adds, “Having said that, what he lacked were Labor values. It was never about the party, it was always about Kevin.”

Any other regrets? “Of course, there is always more we could have done and, yes, sometimes our efforts were misplaced,” he says. “But, overall, I was and remain immensely proud of what we achieved.”

At a personal level — and he pays tribute to the constant support of his close family — Swan says there is one thing he would definitely change were he to have his time over again: he would step back occasionally, take a break, spend more time at home. “But you only get one life and that was the way I lived it.” ● 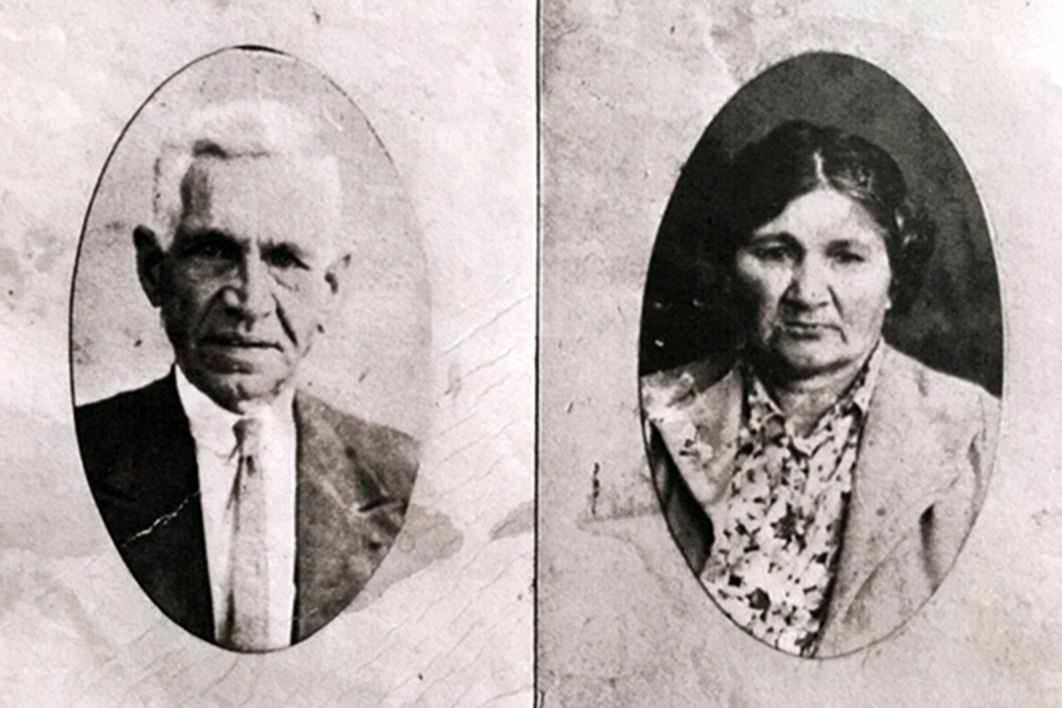