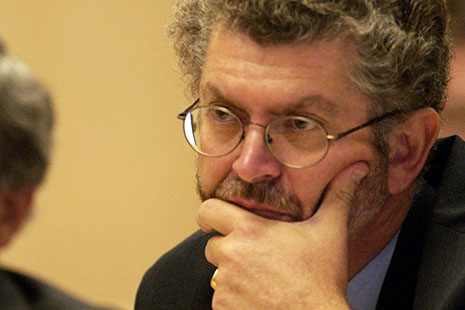 ON ST PATRICK’S DAY 2009 the new electoral commissioner, Ed Killesteyn, made his inaugural appearance before federal parliament’s Joint Standing Committee on Electoral Matters. As would be expected from an organisation that was once described in the High Court as “one of the prides of the country,” it was a thoroughly professional and impartial performance. By the end of an hour and three quarters, simply by presenting the hard data, Mr Killesteyn and his colleagues had slain the wild-eyed conspiracy theories used by the previous government to justify its regressive changes to electoral law in 2006.

The Howard government’s campaign against voting rights, spearheaded by the Tasmanian Liberal senator, Eric Abetz, was based on a single unproven allegation: that voting fraud was undermining the fairness of Australian elections. No amount of evidence to the contrary had any impact on a government that had suddenly won control of the Senate and gained the freedom to legislate as it wished.

At first blush, the figures for the 2007 election seemed to give some support to the Howard government’s view. Some 20,633 cases of “apparent multiple voting” were detected by the Australian Electoral Commission, or AEC, after the poll. But 87 per cent of those cases were resolved with “no further action required” (which presumably means that the multiple vote was a clerical error or, as we’ll see, an honest mistake) and ultimately only ten cases were referred to the federal police. Remarkably, 98 per cent of those who admitted to voting more than once were aged over seventy years. As one of Mr Killesteyn’s colleagues explained to the committee, elderly residents of nursing homes “receive a postal vote application and cast a postal vote, and on the Saturday when their family takes them out, they say ‘Let’s go and vote’.” The AEC’s data established once and for all that multiple voting is perpetrated not by corrupt party activists but overwhelmingly reflects clerical errors and some unsurprising confusion among elderly voters and those who are not fluent in English.

On the basis of its belief that the anti-Coalition vote was being bolstered by multiple-voting opponents, the Howard government legislated to make it harder to register to vote. The most controversial of its measures repealed the seven-day period of grace between the date of the issue of the writ for an election and the close of the electoral roll, closing the roll at 8pm on the day the writ was issued. For young people in particular – who happen to be more likely to support Labor or the Greens – this was undoubtedly an obstacle to registering to vote for the first time. Again this was the product of the fanciful theory that electoral fraudsters used the seven day gap to stuff the roll with bogus voters, when all the evidence showed that this never happened on a scale that could influence a result in any seat.

Having reduced the potential number of young voters, the government felt under pressure to try to increase the overall number of people on the electoral roll through other means. A $30 million advertising campaign boosted the electoral roll very modestly – by only by 0.8 per cent between the 2004 and 2007 elections – but 1.2 million otherwise qualified citizens are still not on the roll, according to the AEC. If we add the 715,725 of those who were on the roll but failed to vote in 2007 and the 255,475 people who voted informally without meaning to do so, then nearly two million citizens failed to record a valid vote on 24 November 2007.

This is unacceptable in any advanced democracy – and especially so in Australia, which operates a regime of “compulsory” enrolment and voting. The Commissioner identified one major solution that has been attracting growing interest – the “online updating of enrolment information through a secure channel” – as a supplement to the current, outdated paper-based enrolment system. This reform will require an amendment to the Electoral Act.

Another group of voters effectively disenfranchised by the 2006 amendments were the majority of those who cast a provisional vote. Provisional votes can be cast when an elector attends a polling place and finds that their name is not on the certified list of voters. Their provisional ballot is placed in an envelope with their details and signature on the outside. These votes are not entered into the count until the details are verified by the AEC. But for 2007 the Howard government added another requirement: if a provisional voter could not present photo ID on polling day they had to do so at an AEC District Returning Office by the following Friday. Nearly 28,000 failed to do so.

This figure had spawned another conspiracy theory at an earlier JSCEM hearing, where it was suggested that these people were fraudsters who could not verify their true identity. The real explanation is much more prosaic: why, once the election result is known, would people bother to try to find a District Returning Office to confirm a vote that they believe would not change the overall result? The exclusion of these votes cost Labor three seats that were decided by wafer thin margins; who can know whether it affected preference flows in the Senate count?

One final, interesting point. Most of us would think that a minimum requirement for a voter is Australian citizenship. But the AEC told JSCEM that there are currently 157,481 electors on the roll who aren’t citizens of Australia. They are there because they are British subjects. When citizenship became a qualification for enrolling in 1983 a group of people who had been entitled to vote under the previous law – British subjects who were not naturalised Australians – were allowed to retain that right. The committee was also told that there are sixty-two federal divisions where over 1000 of these people reside, seven where over 2000 reside and one where over 3000 reside. Given that, in the Hill Case, the High Court declared Britain a “foreign power” for the purposes of the Australian constitution, and given that permanent residents are denied the vote (and even some citizens living abroad can lose their voting rights), it is time this colonial anomaly was corrected.

Australia’s electoral arrangements are at the high end of the democratic spectrum, but we have fallen below world’s best practice. Significant reform is overdue. •

Brian Costar is professor of Victorian parliamentary democracy at Swinburne University of Technology, and one of the authors of the Democratic Audit of Australia’s submission to the JSCEM inquiry into the 2007 federal election.