Still a good time to be in government

Labor is expected to win by a landslide in WA tomorrow. But be wary of drawing conclusions about the next federal election 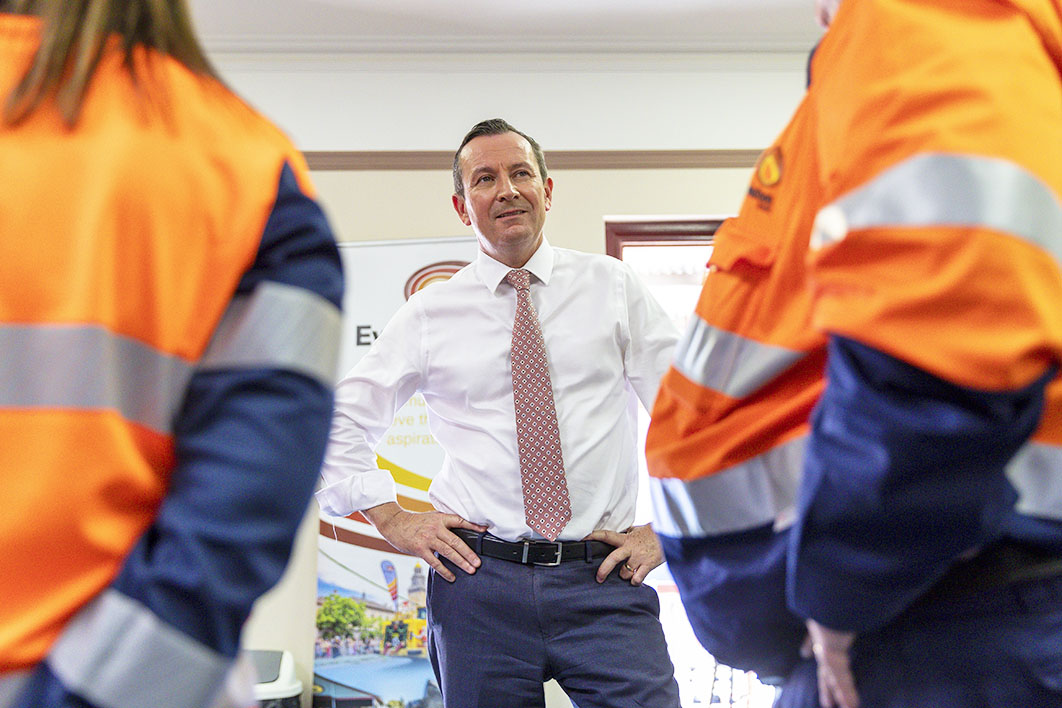 Forget “Dictator Dan.” The government leader who has most enthusiastically embraced his inner Covid authoritarian is Western Australia’s Mark McGowan. On top of his lockdowns and restrictions, he has seen off cruise ships full of foreigners and — oh, bliss — closed the gate to easterners. And with the other major party in power federally, there’s been no impediment to bashing Canberra.

McGowan’s border restrictions are set to end soon after Saturday’s election, but his excitement got the better of him last week when he announced a possible extension to combat drug imports from the decadent east. (Hours later, he backtracked.)

Politically, the Covid crisis has been fantastic for Australia’s incumbent leaders. The wartime similes are apt: people clinging to authority in a time of danger, governments assuming a bigger role in our lives. If they stand up straight at a press conference, square their jaws and follow expert advice, even the least inspiring of leaders can enjoy their Churchillian moment.

So approval ratings have surged for the lot of them: the prime minister, six premiers and two chief ministers. But the dizziest heights (more than 90 per cent at one stage) have been reserved for McGowan, leader of the youngest administration in the country.

Surveys are one thing, election results another, but there the evidence is persuasive too. Last October’s ACT election saw Labor–Greens comfortably re-elected, with a 3 per cent swing against the Liberals that mostly washed through to the minor party. In the Northern Territory, a first-term Gunner Labor government that had been looking very shop-worn at the end of 2019 wound up romping home with 54 per cent of the two-party-preferred vote. And in Queensland, Annastacia Palaszczuk achieved a third term with a tidy swing.

The McGowan government didn’t need Covid-19 — the virus simply provided tailwind for an already runaway train. The most recent Newspoll has WA Labor on a mindboggling 68 per cent after preferences. So election night will be short and brutal.

Or will it? Can new Liberal leader Zak Kirkup reduce the bloodbath? He isn’t weighed down by the politically unwise Covid-19 positions espoused by his predecessor, who resigned in November. Much has been made of the fact that Kirkup all but conceded defeat at the beginning of the campaign, but that’s just taking to its logical extreme the usual claim by oppositions that they face an uphill battle. Logically, his plea to voters not to give the government unchecked power only applies to the Legislative Council, but the Liberals would hope the message creates a general inclination to minimise the government’s majority. It’s worth a try.

What about the federal implications of that one- tenth of the national electorate? There really aren’t many; there rarely are. While it is natural for federal politicians to take heart from colleagues’ success at state/territory level (and vice versa), and while commentators will extrapolate and project from one to the other, second-tier results don’t usually portend federal ones. If there is a relationship, it’s inverse: state and territory parties do better when their colleagues are in opposition federally.

Often the most useful lesson to be divined from an election is whether the present moment is a good or bad time for governments of either stripe to face the voters. And we know the answer to that right now.

Still, an early election would not be a walkover for the federal government. If Scott Morrison does go early with the crisis still upon us, the cynicism would be obvious to voters — especially given the possible health risk of voting. And if he waits until the danger is over, well, to continue the war comparison, Winston Churchill enjoyed huge approval in 1945, but the voters kicked him out anyway.

Note also that we’ve seen only Labor governments face their electorates in the past year. And while Covid has been difficult for oppositions of both persuasions, the Liberal/ Nationals have particularly struggled, with a portion of their bases, and even their party rooms, bristling under the restrictions and the fiscal laxity, and dragging their leaders to politically unwise positions.

Labor opposition leaders have not suffered the same tension. Rather, the friendly fire is along the lines of “Stand for something!” Business as usual, but even more so.

In fact, much of the Labor base is quite happy with the enhanced role of government, particularly the fiscal largesse, and wouldn’t mind if it continued forever. The political danger for Labor lies in succumbing to these demands.

So, whatever happens to Mark McGowan this weekend, federal Labor’s biggest obstacle when we next vote federally is likely to be the usual one: the extent to which breezy talk about spending comes back to bite it when voters are contemplating whom to trust with the economy for the next three years. •