Surging with the sophomores

There’s a case for encouraging popular but defeated MPs to throw their hats back into the ring, argues Peter Brent

Local advantage: Labor’s Mike Kelly promoting Landcare when he was the member for Eden-Monaro in 2010. Hankyhelper/Flickr 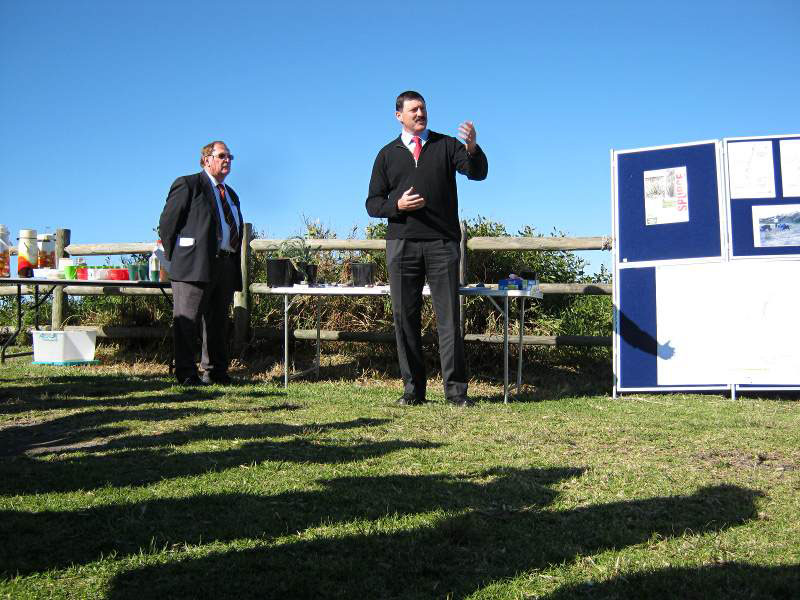 Local advantage: Labor’s Mike Kelly promoting Landcare when he was the member for Eden-Monaro in 2010. Hankyhelper/Flickr

The Rudd government lost seventeen House of Representatives seats to the opposition in 2013, and it’s mostly those electorates, now held by the Abbott government, that Labor will have its closest eye on next time. Not surprisingly, they are at the marginal end of the pendulum; in fact, all of them are held by less than 5 per cent (though redistributions between now and 2016 may change the margins.)

But it’s likely they will prove harder to shift, on average, than their margins suggest. The reason lies in the way new MPs develop personal votes, a phenomenon known as “sophomore surge.”

The vast majority of electors cast their votes on national issues, or at least are driven by sentiments about which of the political parties they’d like to see form government. Personal votes come from the important several per cent who aren’t glued to one side or other, and don’t follow politics much. They’ve seen their MP in the local newspaper, on the television – nodding and laughing behind the leader in parliament, perhaps – or at community functions, or they might even have met them, and they think that person is okay.

This incumbency benefit is most observable when it is either created or comes to an end between one election and the next. If a member retires at an election, their party can expect a lower vote in that electorate than would have been the case if the member had stayed on.

In 2013 in Gilmore, New South Wales, for example, Liberal MP Joanna Gash pulled up stumps and so, for the first time in seventeen years, her name was not on the ballot paper. This time, the Liberal candidate was Ann Sudmalis, who, while a former councillor in the area, had a much lower profile.

Gash was a very popular local member with a high personal vote, and her resignation contributed to a collapse in the Liberal vote. The nation swung to the Coalition by 3.6 per cent in two-party-preferred terms, and in New South Wales by 3.2 per cent. Gilmore swung the other way, to Labor by 2.7 per cent.

Sudmalis still retained Gilmore for the Liberals, and by the next election, in 2016, she will have built a personal vote herself. If history is any guide, the seat will bounce back and swing-wise she should outperform the average Liberal member or candidate.

Sudmalis might even generate as high a personal vote as Gash had. Some electorates, for example rural ones, show a greater propensity to build personal votes than others.

In all seventeen of those electorates the Coalition took from Labor last year, new MPs are currently building personal votes. By the time of the next election they will be known quantities, rather than the mostly unknown aspirants who rode to victory on a desire to change the government. Personal votes have been estimated at being worth, perhaps, around 1 or 2 per cent on average.

On top of that, in fourteen of those seventeen seats the defeated Labor candidates were sitting members (in the other three the ALP MPs retired) and so last year’s results contained personal votes for them, though not enough to get them over the line. They won’t be on the ballot paper next time, and so – everything else being equal – the Labor vote will drop in those seats.

So 2016 should see what you could call a double sophomore surge for those fourteen Coalition MPs. If there is a decent national swing to Labor at the next election, Kelly’s personal vote could decide the result in Eden-Monaro.

This is a large part of the reason why, after an election result that delivers many new seats to one side, that party usually performs better, seat-wise, than the pendulum suggests they should.

This happened at South Australia’s 2010 election. Four years earlier the Rann Labor government had been re-elected in a landslide, taking six seats from the Liberals in the forty-seven-strong lower house. That state’s boundaries commission is obliged to create a “fair” pre-election pendulum – one that, assuming a uniform swing, will deliver a majority of lower house seats to the side that gets more than half the two-party-preferred vote. The commission did this before the 2010 election, but Labor withstood a huge swing to the Liberals, and a statewide vote loss, largely by holding, and in some cases increasing their margins in, those sophomore seats.

(For the next election, in 2014, the Boundaries Commission controversially opted not to create a “fair” pendulum, insisting instead that 2010 had been fair. The result, in March, was a hung parliament and another Labor government, despite Labor only receiving 47.0 per cent of the vote after preferences.)

At the federal level, the two biggest swing results in recent times have been the 1996 and 2007 change-of-government elections. At each of the subsequent electoral outings, in 1998 and 2010, those incumbents both suffered swings that should have sent them into opposition – at least, according to the pendulum. But they survived because each of them performed well in the marginal seats, and that was mainly because most of the marginals were sophomore surge seats. (The media tends to give credit for these results to the party machines’ campaigning genius, and particularly their “sandbagging” of marginal seats – and who are the campaigners to disagree?)

Losing their seat is a bruising experience for most politicians. Often they emerge from the funk to put the whole parliamentary episode behind them and move on to other careers or retirement. But perhaps more of them should consider throwing their hat back into the ring next time.

Take Mike Kelly, for example, in Eden-Monaro, the political class’s favourite “bellwether” electorate, which has gone to the winner of every election since 1969. Kelly was elected for Labor in 2007, defeating the sitting Liberal Gary Nairn. At the next contest, in 2010, the absence of Nairn’s personal vote and the presence of Kelly’s new one contributed to his achieving a swing of 1.9 per cent. The rest of New South Wales, meanwhile, swung 4.8 per cent to the Coalition. Last year, Eden-Monaro moved to the Liberals by 4.9 per cent, more than the state swing of 3.2. Sophomore surge is a one-off phenomenon only.

The new Liberal member, Peter Hendy, was known among political aficionados, but not, it is likely, the big majority of Eden-Monaro voters. But in 2016, with Kelly gone and Hendy developing a personal vote, he should perform, swing-wise, above the average. (Note the word “should.” Many factors contribute to results in individual electorates. The data supports these personal vote dynamics only across seats and on average.)

What if Kelly were the Labor candidate again in 2016? He is still a known quantity, he would still pull votes. Hendy would benefit from a single sophomore surge, but not a double.

In La Trobe in Victoria, sitting Liberal Jason Wood was defeated by Labor’s Laura Smyth in 2010. Wood ran again in 2013 and easily regained the seat with a swing larger than the state average. There was no apparent sophomore surge for Smyth, or it was negated by Wood’s large personal vote. (Wood is a former policeman and Kelly an ex-soldier. Uniforms, research suggests, can be powerful builders of personal votes.)

Inevitably much chatter around election time is directed at the “quality” of candidates, but with some exceptions the identity of a non-sitting candidate makes little difference to seat outcomes. It’s only afterwards that “quality” is retrospectively bestowed on the winners.

Custom-built personal votes, however, do make a difference. It’s surprising the parties don’t recycle more of their MPs. •