There are many reasons why Western Australia’s government could change in March. Then there are the wild cards, including One Nation 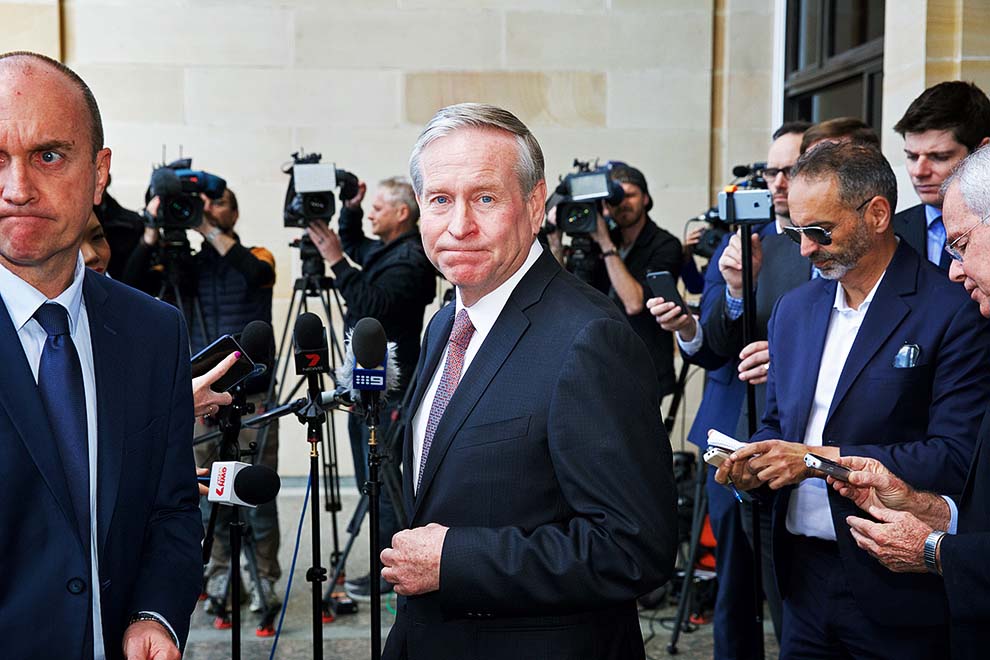 Western Australia goes to the polls in a little over two months, and public opinion polls indicate that a big swing to the opposition Labor Party is on the way. It may, or may not, be big enough to install leader Mark McGowan as premier.

The last election, way back in March 2013, saw Labor’s worst result in decades. From that statewide two-party-preferred vote of just 42.7 per cent, the only way is up. Surveys consistently have Labor ahead, most recently on around 52 to the government’s 48. Plotting that swing on the electoral pendulum (assuming it’s a uniform swing, or more precisely a net uniform swing) produces a touch-and-go result.

If Liberal premier Colin Barnett survives, it will be with the support of the Nationals. With the surprise 2008 change of government, Western Australia became the first state or territory to breach the wall-to-wall dominance Labor had at the time, and as a vocal and popular opponent of the Rudd and Gillard government’s mining tax and carbon price, Barnett became an inspiration to Coalition supporters across the nation.

But longevity in office, a deflated mining boom, a sputtering economy, rising unemployment and – an under-appreciated factor – the 2013 change in federal government have all taken their toll. The once-reluctant leader survived a leadership spill four months ago and now limps to his attempted second re-election. Betting markets – not the great predictors they’re sometimes hyped to be, but efficient distillers of general expectations – give him a 25 per cent chance of surviving.

On the other side, things haven’t all been plain sailing either. Last March, former foreign affairs minister Stephen Smith launched a bizarre, very public attempt to ambush McGowan. Embarrassing to watch, it collapsed almost before it had begun. Smith’s Campbell Newman–like plan, apparently, was to lead the opposition from outside parliament until election day.

If the high-profile former member for the federal seat of Perth was counting on the standard two-stage demolition job, that’s been looking less likely by the day. What kept McGowan in place, approaching five years in the job, was a series of healthy public opinion polls. Not only has Labor remained ahead on two-party-preferred voting intentions, but first-preference support, at least in the second half of last year, has also been solid, and McGowan leads Barnett in approval ratings and preferred premier.

This data squashed the standard Labor backroom leader-toppling script: “Yes, we’re ahead after preferences, but primary support is too low, mate, and those personal ratings show we can’t win under [insert name of leader].”

So, barring the unexpected (which can’t be ruled out – a week is a long time and all that), the immaculate Smith coiffure will probably be seen once again on the ABC commentary panel rather than finalising a speech to the party faithful. There, he will explain (as he always does) that the seat-by-seat results “will come down to incumbency”: electorates with sitting Coalition MPs will be more likely to hold out against the swing than others.

As usual, he will be half-right, or correct but only as far as his argument goes. It is more accurate to say that changes in incumbency since the last election will make the difference.

On average, electorates with MPs retiring in 2017 (and taking their personal vote with them) will perform relatively poorly for their party. Conversely, those with Liberal members elected at the 2013 election will do comparatively well on average, thanks to the generation of new personal votes (aka the “sophomore surge”).

This will be complicated by the redistribution undertaken during this term. To give a sense of its impact, folks like the ABC’s Antony Green estimate post-redistribution margins based on votes at the last state election in 2013. (You can see Antony’s pendulum on his ABC blog.) When those 2013 results include personal votes for a sitting MP who now represents another seat (because a portion of the electorate has been cut away), the numbers are also skewed somewhat.

For these and other reasons, pendulums should never be read as indicating the order in which seats will fall. On the Liberal side of the pendulum, seats taken from Labor last time (indicated by a “+”) should in total swing back to Labor by a smaller amount than the rest of the state. And those seats, unsurprisingly, are mostly marginal. Bunbury and Dawesville (both in the 12 to 13 margin range), and any further seats vacated by Liberal retirements before 17 March should collectively swing big to the opposition.

Western Australia is a conservative state. It has not returned a federal Labor two-party-preferred majority in thirty years. It put in the Coalition’s highest vote of any state at last year’s federal election. During last decade’s state/territory Labor heyday, WA Labor’s performance was the most modest.

As well, I am one of the minuscule minority of election watchers who believe that, for a given set of opinion poll voting intentions, it’s better for a party leader to register low personal ratings than high ones. High ratings artificially inflate pre-election voting-intention figures. So, in my view, those numbers that have kept McGowan in place bode poorly for the sustainability of Labor support through to 17 March.

The wild card will be Pauline Hanson’s One Nation, which is polling as much as 10 per cent. While it’s unlikely to take any lower house seats, the party’s preference recommendations may well decide the overall outcome. Past analysis strongly suggests that a fair swag of One Nation voters follow how-to-vote cards. (Major-party supporters share this characteristic, Greens ones much less so.)

Back in 2001, Labor scraped into office under Geoff Gallop because One Nation preferenced against all sitting major party MPs, almost two-thirds of whom were in the Coalition.

In 2016, the difference between One Nation preferencing Labor and preferencing the Coalition in a seat where the minor party attracts 10 per cent support will probably amount to 1 or 2 per cent – and perhaps as much as 3 per cent – of the two-party-preferred vote. It is not yet known how many Legislative Assembly electorates the party will stand in.

Hanson’s anti-immigrant rhetoric hasn’t moderated since her first stint, but her ire has largely shifted from Asians to Muslims. This might make the prospect of preference-swapping less problematic for the WA Liberals, particularly given the state’s important relationship with China – and with India under the current government.

One thing is for sure: both sides of politics will be sweating on One Nation’s how-to-vote cards. • 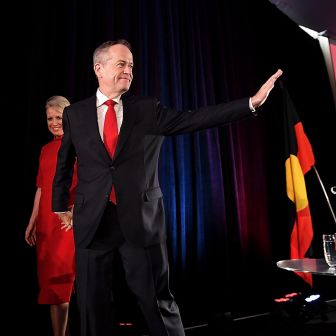