Tandberg and the teachers

Before he joined the Age, Ron Tandberg played a key role in Victorian teachers’ campaign for professional recognition 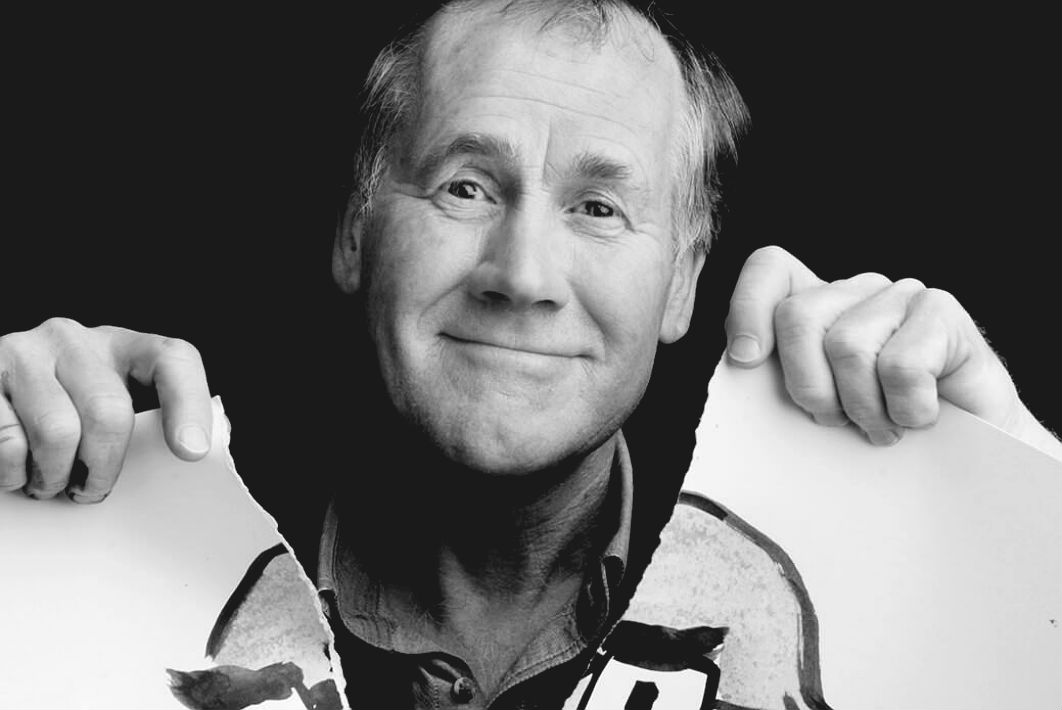 At the beginning of the 1970s Ron Tandberg, who died this week, was drawing cartoons for the Secondary Teacher, where I was the editor. The magazine was published by the Victorian Secondary Teachers’ Association, which was habitually in conflict with the state education department, principally over the issue of teachers’ qualifications and generally over the issue of professional autonomy.

The Secondary Teacher relied much on cartoons as a weapon and Ron’s forte was disrespect for authority. His most memorable images were of the school principal as a loudspeaker. In those days every classroom had a loudspeaker above the blackboard and lessons were conducted to the tune of the principal calling for someone to come to the office to collect papers or pick up the lunch his or her mother had dropped off. In one drawing, Ron pushed this nuisance a step further by having the principal sample and comment on the lunch. The ubiquitous classroom speaker: two of Tandberg’s cartoons for the Secondary Teacher.

When I met Ron he was drawing a comic strip celebrating a little man, Fred, which ran in the local Leader papers. He was just starting on his shorter-frame drawings, which kept that focus but in a concentrated form that depended on sharp dialogue. Fred became Everyman, and in our magazine that meant he was a lowly teacher. He was short, and had big feet and a large forelock. Most of his interlocutors dwarfed him. The joke was in the one or two lines of dialogue through which the innocent little man learnt the ways of the great world.

Ron’s world was the teacher’s world. His targets were the authorities: principals or the department. His little men were innocents, trying to get on with the job against the interruptions and obstructions of authorities, represented by men around a table or word bubbles from a loudspeaker. They reflected every teacher’s irritations with bureaucracy and authority.

Ron’s cartoons depend on the punchline, and I still find it hard to imagine how he managed to come up with one or more almost every day. He seemed to do it without much effort and continued to do so for the next forty-odd years.

I ran whatever Ron drew for the magazine. Sometimes we would sit together in my dining room going over material for cartoons. Sometimes a cartoon or two would be slipped under the front door.

Although Ron, given his own teaching experience, could have drawn general cartoons about schools and teachers, he concentrated from the outset on the political struggles of teachers. At the beginning of the 1970s these were more intense than they ever had been or would later be. Indeed, there were so many fronts to fight on — the bias of the supposedly independent Teachers Tribunal, the question of what were acceptable qualifications for employment as a teacher, the indignity of being inspected, the excessive hours of work, and generally the drive to be treated as professionals — that I decided to roll them into a single campaign under the heading Professional Action.

The hated inspector: Tandberg in the Secondary Teacher.

“Professional Action,” I wrote in the Secondary Teacher at the beginning of 1971, “is an offer of hope for the future. It is not a promise from a politician or an administrator; it is a vow by teachers that from now on teachers will be qualified, teachers will be trusted and teachers will be able to teach. If it looks like strong action, remember that we have the habits of half a century to break.”

The margins of this militant rhetoric were illustrated by our two cartoonists, the great Alex Stitt, who had carried the magazine through the 1960s, and the newcomer Ron Tandberg, whose native militant disposition made him our most potent humorist. Teachers long remembered the day the Professional Action pamphlet arrived in schools and in their memories they perhaps thought of it in the form of Tandberg’s image of a pamphlet being handed out of a cloud to a little figure on a mountaintop.

The campaign against school inspectors probably worried more teachers than any other of our campaigns against authority. Tribunals, departments, governments could be readily scorned. Opposing inspectors was much closer to danger; individual careers depended on their opinions. Which is why we sought to lighten our union rhetoric with mockery and why Tandberg of all our cartoonists was the most powerful. “Some kids outside want to know what we do,” says the thought bubble coming from behind the inspectors’ door. “What’ll we tell ’em?” asks the other bubble.

One day an editor at the Age asked me if the paper could re-run some of Ron’s cartoons in its Education Age section. This was awkward. Ron happened to be away so I couldn’t ask him. The paper was vague about which cartoons they wanted and how they would run them. They were also cautious about payment. But I decided on Ron’s behalf that being in the Age would be a good thing, and that matters of permission and payment could be sorted out later. Happily, when Ron came back he agreed. From Education Age he moved inevitably to the paper’s front pages. Unpopular premier: Tandberg on Sir Henry Bolte, who was often in conflict with the teacher’s union.

Ron’s transition to Education Age clearly imposed more discipline than he’d laboured under for our small publications but it had the virtue of not requiring him to tackle too much new material too quickly. He was thus able to move to more general themes within a familiar context. If he felt daunted by the larger context, I saw no signs of it.

Humour relies on disrespect. Tandberg’s disrespect was humane. He didn’t attack or demean his targets. Instead he allotted them their place in an absurd world that put the little men outside, looking on and wondering.

I guess, given his background knowledge of schools and teaching, Tandberg already knew who his targets might be and what their follies were. Even so, his talent moved easily on to the large stage of journalism, where it sustained him for nearly half a century. I can never quite fit together in my head the friendly, quietly funny bloke I worked with for a while with the wide-ranging leader of attitudes we met in the press.

I’m sure he saw himself as one of his modest little men, but to the rest of us Ron was an honest and powerful leader. •

Ron Tandberg’s latest collection of cartoons is A Year of Madness (Wilkinson Publishing).

The Guardian goes for broke

Britain’s liberal beacon is scaling down but thinking big

Where the heart is? The Guardian’s headquarters in north London. John Stillwell/PA Wire 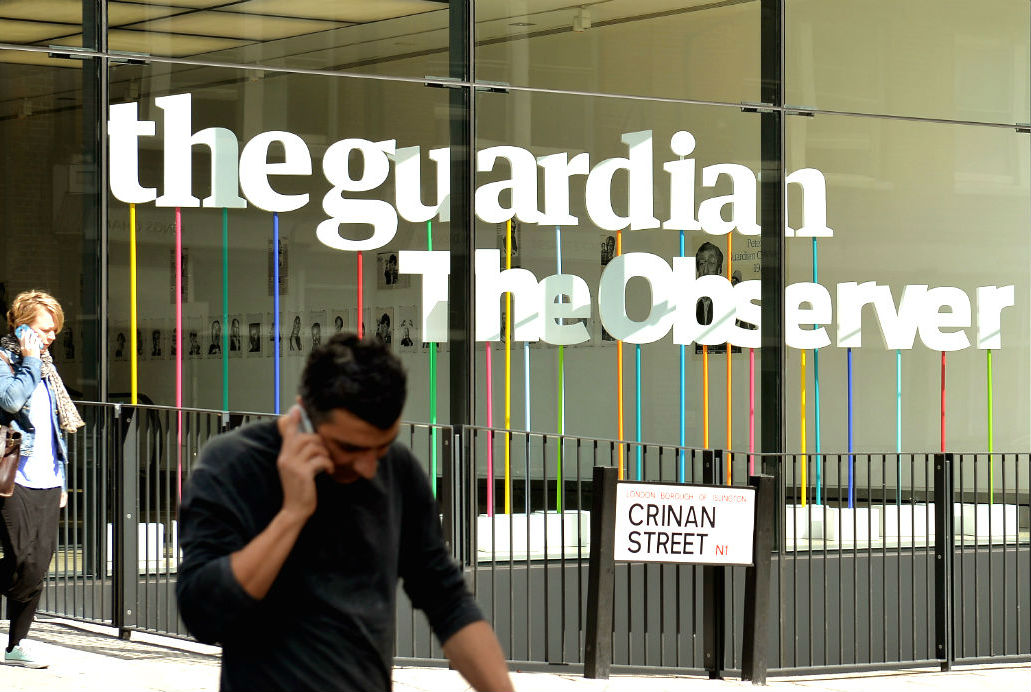 Where the heart is? The Guardian’s headquarters in north London. John Stillwell/PA Wire