Will the government survive the vaccine debacle? 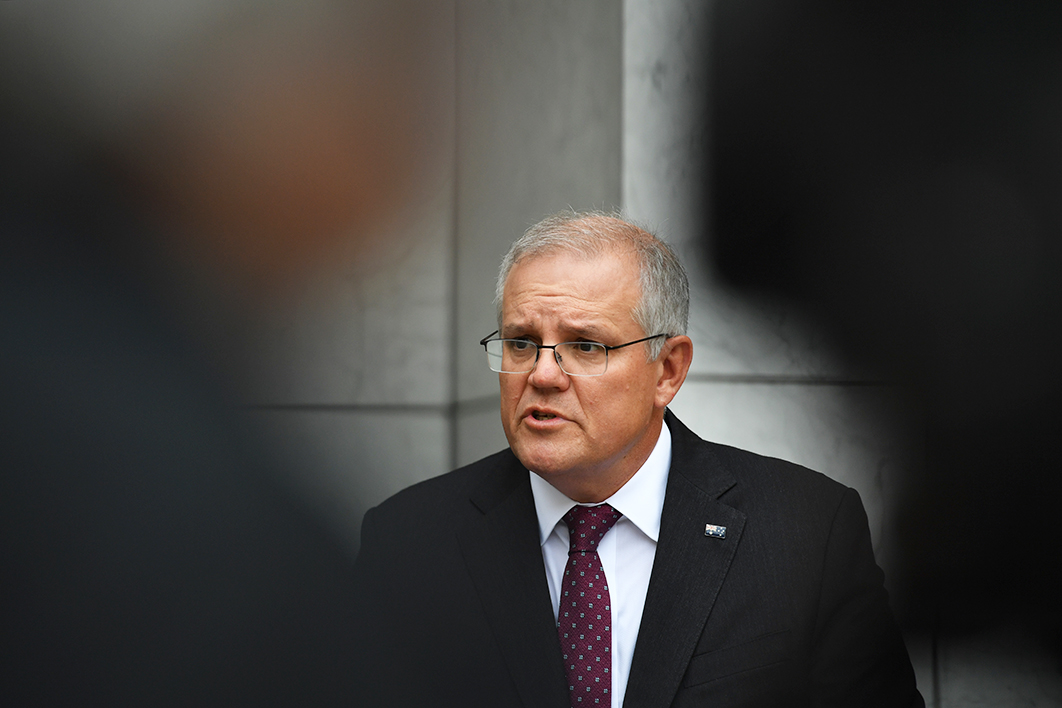 After his disastrous performance during the 2019–20 bushfires, Scott Morrison’s management of the pandemic restored his image as a strong leader who would protect Australians from harm. But, as I cautioned recently, that image risked renewed damage if serious problems arose in the vaccine rollout.

That damage was made more likely by last Thursday’s announcement that the rollout of the AstraZeneca vaccine would largely be restricted to people over fifty because of the risk of a (very) rare blood-clot condition. Major delays to the vaccine program seem inevitable now that the government is more reliant on Pfizer’s overseas-produced vaccine (and possibly the Novavax vaccine, if it is approved) for the under-fifties, rather than the locally produced AstraZeneca. Tellingly, Morrison has abandoned the target date for vaccinating all Australians, which may now extend well into next year.

The damage to Morrison’s standing may be even more serious, as the AstraZeneca debacle raises broader issues about the federal government’s management of the pandemic.

Most Australians (other than those still stuck overseas) will be incredibly grateful that the federal government closed Australia’s borders to non-residents at a time when the World Health Organization was arguing against such an action. Most will also be grateful that the federal government funded JobKeeper and increased payments for JobSeeker (even if JobKeeper has now ended and JobSeeker has been reduced).

Those measures played an essential role in protecting Australians’ health and livelihoods. Decisions by state premiers were crucial, too, not least when they shut their borders after Morrison had urged them otherwise. Australians were left in a much better position than residents of most other countries.

Nonetheless, a number of questions hang over the federal government’s handling of the pandemic.

One relates to the adequacy of stocks of personal protective equipment, or PPE, in the national medical stockpile prior to the pandemic. We now know that those supplies — particularly of the N95 respirator masks that provide greater protection from airborne transmission — were insufficient. This was despite the fact that N95 masks (and eye protection) had played a vital protective role in previous outbreaks, notably with SARS in 2003.

I can testify that Australian travellers to SARS-affected locations overseas at the time were advised to wear N95 masks, although they soon proved hard to obtain, even in countries that were not directly affected by the virus. The Korean MERS outbreak in 2015 provided further evidence that coronaviruses could be airborne. Given that experience, the national medical stockpile should have held a plentiful supply of N95 respirator masks and indeed of any other PPE required.

The federal government deserves praise for following the advice of medical experts from the beginning of the pandemic. But the N95 mask shortage raises the question of whether it was getting advice from a wide enough range of experts, including epidemiologists, ventilation experts and occupational health and safety specialists, regarding whether Covid-19 could be spread by airborne transmission.

After all, Chinese officials had stated as early as February 2020 that the coronavirus could be spread by air. Australian medical experts had become increasingly concerned about the possibility, and about the implications for adequate PPE and infection control. Yet images of staff dealing with potential and actual Covid-19 cases in aged care, hospitals and quarantine hotels while wearing ordinary surgical, rather than the more protective N95, masks were common through too much of last year.

Arguably the spread of Covid-19 in aged care, hospitals and quarantine hotels would have been greatly lessened if the federal government had recognised the possibility of airborne transmission earlier and issued recommendations regarding ventilation, PPE and regular testing of staff accordingly. Aged care and quarantine are a federal government responsibility, and fewer infections, deaths and lockdowns might have resulted. The problems with infection spread were clearly not confined to the actions of poorly trained and precariously employed private security guards. It’s true that the World Health Organization was also slow to recognise the possibility of airborne transmission, but the Morrison government had ignored them on border closures, so why not on this?

Australia would also have been in a stronger position if the government had made more efforts prior to the pandemic to ensure adequate domestic production of both surgical and N95 masks rather than rely on international supply chains, particularly from China. Indeed, a recent Productivity Commission report has identified numerous potential weaknesses in Australian supply chains for essential goods.

The problem with the AstraZeneca vaccine raises issues about why the government didn’t secure deals much earlier with a larger number of potential suppliers, including Moderna, whose vaccine is being successfully rolled out overseas. With countries inevitably competing for limited doses, just as they had for PPE, supply issues were entirely predictable.

Domestic production questions arise here too. The government was right to help fund local AstraZeneca production by CSL (albeit reportedly initiated by CSL after AstraZeneca approached them). But Australia is unable to produce cutting-edge mRNA vaccines such as Pfizer and Moderna, despite experts having urged the government to invest in capacity.

This means that many older Australians who are most vulnerable to Covid-19 are likely to be vaccinated with the AstraZeneca vaccine, with the exception of those aged care residents who were lucky enough to get a Pfizer dose in the 1a rollout. This vulnerable cohort includes many frail elderly people living in retirement villages or in their own homes who weren’t eligible under 1a, as well as other over-seventies who have recently become eligible under section 1b of the rollout.

The government has assured us that currently eligible under-fifties will still be able to choose the AstraZeneca vaccine if they wish, rather than waiting for sufficient Pfizer (or possibly Novavax) doses to arrive. But the vulnerable Australians over seventy, and Indigenous Australians over fifty-five, who are now eligible for the 1b rollout, can’t currently opt for a dose of the Pfizer vaccine, despite it potentially offering more protection. It isn’t clear when, if at all, possible booster shots against Covid variants will be available.

The Morrison government managed to survive deficiencies in its pandemic management last year because Australia has been so successful in suppressing Covid-19. Whether it can survive falling behind in vaccinating the population, with all the economic and health consequences, remains to be seen. At the very least, the government risks alienating two crucial elements of its support base, elderly Australians and business. But many other Australians will be affected too, especially if there is a major Covid-19 outbreak before a successful national vaccination program concludes. •

Carol Johnson is Emerita Professor in the Department of Politics and International Relations at the University of Adelaide.