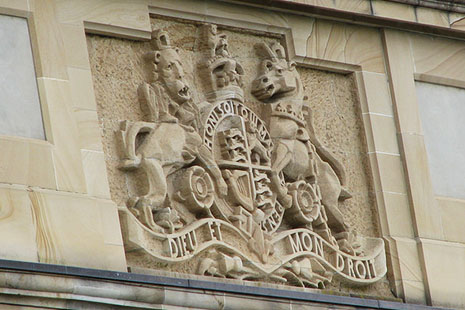 IS it a surprise to hear David Bartlett, Labor premier of Tasmania, extolling the virtues of his minority government, which holds power only with the support of the two Green MPs in cabinet?

At the present time, no, it is not at all surprising. Both the amiable young premier and the very popular Nick McKim, leader of the Tasmanian Greens, are pursuing stability and policy innovation. The new generation of Labor–Green politicians represented by these two leaders is helping this minority government work, and so too is their ability to embrace similarities rather than to pick over bitter and long-held ideological differences.

Both men are avid cyclists, keen on sustainable transport and open to new ideas for a renewed Tasmania. One, the premier, is an IT specialist with a thumb-ring; the other, Nick McKim, is an advertising expert in a powder-blue shirt. It’s not hard to imagine each admiring the other’s political strengths and pragmatic leadership abilities.

Both have shown leadership, strength and pragmatism in steering their parties into the current arrangement. The premier has dragged doubting old Labor hands to sit at the cabinet table with their deadly foes, the Tasmanian Greens. And the Greens leader has convinced his party colleagues of the overriding need to provide the minority government with the stability and certainty that he and his fellow Green, Cassy O’Connor, bring as minister and cabinet secretary.

It wasn’t such smooth sailing in previous periods of Greens-supported minority government in the state. In 1989, Labor led a minority government for two years in a short-lived and acrimonious experiment. At a time when the Greens were making history both in the state and globally, there was ill will, distrust and even malice on both sides of this arrangement.

A formal Accord did deliver upfront policy benefits to the Greens in many key areas, including world heritage extensions and native forest protection, in return for a guarantee that the party would not block supply or support no-confidence motions. But beyond these concessions, the Greens gained little from the arrangement, and were shunned by Labor figures. Relations eventually broke down completely when Labor breeched a critical promise not to raise the export woodchip quota. Although the Accord had been highly innovative in terms of policy and reform, it created bad blood that has persisted for decades.

In 1996, the Greens supported the Liberals in minority, this time without a formal agreement. Policy-making wasn’t easy under this arrangement either, but relations were remarkably positive and policy innovation was among the results. Like Labor, though, the Liberal government kept the Greens at arm’s length, so it was only a matter of time before a key difference – this time the government’s intention to sell its stake in hydroelectricity – threatened and very soon broke the arrangement.

With these two very different experiments ending badly, it is no wonder that the major parties have campaigned since on platforms of “no deals with the Greens,” as Premier Bartlett did before the March election. But this time, despite a massive swing against the government in March, the premier agreed to work closely with the Greens in a bold show of confidence that Liberal leader Will Hodgman was unable to match.

Because there are no recipes for the formation of minority government, the current arrangement was shaped by the negotiations between the parties. Two individual Green MPs, rather than the Tasmanian Greens as a party, were invited to sit in cabinet, making this not a formal coalition but a Labor administration accommodating political outsiders.

Labor gains more certainty in the act of governing, and can also spread the ministerial load in a diminished parliament – the result of a reduction of MP numbers in 1998 in a failed attempt to rid the lower house of Green MPs. The Greens benefit by moving, partly at least, inside the tent. They are learning the pragmatic skills of governance and grooming themselves for future coalition government, while retaining the ability to vote against government proposals.

For its part, the government is relying issue-by-issue on the support of the Greens and at least one Green outside cabinet to pass its legislation, except in circumstances where it gains Liberal support. If the two Greens can’t support a proposal before cabinet, then they can absent themselves from both the discussion and the vote, and won’t be bound by the decision. Once the proposal comes to the floor of the House, the two Green cabinet members can vote against it.

Still relatively untested, the arrangement is likely to prove complex issue-by-issue, with both parties looking to achieve their key aims and, in the lead up to the next election, a measure of independence. The Greens have a complex dual role as cabinet members and insiders on the one hand, and government critics and outsiders on the other. The Greens leader, Nick McKim, has even tried to quiz the premier, his cabinet colleague, during the budget estimates hearings.

McKim is a minister (for human services, corrections, consumer protection, community development, climate change, sustainable transport and alternative energy) as well as a Greens spokesperson (for innovation, science and technology, attorney-general, justice, economic development, sport and recreation). His astute and articulate colleague, Cassy O’Connor – an environmental campaigner and former Labor staffer – is cabinet secretary with responsibility for housing and disability services, and Greens spokesperson for environment, parks and heritage, animal welfare and the arts, as well as being McKim’s partner.

The remaining Greens, as party spokespeople, divide up the portfolios between them, which includes covering – and quizzing – their Green colleagues in the Labor cabinet. This insider–outsider split sees the Greens speaking both for and against the Labor government, and has the makings of tension and drama down the track.

The arrangement is all the more remarkable given the vitriol that was expressed between Labor and the Greens as recently as in the lead-up to the March election, and indeed the historical enmity between Labor and the party that has effectively eroded its dominance of Tasmanian politics and government.

For its part, the Liberal Party has so far been eclipsed by the minority government. In reality, however, the parliamentary numbers provide great opportunities for Liberal politicking. If party discipline and political accommodation break down, any combination of numbers is possible, and all sorts of opportunities would arise for individuals to assume disproportionate influence. The five Greens might all support government. Or the two cabinet-based Greens could stick with Bartlett and one or more of their colleagues break away. If enough do so in combination with the Liberals, the government can be voted down.

Between them, the three “outside” Greens and the Liberals hold the numbers, so the Labor government is governing on a knife edge where one false move could be disastrous. For the Liberals to benefit in this scenario, they would need to be prepared to work with the Greens. Liberal leader Will Hodgman wouldn’t agree to do this immediately after the election when, despite winning the popular vote and a statewide swing against Labor, he refused to form a Greens-supported minority government. This missed opportunity, and the perception being peddled around the Tasmanian media that he was restrained by right-wing Tasmanian Liberal senator Eric Abetz, might yet cost Will Hodgman the party leadership.

It is also yet to be seen how the Greens will cope with their split roles, and whether they will be able to marshal their numbers towards creative and cooperative, rather than destructive and divisive, political opportunities. At the moment, their insider–outsider status means that they can ensure stability and policy progress while maintaining scrutiny of government. The Greens member for Bass, Kim Booth, has launched a series of critical attacks on government, behaving as if he is entirely unconvinced by the new collegial Labor government and its green embrace. He has attacked the premier over the alleged special treatment of the greyhound he part-owns and initiated a move to enforce a $1 betting limit for poker machines, defeating the government by gaining Green–Liberal support for a parliamentary inquiry.

For the Greens, it’s not so much about swings and roundabouts as keeping true to the highest levels of integrity and accountability on all issues, not just those ecological issues held dear by the green voting public in Tasmania. Although maintaining those standards might pitch Kim Booth against his party leader and Greens colleagues in cabinet, it is a critical role that keeps the faith with the green constituency and keeps a distance from Labor politics.

This time around the climate is incredibly different. Most significant of all is the fact that a significant number of voters approve of the arrangement. Essential Media polling has Labor up 6 per cent to 29 per cent since the March election and the Liberals dropping 8 per cent to 30 per cent, with the Greens still close to their election share of 21 per cent.

Which takes us back to where we began, with the leadership, strength and pragmatism of the premier and the Greens leader, and their ability to project stability and confidence in this government. The ability to negotiate and to keep clear-headed is crucial, but so too is the projection of competence, certainty and calm by the leaders, the disciplining of the troops and the ability to survive creative disagreements. •

Kate Crowley is Head of the School of Government at the University of Tasmania, and has published widely on environmental politics and policy.