“Ten per cent to the right of centre” 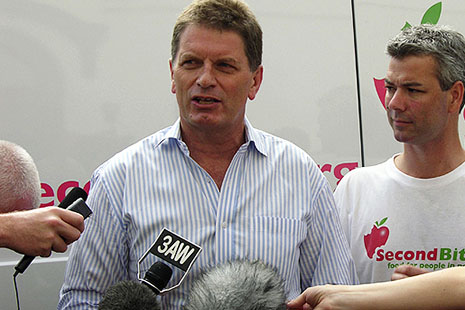 The new Liberal premier of Victoria, Ted Baillieu (above): “a lifelong moderate with a well-developed sense of noblesse oblige.” Premier’s Department

GIVEN the predilection of Australian voters to give an incumbent the benefit of the doubt, by far the hardest task in politics is winning government from opposition. With meagre resources and faced by governments that have an entire bureaucracy on call, an opposition leader who comes from behind to take line honours does so in the face of quite considerable odds.

For a Liberal leader in New South Wales, the task is that much harder. Like Tasmania and the Australian Capital Territory, New South Wales is traditional Labor territory, and the history of the past seven decades illustrates a Labor preponderance only occasionally punctuated – just eighteen years out of seventy – by relatively brief Liberal interregnums. When Barry O’Farrell leads the Liberal–National coalition to victory on 26 March, as he surely will, he will join Robert Askin (1965) and Nick Greiner (1988) to become just the third Liberal in the party’s sixty-five year history to take power from Labor. Of course, the task for O’Farrell has been immeasurably easier than it was for Askin and Greiner, if only because he has been ably assisted by a government that has publicly self-destructed.

Despite the Coalition’s unbeatable lead in the polls, public opinion is also registering both caution and concern at the prospect of the inevitable O’Farrell government. Part of this stems from O’Farrell’s reluctance to spell out his policies in detail, but part is because of well-publicised ideological wrangling in the state Liberal Party.

The Liberal Party in New South Wales is a different beast from the Liberal brand in other places. One of the reasons is that historically the forces of non-Labor in that state have been far more inclined to the right of the political spectrum. Alone of the colonies, New South Wales was stridently Free Trade at a time when the rest of the country adhered to various forms of protectionism – a difference that not only threatened the union of the colonies back in the 1890s but also gave rise to a contested liberalism that formed the basis of political disagreement in the first decade of federation. George Reid’s Free Trade followers were opposed by Alfred Deakin’s Protectionists until they buried their differences and merged in the so-called Fusion of 1909. Given that Reid’s band had New South Wales as its base and Deakin’s forces were strongest in Victoria, each came to represent a distinctive strand of liberalism, elements of which are still discernible in the present-day Liberal Party.

Quite apart from its different ideological trajectory, the NSW Liberal Party has been shaped by its long years in political opposition, developing what the political scientist James Jupp has called a “right-wing ratbag character.” Characteristic of a political outgroup, this complexion was largely absent in Victoria, where conservatives were more confident of being in government more often. Indeed, the political outlook of John Howard, especially his hostility to trade unions, can be traced to his formative years, most of which were spent under a state Labor government (1941–65) in which he saw a Labor culture extend its hold over all of society, from the unions, local government and educational institutions to churches, the professions and the judiciary.

In recent years, the religious right has become prominent in the NSW Liberal Party to a much greater extent than has happened elsewhere, and the factional manoeuvring of the right has created instability and some bloody preselection contests. To what extent the faction and its moralistic worldview will play out in an O’Farrell government remains to be seen.

O’Farrell, pragmatic and moderate, is a highly experienced politician, and as a former state director of the Liberal Party he knows how the machine works and is well-connected. He also knows his history, and will have taken note, as Greiner did, of the hard fight by Robert Askin, who ended a twenty-four-year period of Labor rule in 1965, to move the party to the political centre. Explaining how the Liberals could succeed in a Labor state, Askin said it had to appeal to a broad section of the community, and in that appeal there was no room for extremism.

Askin described himself as “a middle-of-the-road-man, a centre-thinker, or more precisely as being 10 per cent to the right of centre,” a label that might just fit Barry O’Farrell. Safe in the knowledge that the predicted magnitude of his imminent victory will see the Coalition in for at least two terms and quite possibly longer, O’Farrell can proceed without any fears that the state is about to revert to Labor in the immediate future.

IN VICTORIA, meanwhile, in the aftermath of its first change of government in twelve years, Ted Baillieu is still being scrutinised for signs of political ideology. He joins a select band of Liberal leaders who have won government from opposition – in Victoria’s case, Tom Hollway (1947), Henry Bolte (1955) and Jeff Kennett (1992). Of these, Kennett was by far the most atypical Victorian Liberal – admittedly a social liberal in the Deakinite tradition, but tempered with a strong ideological conviction that the role of government had to be wound back in the interests of growth and efficiency. Kennett’s neoliberal revolt in Victoria saw a campaign of privatisation unprecedented in Australia, fundamentally altering the state’s political and economic landscape.

Baillieu is no Kennett. A lifelong moderate with a well-developed sense of noblesse oblige, he is very much in the Deakinite tradition. He has made it clear already that he is his own man politically, and let it be known very firmly when Tony Abbott sought his backing to obstruct the National Broadband Network that he had his own ideas, and he could see advantages for Victoria in the Labor proposal. In attitude and ideology, Baillieu seems most closely to resemble the late Dick Hamer (premier 1972–81), the suave city lawyer who succeeded the rough-hewn sheep farmer, Henry Bolte, and began a Don Dunstan-like transformation of Melbourne, with a focus on the arts and quality of life.

While O’Farrell is set to replace an incompetent government that self-destructed, Baillieu has succeeded a moderate Labor government by no means without competence or flair. The challenge for O’Farrell is to restore a modicum of public confidence in government and public administration, while Baillieu in Melbourne has merely to steer a steady course already broadly charted. •