Whom did we miss out on? The ABC’s Sydney headquarters at Ultimo. Joel Carrett/AAP Image

In 2015, an eminently well-qualified person applied to join the board of the Australian Broadcasting Corporation. I know who this person is, but they have asked me not to share their identity. Let’s call them X.

This person — X — has consented to have this much information shared because, after two weeks of controversy, the Department of Communications and the Arts has just informed the information commissioner that it has changed its mind and doesn’t intend to release the identity of recommended candidates for the ABC board. And this is even though X is quite happy for their name to be released and has twice told the department so.

X doesn’t want to be named in isolation in a news story like this, but would be happy to be publicly identified, with others, under freedom-of-information disclosure.

But let’s back up a bit. All this follows my now year-old freedom-of-information request seeking information about appointees to the ABC board, as reported in Inside Story last week. I was made aware of X’s identity after that story.

It is hard to imagine a better-suited applicant. X had long experience with the ABC at multiple levels. As well, X had contributed to the media industry over thirty years, served in CEO roles in relevant institutions and was an experienced board member of a number of important cultural organisations. Not surprisingly, the independent nomination panel recommended to the minister, Mitch Fifield, that X be appointed to the ABC board.

The minister rejected or ignored that recommendation, and instead appointed Donny Walford and Kirstin Ferguson, the woman acting as chair of the board following Justin Milne’s resignation.

Donny Walford was a South Australian company director with no media experience. She had not bothered to apply for the job, and thus had not been through the application process. Yet, according to Senator Fifield’s media release, she had been “identified by the government as having the requisite skills.”

Last week, a member of the nomination panel, former Liberal MP Neil Brown, criticised Walford’s appointment, saying she “came from nowhere.” Indeed. But until now, I didn’t know who missed out — or rather, whom we, the Australian public, missed out on.

Ferguson, at least, had been through the process and was shortlisted, though she withdrew before recommendations were made. We now know that she was persuaded to change her mind and throw her name into the ring again by then nomination panel member Janet Albrechtsen, who unloaded on her last week.

But back to X. Undeterred by the minister’s rejection, X made another attempt when the call for applicants to join the ABC board went out again in 2017. Again, not surprisingly, they were recommended for appointment by the nomination panel.

And again, Senator Fifield ignored the recommendation and made another captain’s pick. This time it was Vanessa Guthrie, despite her not having been recommended and having no media experience. And once again the minister’s media release said she “was identified by the government as having the requisite skills.” Until then, Guthrie was best known as chair of the Minerals Council of Australia and an outspoken advocate for the coal industry.

The other 2017 appointee, Georgie Somerset, had at least been recommended for appointment — along with X.

So why this story now?

As reported last week, I have had a freedom-of-information request in for a year seeking the identity of those who were recommended for the ABC board in 2017. It was refused by the department and is on appeal to the information commissioner, an independent statutory officer.

First, I was introduced to X. Second, after months of silence, the Office of the Information Commissioner got in touch and told me the department was considering changing its mind and releasing the information to me. Apparently, the department notified the commissioner of this in July.

The deadline for this reconsideration of the request was today, Tuesday 9 October.

And guess what. Today I received another email from the information commissioner telling me that the department decided last week that it hadn’t changed its mind. It would not release the information; rather, it would continue to claim that the information was exempt under the cabinet documents and personal privacy exemptions.

The timing, of course, invites cynicism. The digging-in can only be a result of the controversies of the last fortnight. What would once have been a tiny news story would now be a major political storm.

Trust me, the comparison between X’s qualifications and those of Walford and Guthrie would provoke extremely pointed questions about political interference in the ABC.

So the information commissioner is now grinding into action to look at the documents and consider whether they are properly claimed to be exempt. The department has been given a fortnight to cough up the documents to the commissioner. After that, I will be consulted and so will the department.

It’s a good thing I haven’t been holding my breath. What’s the betting the Wentworth by-election will have come and gone before a decision is made?

Meanwhile, if any other “X’s” — recommended applicants for ABC board positions — wish to get in touch, my email address is below. • 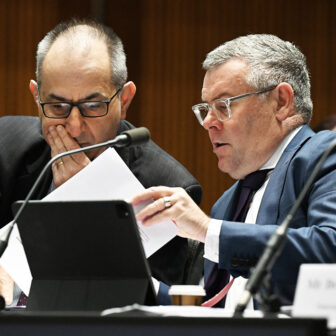 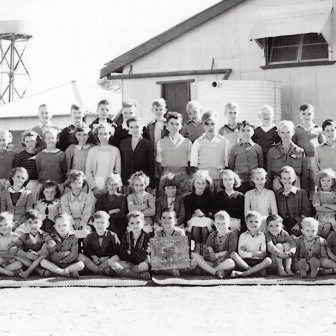 Essays & Reportage The strange career of the great Australian silence Dean Ashenden 15 November 2022 How a journey north from Adelaide led to Telling Tennant’s Story, the 2022 Political Book of the Year 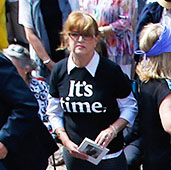