The art of the deal

Election 2019 | New South Wales has some lessons for the Senate 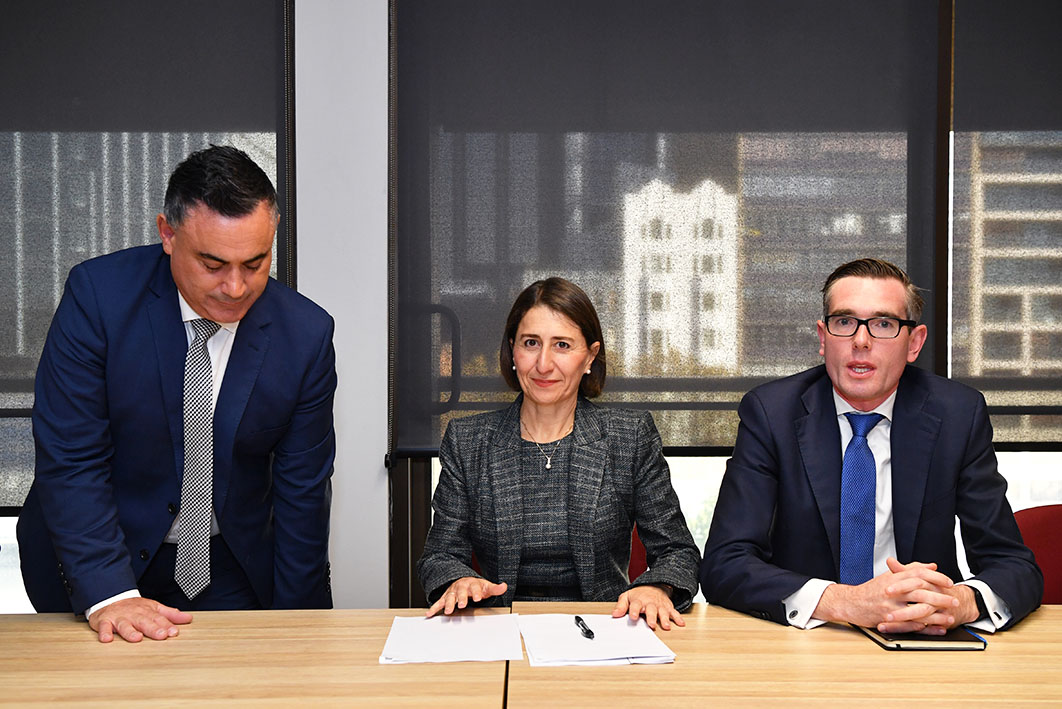 Gladys Berejiklian’s recently re-elected Coalition government faced its first parliamentary sitting this week, armed with a narrow majority in the Legislative Assembly but well short of controlling the Legislative Council. Many observers are predicting that the fragmented upper house will wreak havoc, but their fears say more about the Senate’s behaviour in recent years than how its state counterpart works.

Although no NSW government has had a majority in the upper house since the March 1988 election, the chamber hasn’t been dysfunctional and the government’s program hasn’t generally been frustrated — and there’s no particular reason to expect this to change dramatically.

The Coalition has seventeen upper house members in the new parliament and Labor fourteen. Of the eleven crossbenchers, three are Greens, two are Shooters, Fishers and Farmers, two are from One Nation, two are from the Animal Justice Party, and one, former Green Justin Field, is an independent. For the first time since 1981, Fred Nile’s Christian Democrats didn’t win a seat, although Nile, who wasn’t up for re-election, remains a member.

With Liberal John Ajaka remaining president, the government’s numbers on the floor of the house drop to sixteen. This means it needs five crossbench votes to win divisions. The crossbench splits ideologically between five on the right — the Shooters, One Nation and Nile — and six on the left — three Greens, two Animal Justice Party and the independent Field. The government should generally have the support of the right wing bloc, although it will have to engage in some tough bargaining at times. The vote of Field, a moderate environmentalist who left the Greens as a result of the actions of the party’s hard left, may be in play and the government will no doubt be devoting much effort to getting him on side.

An example of how a government can survive, even thrive, in such a situation is the 1999–2003 parliament, in which Labor had to contend with thirteen widely diverse crossbenchers. “I had to get six of those 13 to support me on anything that we wanted through if it was controversial,” says Michael Egan, who led the government in the upper house from 1995 to 2005. “And, generally speaking, I could either get the six that were, so to speak, on the left to vote for us or the six or seven on the right. So you played them off like that.” All the government’s important bills were passed, although sometimes in a modified form.

The National Party’s Duncan Gay was a minister from 2011 to 17 and upper house leader of the government for the last three of those years. “We were a pretty reformist government and we got all but two bills that we wanted through, which was not bad,” he comments. “It meant the various premiers, the various ministers, my staff particularly, and even occasionally myself, were able to wangle deals behind the scenes.” The arrangement was workable, Gay says: “If you were straight with them, they were straight with you. I was reasonably successful with legislation. That included two rounds of asset sales, which were pretty major, and reforms to insurance.”

Despite inevitable periods of frustration, discord and discontent, the crossbench balance of numbers in the upper house has proved to be manageable, even beneficial. Major bills have sometimes been heavily amended, often for the better, as some ministers admit, and the Legislative Council’s role as a house of review has revived. Its committee system, strengthened at the behest of the crossbench, plays a major role in scrutinising the executive and allowing community input. On critical occasions, the crossbench has sided with the opposition to hold the government to account by ordering the production of documents on controversial decisions, projects and policies.

As Tony Kelly, Labor leader of the government in the upper house from 2007 to 2011, says, crossbench power “makes governments a little more cautious about what they do, a little more accommodating, and it does allow for different groups to be represented.”

But why does crossbench power work better in Macquarie Street than Canberra? After thirty years’ experience, all sides have become accustomed to the idea that communication, negotiation and give-and-take are the customary way of doing things in the upper house. Importantly, governments have come to realise that the crossbenchers may have legitimate concerns that are worth listening to; ministers meet regularly with them to provide background information and deal with areas of concern.

On balance, the crossbenchers have acted reasonably. There is a general realisation that being constructive rather than obstructive yields results. Deal-making often involves using a strategic position to advance a defined agenda. The consensus on both sides is that a compromise outcome is better than nothing.

The first Greens MLC, Ian Cohen, contrasts this with the Senate. “It is a bigger stage and there are more bullies,” he says. “You also do not get that desire to work together… It is almost as if the powers that be here have accepted that there will be an ongoing proportion of crossbenchers, and the best way to deal with them is to work with them.” Cohen believes that long-running (and electorally successful) premier Bob Carr realised this: “I think it was an acceptance that we were becoming part of the landscape and we were also of use to a Labor government. Having us there, or having me and my staff there, meant that they could work with us.”

With the lower house under rigid party control, parliament’s traditional scrutiny function has moved to the upper house. There, the challenge is to “keep the bastards nervous,” in Ian Cohen’s words, while bearing in mind that the government has a mandate from the electorate and that minor party MLCs have a responsibility to the people as a whole as well as to the interests that elect them. Maintaining this balance is the key challenge for new crossbench MLCs. Incoming crossbench senators in Canberra might also heed the lessons of the NSW upper house experience. •

David Clune is an Honorary Associate in the Department of Government and International Relations at the University of Sydney and author of the forthcoming publication At Cross-Purposes? Governments and the Crossbench in the NSW Legislative Council, 1988–2011.