It’s a federal election, but most of the issues in South East Queensland are local, writes Jane Goodall in Toowomba 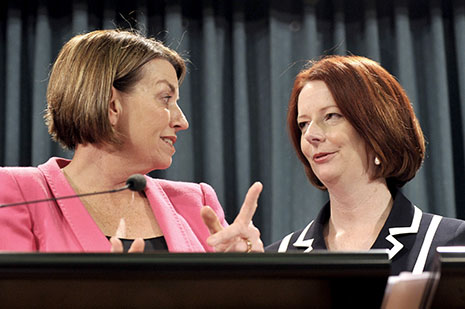 “BLIGHTED” was the Courier Mail’s headline on 21 July, over a photo of Anna Bligh looking weary and overwrought. On the same day, Tony Abbott was getting a “rock-star reception” at a Brisbane primary school, according to the paper, and declaring that the election would be “won or lost here in Queensland.”

South East Queensland has more than its share of marginal seats. In the key population growth areas around the outer fringes of Brisbane, eight electorates are held with margins of less than 5 per cent. Though recent boundary changes slightly strengthen Labor’s position in the seats of Forde, Petrie and Bonner, they too are up for grabs. Queensland delivered a massive swing to Labor at the last election, and a pendulum effect could unseat the government at this one, but what will sway the voters?

If the capital-city media is anything to go by, it’s a personality contest, to be played out with all the sophistication of a scapegoating campaign in a schoolyard. Anna Bligh, declared to be “toxic to her own party,” is the nasty girl against whom everyone can unite in a chorus of insult, and anyone who looks like being her friend had better watch out. That means Julia, who should be very careful not to be seen speaking to her and must be sure to exclude her from the big team game of the federal election.

“The Bligh factor” has been the subject of vigorous blogging on the ABC’s website The Drum, where it has sparked a debate about whether or not Queenslanders are “sophisticated voters.” Evidently no one is quite sure what kind of voters they are, especially in the south-east, where population growth has created a social dynamic that is both massive and uncertain. The more traditional aspects of regional politics also present challenges of legibility to the federal parties.

Living in Toowoomba, whose growing population is drawn from the rural areas as well as from Brisbane’s overspill, you encounter a mix of political cultures. There are those who vote for the Nationals as a hereditary practice, there are battlers who mostly voted Labor at the last election, and there’s an active contingent of Greens.

Curiously, given the tonal range of media commentary, people here are not given to expressing shrill opinions. Quite the contrary. In the cafes and the hairdressers, on the buses, you see people reading newspapers whose headlines shout ear-splitting invective, but the talk is relaxed, circumspect. I asked the hairdresser if she heard much political discussion, and she said “hardly ever.” With some gentle prompting, she ventured a couple of opinions of her own, one of which was that there was too much focus on the personalities. Some neighbours who are retired farmers from St George are more concerned about which way the weather will turn over the next few months.

People who live on the land are pragmatists, not ideologues, and if you collect the rural newspapers you get a very different sense of the political temperature. The reportage is issues-based, factual, even-handed. Anna Bligh’s recent visit to Roma for a community cabinet session drew widespread coverage because she encountered a lot of heckling over the contamination problems from the underground coal gasification trial near Kingaroy. The urban tabloids printed pictures of her being confronted by a man in a gas mask and white Hazmat suit, giving the impression that she’s attracted the wrath of some new version of the Ku Klux Klan. The front page of Roma’s Western Star, by contrast, carried a photo of the cabinet in session, with the premier addressing a full and orderly meeting of local groups.

The visit also generated news reports of perfectly amicable meetings with flood-affected residents in temporary accommodation, and with a large contingent of kids from a school threatened with closure, whose concerns were given the kind of time and attention for which the occasion was designed. The South Burnett Country Focus handled the contamination issue by printing full statements from the local council (defensive of government management of the coal gasification experiment) and the independent MP Dorothy Pratt (critical of the delay by both the state government and the plant operator, Cougar Energy, in releasing public information).

This is not a federal issue but, the way Queensland politics works, it’s set to become one. Essentially, most of the issues here are local, and the strategy is to put them up for auction in the federal arena in order to up the stakes and force a resolution. Transport infrastructure is the prime example, and has once again emerged as the dominant focus in the campaign. The South East Queensland Council of Mayors has issued a seven-point plan for improvement and “Magnificent 7” billboards have been appearing on the highways and in shopping centres with the slogan: “If your federal candidate doesn’t back the Magnificent 7, vote for one that does.” This is supposedly non-partisan, but the implication is that the current federal government is failing to deliver.

From a national point of view, the irony is that a federal election could be decided on the basis of regional and local issues in Queensland. But there is one aspect of the stoush on this part of the playing field that truly has national implications. The hate campaign against Bligh is unsavoury and unhealthy, and Labor as a national organisation appears to be doing precisely nothing to counter it. She is set to join a succession of leading female politicians in this country whose careers have been brought to an end by concerted media vilification. Who’s next? Julia? •

Jane Goodall is an independent writer based in Toowoomba, and is an adjunct professor with the Public Memory Research Group at the University of Southern Queensland.

Marginalised by the marginals

It’s the focus on marginal seats that is excluding most of us from the election conversation, writes Norman Abjorensen, but that doesn’t mean the issues are straightforward

At the margin: Launceston (above), in the electorate of Bass, is held by Labor by 1 per cent. Thin Yong Hong/Flickr 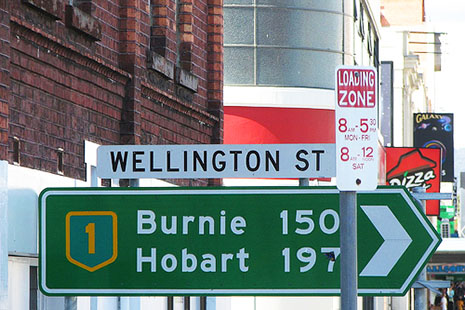 At the margin: Launceston (above), in the electorate of Bass, is held by Labor by 1 per cent. Thin Yong Hong/Flickr