The centre that couldn’t hold

We know what has gone from Irish politics, but it isn’t yet clear what will take its place 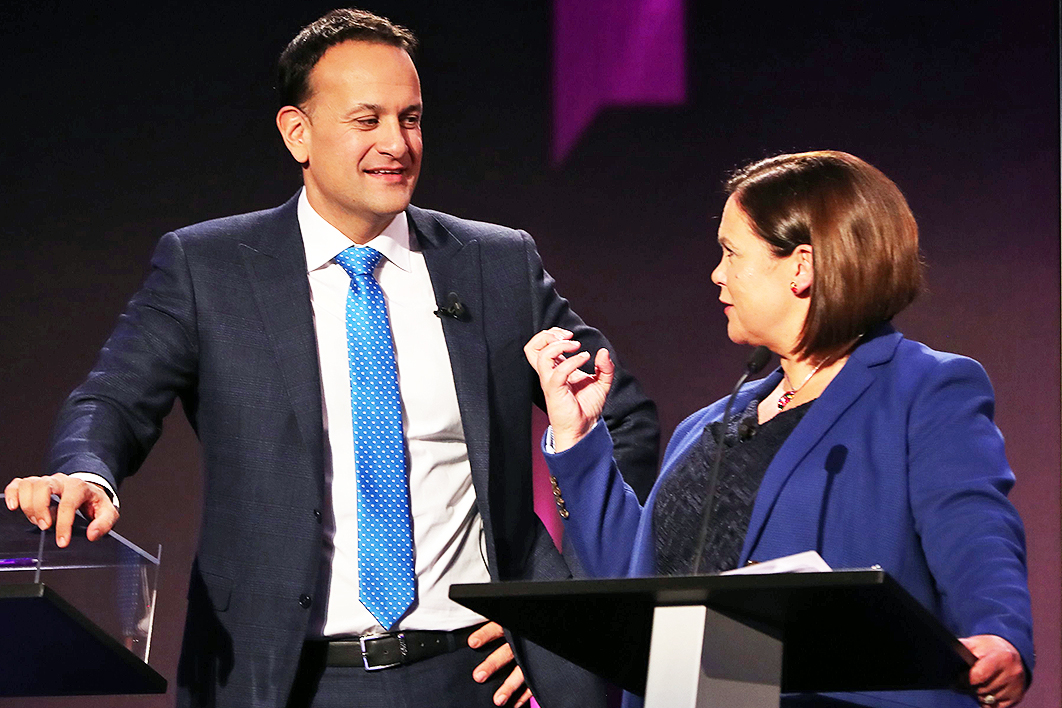 It is tempting to use the words of William Butler Yeats to describe what happened last weekend in the Irish poet’s homeland. “All changed, changed utterly,” it seems, after Sinn Féin, the political wing of the paramilitary Irish Republican Army, won the most first-preference votes at the election, relegating Fianna Fáil and the governing party, Fine Gael, to second and third place respectively.

Sinn Féin won almost 25 per cent of votes, Fianna Fáil 22 per cent, and Fine Gael 21 per cent. Under Ireland’s unusual single-transferable-vote system, known to Australian readers as PR or Hare-Clark, votes don’t always neatly translate into seats. Parties with a plurality of first preferences usually win bonus seats, but Sinn Féin — whose surge took even its most ardent supporters by surprise — didn’t contest enough seats to benefit. Its forty-two candidates were just half the number put forward by both Fianna Fáil and Fine Gael, and half the number needed for an overall majority in the Dáil, Ireland’s lower house of parliament.

Fianna Fáil consequently won thirty-eight seats, one more than Sinn Féin and three more than Fine Gael. With more candidates, Sinn Féin could have won as many as ten more seats. Despite the miscalculation, party leader Mary Lou McDonald felt entitled to claim that her party had won the election.

This was the second-worst electoral performance by Fianna Fáil since the party was created in 1926. (Its worst result came in 2011, its annus horribilis, when it was blamed for the country’s economic crash.) It was also the second-worst election ever for Fine Gael, and the party’s lowest vote share since 1948. And it was the worst-ever result for Labour, Ireland’s oldest party.

Between them, Fianna Fáil, Fine Gael and Labour constitute the two-and-a-half-party system that has dominated the Irish political landscape for the past century. They regularly won a combined first-preference vote of 85 per cent, and often an even higher proportion of seats, and they invariably governed in various configurations led either by Fianna Fáil (with a small party and/or independents) or Fine Gael (in coalition with Labour). Even though the policy differences between Fianna Fáil and Fine Gael have been described as little wider than a cigarette paper, they have never shared office with each other. The outgoing government of taoiseach Leo Varadkar, for example, was a minority Fine Gael–led administration, propped up by Fianna Fáil in a confidence-and-supply arrangement.

This structure of political competition has been rocked to its core by the election result, but it was not quite the earthquake that some have labelled it. What happened last weekend was a continuation of a series of tremors that began a decade ago when Fianna Fáil’s support collapsed in the wake of the global financial crisis. The striking volatility on display in the 2011 election was repeated in 2016, when voters shifted again, this time away from both Fianna Fáil and Fine Gael. For the first time ever, the two parties’ combined first-preference vote fell below 50 per cent. The weekend’s result was simply a continuation of a pattern whereby the Irish electorate, long deemed conservative and stable, has shed its loyalties and dispositions.

For foreign observers this trend in sentiment has been most evident in Ireland’s recent referendums on marriage equality and abortion, but it has perhaps been masked somewhat by the retention of power by what traditionally are called the “civil war parties,” Fianna Fáil and Fine Gael. (Both have their origins in the 1920s and a split in an earlier version of Sinn Féin, to which the contemporary party wielding that name also claims a direct lineage.)

Some have called the recent shift a Balkanisation of the Irish party system. The two-and-a-half-party model, which as recently as 2011 held 133 of 166 seats in the Dáil, seems to have gone forever. In its place, it seems, is a three-party model of Sinn Féin, Fianna Fáil and Fine Gael, or even a system of four parts, with the fourth being a left-wing bloc made up of Labour, the Greens, the Social Democrats and Solidarity, which won a combined twenty-nine seats.

The truth, however, is that we know what is gone but it is difficult yet to determine what has taken its place. It all hinges on whether the earthquake begun in 2011 has yet finished. Irish voters have shown that their support rests on shifting sands: they have not realigned; they are still realigning. Whatever party happens to be the flavour of a particular month can benefit from this realignment, but it also means that such a party should be prepared to lose its popularity once the electorate gets an appetite for something different again.

The Labour Party can bear witness to the cost of the increased volatility of Irish voters. When it made record gains in 1992 and 2011, winning almost as many seats as Sinn Féin did last weekend, a new party system seemed to have emerged. But the party was punished for not fulfilling the expectations placed on it in government, and the new configuration never materialised. Labour is still recovering from its period in the coalition government between 2011 and 2016, and its support has fallen to the point that it is now a very minor component of a left that it once dominated.

Where now for the Irish political system? Of crucial importance is the nature of the government that emerges from discussions between the parties. Such negotiations are likely to be protracted, not necessarily because of the distribution of seats — other European polities usually face far more difficult conundrums — but because this is a new experience for the people concerned. The last government took seventy days to form, and a repeat of that experience might be on the cards.

Fianna Fáil and Fine Gael have handed the initiative to Sinn Féin, which is seeking to put together an alliance of the left. But even if all the left’s fragments, including independents, come together, they will still be approximately fifteen seats short of a majority. Ireland has never had a government of the left, and such an outcome would in all likelihood need the external support of either Fianna Fáil or Fine Gael, which is unlikely to be forthcoming. With Fine Gael firmly ruling out government with Sinn Féin, the only option remaining is a Sinn Féin–Fianna Fáil coalition with another party. But the Fianna Fáil leader, Micheál Martin, made a firm pre-election commitment that he would not entertain such an option.

Someone has to blink first, or voters will have to go back to the polls. A fresh election would be in the interests of neither Fianna Fáil nor Fine Gael, which would likely be punished further for not working with Sinn Féin. As much as they share a distaste for the latter (and also each other), something has to give or another election may herald the type of Yeatsian change the two parties fear most. •

Liam Weeks is a Lecturer in Government and Politics at University College Cork. 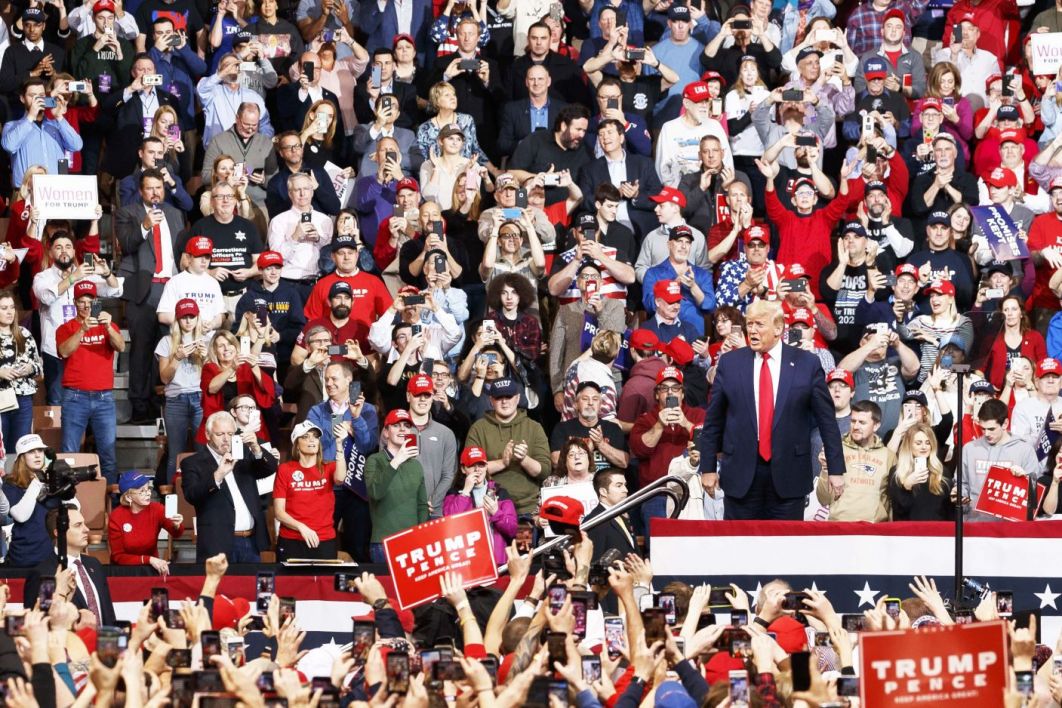