Thanks to section 44 (and resignations), the current Senate might be the least democratic in Australian history. But it can be fixed 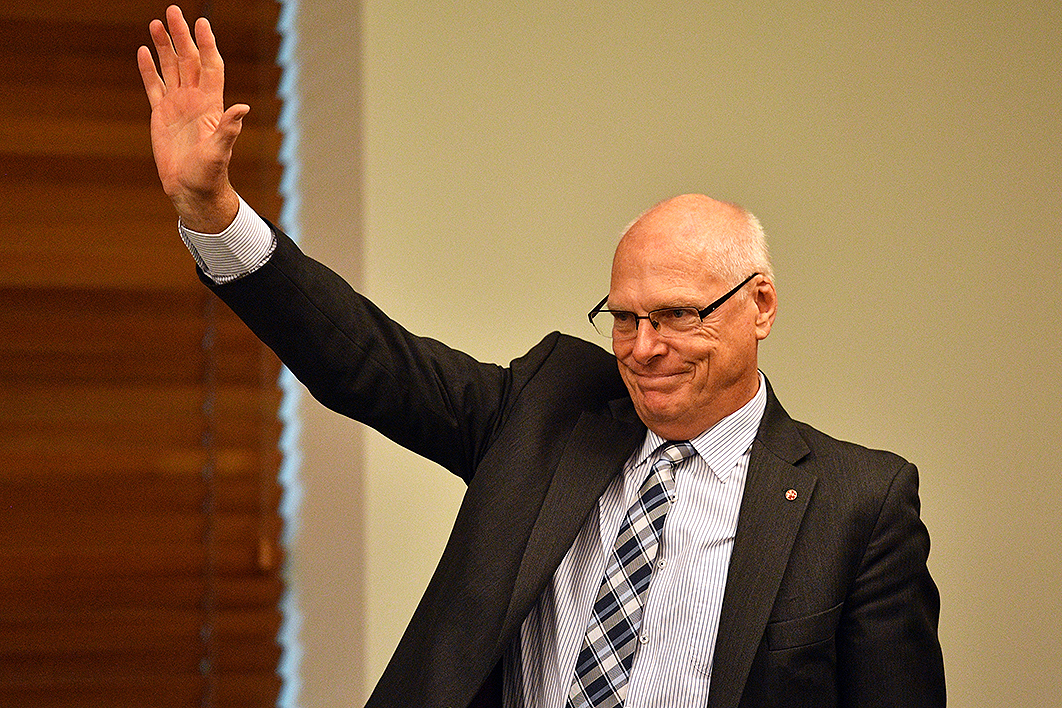 Last week saw a fresh landmark for section 44, the once obscure provision of Australia’s Constitution that has been causing so much trouble for this term’s parliament. It began with Tasmania’s Steve Martin being ruled eligible to take Jacqui Lambie’s spot in the federal Senate. Somehow, the court’s seven judges found a difference between a public high school teacher on leave (forbidden from even nominating in a federal election) and a sitting mayor (who can now take his seat in the nation’s parliament without quitting his day job).

The court is yet to publish its reasons, but it is likely that its seven judges have decided to read six of the Constitution’s most enigmatic words — “office of profit under the Crown” — narrowly rather than broadly. That’s the first narrow reading of section 44 in nearly fifty years. This welcome development follows recent hints by Australia’s chief justice that her court is tiring of the current constitutional mess.

But some things never change. By the end of the week, Martin was on the way out of the party he campaigned with, the Jacqui Lambie Network. After the High Court ruling, Lambie asked him to resign so that she could return to the Senate seat she lost because of her dual citizenship. Martin opted instead to quit serving the people of Devonport and take up the Senate seat (and salary) for what’s left of the parliamentary term.

This is what always happens. The first Australian to reach the Senate this way was author and film-maker Irina Dunn. As a student, she made her mark (literally) by scrawling the words “a woman needs a man like a fish needs a bicycle” on various bathroom walls. Her phrase was picked up by the Sydney Morning Herald’s Column 8 in 1975 and eventually became a U2 lyric. But she owes her later spell as a federal MP to an unemployed Englishman. Robert Wood led the Nuclear Disarmament Party’s NSW ticket in 1987’s double-dissolution election and scraped into the state’s twelfth Senate spot with 1.5 per cent of the vote. Following an abortive constitutional challenge, though, he was declared ineligible after it emerged that he had only just taken out Australian citizenship. Dunn took his seat.

This game of musical chairs arises because there are two very different ways to replace fallen senators. If a senator quits of her own accord (or dies), then her replacement is picked by the party she was elected with. (The rule was included in the Constitution by three-quarters of Australian voters the last time it was successfully amended, over forty years ago.) One senator, the Liberals’ Jeannie Ferris, even used this method to quit the Senate and then be immediately reappointed, apparently because she feared that she had invalidated her election by briefly working for another senator.

But the problem for Wood and Lambie (and, indeed, Ferris) is that this method isn’t available for senators who were ineligible to be elected. The High Court has always ruled that such people can only be replaced by a fresh count of the Senate ballot papers, modified to exclude the disqualified senator (who is treated, macabrely, as if she’s dead). Typically, the recount propels the next person on the party list into the Senate. That’s what happened to Dunn (the only other Nuclear Disarmament Party member on the NSW list) and Martin.

Dunn is one of two women who have ridden into the Senate on a man’s coat-tails. The reverse is much more common: to date, four men have replaced a disqualified woman and more are likely after the current job lot of High Court challenges to two more female senators. Dunn is also one of four coat-tail MPs to become turncoats, quitting or being expelled from the party whose flawed ticket propelled them to office. Dunn, like Martin, faced expulsion from the Nuclear Disarmament Party after refusing to resign her validly held seat to allow the newly Australian Wood back into parliament.

A senator’s party-hopping is usually only a political issue, not a legal one. But the High Court has now been asked to weigh in in the case of the replacement for dual-citizen senator Skye Kakoschke-Moore from the Nick Xenophon Team. Tim Storer, the next person on the South Australian ballot paper for the Nick Xenophon Team, is no longer part of the “Team” because Xenophon passed him over for his own abandoned Senate seat and Storer unsuccessfully challenged that decision. In January, Kakoschke-Moore raised a novel argument that any recount of the South Australian Senate ballot should exclude Storer (because he has left the party listed on the ballot paper) but should include Kakoschke-Moore (thanks to her speedy renunciation of her British citizenship).

Faced with these unlikely arguments, the High Court asked a better question: would a recount that replaces a Xenophon Team senator with an independent “distort the true intention of the voters” (especially the vast majority who vote “above the line”)? There’s considerable irony in that question. Thanks to section 44 (and resignations), the current Senate is probably the least democratic in Australian history. Just 85 per cent of current senators owe their positions to an actual electoral victory.

This is no accident. Rather, section 44’s raison d’être is to stop voters freely choosing their representatives, instead barring them from electing anyone who falls foul of one of five obscure and outdated disqualifications. Tellingly, whenever voters are given the chance, they speedily re-elect such candidates. There’s been an unbroken run of five such results — from ex–high-school teacher Phil Cleary in 1992 to ex–dual citizen John Alexander late last year — in the House of Representatives, where all replacements are chosen by by-election. Even the position of a current dual citizen in the lower house, Labor’s Susan Lamb, seems to be safe because voters are likely to sympathise with her family predicament.

By contrast, no coat-tail senator has ever been re-elected to the Senate. Dunn herself was booted out by voters in 1990 with just 0.8 per cent of the vote, less than half the support Wood received both in 1987 and when he recontested. One Nation’s Len Harris, who succeeded Heather Hill after she was disqualified owing to British citizenship, received just 0.2 of a quota after his six-year term. Given that, it’s not surprising that many of the current batch of coat-tailers and turncoats — including Martin — are angling for six-year terms rather than three-year ones (another legal knot the High Court may have to unravel).

My view is that this sort of behaviour by politicians is the true cause of the current constitutional mess. At present, the prospects of a successful constitutional fix by referendum are close to nil, because many people (wrongly) see a fix as making life easier for a group of people who are (justifiably) seen as having little integrity. A parliamentary committee is currently mulling over how politicians can talk the talk on constitutional change by treating it as a matter of fairness (or at least convenience or thrift). But I have a better idea: politicians — especially coat-tail senators — should walk the walk.

Take Australia’s newest MP, the Liberals’ Jim Molan. His first week as a senator saw attacks on his war record and his tweeting (reflecting an underlying hostility to his conservatism and ties to Tony Abbott). But in my view the real scandal is that he owes his seat not to the voters of New South Wales but to the worst excesses of the High Court’s brutal literalism, which saw two NSW Coalition women with more votes — Fiona Nash and Hollie Hughes — disqualified over minor and temporary technicalities. Molan hasn’t resigned, of course. No one has even asked him why not. That’s because the answer is obvious: like all the coat-tail senators, he couldn’t care less what voters truly wanted.

At the end of last week, the Greens senator Andrew Bartlett, who replaced Larissa Waters after an accident of birth capriciously left her with an unwanted Canadian citizenship, added his name to the list of coat-tail senators who won’t be re-elected to the Senate. Next election, Waters will probably be the first disqualified senator to regain her seat, albeit three years after voters wanted. Alas, Bartlett, who devoted his previous spell in the Senate as a Democrat to campaigning for reform to section 44, didn’t withdraw from the next Senate ballot to respect voters’ true intentions, but rather because he calculated that contesting a seat in the lower house instead would better suit his and his party’s prospects.

What if all of our politicians — or at least the major parties — responded to the flaws of section 44 by acting together to restore the voters’ intentions? Current coat-tail senators who came to parliament because of others’ temporary disqualification — Fraser Anning, Richard Colbeck, Jordon Steele-John, Bartlett, Molan and Martin, and soon perhaps Storer and David Smith (all men) — could swiftly resign to allow the now perfectly qualified people who the voters actually chose — Malcolm Roberts, Stephen Parry, Scott Ludlam, Waters, Nash (or Hughes), Lambie, Kakoschke-Moore and Katy Gallagher (mostly women) — speedily back into their seats.

Likewise, in the lower house, major parties could opt not to contest any by-elections of representatives under a purely technical cloud, among them Anne Aly, Julia Banks, Jason Falinski, Josh Frydenberg, Alex Hawke, Lamb, Justine Keay, Nola Marino, Rebekha Sharkie and Josh Wilson. Such selfless bipartisan acts would make an eventual constitutional fix both much more achievable and much less necessary. •

Books | Centre-left parties are struggling everywhere. Can they adapt? 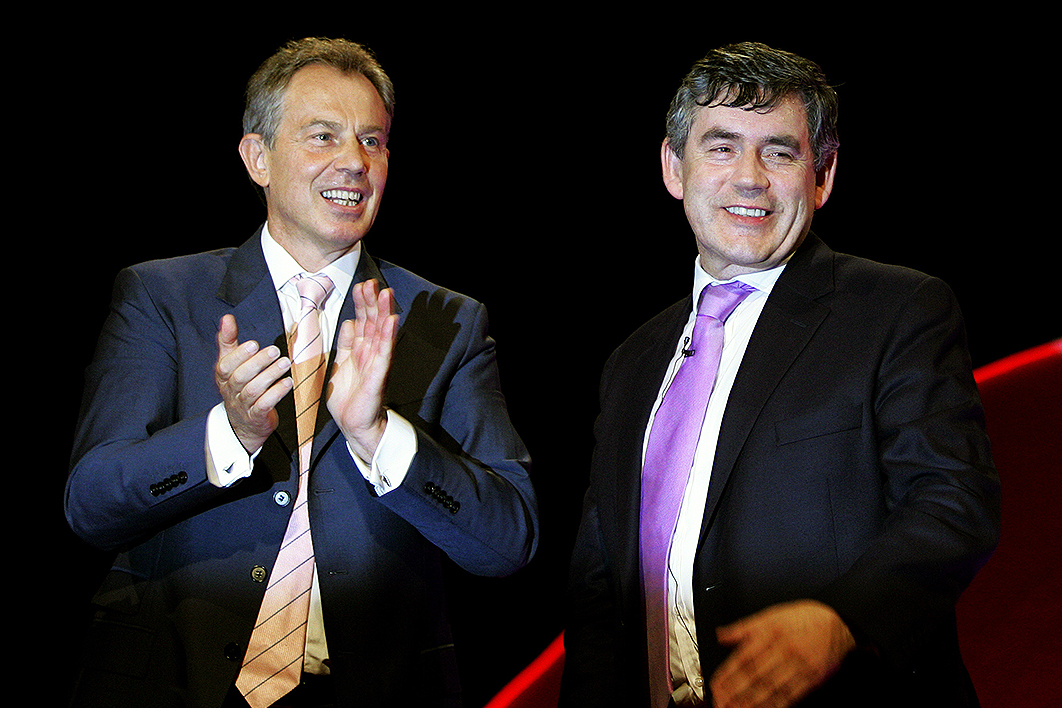