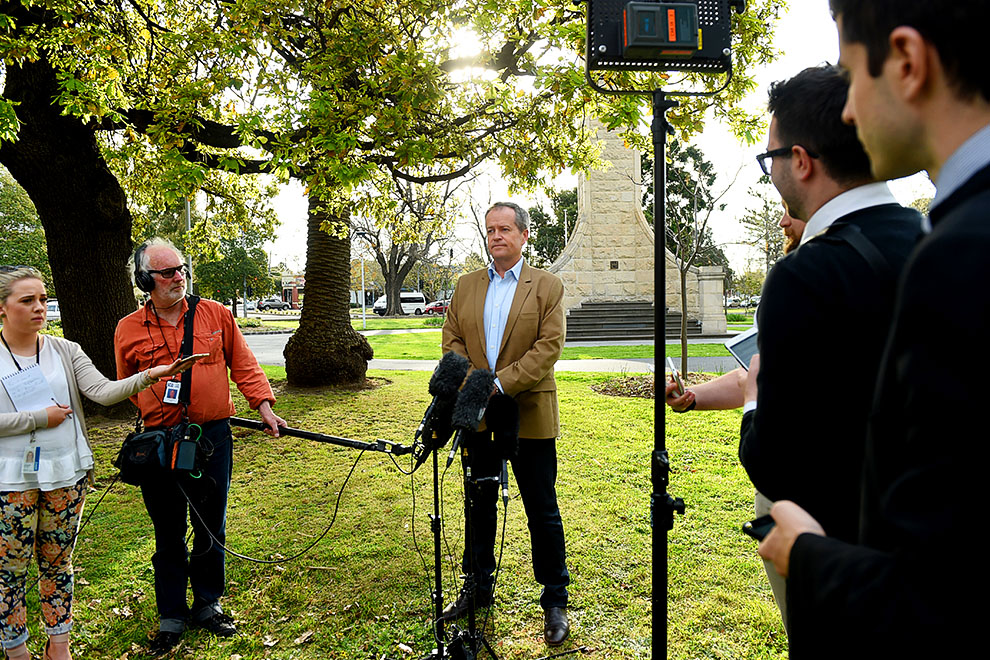 As Bill Shorten was no doubt told as a schoolboy at Xavier College in Melbourne, and might have been reminded once or twice after he converted to Anglicanism, many are called, but few are chosen. In its biblical context, the reference is to the multitude of difficulties in seeking to enter the kingdom of heaven, but in a more secular setting it hints at the travails of any leader of the opposition in Australia.

Of the thirty-three opposition leaders in the 114 years of the Commonwealth of Australia, only eighteen served as prime minister – and of those, six led the opposition after terms as prime minister. More importantly for Shorten, no first-term opposition leader has ever made that transition. If the pattern continues, he will join company with Frank Tudor, John Latham, Billy Snedden, Andrew Peacock, Kim Beazley and Brendan Nelson among the unsuccessful pretenders and contenders.

In fact, it may be that the biggest loser from Malcolm Turnbull’s successful challenge – leaving aside Tony Abbott and a handful of discarded ministers – is Shorten, who has struggled to make an impact in his two years in a job where his most effective asset was that he was not Tony Abbott.

From May last year, according to Newspoll, Shorten has held the lead in nearly every poll measuring preferred prime minister. Until May–June this year, that is, when he dipped below Abbott. Yet his own approval rating was in negative territory over that year-and-a-half, with his disapproval rating mostly exceeding his approval rating. By June this year, only 28 per cent of respondents gave him the tick of approval while 54 per cent disapproved – a negative rating of 26. Worryingly for Labor, that steadily rising disapproval suggests that the more people see of him the less they like him.

Abbott’s own goals might well have made Shorten look better than he was. But the game has changed now that he is up against Australia’s most popular politician. Especially worrying for Shorten is the fact that Malcolm Turnbull is more popular than he is even among Labor voters.

Shorten is a curious figure: a union leader who shot to national prominence on television a decade ago during the dramatic rescue of two miners trapped underground in Beaconsfield, Tasmania. From there into parliament in 2007, he served a short apprenticeship and was appointed a minister in the Rudd and Gillard governments, going on to play a key part in the removal of both prime ministers. He is obviously a heavy hitter, but we know very little about him compared to Abbott and Turnbull, for example, who have been evening news staples for years.

His media persona is curiously forced and wooden; his passion seemingly contrived and badly feigned. He has obvious charm – a smile that is both warm and spontaneous – but it gets lost in the hurly-burly of political warfare. He is generally liked, as was Julia Gillard, but in each case this sunny quality is not easily projected. This raises a broader question about the media’s coverage of politics: what it filters out and what it distorts. Do we ever see the real person or do we just get the media version? Rather than “what you see is what you get” is it more a case of “what you get is what you see”? Labor insiders still shake their heads at the yawning gulf between the laughing, joking Kevin Rudd, all banter and bonhomie, on Sunrise and the morose, foul-mouthed person they saw each day.

As the caring, eloquent union spokesman at Beaconsfield, Shorten had an attractive, youthful zest; the middle-aged political warrior now looks worn, and comes across as somehow trying too hard to be taken seriously.

Shorten is mercilessly satirised for his verbal “zingers” on the ABC’s Mad as Hell. “A lot of what he says has an imposed gravity,” says presenter Shaun Micallef. “It’s as if he’s closing the book and declaring the conversation is at an end. But it’s not quite the final word it needs to be, to be the final word.”

David Marr, whose scalpel-like dissection of Kevin Rudd first exposed in detail the serious flaws in that leader’s persona, has now turned his attention to Shorten, and we see a career forged in deal-making, alliance-building and alliance-breaking, and betrayal – not unusual, perhaps, for a professional politician. “No one works the system better than Shorten,” Marr writes, describing him as “the man from nowhere.” And he demonstrates that Shorten does have considerable skills in getting things done and in getting people working together – but often at a cost.

In Faction Man we learn of his working-class background, and of a family life characterised by a distant father and an adored and adoring mother. Shorten is one of that group of political leaders born of determined mothers and largely absent fathers, of whom Barack Obama, Bill Clinton and Tony Blair are distinguished alumni; of Labor’s leaders in Australia, Rudd and Anthony Albanese are well-known examples. Among the qualities they share, as Marr observes, are self-discipline, boundless ambition and a large appetite for approval.

That need for approval is extended not just to colleagues and allies but even to adversaries. Shorten is no class warrior; indeed, his ties with the big end of town and the Establishment, possibly originating from the shoulders he rubbed in his Xavier days, run through his later life as a persistent thread – from his first marriage into the wealthy Liberal blue-blood Beale family to his close friendship with Peter McMullin, son of the millionaire head of the Spotless group of companies. He even sought to use his influence, unsuccessfully, to have McMullin preselected for a federal seat. As Marr observes, “If Australia has to endure a union man as prime minister, it’s hard to imagine a more congenial candidate than Shorten. He represents nil challenge to capitalism.”

From blue-collar Murrumbeena to elite Xavier College in Melbourne, Shorten embarked on a journey – not just educational but up the social ladder. Like Abbott and Joe Hockey, he is a product of the Jesuits – although he traded his Catholicism for Anglicanism, as did Kevin Rudd. We see his student politics days at Monash and his ability to attract (and impress) big names; patronage was always important to Bill Shorten, just as it was to Tony Abbott. Then there’s a brief stint working for a Victorian minister before finishing his law degree, and a shortish stint in a law firm before he became, on Bill Kelty’s advice, not a union advocate but an organiser with the Australian Workers’ Union. He went on to head its Victorian branch before becoming national head.

Shorten’s ability to organise and recruit was second to none; his ability to cut deals with employers quickly attained the status of legend. This was no mere union hack. But can these undoubted skills translate to even higher things?

In many ways, Bill Shorten is an old-fashioned Labor man; his professed concerns and rhetoric are not directed at the inner-urban intelligentsia. His focus is all about jobs, prosperity, education and health. He is talking to, and pitching his appeal at, the ordinary people, Labor’s old heartland, who are essentially blue-collar conservative. This is at once a strength and a weakness: as Marr notes, he stands for nothing “brave.”

This is a media judgement rather than a political judgement; the very suburban John Howard promised a “relaxed and comfortable” government after the “big picture” rhetoric of Paul Keating; it did him no harm and was effectively reassuring. Can Bill Shorten sell his unexciting message and become Labor’s John Howard?

This is the first detailed analysis of the alternative PM since he took the Labor leadership. Now, suddenly, he is facing the fight of his life against a new prime minister; perhaps even a fight for survival. We see a complex, driven man who has risen despite material and emotional deprivation; a man of talent and ability. Bill Shorten, in his pre-political career, managed to inspire. Can he now take this to the next level and inspire a nation? •

Norman Abjorensen’s book The Manner of Their Going: Prime Ministerial Exits in Australia from Lyne to Abbott will be published on 1 October. He is currently a visiting professor in the School of Public Management at Northwest University, Xi’an, China.

“We are diverse, there’s no doubt about that… It’s one of the great strengths but also great challenges of the Liberal Party” 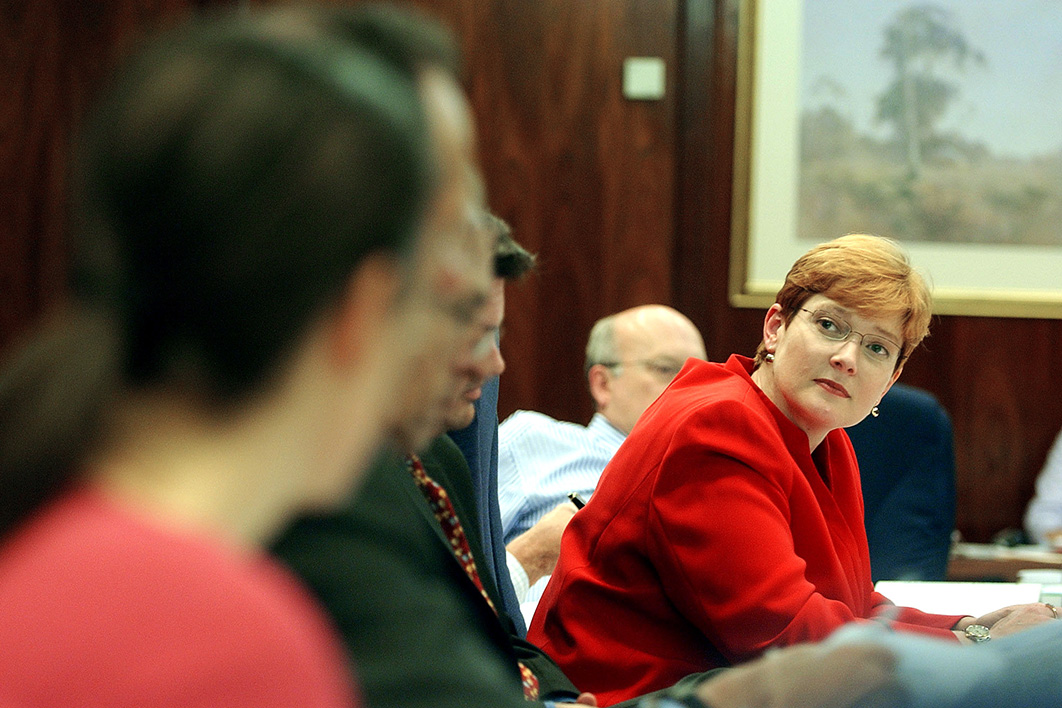