When it comes to the prices they pay for copyrighted music, Australian consumers are being stung everywhere from the gym to the pub, writes Ben Eltham 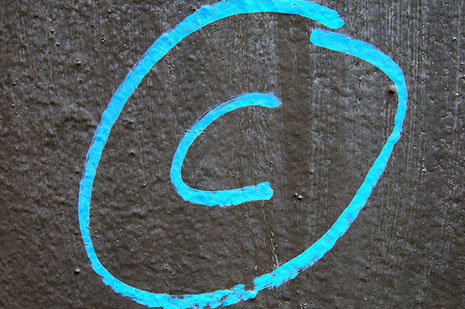 WHEN you go to the gym, are you paying to exercise, or to listen to music? The question sounds trivial, but it’s the subject of a multi-million dollar legal case currently wending its way through the Australian courts. It also illuminates the highly charged legal battleground that copyright law has become in Australia, as supposedly non-profit collection agencies sue industry after industry in an effort to increase their royalty fees.

Most of us are unaware of it, but Australian copyright law forbids all sorts of everyday uses of music that we take for granted. If you own a business and you play any sort of copyrighted music to your customers – even a CD in the waiting room – you are probably liable to pay a series of music agencies a royalty. The reason is that Australian copyright law grants a special monopoly to collection agencies when it comes to negotiating royalties on behalf of their members.

In a reflection of the labyrinthine complexity of copyright law, there are many different collection agencies and they collect different royalties for different types of copyright. The Australasian Performing Rights Association represents songwriters, the Copyright Agency Limited represents authors, Viscopy represents visual artists, Screenrights represents copyright holders in the film industry and the Phonographic Performance Company of Australia – the PPCA – represents the copyright holders of music recordings, generally large record labels.

Sound confusing? That’s because it is. Copyright law has evolved largely as a response by governments to the demands of powerful media and content industries. As new forms of recorded media have been invented, legislators have created new spheres of copyright to fence off that intellectual property from perceived threats to the earnings of artists and corporations.

The operations of Australia’s copyright collectors used to be obscure. That’s changed in the last decade, as the PPCA in particular has embarked on an ambitious and highly successful round of lawsuits. In 2007, it successfully sued the nightclub industry in the Copyright Tribunal, winning a 1500 per cent increase in royalties. In that case, the Tribunal made a controversial ruling based on comparing the bar and entry prices of public bars that don’t play music against nightclubs that do – ignoring the many other permutations of the live entertainment industry. Bars with free entry and DJs were not considered; neither were venues that played recorded music between bands. The result was a decision that many in the industry felt over-priced the contribution of copyrighted music to the revenues of licensed establishments. A decision to base fees on venue capacity rather than attendance figures was felt to be particularly unfair.

Buoyed by the windfall, the PPCA then went after the gymnasium and exercise industry, arguing gyms were also not paying enough for the use of copyrighted music played while their patrons exercised. The PPCA won that case too. In a decision handed down in May, the Copyright Tribunal ruled that gyms and fitness centres will have to pay $15 for each class, or $1 per attendee of each class, for the use of the music, up from around $1 a class previously, with a cap of $2654 a year. Representatives of the industry are now appealing that decision.

The litigious behaviour of the PPCA highlights some of the thorny public policy issues raised by copyright law in the twenty-first century. Who should set the prices for copyrighted music in Australia, for instance? Most economists would say “the market.” But in Australia, these decisions are in effect being made by a court, in a process closer to early twentieth-century wage- and price-fixing than the kind of open and free market process most Australian consumers have come to expect.

Some academics and copyright activists would go much further and question the very nature of copyright itself. In an age when music is freely and easily downloadable as a digital MP3, does it make any sense to charge royalties for the property embodied in the “mechanical” embodiment of a musical recording?

And then there are the collection agencies themselves, whose governance and operations are increasingly at odds with their nominally non-profit constitutions. The PPCA, for instance, is one of the smaller of Australia’s copyright collection bodies, but certainly one of the most aggressive litigators. Last year, it spent nearly $4 million of its $25 million in royalty revenues on legal fees. Sixteen million dollars was distributed to members, chiefly the big three major labels – all of whom have representatives on its board.

In fact, as a glance at the composition of the PPCA’s board underlines, the agency is run largely by and for the record industry. The board is stacked with record industry executives such as Warner’s Ed St John, Sony’s Denis Handlin and Universal’s George Ash, along with former Go-Betweens drummer Lindy Morrison and prominent artist manager Bill Cullen. Representing around 75 per cent of the recorded music industry by sales, the PPCA is effectively a legalised cartel. (Like APRA, it even has a special dispensation from the Australian Competition and Consumer Commission to operate as a monopolistic collection agency.)

The decision is certainly another in a series of legal wins for the big labels, which have run into serious trouble in the past decade owing to high debt loads, falling CD sales, rampant downloading and a shift in industry revenues towards touring and merchandise. But whether it makes for a sensible long-term business strategy is very much an open question.

As Fitness Australia chief executive Lauretta Stace told Fairfax’s Bellinda Kontominas, record companies have “shot themselves in the foot” by forcing gym and other businesses to royalty-free sources of music. You can see the trend reflected in some of the advertising links around the article on the smh.com.au website – for instance this link to The Groove Gallery, one of the many licence-free music services now proliferating in the wake of these decisions. “Want to play top quality music tracks in your place of business, but don't want to pay for expensive copyright and licensing fees?” Groove Gallery’s website asks.

Perhaps most importantly, the case also highlights the increasingly skewed nature of copyright law in Australia, which is now tilted decisively towards copyright holders, including famous artists and big publishers, and away from rights users like libraries, schools and gyms. After all, there is one important interest group that is almost never consulted in decisions of the Copyright Tribunal: ordinary citizens like you and me. •

Ben Eltham is a writer, journalist and creative producer.

Are autonomous schools the answer?

Australian policymakers are undoubtedly watching developments in Britain and the United States with interest. But how much can we learn from systems that are so different from our own, asks Dahle Suggett 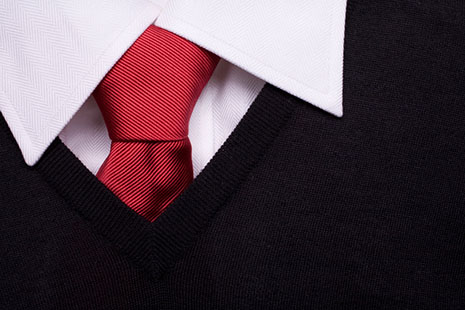