The debt truck crunches its gears 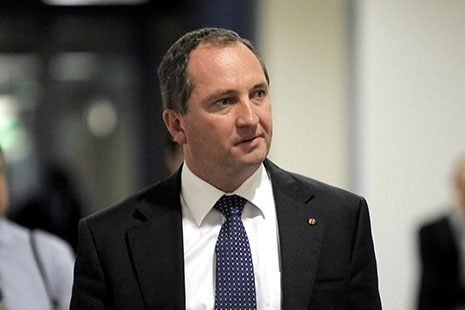 LAST WEEK it was health, this week maternity leave, but the political issue that persists is debt. Many Australians are worried about the amount the federal government is amassing and the Coalition ramps up the concern at every opportunity.

For much of the worry we can thank the previous government, which hammered a simple message after it took government in 1996: Labor left a huge government debt which took many years of discipline and surpluses to pay off. Now Labor has returned to office and deficits and debt are back. It’s a good story, easy to understand and easily related to everyday experience – and until his elevation to shadow finance the Nationals’ Barnaby Joyce was particularly good at telling it.

But debt works both ways. The gift for Tony Abbott and the Coalition is that Kevin Rudd’s instinctive approach to the issue, like his approach to everything else, is to avoid the topic. Or talk about talking about it. Rudd’s tight grip on ministers sees his strange fear of the electorate debilitating the whole government.

But there is a downside to this issue for the Coalition, a conundrum that it seems not fully to appreciate. The more successful Team Abbott is at ramming home its message, the greater the eventual pressure will be on the opposition to explain what it will do about it. If the projected deficits are sending the country broke, how would a Coalition government eradicate them?

Joyce’s quip last month that the $3.5 to $4.5 billion from the opposition’s planned sale of Medibank Private was only the “equivalent of about three to four weeks of Labor Party borrowings” was too clever by half. What, then, is the point in tinkering around the edges? The answer – promising radical surgery from opposition – would guarantee electoral loss.

Debt was a potent issue under the last Labor government, 1983–96, but it was a different type of debt. Although it seems largely forgotten today, opposition leader John Howard’s 1995 “debt truck” referred not to government debt but to national debt, what the country as a whole – governments, individuals and corporations – had borrowed from foreigners. “$10,000 for every man, woman and child” was the Howard slogan.

During the successful 1996 campaign, Howard largely avoided the topic of government debt and deficits. No one believed the Keating government’s optimistic budget deficit forecast, but the opposition pretended to, so it could make election promises. When, weeks before polling day, Victorian premier Jeff Kennett blabbed that the deficit was really much worse, he was slapped down by Howard and Peter Costello. It was tricky territory to manoeuvre.

Foreign debt – or more specifically its accumulating component, the current account deficit – had stuck to Labor since Paul Keating’s famous 1986 “banana republic” interview with radio announcer John Laws. Australians were borrowing heavily to pay for the large gap between what we exported and what we imported. This too was conceptually easy to understand, but it wasn’t just a political issue, it came to infuse Australia’s self-image. “We’re living beyond our means” was the catchcry. “The world doesn’t owe us a living.” Every bad current account number deepened the pall. The party was over. It seemed intractable.

One of the early suggested solutions lay in the “twin deficits theory”: if the government got rid of its own deficit, the country would follow suit. So the government started running fiscal surpluses from 1987 – which certainly enabled Treasurer Keating to boast about paying off the debt generated by the previous government, but was mainly a means of controlling the current account deficit.

For a sample of contemporary thinking, here is Ross Gittins in the Sydney Morning Herald on budget day 1989: “What we need from Paul Keating in tonight’s Budget is a surplus of no less than $9 billion… It is imperative that we fix the balance of payments and halt the inexorable rise in our debts to foreigners… The point of achieving a higher surplus is to have the Budget take over more of the job of restraining the nation’s spending.”

On this occasion, Keating did as he was told, announcing a $9.12 billion surplus, but the current account deficit continued its merry trajectory, only to be eventually halted, for a time, by the early 1990s recession (which also killed the surpluses).

It turned out that the solution to the current account deficit was deceptively simple: stop worrying about it. National debt went from a third of GDP in 1996 to more than half when Howard left office in
2007, and current account deficits remain huge today (despite high commodity prices), but few economists seem to care anymore. And you no longer hear about the link between government and national debt.

But if foreign debt was a political problem for Bob Hawke and Keating, it also probably contributed to that government’s unprecedented (for Labor) thirteen years in office. In challenging times an untried opposition was not worth the risk. (At least in the 1987 and 1990 elections; by 1993 Keating’s excuses had worn thin but the opposition lost by making itself the issue.)

Back then the government did the explaining, but today’s is too timid to talk. Instead, the opposition is upping the temperature. But if the challenges in 2010 are as immense as the opposition keeps saying they are, will voters take a chance with Abbott and Barnaby Joyce? A stressed-out voter is a risk-averse one. Federal Labor is rhetorically challenged, the prime minister flits from topic to topic, but it might be that the opposition, in continually telling everyone how frightful the future looks and how important the task ahead is, is doing the government’s job for it. •

Peter Brent is a Visiting Fellow at the Australian National University and editor of Mumble.

The South Australian economy has picked up, but the polls suggest a government in serious trouble. What went wrong, asks Dean Jaensch 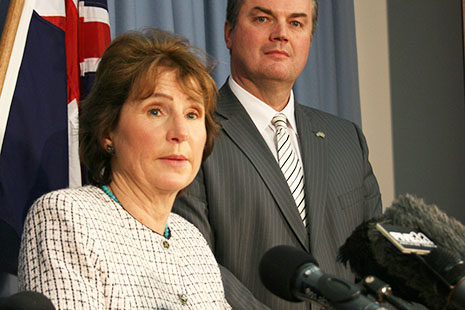