The economic case for increasing Newstart 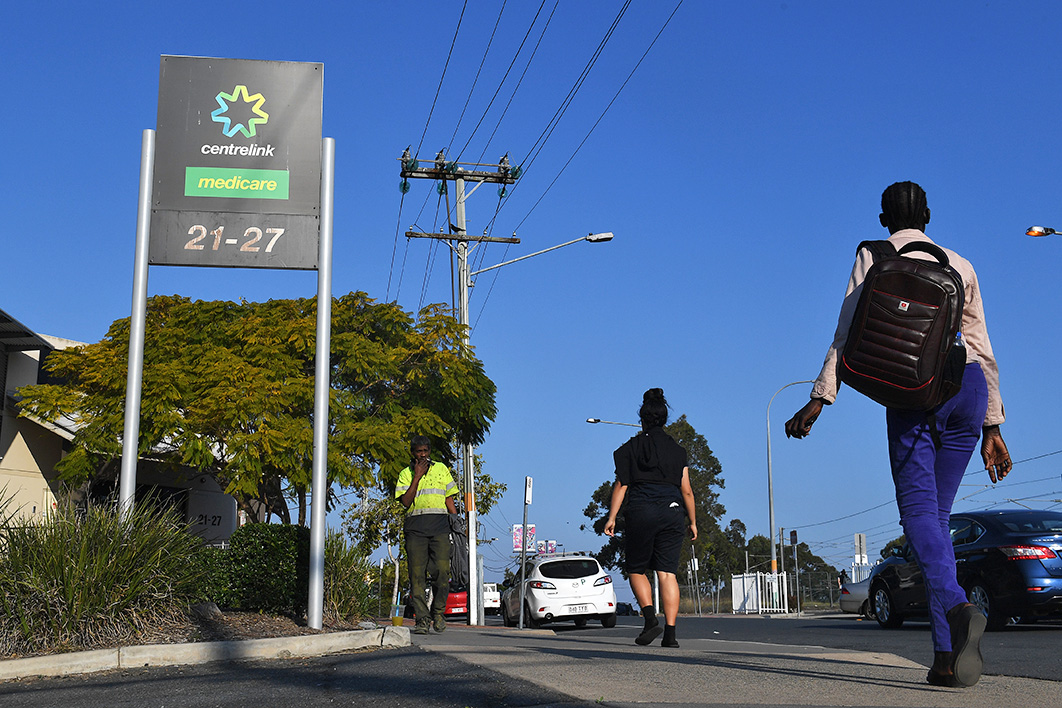 Imagine a single policy that could boost our lacklustre economy by $4 billion, create an additional 12,000 jobs by 2021, disproportionately support regional and remote communities doing it tough with drought and bushfires, reduce inequality by benefiting the poorest fifth of Australians twenty-eight times more than the richest, disproportionately support women, boost wages and corporate profits, and increase federal and state tax revenue by more than $1.25 billion.

Now suppose this policy has longer-term benefits: that it could automatically boost the economy during times of weakness without the time lags associated with infrastructure and other stimulus spending; that it would automatically withdraw from the economy when times were good without the permanent cost of tax cuts and other stimulus measures; and that it would boost economic growth and reduce volatility.

And suppose the cost of this policy was only 0.6 per cent of the federal budget, meaning it could be funded without losing the politically cherished budget surplus.

While the age pension has doubled in real terms since 2000, Newstart has remained unchanged. The reason is simple, but illogical. Newstart is indexed against inflation whereas other government payments are indexed against wages, which more accurately measure living standards. If inflation and wages moved together, this wouldn’t be a problem. But wages have outgrown inflation by 40 per cent over the past twenty-five years, meaning that Newstart recipients, in real terms, have fallen far behind.

By any measure, people on Newstart are among the most disadvantaged. If a society can be judged by how it treats its most vulnerable, Australia is not looking good. An analysis by ANU economists Ben Phillips, Matthew Gray, Cukkoo Joseph and Richard Webster shows that the poverty rate among households that depend on government payments as their primary income (apart from the age pension) rose from 39 per cent in 1993 to 80 per cent in 2017.

Before we get onto the economics, it’s worth rebutting some of the common misconceptions about Newstart.

The idea that people on Newstart are lazy young urban-dwellers is not only factually incorrect (the typical Newstart recipient is a middle-aged woman living outside the big cities) but ignores the fact that, across the economy, there is only one vacant job for every 4.4 unemployed people. It’s hard to take a job that doesn’t exist. Macquarie Bank has shown that the best way to reduce unemployment is to create more jobs: the two move in lockstep. They probably won’t win the Nobel Prize for that discovery, but those who dismiss the unemployed as being lazy seem to have forgotten this most basic arithmetic.

Despite all its controversy, Newstart happens to be one of the cheaper welfare programs around, costing less than one-seventh of the age pension. Increasing Newstart is also the quickest, easiest and most effective way of reducing poverty in Australia.

The argument that increasing Newstart reduces the incentive to find a job is similarly baseless. Newstart is so low that the Grattan Institute found it actually prevents people from looking for work. Many people on Newstart are already working but can’t get enough hours. And if you’re aware of research findings on intergenerational disadvantage, you’ll know that your childhood postcode shapes your life outcomes. Demonising the poor, in other words, is a bit like demonising someone who didn’t win at a game of luck.

There is also a strong economic case for increasing Newstart.

Consider the short-term benefits first. You didn’t have to go to the Boxing Day sales to know that the economy is not doing well (you were more likely to get hit by a tumbleweed than an enthusiastic shopper!). And it’s little wonder. Compared to the first half of the decade, retail spending growth over the past five years is down 30 per cent, quarterly wage growth is down 40 per cent and consumption growth is down 15 per cent. The rate at which the economy creates new businesses has fallen from 14 to 11 per cent. Investment now contracts each quarter by an average of 0.4 per cent and productivity growth has flatlined. GDP growth remains around global financial crisis levels.

What the economy needs is more demand. While businesses have stopped investing and expanding, their profits are at record highs, the ASX200 has broken new ground, bond yields and interest rates are at record lows and share buybacks and dividend payouts are at unprecedented levels. The message from the data is clear: businesses are awash with cash, and can easily get more if they want it, but they will only invest and hire if there is demand for what they sell.

Enter Newstart. The ANU’s economists show that the poverty gap for people on Newstart — the absolute difference between a household’s income and the poverty line — has increased fivefold from $25 in 1993 to $124 in 2017. This means that Newstart recipients have what economists call a “high marginal propensity to consume,” a fancy way of saying that they are forced by their dire circumstances to spend every dollar they receive. In other words, every dollar spent on Newstart goes straight into the demand-side of the economy rather than being saved. In normal times, this stimulus would be offset by rising inflation, rising interest rates and an appreciated exchange rate (as well as more spending on imports). But as economists Jason Furman, Larry Summers and Olivier Blanchard have shown, these effects are dramatically weaker in the low-inflation, low-interest environment in which we live, meaning the stimulus effect is even larger.

The economists at Deloitte Access Economics have crunched the numbers. They estimate that, even with these offsetting effects, increasing Newstart by a meagre $75 per week (ANU modelling suggests $100 would be optimal) would boost GDP by $4 billion and create an additional 12,000 jobs by 2021. They show that the benefits disproportionately flow to regional and remote communities (given that’s where most Newstart recipients live) and would boost wages, corporate profits and government coffers through the increase in demand in the economy.

But it’s in the long-run that an increase in Newstart makes the most economic sense.

Economists like automatic stabilisers because politicians have demonstrated an inability to manage fiscal policy responsibly. They either spend too much when the economy is strong (Howard) or cut back spending when the economy is weak (Gillard, Morrison). The IMF shows that more than half the fiscal stabilisation observed in advanced economies is because of automatic stabilisers rather than government decisions.

More importantly, the IMF shows that Australia could do much better in strengthening our automatic fiscal stabilisers, and hence boosting growth and reducing volatility. Australia lags behind the United States, Japan, Canada and most others. We are more than a third behind New Zealand. The cost is significant. By having stronger automatic fiscal stabilisers through measures like an increase in Newstart, annual Australian GDP growth could be up to 0.3 percentage points higher and volatility — the extent to which GDP growth lurches from boom to bust — could be reduced by up to 20 per cent.

The macroeconomic case for increasing Newstart is just one of many reasons to do it. As the acclaimed American poet, Maya Angelou, once said, “When we give cheerfully and accept gratefully, everyone is blessed.” The same is true in economics. •

Adam Triggs is Director of Research in the Asian Bureau of Economic Research at the Australian National University.

John Cain was a leader of integrity, courage and vision… and still he lost Victoria’s top job 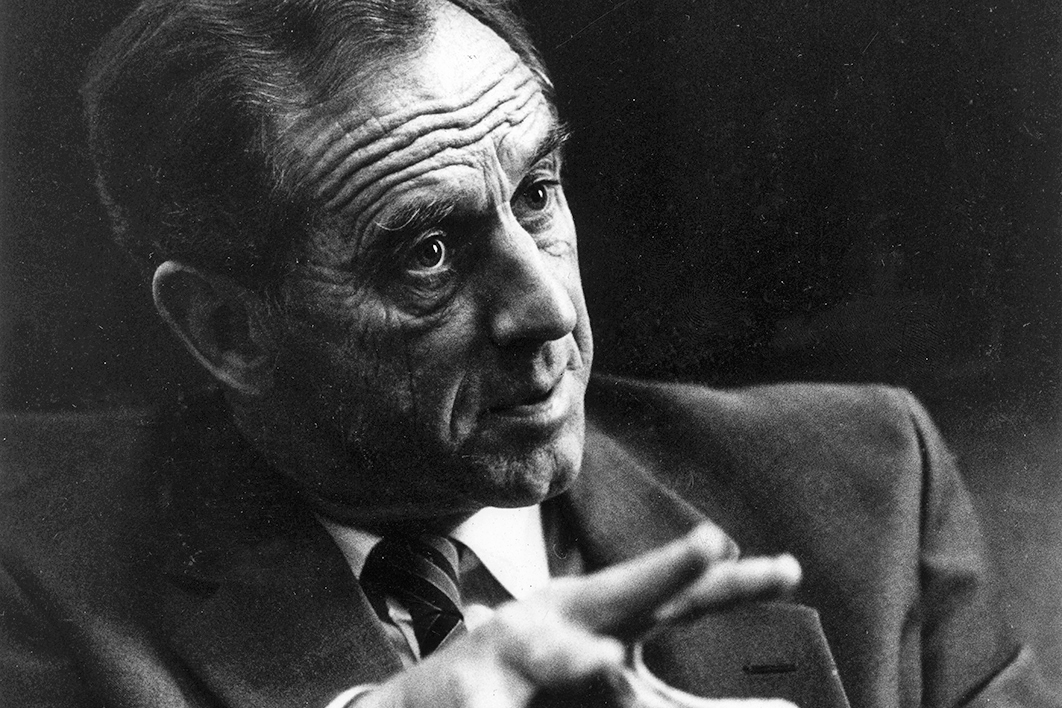