The end of the beginning

As research reveals more about controlling the virus, Singapore’s rise in cases sends a signal to Australia 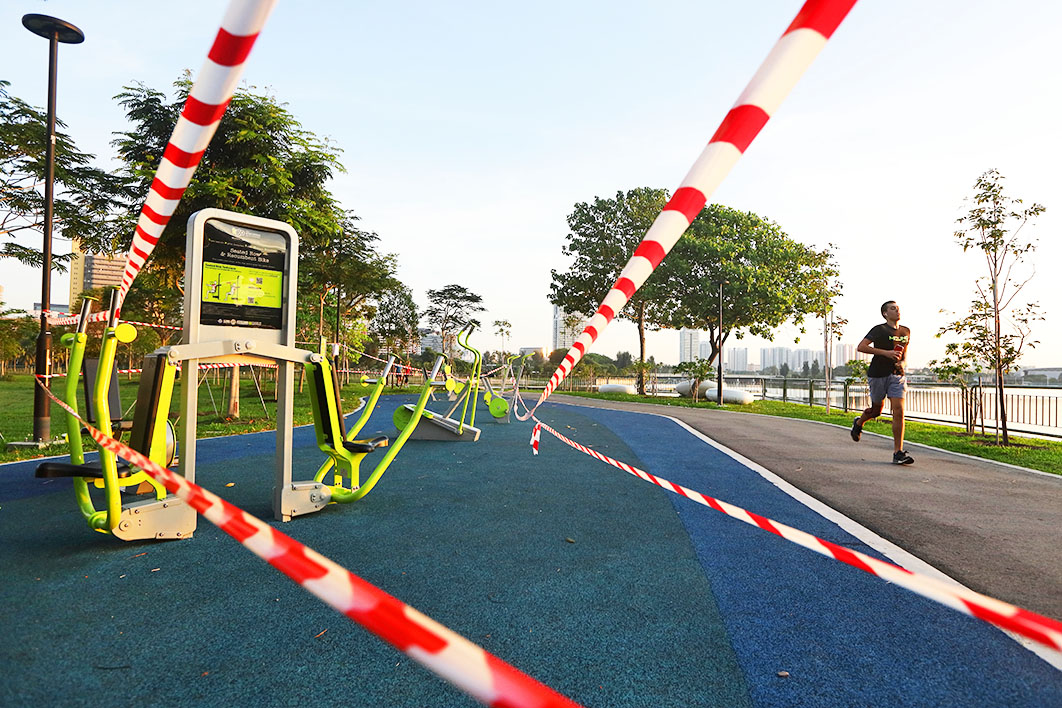 My mother was among the South Australian contingent of the Volunteer Army Detachment — the nurses who staffed field hospitals close to the front line during the second world war. She was there as they received casualties at El Alamein, where the Australian army’s ninth division had played a decisive role in that most decisive of battles at a cost of some 6000 casualties.

Like many who returned from the war, she never talked much about her experiences — just an occasional remark, mostly about lighter moments, never about the terrible ones. What stuck in her mind about El Alamein, I recall her saying, was how loud the sound of the artillery had been through the night, and how long it lasted. She would never hear a word spoken against the Salvation Army, who were as close as possible to the front line offering cups of tea and comfort.

The second battle of El Alamein — exactly halfway through the six years of war, as it happens — was pivotal. The Allies never won a battle before it, Winston Churchill wrote, and never lost one after. It was the prompt for the British PM’s famous November 1942 speech, which included the lines “This is not the end. It is not even the beginning of the end. But it is, perhaps, the end of the beginning.”

New York’s governor, Andrew Cuomo, quoted those words last week as the rate of the rise in deaths from Covid-19 started to decline in his state. But I am not sure we have yet fully grasped what they really mean when they’re applied to these figures. The risk is that the “curve” starts heading down and wishful thinkers start declaring victory. As Churchill also said in that famous speech, “I have never promised anything but blood, tears, toil and sweat,” and there is a lot more of that to come before we see off Covid-19.

Perhaps the clearest picture yet of what it will take to control the rebound after the first wave of infection subsides comes in a paper published by the Lancet this week. Kathy Leung and colleagues from the University of Hong Kong look in detail at provinces outside Hubei in mainland China. As others have done, they point to the importance of keeping the reproduction rate below one (Rt<1 in their terminology), but they also highlight that any return to a rate above one would ratchet up the baseline number of infections in the community. This means that “simply tightening control interventions again to maintain Rt=1 would not reduce the burden back to its original baseline”; to do that would involve extra effort:

Therefore, relaxation of interventions to allow Rt>1 would probably incur both marginally higher health and economic loss, even if the disease prevalence could subsequently be pushed back to pre-relaxation level. Thus, proactively striking a balance between resuming economic activities and keeping Rt below 1 is likely to be the optimal strategy until effective vaccines become widely available.

Singapore is perhaps the clearest signal for Australia. It established the gold standard for successful initial responses to the virus but has now gone into a more aggressive “circuit-breaker” period of lockdown, including school closures, in response to new local clusters of infection, even as cases coming from overseas have reduced to zero. The first of the resurgent cases were found in foreign-worker dormitories, but here also Singapore has established a gold standard, with prime minister Lee Hsien Loong’s promise to pay “close attention to the welfare of the foreign workers.”

On Friday, Lee reminded Singaporeans that these workers “came to Singapore to work hard for a living, and provide for their families back home.” They have played an important part building Singapore’s high-rise flats, Changi Airport, and mass-transit lines, he said. “We have worked with their employers to make sure they will be paid their salaries, and can remit money home. We will provide them with the medical care and treatment that they need.”

Kathy Leung and her colleagues propose that one way of maintaining the vigilance needed to manage rebound would be to develop “digital proxies for social mixing and human mobility” using the ubiquitous smartphone data collected on apps like WeChat and Alipay (no one in China uses cash any more). To assess your likelihood of harbouring the virus, they would build on the system already developed to regulate public movement in China during the epidemic according to the green, yellow or red code your phone produces.

But before you say “that’d only work in authoritarian societies like China” consider this: Apple and Google are collaborating on uses of bluetooth low-energy transmission data (the signals exchanged between phones in near proximity) to enable Covid-19 contact tracing; and Facebook’s Data for Good initiative has developed co-location maps to reveal the probability that people in one area will come in contact with people in another, as well as “movement range trends” showing whether people are staying near home or visiting many parts of town.

The alternative to big data surveillance in epidemic control is grassroots, movement-based organising, which can develop local solidarity and manage prevention and transmission as well as response. To date, other than symbolic gestures of applause or sharing of cute memes, there has been little sign of systematic movement-building. When central authorities spend much of their messaging capital on reinforcing heavy-handed policing, they undermine the notion that communities working together can find appropriate solutions. Perhaps now is the time to flick the switch to solidarity.

The lasting alternative to these non-pharmaceutical interventions will only come from an effective vaccine. The good news is that, as of 8 April, 115 candidate vaccines against SARS-CoV-2 were in the works. The bad news is that a survey of the vaccine field from 1998 to 2009 showed that even once candidate vaccines get to the pre-clinical development phase they take an average of nearly eleven years to reach market, and only 6 per cent make it through the journey. Can things be different this time? The head of the Gavi vaccine alliance, Seth Berkley, has called for a “Manhattan project” to develop a SARS-CoV-2 vaccine, involving “extraordinary sharing of information and resources.” A race to see which vaccine candidates perform best is fine for the initial stages, but then a process is needed to pick the best and take it to scale.

Warnings have already been made about fairness. Unlike the 2009 H1N1 flu pandemic, when “rich countries negotiated large advance orders for the vaccine, crowding out poor countries,” governments will need to establish a globally equitable allocation system.

This is perhaps the biggest challenge. In his Easter Sunday Urbi et Orbi message, Pope Francis firmly sided with global solidarity and against self-centredness. He may have had in his sights the US president, who exemplified all that is wrong in a competitive race to protection with his boast that he had talked with “genius” pharmaceutical companies to rush the latest experimental treatments to Boris Johnson in intensive care. The offer was politely refused, and when the British prime minister emerged from hospital he thanked the National Health Service for saving his life. There could hardly be a starker contrast between billionaire boasts of special access and an endorsement of a health service that holds equitable access at the centre of its values, even (or especially) when it is under tremendous strain.

One of the most convincing voices to have emerged in recent weeks on the theme of global solidarity is Spain’s newly minted foreign minister, Arancha González Laya. Commenting on Europe’s north–south split over mutual financial support, she singled out the trenchant Dutch opposition to assisting countries like hers. “We are all in the same European boat” that has run into an iceberg, she said, and all of us are facing the same risks, whether or not we are in first-class berths.

Famously, survival rates from the Titanic demonstrate that first-class passengers did indeed have a better chance of making it out alive (although gender and age had an even larger impact — it was a case of “women and children first”). Those whose chances were the poorest were the crew — perhaps most analogous to the doctors, nurses, cleaners and orderlies staffing health facilities on the front line of this pandemic.

It has often been said that AIDS was an “equal opportunity disease.” Like Covid-19, wealth and education have been no barrier to infection. In that sense we are all in the same boat. But once the boat is sinking, your chances are indeed strongly affected by class, hence the spectre in the United States of much higher Covid-19 death rates among African-American populations.

These inequities won’t fix themselves, but they can be fixed, and we ought to take heart from the chorus around the world demanding it.

Perhaps the neoliberal era will end with both a crash and a whimper. •

The aunt I never knew

Rose and Joycey Wythe in London, probably in 1923. Sylvia Martin 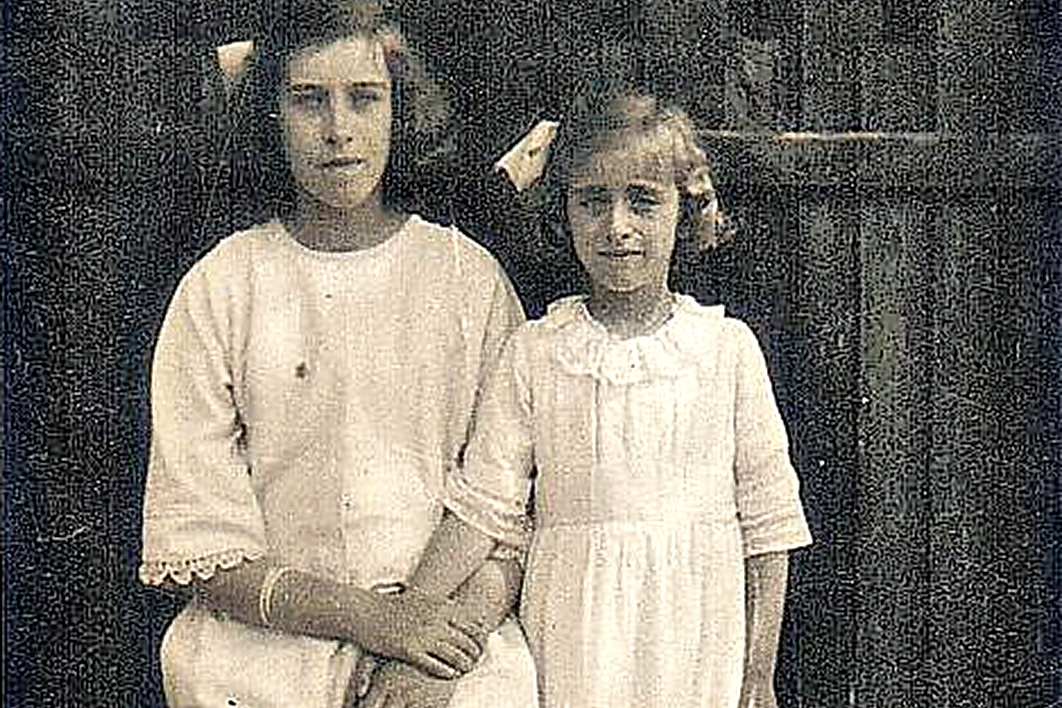 Rose and Joycey Wythe in London, probably in 1923. Sylvia Martin