Could section 58 of the Constitution awaken in an era of minority government? 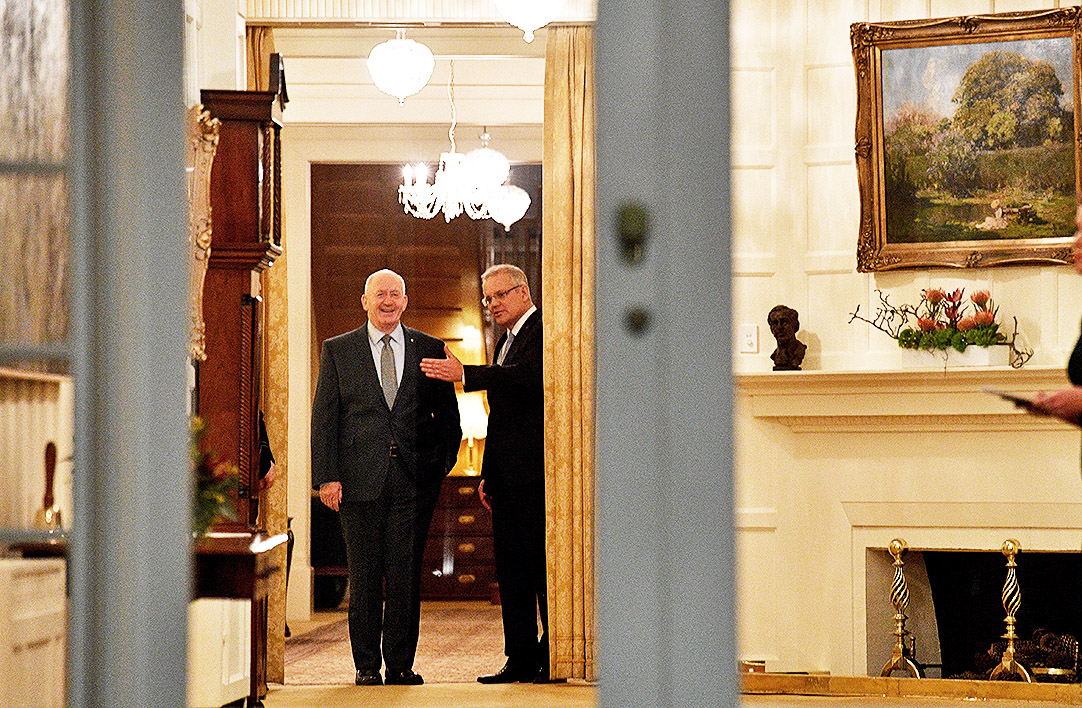 If you relied solely on media coverage of the governor-general’s activities, you could be forgiven for believing that he or she performs an essentially ceremonial role, far removed from day-to-day politics. But if your only knowledge of Australia came from reading the Constitution, you would come away with the impression that the governor-general exercises near-dictatorial power. The gulf between those two images reflects the wide-ranging but seldom-used “reserve powers” that the governor-general possesses within Australia’s system of government. Long dormant, they might yet show signs of life.

But it’s another provision, section 58, that has escaped attention. This section covers the governor-general’s options when he or she is presented with legislation for “royal assent,” the formal process through which all bills must pass. Faced with a piece of legislation passed by both houses of parliament, the governor-general may choose one of four options: granting royal assent to the bill, withholding assent, leaving the bill “for the Queen’s pleasure,” or sending it back to the parliament with or without suggestions for amendments.

According to leading constitutional scholar Anne Twomey, governors-general have only ever declined to grant royal assent when drafting errors have been detected. But just because the section has a trivial past doesn’t mean it has an insignificant future.

The unusual discretionary character of section 58 derives from the fact that the governor-general is not only the head of government but also part of the legislature. As the representative of the executive, and most likely based on advice from cabinet, the governor-general has the power to withhold assent or return a bill to the parliament even if it has passed both houses. On the other hand, as part of the legislature, and most likely based on advice from the speaker and the clerk of the House of the Representatives, the governor-general could grant royal assent to a private member’s bill that has passed both houses of parliament against the wishes of the government.

In this way, section 58 encapsulates the clash between the principle of responsible government, under which the governor-general must act on ministerial advice regardless of any other factors, and the principle of representative government, under which the governor-general acts on the advice of the House of Representatives rather than of a government that has suffered a legislative defeat.

The fact that governors-general have never exercised the discretionary power in section 58 (except in the case of errors) largely reflects Australia’s long history of majority government. If the executive has a majority in the House of Representatives — as it almost invariably does — it can control the legislative agenda and, in turn, determine the advice that goes to the governor-general.

But could there be circumstances in which the governor-general faces a choice between listening to the government and listening to parliament, and therefore would be forced to exercise section 58 discretion in a substantive way? If so, what criteria might he or she use in choosing between the executive and the legislature?

In 2017, as part of my research on this question, I had the rewarding experience of interviewing both the clerk of the House of Representatives, David Elder, and the clerk of the Senate, Richard Pye. Both men confirmed that when Julia Gillard formed a minority government in 2010 they prepared for the possibility of section 58 being activated. “The text of the Constitution does not necessarily support the idea that the governor-general must act on the advice of his ministry in relation to section 58,” Richard Pye told me. But he said he would be surprised if the governor-general didn’t. “It would seem to me that the governor-general is obliged to seek advice.”

Pye acknowledged that “the practices that we have around assent dictate that we provide advice. And it would be highly unusual, I suspect, for the governor-general not to accept the advice.” But he went on to say that there was an “outside chance” of circumstances where a governor-general might exercise discretion. But, he added, “I just cannot see that happening in practice.”

When I pressed the point that the government might advise the governor-general not to give royal assent to legislation passed despite parliament’s wishes, Elder replied that a situation could arise in which the government loses a vote on the floor of parliament but maintains the confidence of the House.

“It could well have happened in the forty-third parliament” — largely the period of Julia Gillard’s minority — “without the government losing the confidence of the House of Representatives.” The crossbench members who had agreed to support the government in confidence motions might have voted in favour of a particular piece of legislation to which the government was opposed, he pointed out, but then supported a confidence vote initiated by the government.

The Gillard government, which presided over most of the forty-third parliament, had a quite remarkable legislative record, with 95 per cent of its legislation passing through both houses. “What the government did quite early on,” said Pye, “was to begin to do its negotiations before they even introduced the legislation, so that a bill that was going to be introduced in the House was likely to pass the House because they had done their numbers.”

One bill in particular made Pye and Elder look into section 58. When a bill to provide financial assistance to regional students came before the Senate, it was amended to increase the amount of support. As Elder pointed out, the crossbenchers who were supporting the government in the lower house were regional members who might well have had sympathy for the aim of providing more assistance to regional students. They might well have voted in favour of the amended bill, against the government’s wishes, when it came to the lower house.

Losing a vote in the House on this issue would not have been a matter of life and death. Those same crossbench members would no doubt have supported the government on the matter of confidence. But the government would certainly have lost face. In the end, the crossbenchers backed down. With the clerks of two houses expressing different views, however, a grey area had been exposed.

More recently, the Turnbull government’s wafer-thin majority presented several other instances in which a bill opposed by the government might have passed through both houses of parliament. The parliamentary toings and froings over the banking royal commission and marriage equality are two cases in point. When the government initially refused to set up a royal commission into the banks, the Senate — hamstrung by its inability to initiate spending — resorted to passing a bill setting up its own (non-royal) commission instead. The bill languished in the House. But once the citizenship saga had claimed the scalps of the Nationals’ Barnaby Joyce and the Liberals’ John Alexander, a temporary window opened in which the House’s standing orders might have been amended to pass the bill.

The absence of government legislation for marriage equality presented further opportunities for a private member’s bill to succeed. A bill for a plebiscite was defeated in the Senate, but a cross-party group of Liberal, Labor, Greens and independent members was contemplating a private member’s bill in the House. Malcolm Turnbull found himself in a difficult situation. He seized on the idea of a postal survey — to be conducted by the Australian Bureau of Statistics under existing spending parameters —because it didn’t require legislation. The High Court unanimously upheld the plan, seemingly strengthening the executive against the legislature.

In this case, the implications for section 58 also remained untested. But three scenarios suggest how the issue could have played out. If a private member’s bill had succeeded in the House, Turnbull — a supporter of marriage equality — might well have advised the governor-general to grant assent. In the same circumstances, but with Tony Abbott as prime minister, the advice to the governor-general might have been to reject parliament’s legislation. But if a Labor government took office on a promise to legislate marriage equality and had its legislation amended in the Senate to include a postal survey, would the new prime minister advise the governor-general to reject the legislation and send it back for parliament to remove the survey?

Section 58 also has implications for a possible future republic. With that power available to a president, assent could potentially be withheld indefinitely, turning section 58 into a kind of veto power. If Australia becomes a republic with a directly elected head of state, pressure to codify section 58’s reserve power would increase. Presumably, the president would be required to exercise his or her power strictly according to the advice and approval of cabinet. Such a move would tilt the balance of power between the executive and the legislature towards the former.

If Australian parliaments continue to operate with the legislative uncertainty of minority governments, or if there is a revived push for a republican referendum, section 58 of the Constitution, so long slumbering, could wake up with a start. •

Hiroya Sugita is a political scientist specialising in Australian politics who teaches at Kanagawa University.