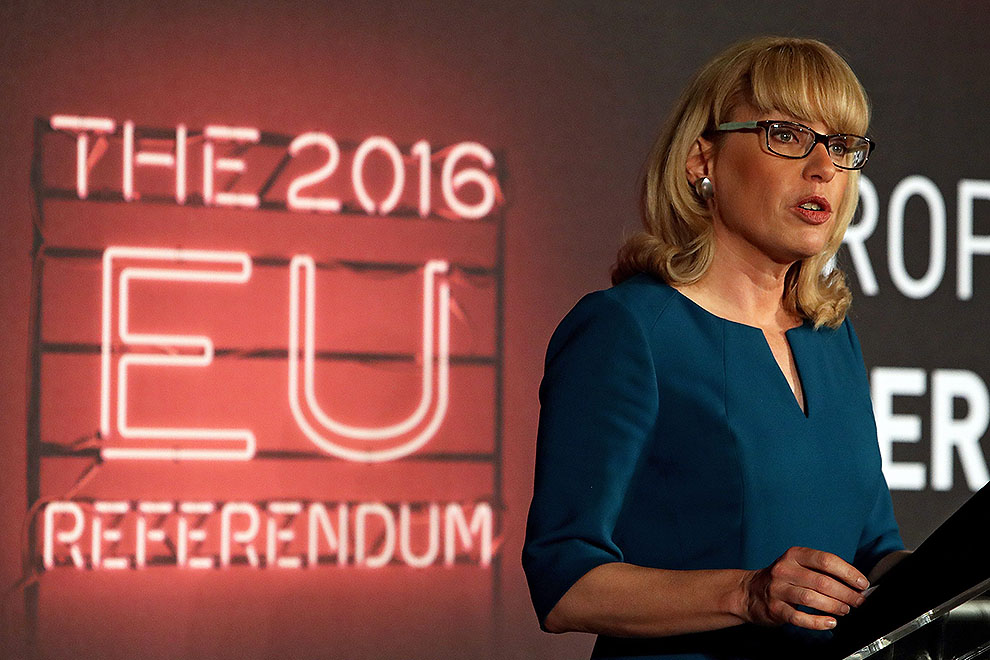 After a long and acrid campaign, the early results in Britain’s referendum were already bringing deep anxiety to those who’d used their ballot paper to agree to the first part of the proposition “Should the United Kingdom remain a member of the European Union or leave the European Union?” Seven hours after polling stations closed at 10pm the trend pointed to a gap between the “Remain” and the “Leave” sides in the order of hundreds of thousands in an electorate of 46.5 million.

The processing of votes differs greatly from how it’s done in routine elections. Instead of 650 constituency-based counts, a single national vote is being collated by 382 local centres feeding into twelve regional ones. The overall result – 51.9 per cent in favour of leaving the EU –was announced on Friday in Manchester’s neo-gothic town hall by Jenny Watson, chair of the Electoral Commission.

For most of the campaign, advocates of “Brexit” (the event generated an arcane vocabulary of its own) had genuine reason for optimism. But the numbers shifted as polling day approached. No exit poll was conducted in this, the third UK-wide referendum, but an average of the four last opinion polls, published on 22 June, put Remain on 50.75 per cent. Then, as voting ended, surveys by YouGov and Ipsos-Mori predicted Remain wins of 52–48 and 54–46 respectively, with due caveats. That boosted the pro-EU camp and the financial markets. But even as the 20,000 voters in Gibraltar, the patriotic redoubt on the tip of southern Spain, went 96 per cent for Remain, signals elsewhere were mixed. When the historical Labour strongholds of Newcastle and Sunderland both went more towards Leave than expected, the mood shifted abruptly. A long night was clearly in prospect.

As results from other post-industrial and working-class areas began to compose a trend, Remain’s anxiety turned to contained alarm. This was compounded by reports of higher than anticipated turnout in districts leaning to Leave, whose supporters are often highly motivated, and lower in more pro-Remain areas such as Scotland and London (where torrential rainfall during the day was a deterrent). Scotland’s 65.8 per cent turnout, admittedly after only half the centres have declared, compares with 84.6 per cent in its independence referendum in 2014, while in England the rate is averaging 72.4 per cent. That the English, four-fifths of the UK population, are using the occasion to voice their own national discontent – with 54.2 per cent of them so far voting Leave – is a plausible initial conclusion. But if they are joined by the notionally pro-European Welsh, as seems certain, the insurgency looks much broader.

Many Londoners who did vote weighed heavily in the Remain camp – Hammersmith and Wandsworth by over 70 per cent, for example, though not Newham in the city’s poorer east, the multicultural neighbourhood of the 2012 Olympics. Once more, it’s evident that the London city-state is, in effect, a fifth component “nation” of the United Kingdom. At the same time, the UK’s broader disunities – of class, education and life-chances as much as region and nation – are more than ever exposed.

Four hours in, the airwaves were thick with Remain supporters flirting with impending defeat. (“I’ve always thought it’s going to be close...”) The campaign had always kept alive the possibility of such a verdict – and the fact that it would be convulsive for almost every political actor and institution in Britain, starting with David Cameron and his Conservative government, and many abroad, from Brussels to Washington and points beyond. A plunge in the value of sterling and paralysis in investment decisions (already evident in the run-up to the vote) may be only the prelude to a very hard economic landing.

Most immediately, a popular vote for Brexit would be even more a rejection of David Cameron’s leadership than the 2015 election was a qualified endorsement of it, instantly rendering him a stand-in figure until a path to the Tory succession is cleared. That prognosis was confirmed just before 8.30 am, when the prime minister announced his resignation in a lengthy statement outside 10 Downing Street. His decision will take effect by the start of the Conservative Party conference on 2 October.

Yet Labour voters’ snub to “their own” party (if it is any longer) is also profound. And by thumbing their noses at the European Union – plus the IMF, the OECD, the World Bank and a host of friendly governments – the British as a whole have turned their own world upside down.

A long voting day already seems distant. It had unfolded against the rare sound of political silence, as broadcasters observed the section in the official code mandating that “discussion and analysis of election and referendum issues must finish when the poll opens.” After months of incessant combat, the absence of slogans, vox pops and poll stats has contributed to the aura, both familiar and sacred, that still envelops a national election.

The contrast with the campaign’s frenzied last days was tangible. Even the three-day suspension caused by the murder of the Labour MP Jo Cox did little to moderate its boisterous tone, most evident in the BBC’s gladiatorial event on Tuesday at the cavernous Wembley arena in north London, where 6000 partisans greeted every stentorian banality from their side with demented clapping. Another unedifying shouting match – or “great debate” in BBC billing – was marked by the assurance of Scottish Conservative leader Ruth Davidson and London’s new mayor Sadiq Khan, both taking the fight to the Leave camp’s Boris Johnson.

Remain’s advantage in official, academic, Nobel and celebrity endorsements (the latter including J.K. Rowling, Hilary Mantel and David Beckham) was countered by Leave’s heavy press backing. Front-page headlines on the big day epitomised weeks of bugle calls: the Sun’s “Independence Day” (“...from the crushing might of the Brussels machine”), the Telegraph’s “The Time Has Come,” the Express’s “Vote Leave Today” (“At stake is nothing short of the survival of Britain”) and the relentless Mail’s “Nailed: Four Big EU Lies.” The Guardian, the Mirror, the Times and the Financial Times, all editorially pro-Remain, were less strident (in part typifying the dilemma of a status quo stance). The papers may reinforce opinion as much as shape it, and they hardly touch young voters, but their social visibility exerts continued influence.

This was reflected in the Brexiteers’ own shift over the campaign towards punchier messaging (“take back control” and, on the Trumpite wing represented by Nigel Farage, “we want our country back”). The deep imaginative well that links England to freedom and the continent to authoritarianism (or merely foreignness) provided endless draughts. Subliminal or more overt focus on immigration, and especially the failure of David Cameron’s government to limit the number of migrants as it had promised, became the insistent drumbeat of the Leave case – even from the liberals and globalisers (or so it had seemed) Boris Johnson and Michael Gove.

Such intellectual tensions were barely explored in the daily coverage, which was propelled by the cycle of staged events, speeches, dramas and accusations. Here, broadcasters’ obligations to neutrality handed Leave a precious gift by awarding it equal status, in effect an official “opposition” to Remain’s “government.” That hugely favourable dynamic was seized with relish, as Johnson, Gove et al. increasingly talked, acted and made promises as if they were a government-in-waiting. Now, a mixture of nous, luck and bottomless popular disillusion is propelling them, perhaps not instantly but soon, towards forming the real thing.

Against grim economic warnings from domestic and overseas establishments, the arguments for Brexit – based on national sovereignty and distinctiveness, Europe’s centralism and sclerosis, and, perhaps above all, immigration – have won support from well over half of voters. The implications of a momentous decision, arguably more so than any in British history since 1945, will take months, perhaps years, to unfold. Exciting or scary as it may be or prove, an old country has chosen to enter a new world. • 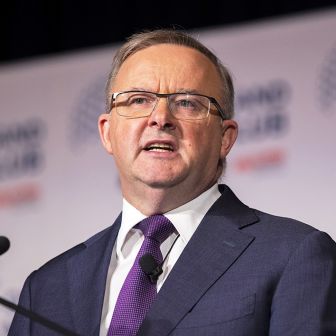 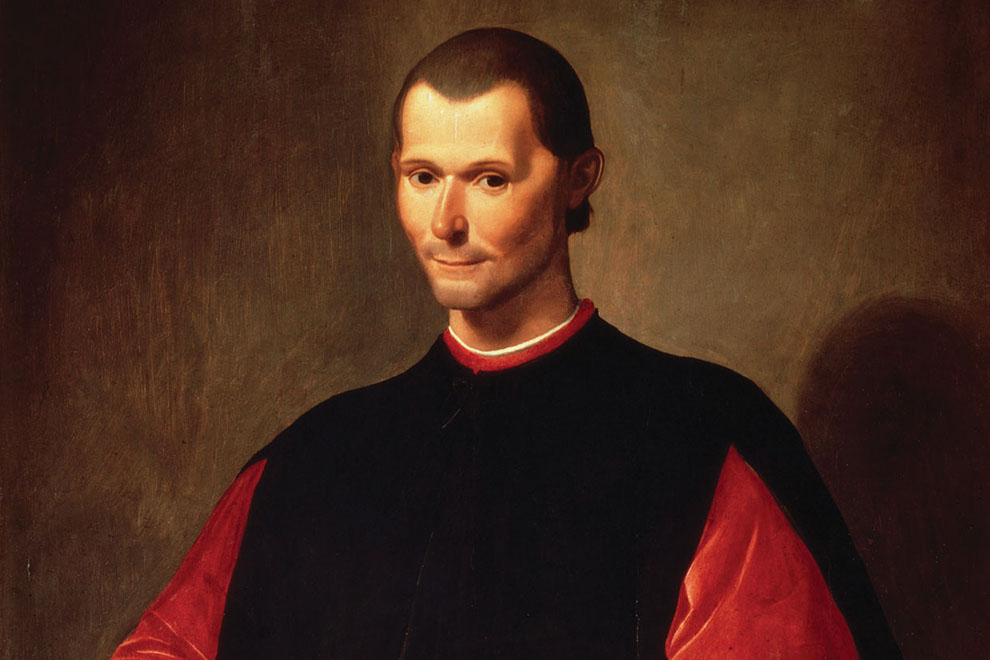