The hits and misses of the Coalition’s stimulus package 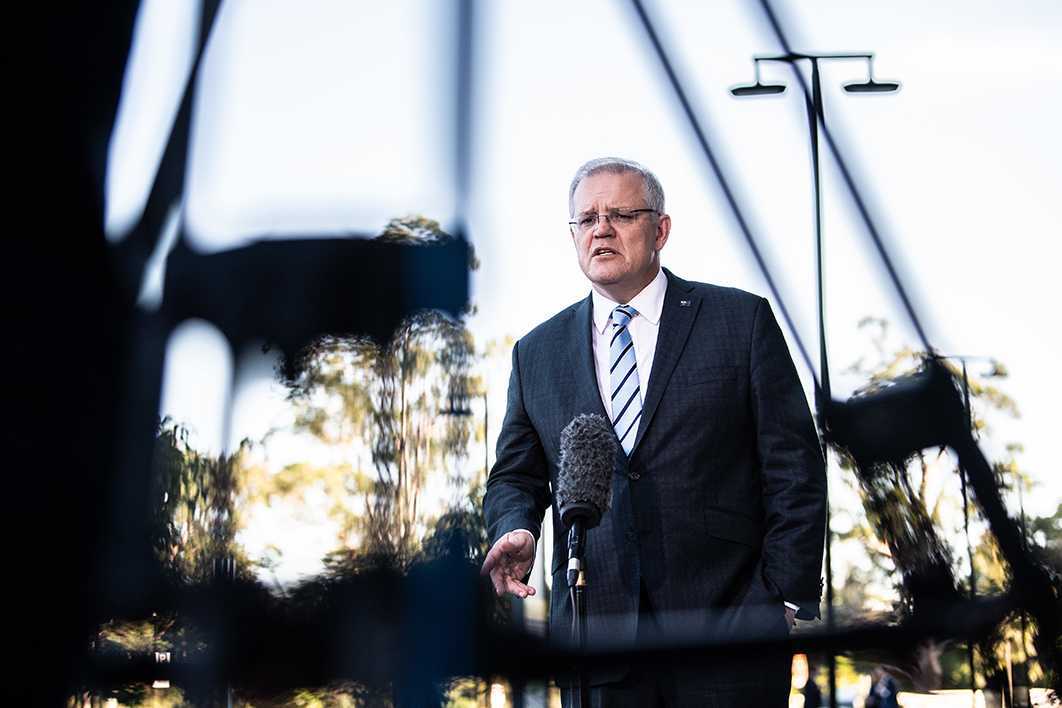 Undershooting could be costly: prime minister Scott Morrison speaks to the media ahead of today’s Council of Australian Governments meeting in Sydney. James Gourley/AAP Image

A little over a decade ago, G20 countries launched the largest coordinated fiscal stimulus in history. Many lessons were learned about what works and what doesn’t work when it comes to reviving sick economies. To glean the economic and political lessons from this period, I modelled the impact of the stimulus and interviewed more than sixty of the people who made the decisions: the leaders, finance ministers, central bankers and senior officials from all G20 countries, including people like Kevin Rudd, Janet Yellen, Ben Bernanke, Wayne Swan, Jack Lew and Mark Carney.

Applying the lessons of the global financial crisis to the coronavirus stimulus package announced by the government this week reveals that we have learned a lot from the past, but we’ve also forgotten a few things.

The first lesson is to diagnose the shock properly. Putting cash in consumers’ pockets works well when the demand for goods and services is flagging. But if the problem is a supply shock — if businesses can’t produce enough because they lack workers or access to their supply chains — then boosting demand ranges from pointless (more customers are of little value if you can’t sell them anything) to counterproductive (the increased demand for a limited supply of goods can force up prices).

The coronavirus is both a demand shock and a supply shock. Consumers are abandoning airlines, shops, restaurants and travel agents at an alarming speed (a demand shock) while many businesses are struggling to source their supplies or to get their workers to come to work (a supply shock).

The government’s $17.6 billion stimulus package should therefore target both households and businesses, which it does. The problem is that most of the package (72 per cent) targets businesses while only a fraction (28 per cent) targets households. This is a gamble. The government is punting on the fact that the virus is much more of a supply shock than a demand shock. Although we don’t yet know the exact nature of this shock, confidence effects and tightening financial conditions in many countries suggest that a lack of demand might now be the dominant force. A more balanced stimulus package would have been prudent.

The second lesson is to target stimulus at the right households and the right businesses. People on lower incomes already struggle to meet basic needs, and are therefore more likely to spend additional money than save it. Stimulus packages that benefit the rich are much less effective than those that target the poor. The government has got this right by targeting income supports at pensioners, social security, veteran and other income support recipients, although the duration of these benefits, discussed below, could be improved.

The same is true for businesses. Qantas, for example, is seeing a big drop in customers. But in recent years, with interest rates and bond yields at historic lows, businesses like Qantas have used their profitability to buy back shares and make record dividend payouts. They have the resources and the borrowing capacity to ride out the shock and are more likely to use government money to buy back shares rather than invest and create jobs.

Business stimulus is best targeted at smaller businesses, which are more likely to suffer cashflow challenges and less able to obtain credit during a shock. The government’s package does well by targeting small and medium businesses. But money will not be enough. The government must focus on keeping supply chains open, particularly through international trade, and ensuring transport and logistical firms keep operating, given their systemic importance across the economy. The slowing in global trade is of huge concern to Australia.

The third lesson is that stimulus needs to be fast. Infrastructure investment can tick both boxes: it boosts demand in the short run when it is being built and boosts supply in the long run through higher productivity. But the time it takes to plan, prepare and build infrastructure makes it a poor candidate for the kind of stimulus we need right now. Some tax measures can suffer the same problem if households and businesses don’t see any benefit for many months and their anticipation effects are small. The government’s significant preference for tax measures over spending measures in the stimulus package could therefore be a problem.

The fourth lesson is that stimulus needs to happen over the right duration. Making some stimulus measures permanent can mean that households and businesses feel no pressure to act immediately, thus defeating their purpose. For this reason, it makes sense for the government’s tax measures to be temporary. But there is no reason to make increases in social security temporary: many of these payments are in dire need of an increase — particularly Newstart, which has remained unchanged for two decades while the age pension has doubled. Given we don’t know how long the recovery will take, now is the time to tackle this long-term challenge.

The sixth lesson is not to fret about budget deficits. The bulk of the government’s revenue comes from personal income and corporate taxes, which fall when economic activity declines. Trying to protect the budget by short-changing fiscal stimulus can be false economy: insufficient stimulus sees a bigger economic downturn and a bigger economic downturn causes a budget deficit anyway by reducing government revenues. Record low interest rates and government bond yields make it an ideal time to increase spending.

Finally, perhaps the biggest lesson from the global financial crisis is that fiscal stimulus should be coordinated across countries. A country’s stimulus can have twice the impact on gross domestic product if it is coordinated with other G20 countries. Why? Some of the increased consumer spending that comes from stimulus is spent on imports from other countries, meaning countries benefit from each other’s stimulus; and increased government spending can lift the value of the local currency at an inopportune time, an effect that is neutralised when countries act together (although with ultra-low interest rates the exchange rate effect is much smaller). Most importantly, my interviews with policymakers showed that countries will launch larger stimulus packages if they are part of a globally agreed effort. At their meeting this weekend G20 officials should prioritise coordinating stimulus and keeping trade and investment flows open.

The government has its work cut out for it. The fact that this is a supply shock as well as a demand shock puts us in uncharted waters compared with 2008. Our historically low interest rates mean that — leaving aside quantitative easing — fiscal policy will have to do more of the heavy lifting. The government’s stimulus package gets many things right, but there is room for improvement. When it comes to fiscal stimulus, the cost of overshooting is far lower than the cost of undershooting. •

In defence of Europe

As the European Commission swings behind Greece, signs of an alternative Europe are emerging

“The suffering is palpable”: by the end of 2019 the Moria refugee camp on the island of Lesvos, built for 3100 people, was home to more than 20,000. Armin Durgut/Pixsell/AAP Image 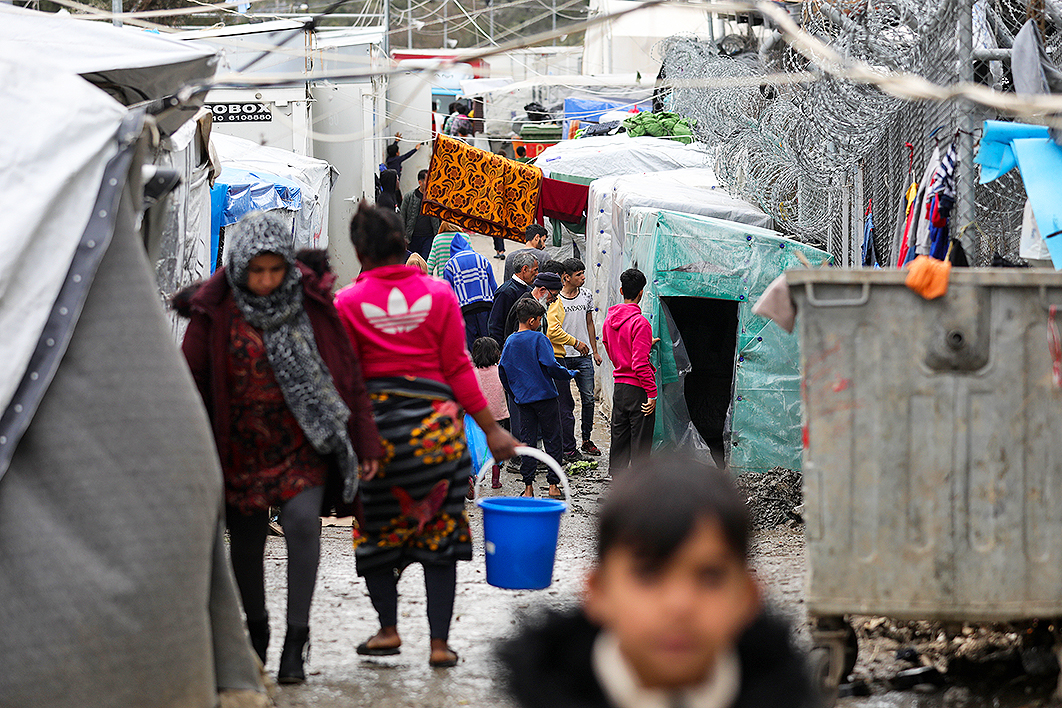 “The suffering is palpable”: by the end of 2019 the Moria refugee camp on the island of Lesvos, built for 3100 people, was home to more than 20,000. Armin Durgut/Pixsell/AAP Image