The intelligence chief with the PM’s ear

Is Labor right to be worried by Scott Morrison’s choice to head the Office of National Intelligence?

Andrew Shearer, then with the Center for Strategic and International Studies in Washington, at an Australian Financial Review business summit in March 2018. Louie Douvis/AFR 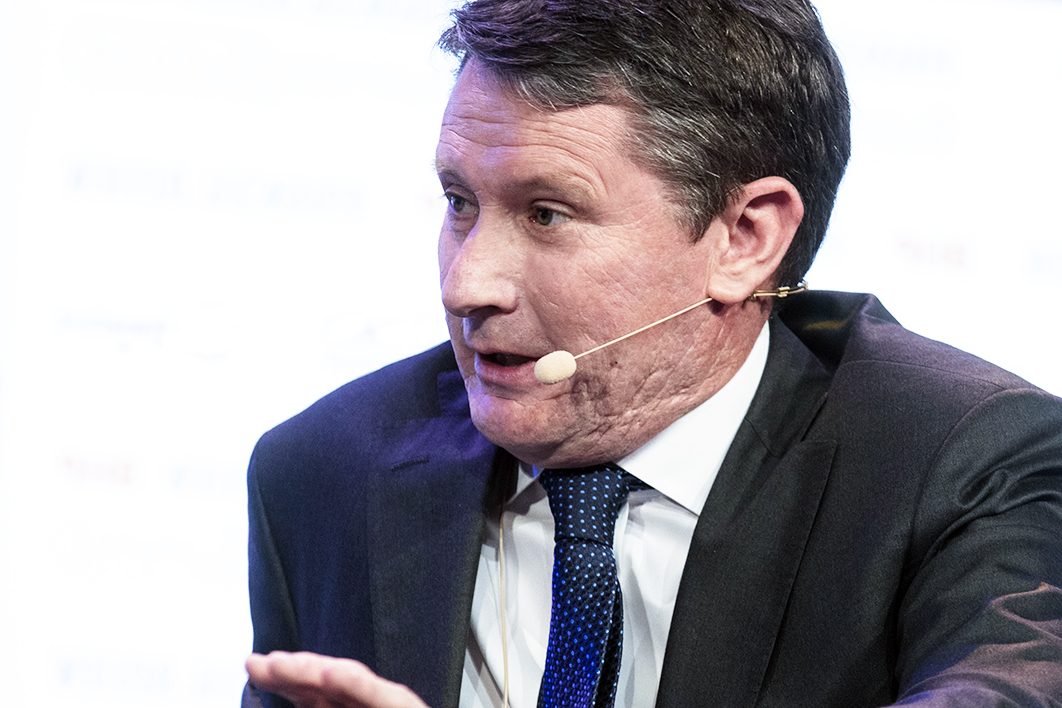 Andrew Shearer, then with the Center for Strategic and International Studies in Washington, at an Australian Financial Review business summit in March 2018. Louie Douvis/AFR

None of Canberra’s growing number of intelligence agency chiefs has more regular access to the prime minister of the day than the director-general of the Office of National Intelligence.

Upgraded from the smaller Office of National Assessments in 2018, the ONI was given an enhanced coordination role after an intelligence review by former foreign affairs department head Michael L’Estrange and former Signals Directorate chief Stephen Merchant. Where the heads of the other agencies report to their ministers (though ASIO’s director-general does traditionally have a direct line to the prime minister on urgent matters), the ONI chief’s daily contact with the PM provides an unusual degree of influence over crucial matters of state.

So should we be alarmed that the newest occupant has been described by the federal opposition as too “partisan”? This is what happened last Friday when Scott Morrison’s office named Andrew Shearer, currently cabinet secretary, as the ONI’s new director-general, replacing veteran diplomat and intelligence official Nick Warner, who is retiring at seventy. Shearer’s five-year term will begin next month.

“Labor has indicated to the prime minister that it does not have confidence in his choice to head the Office of National Intelligence,” an unnamed Labor staffer told journalists, describing Shearer as a “partisan operative.” “He is not an appropriate choice and Mr Morrison should reconsider in the national interest,” she went on. “This position requires public confidence in independent, contested and apolitical assessments of our security.” Beyond that statement, the office of Labor’s shadow foreign affairs minister Penny Wong says it has no further comment.

While no one doubts Shearer’s abilities, he has certainly cleaved to one side of politics — and one side of that side — in his rapid climb up the Canberra national security pyramid, much more so than his predecessors at the ONA, including Warner, Peter Varghese, Allan Gyngell and Richard Maude, each of whom also had earlier stints on a prime minister’s staff. “There is no doubt that Andrew is a more political appointment, a person who has a deeper background in politics than any of his predecessors,” says a former senior foreign policy official who asked not to be named.

An honours graduate in arts and law from Melbourne University, Shearer’s public service career accelerated after he was transferred from Immigration to the Department of Foreign Affairs and Trade in the wake of the Tampa incident in August 2001, after DFAT decided it need more expertise in migration and refugee matters. “He displayed enormous ambition as soon as he arrived,” one former colleague recalls.

Then followed a rapid shuttle around DFAT, the ONA and the office of Coalition defence minister Robert Hill. A Chevening Scholarship from the British foreign office (an anointment later given to Alexander Downer’s daughter Georgina) funded a master degree at Cambridge, and was followed by a posting as minister-counsellor to Australia’s embassy in Washington. There he gained a key mentor, ambassador Michael Thawley, a notably hardline defender of the US alliance.

On returning to Canberra, Shearer joined prime minister John Howard’s staff as an adviser. When Labor took power, he moved to the Lowy Institute, helping add conservative political balance, and then to the Coalition-held Victorian state government as a deputy secretary in charge of further international relations. Rather ironically, in view of current depictions of Daniel Andrews as a Beijing captive, Shearer was behind the opening of representative offices in China.

Tony Abbott’s victory in 2013 brought him back to Canberra as a national security adviser in the prime minister’s office, where Abbott had already appointed Thawley as secretary of his department. Shearer joined Abbott in cultivating Australia’s relationship with Japan, including trying to persuade the navy to buy its new submarines from there. He is thought to be the author of Abbott’s extraordinary speech welcoming the return to office of retro-nationalist prime minister Shinzo Abe, in which the naval funeral given to the Japanese submariners killed in the 1942 raid on Sydney Harbour was cited as an example of the “chivalry” underlying wartime hostility.

In opposing his appointment, Labor has blamed Shearer for inspiring some of Abbott’s more quixotic proposals — which included sending an Australian army battalion to secure the site of the downed Malaysian airliner in the Ukraine, despatching an army brigade to Syria against Islamic State, and sending the SAS to Nigeria to rescue the schoolgirls kidnapped by Boko Haram — though it’s more likely he helped talk Abbott out of these forays.

Abbott lasted two years, and Shearer was out again in Malcolm Turnbull’s clean sweep of staff. He waited things out as a senior adviser on Asia-Pacific security at Washington’s Center for Strategic and International Studies, a well-heeled think tank that exchanges personnel with the Pentagon and US foreign policy and security agencies.

From there, Shearer frequently urged the United States, Japan, Australia and India to firm up their strategic ties in the long-mooted “Quadrilateral” arrangement. His articles were published here by the Lowy Institute and the conservative Institute of Public Affairs, of which he has been a fellow for many years.

After it was Turnbull’s turn to be ousted by his colleagues, Shearer returned to Canberra, first as deputy director in the ONI, then as cabinet secretary under Scott Morrison, and now as ONI chief, just as Canberra gets to grip with the result of the US presidential election.

In many ways Shearer’s beliefs are an open book. He remains a strong supporter of tightening the US alliance. He wants to expand the trilateral strategic partnership with Japan. And he would like to draw India more closely into the “Quad,” having castigated Labor for holding back so long over India’s nuclear program and worrying about perceptions Australia was trying to “contain” China. Foreign policy experts tend to agree he is a straight-up-and-down hawkish conservative. (ONI did not respond to a request for an interview with him.)

In his writings from Washington, Shearer tried to put the best light on Donald Trump’s offhand dealings with allies and erratic closeness to strategic opponents. But he is unlikely to be fazed by Biden’s win. Before the election, some seventy former Republican-aligned US security officials, including Shearer’s Center for Strategic and International Studies colleague Michael Green, signed an open letter supporting Biden over Trump.

A Democrat administration would pick up the thread of the post-1945 security order in Asia as best it can in the face of rising Chinese power, but without Trump’s gratuitous insults. When Japan looked like breaking out of this order with the election of Yukio Hatoyama’s “Asia for the Asians” government in 2009, secretary of state Hillary Clinton left it to the Pentagon to freeze him back into line. Nor did Australia under prime ministers Kevin Rudd and Julia Gillard give Hatoyama any encouragement. Gillard eagerly signed the deal with Barack Obama for US marines to be “rotated” every year through Darwin.

In the back of everyone’s minds is the controversy that erupted after it was revealed that the justification for the 2003 invasion of Iraq — Saddam Hussein’s alleged possession of weapons of mass destruction — was unfounded. Critics alleged that the ONA had joined its US and British counterparts in either fabricating or “sexing up” evidence of the weapons. In his official inquiry report, Philip Flood, a former head of the ONA and DFAT, cleared Howard of having put “direct or implied pressure [on intelligence agencies] to come to a particular judgment on Iraq for policy reasons, or to bolster the case for war.” But he did conclude that ONA had got it wrong, if not as badly as the US and British agencies.

As Labor says, the ONI’s advice to the government is supposed to be strictly analytical. Under its charter act, the organisation must stand clear of policy and politics, and the director-general can’t be told by the prime minister or anyone else what to write and report.

“The person who is in charge there, to do his job, needs to be completely independent of the policy process, to have no policy preconceptions,” says the former foreign policy official. “That’s the analytical side of ONI, to ensure that always within the government there is a voice looking at the evidence objectively and telling truth to power.”

This was the intention of Justice Robert Hope, who led the royal commission on intelligence and security that recommended the formation of the ONA in 1977. “There were examples of governments which tended to see the world in terms of the prescriptions they had written,” the former official says.

Some other Canberra insiders think the noble, disinterested role has already been vitiated, and the heads of the intelligence agencies are now “players” in setting policy. “The intelligence jobs have become more central and powerful in recent years,” concedes the former official.

But Shearer’s short period as an ONI deputy director didn’t lead to complaints that he was exceeding his brief, the former official added. Nevertheless, the question, and the one that worries Labor, is whether, in his daily briefings of a prime minister not so experienced in world affairs, he can resist steering in certain directions. • 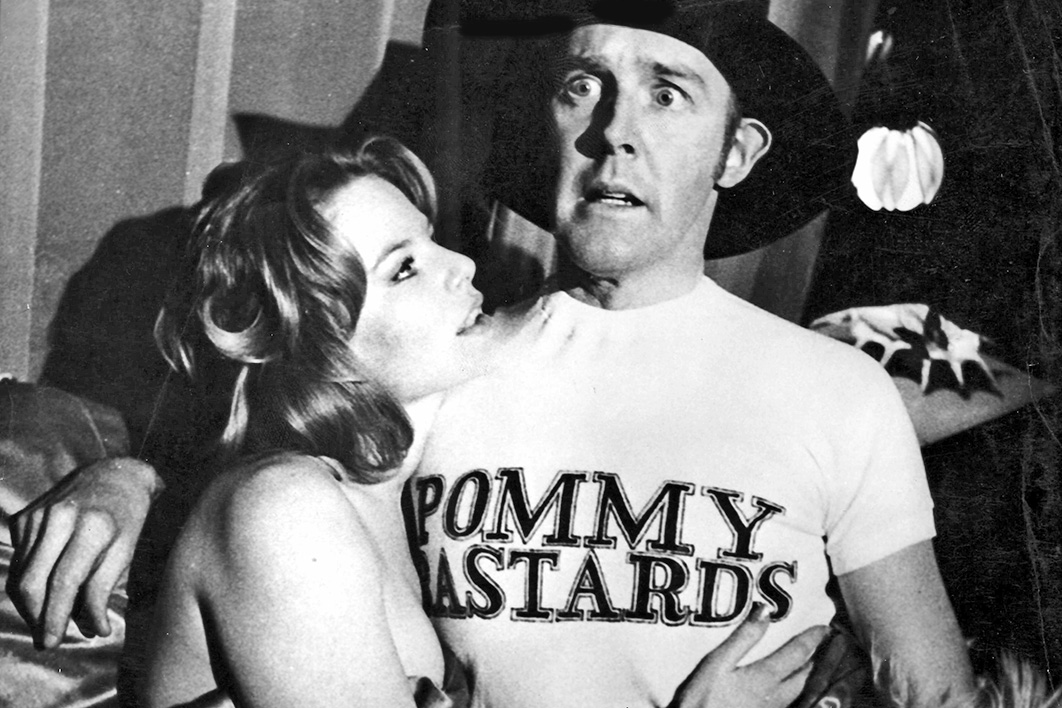