The man who would be president 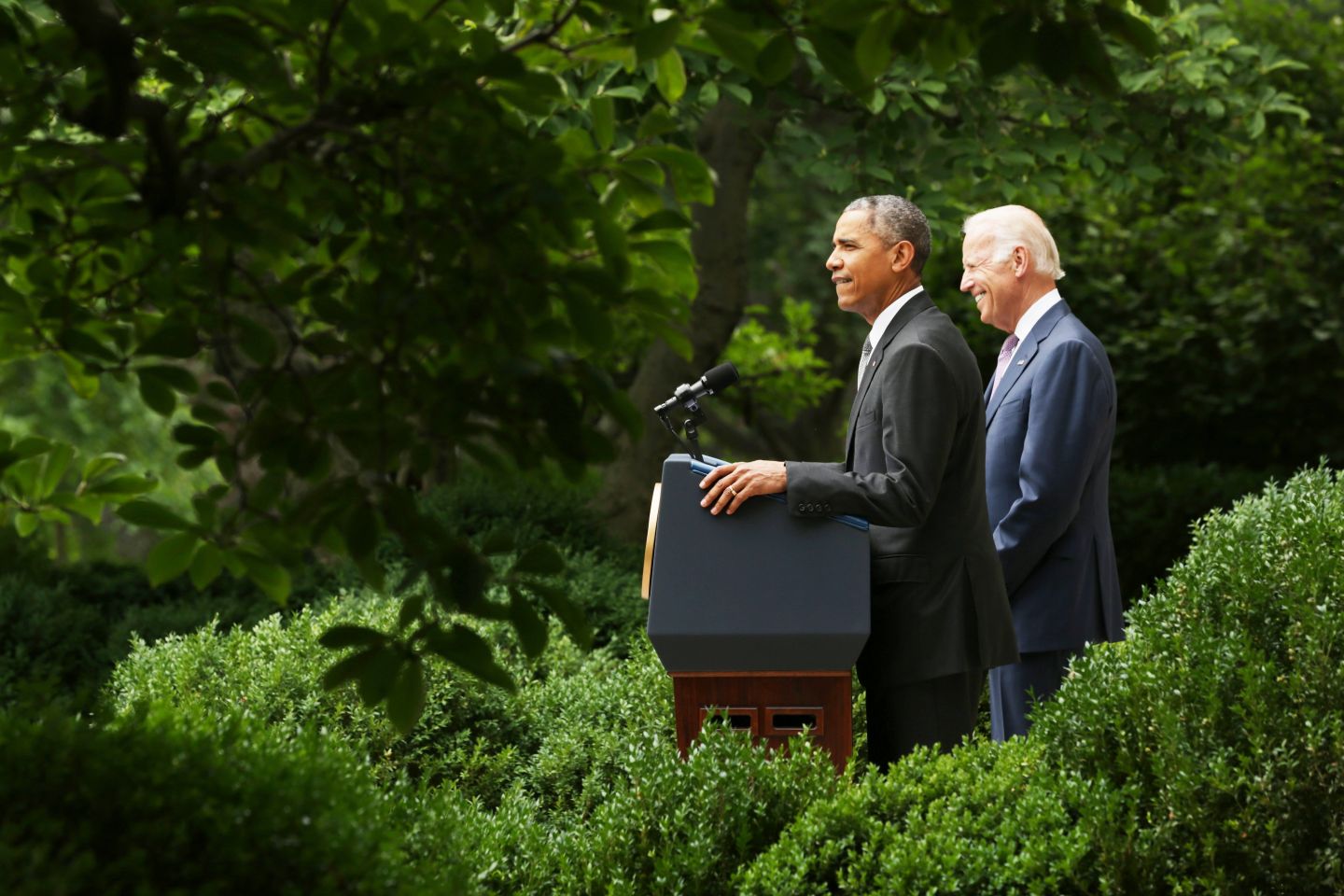 In mid 2014, eighteen months before Bernie Sanders launched his first bid for the American presidency and long before Elizabeth Warren launched hers, Joe Biden was wondering out loud whether the Democratic Party’s enthusiasm for wealthy people was such a good thing. The idea that the rich needed to get richer in order to generate more national wealth — and that everyone would ultimately benefit — had taken hold during the early Clinton years, he told the New Yorker’s Evan Osnos. It wasn’t working, and the middle class was getting clobbered.

“It seemed like boilerplate, and I didn’t write about it at the time,” says Osnos in Joe Biden: American Dreamer. “That was a mistake.” Looking back now, he can see that Biden, who was considering a run for the presidency in 2016, was developing an economic pitch somewhere to the left of Hillary Clinton, the most formidable of his likely opponents. “The more Biden talked about a possible campaign, the more animated he got about the prospect of running as an economic populist,” he writes:

He stood up from the couch and rooted around his desk for something. He had recently dug up his 2008 convention speech and was struck by how many issues remain unresolved. He located it in the piles on his desk, and standing in the middle of the office, he leafed through the pages. “There is a line in it that I use, that I say, ‘I’m running for cops, firemen, nurses, teachers, and assembly-line workers.’” He said people ask him, “‘Biden, why do you keep talking about income inequity and all of that?’ I go back and look at my speech: it’s why the hell I was running!” He stared at me, smiling broadly, still standing. “We’re not talking enough about income inequality,” he said. “We’re not talking enough about how in God’s name could you talk about a $5.7 trillion additional tax cut, for Christ’s sake. How can we continue to say a 20 per cent tax on carried interest is fair? Why the hell aren’t we talking about earned income versus unearned income?”

Osnos’s caution about reporting those words might have something to do with the fact that Biden was renowned for the sheer volume of his public utterances. (“His words inhabit a no-man’s land between quality and quantity,” Osnos remarks at one point.) Even in July this year, when he interviewed the former vice-president on the four-acre Biden property overlooking a small lake in the suburbs of Wilmington, Delaware, there was a boyish unguardedness about him, as well as an uncommon vitality. Not all of the visuals were natural — “His hairline has been reforested, and his forehead appears becalmed” — but he managed to project the “glow of a grandfather just back from the gym.”

But perhaps the main reason Osnos discounted Biden’s words is that during four and half decades in public life he had acquired a reputation for trimming his opinions to the prevailing winds. Dating back to his earliest days as a senator, he’d shown a willingness to meet conservatives at least halfway in quest of a deal, and that had led him, among other things, to oppose desegregationist school busing, to back Bill Clinton’s draconian crime bill in 1994 and to vote for George W. Bush’s invasion of Iraq.

By mid 2019, five years after talking to Osnos about wealth and inequality, Biden was back to assuring donors that “nothing would fundamentally change” if he became president. A year later, though, during the presidential primaries, he declared that America was due for “some revolutionary institutional changes.” Since then he’s stuck to the latter view, with unexpectedly radical policies in areas like healthcare (short of Medicare for All, but a big deal in the US context) and climate change, and in his explicit positioning of himself as a bridge not just to the next generation of Democratic Party leaders but also to a Black female presidency after 2024.

Running through Osnos’s vivid account of the candidate’s career is a sense of Biden’s seemingly indomitable drive, and the torrent of words that has accompanied it. It’s not so much that he seems incapable of reflecting on his shifts in position — he has talked about his greatest regrets, including his support for Clinton’s disastrous repeal of the Glass-Steagall Act, which laid the groundwork for the global financial crisis — it’s more that he happens fortuitously to have moved roughly in tune with shifts in mainstream sentiment, which sees the American Dream as having been severely compromised. African Americans might be troubled by his support for the crime bill, says the former president of the National Association for the Advancement of Colored People, Cornell William Brooks, but they “measure him as a historical whole, and by the stature of his sincerity.”

Osnos shows how Biden’s forward momentum has been fuelled by a series of immense personal challenges: his childhood stammer; the deaths of his young wife, their baby daughter and, much later, his eldest son; the near-fatal cranial aneurysm he experienced after abandoning his first bid for the presidency; his surviving son’s drug and alcohol addictions. It’s little wonder that he seems to keep running simply to stay still.

But his longwindedness and shifting positions can lead people to underestimate him. When Barack Obama first heard Biden speaking at length during a Senate committee hearing in 2005, writes Osnos, the future president “passed an aide a three-word note: ‘Shoot. Me. Now.’” Not a propitious start to a relationship, you might think, yet a decade later Obama was telling aides and audiences that “naming Biden vice-president was the best political decision he had made”:

“I think Biden gets a lot of lessons from Obama’s discipline, and that’s instructive at times, even though it annoys him,” a former Biden aide said. “And I think Obama learns from Joe’s warmth. When they’re in a meeting together, the foreigners will tilt toward Biden more than Obama.” The aide added, “Each one feels like he is the mentor.” When Biden entered the job, he had told [Obama strategist] David Axelrod he still thought “I’d be the best president.” But, after a year of observing Obama, Biden told Axelrod that he had been mistaken: “The right guy won, and I’m just really proud to be associated with him.”

Now, thirty-two years after his first bid, it looks like being the other guy’s turn. We’ll soon find out how the skills revealed in the book’s chapters on Biden’s years as vice-president — as he sat in on an enormous range of presidential meetings and expanded his seemingly endless roster of international contacts while remaining wary, like Obama, of the kinds of military intervention favoured by earlier presidents — translate into the top job. If anything seems certain, it’s that Kamala Harris will play a key role over the next four years, just as Biden did between 2008 and 2016.

“Joe Biden’s life was replete with mistakes and regrets and staggering personal loss,” concludes Osnos. “And, if he came to the presidency, he was unlikely to supply much of the exalted rhetoric that reaches into a nation’s soul. But, for a people in mourning, he might offer something like solace, a language of healing.” The language may be distinctively American, but the words reflect a hope held by the millions around the world watching tomorrow’s count. •

The race that stops a planet

Our guide to the big three election-day questions 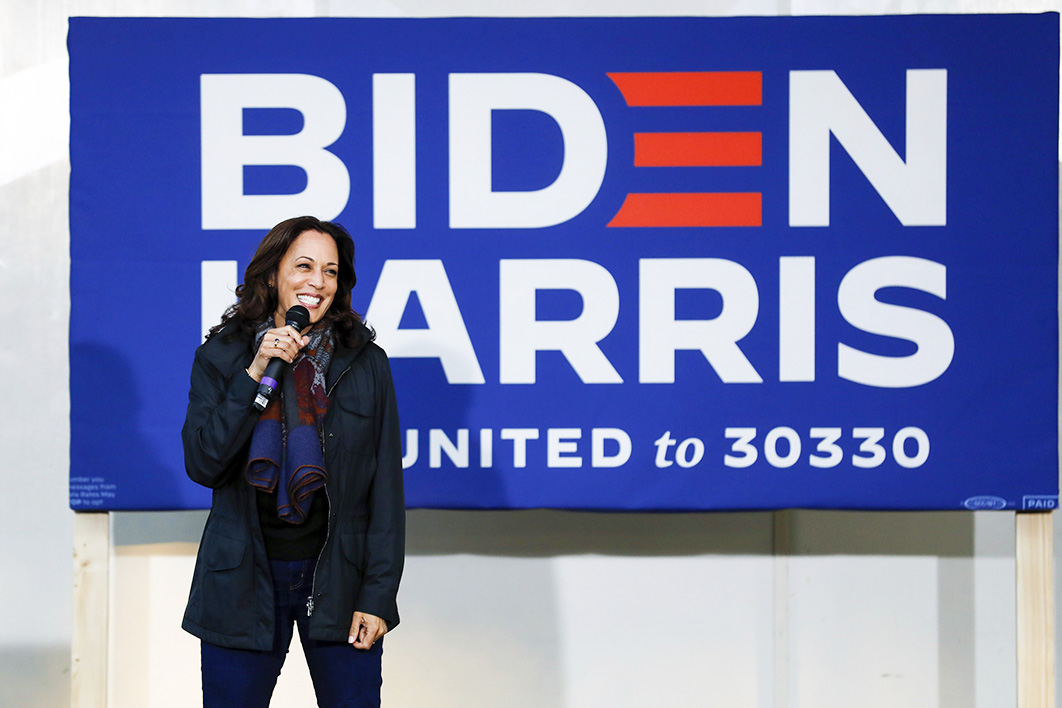