Viewed warmly on both sides of politics and in the media, the finance minister is playing a vital role for the government 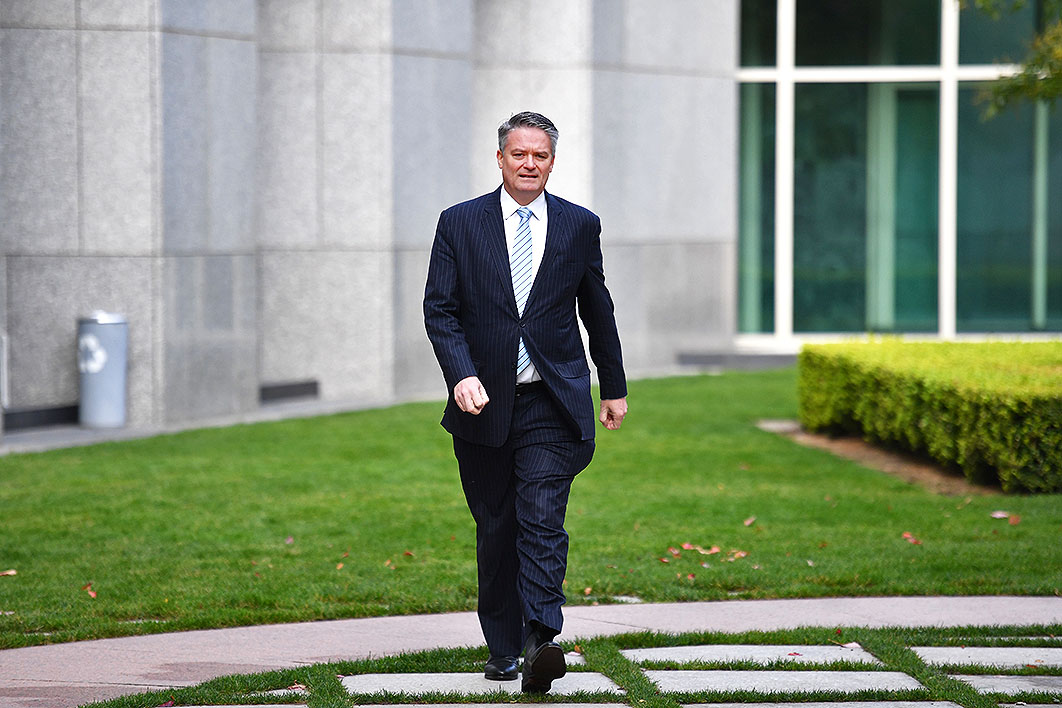 “Mathias is different”: finance minister Mathias Cormann arriving at a media conference at the Parliament House in late May. Mick Tsikas/AAP Image

Mathias Cormann has an unchallenged reputation as the Mr Dependable of the Turnbull government. But even so, his shepherding of the income tax cuts legislation through a fractious and erratic Senate was nothing short of remarkable.

A senior government role as finance minister and a crucial parliamentary role as government leader in the Senate make Cormann one of the most powerful figures in the country. In some ways, he is the ultimate insider, yet he comes from a background that has made him something of a permanent outsider.

Born in the German-speaking minority region of eastern Belgium, he didn’t start speaking English until his early twenties, having earlier mastered French and Flemish. After a visit to Perth in 1994, he migrated to Australia permanently, only to find that his Belgian law degree wasn’t recognised here. He initially took a job as a gardener at the Presbyterian Ladies College and then — having been active in the Christian Social Party back in Belgium, both as a municipal council member and as an assistant to a member of the European Parliament, Mathieu Grosch — he found his way into the WA Liberal Party.

He quickly made an impression. He was hired as a senior adviser by then premier Richard Court and later joined the staff of federal justice minister Chris Ellison. But he might well have remained in the political backroom: his bid to enter the Senate in 2007 met resistance, with one incumbent senator referring to him as “an inappropriate person” for a job that needed someone who has “served the party longer” and “been in the country longer.” Just a few months later, the party chose him to fill a casual vacancy created by the resignation of former federal minister Ian Campbell.

From a frontbench job in opposition he was appointed finance minister when Tony Abbott became prime minister in 2013, leapfrogging former shadow finance minister and one-time Liberal Party national director Andrew Robb and Robb’s presumptive successor, the well-connected Arthur Sinodinos, one time chief of staff to prime minister John Howard. The fact that Cormann continued in that post after Malcolm Turnbull ousted Abbott in 2015 says much about his abilities and his networking: he had not only been an Abbott loyalist but he was also one of the frontbenchers who had resigned in 2009 in protest at Turnbull’s climate change policy, triggering the challenge that ended the current PM’s first term as party leader.

The Turnbull government is not overly endowed with talent, and its most visible figures tend to be hard men like Peter Dutton and Scott Morrison. Yet in the rarefied atmosphere of the Senate, where the government lacks a majority and every piece of legislation requires delicate and complex negotiations with a variegated crossbench, the senator with the accent mimicked so cleverly by actor Stephen Hall on Shaun Micallef’s Mad as Hell has slowly and surely made a name for himself.

Speaking of that accent, Cormann himself told an interviewer on SBS in 2014 that people found him hard to place when he first arrived in Perth.

“I think people were quite confused about where I was from because my accent, apparently, is somewhat different,” he said. “It’s not quite German, even though German is the language I grew up speaking, it’s quite mixed because I’m from Belgium. I went to school in French and university in Dutch… Some people seem to think that I’m a South African because there’s lots of South Africans in Perth, and others totally disagree.”

The former treasurer in the Abbott government, Joe Hockey, now ambassador to Washington, worked closely with Cormann on the disastrous 2014 federal budget, and found him a tough, perceptive ally, and a safe pair of hands. “He’s incredibly good at getting across the detail of his brief,” Hockey told Fairfax Media. “But he also knows what the policy motives are. I regard him as my wingman in a brutal dogfight.”

In rare lapse of judgement just before that budget was delivered, Hockey and Cormann were pictured puffing on cigars and looking thoroughly pleased with themselves after ripping millions of dollars out of health, education and welfare, not to mention breaking many election promises. It was, to put it mildly, not a good look. And not even the silky negotiating skills of Cormann could get that budget package through the Senate unscathed.

Unusually for a senior politician, Cormann is widely liked and respected by those with whom he shares little political affinity. While he has engaged in heated debate with his opposite number, Labor’s Penny Wong, she has publicly acknowledged Cormann’s decency. As has been pointed out, they share something fundamental: the knowledge of immigrants about what it means to be an outsider working hard to make it all the way to the inside of Australian politics.

In 2015, Wong told the Sydney Morning Herald that she preferred those political relationships where you can keep some perspective. “I’ve generally found with Mathias that we can have a pretty robust argument but we are still able to have a cordial exchange outside the chamber,” she added. “Not all senators are like that.”

“I think we would agree on almost nothing,” another Labor senator told me, “but he is honest and sincere in his beliefs, and he always has the courtesy to at least hear out an opposing point of view. I like him as a bloke; he is principled.”

A staffer in the office of a crossbench senator with whom Cormann has been negotiating describes his approach as “refreshing,” noting that he gave a direct response when asked what was negotiable and what was not. “He doesn’t leave you hanging with the prospect of vague promises. He is direct and very black and white. You know where you stand.”

Public servants who work with him speak of his unfailing courtesy and his readiness to give praise, while those who were confronted by him in Estimates hearings in the Rudd–Gillard years recall a persistent inquisitor who had clearly done his homework. Renowned for his work ethic and sheer doggedness, Cormann sticks tenaciously to his talking points and political script; he is, as one former staffer observed, discipline and caution personified. One quirk noted by his department is his insistence that media releases never carry direct quotes (presumably to guard against being quoted out of context).

A long-serving veteran of the Canberra press gallery admits to an ongoing fascination with Cormann. “Many of them stick doggedly to the day’s lines, but Mathias is different,” she tells me. “For him it is personal discipline, in my view, an immigrant’s determined achievement. He and Penny [Wong] have a very strong working relationship. As an interviewee, he listens and engages. I like him.”

A devout Catholic, Cormann’s views are decidedly conservative, but as one prominent commentator observed, he is never strident and, despite his own views, he is considerate without conceding ground. “He has strong personal intelligence and the art of showing respect, being honest without selling out his right-wing ideology. He is a rigid realist unlike [Tony] Abbott, who is a rigid zealot.”

One member of the Senate crossbench, Cory Bernardi of the Australian Conservatives, has described Cormann as “the consummate politician,” praising his careful attention to detail. “Amazingly, you can have an aside to Mathias about one thing and he follows up on it, whereas most people easily forget things or say, ‘Oh yeah, I’ll get around to that.’”

Late last year, prime minister Malcolm Turnbull paid tribute to Cormann when he announced that the West Australian would become government leader in the Senate, replacing the retiring George Brandis. In a media release, Turnbull noted that Cormann “has been integral in steering the government’s agenda through the Senate. His determination and his counsel are invaluable.” Just two months later, the newly elevated senator found himself acting prime minister when Turnbull travelled overseas and his deputy at the time, Barnaby Joyce, was unavailable. It was a big leap — but doubly so for the hitherto outsider.

To many who knew the young Cormann, his drive and determination always set him apart. Mathieu Grosch, the MP for whom Cormann worked in Belgium, remembers him well. “He was my first personal assistant in Brussels; it was obvious he was intelligent, driven and charismatic but also blessed with youthful impatience and full of determination… No road was too far for him to travel to reach his goal.”

And travel far he has. It might well be that the ultimate goal still lies ahead. •

It’s a battle to get noticed by Australia’s small group of Trumpian voters, but David Leyonhjelm might have worked out how 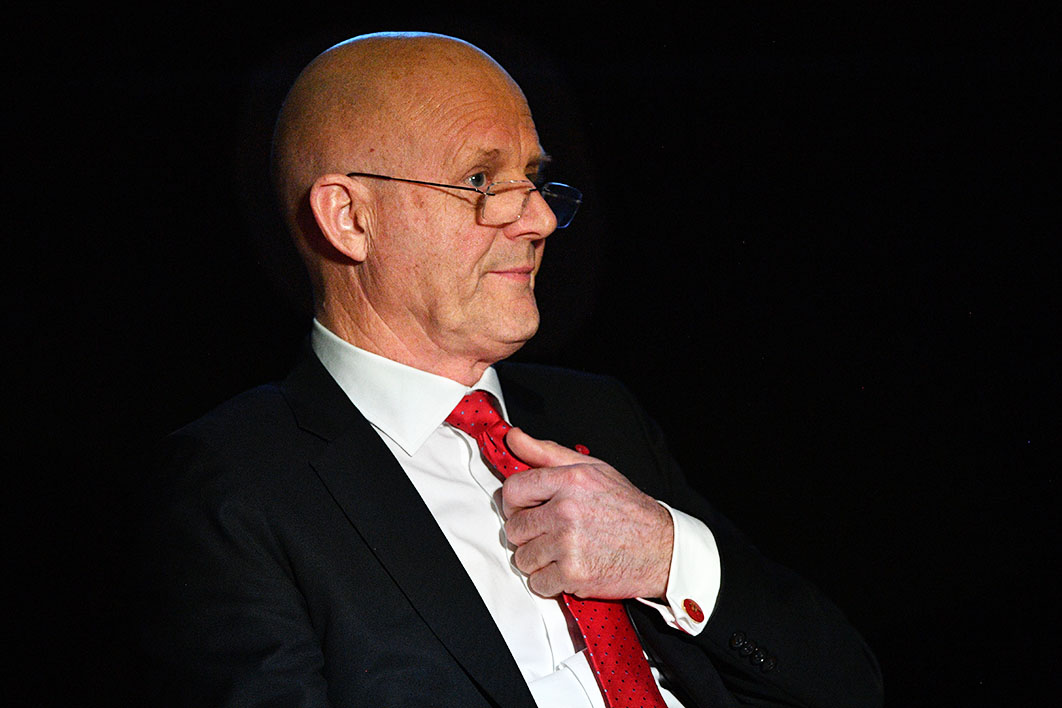