In a democratic system the parties themselves should practise internal democracy, argues Norman Abjorensen 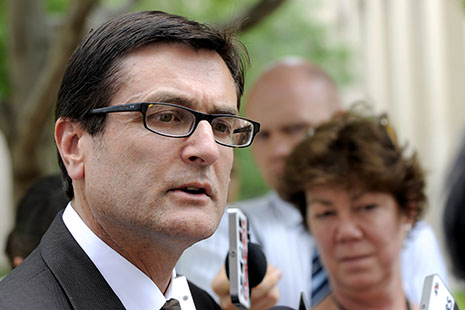 LIKE MOST other western liberal democracies, Australia has experienced a steady decline in membership of political parties, with the Australian Bureau of Statistics putting total party membership at just 1.3 per cent of the adult population in 2006 – the same percentage as in Britain, where there is growing concern about dramatic falls in member numbers, and much lower than many European countries.

The decline has made parties secretive about membership numbers, so accurate figures are difficult to come by. And it is not just the numbers themselves that are embarrassing, but also the reasons for the decline. The former National Party in Queensland, now merged with the state Liberal Party, suffered a massive exodus soon after John Howard was elected leader of the federal Liberal–National coalition in 1996. An internal report, never made public, identifies a single reason for the abrupt slump – Howard’s clampdown on guns in the wake of the Port Arthur killings in Tasmania. The party went to considerable lengths to keep this quiet for the sake of Coalition unity, but the Queensland Nationals were fatally wounded and have never recovered their previous clout. Many of the disgruntled ex-Nats found their way into One Nation, where they caused mischief for their old party.

Elsewhere the reasons for decline might be more complex but the figures are almost as stark. In Victoria, where the Liberal Party has traditionally been strong, an internal party review in 2008 revealed just 13,000 members in Australia’s second-most populous state, down from a peak in 1950 (in a much smaller population) of 46,000. More tellingly, the party’s median age stood at sixty-two against a median age of the population of forty-three.

The figures are no more encouraging for Labor. In 2005, when the party opened up the election of its national president to the party rank-and-file, 39,000 ballot papers were distributed but only 19,000 returned, which suggests a very small number of members, active or otherwise. A report on the party in New South Wales revealed just 8000 members in the state, excluding retired people, out of a total workforce of 3.25 million.

Former leader Mark Latham’s estimate was even bleaker. Noting in The Latham Diaries that the safe Labor seat he held, Werriwa, contained no more than fifty members who devoted more than two hours a week to party affairs, he calculated if that were multiplied by the 150 electorates represented in the House of Representatives then Labor had just 7500 “real” members around the country. Assuming one-third were unionists and the rest were students, retired and unemployed people, that suggested precious little connection with mainstream Australia.

Even more recent figures – and from what is traditionally considered to be a key part of Labor’s heartland – reveal a startling decline. Confidential Labor membership lists obtained by the Newcastle Herald show membership in the Newcastle branches in freefall in recent years, with just 200 members eligible to vote in local preselections in 2007. Since then, two branches have closed, which means numbers are probably now even lower – down from some 300 members in 2006 and almost 500 in 1986.

Of course, parties will always have a role in government, but what are we to make of their declining role in civil society? Are they in danger of becoming – or have they already become – mere vehicles for the seeking of office? Has the role of interest-group mediation – and with it the articulation of civil society concerns – become a thing of the past?

There is a body of largely anecdotal evidence that suggests rank and file members of both main political parties find they have very little input into the parties’ processes, namely policy and preselections. Indeed, the more these are centralised, the less relevant local branches and their members become. Increasingly, members tend to ask themselves what is the point. That has almost certainly been the case in Newcastle, where head office famously overrode local branch opposition to impose candidates for two safe seats – one state and one federal.

It is just possible that the number crunchers are taking note: the federal MP imposed on the Newcastle seat of Charlton, Greg Combet, is now set to face a preselection, as is the controversial MP for Robertson, Belinda Neal – another beneficiary of head office largesse. Combet, the former secretary of the Australian Council of Trade Unions, is most unlikely to be challenged, but at least the branches will be allowed a say. Neal is almost certain to be rolled.

Meanwhile, though, local branch members in a whole slew of seats in New South Wales are being cut out of the preselection process, chiefly as a result of factional deals – the very same process that has contributed directly to the parlous state of the party in what has historically been a strong Labor state. The rapidly declining relevance of its shrinking membership and the capture of its factions – and with them the party machinery – have seen Labor become little more than the plaything of unrepresentative cliques. Poor-quality candidate selection and scant attention to policy are the inevitable outcomes, not to mention the corrosive effect of even greater public cynicism and further disengagement.

Although both major parties have moved in a centralising direction, the Nationals continue to empower their local branches. The party is even experimenting with a US-style primary in one NSW seat – interestingly, open to all supporters, not just members. The Liberal Party retains admirable vestiges of grassroots democracy, as was seen last year when local members of the merged state Liberal–National Party on the Gold Coast defended their local choice for the seat of McPherson against a challenge from sitting frontbencher Peter Dutton, whose own sat of Dickson had become highly marginal after a redistribution. No local preselection took place under John Howard’s leadership, however, without close prime ministerial scrutiny.

The Labor Party is even more centralised in that regard, with the party’s national executive deeply involved in every move, and the prime minister taking advice from senior number crunchers, such as Anthony Albanese and Mark Arbib. For that reason, anxious eyes are being cast at the two seats due to become vacant in the Australian Capital Territory, safe Labor terrain but with an engaged and numerically robust local membership. Last month, when it was announced that the sitting members in the territory’s two House of Representatives seats, Bob McMullan and Annette Ellis, would not contest the next election, both of the departing MPs expressed a hope that the party would choose their successors by rank-and-file ballot. Such sentiments, one might expect, would not have been expressed unless there was real concern that the party’s hierarchy might impose candidates. While senior Labor figures in the branch believe that this is unlikely to happen, it remains a potentially very divisive possibility.

Of course, the argument can be, and is, made that this is professional politics at work, and professional politics leaves nothing – such as a loose cannon candidate running around during an election campaign – to chance. But there is another argument. Parties, if they are to fill a crucial and valuable mediating role in civil society, need to reflect local opinion rather than either an oligarchical view from head office or a factional deal made elsewhere.

While tighter control of candidate election might have its uses in some instances, it actually serves to head off any real renewal within a party, and merely perpetuates the power of the ruling elite. For example, if a local candidate emerged somewhere with significant grassroots support but was strongly opposed to the policy direction of the party, or even the party leadership, she would almost certainly be blocked by a head office veto over the local ballot.

Is it too much to expect in a political democracy that the political parties contending for office practise internal democracy? Given the dependence on the public purse for election funding, one might argue that at least a modicum of transparency and a nod in the direction of democracy might reasonably be demanded in return. For the sake of a more representative politics and more inclusive decision-making, party membership, like citizenship, has to mean something. •