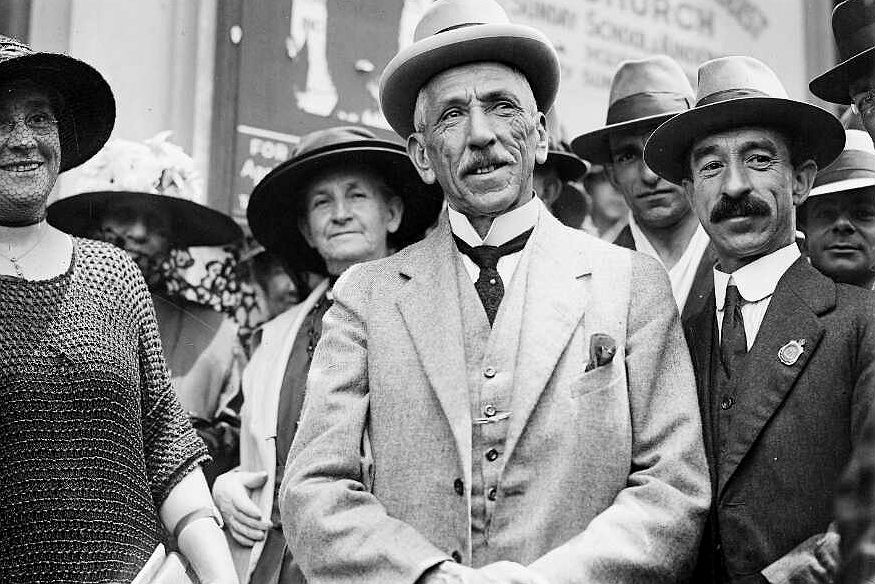 Party politics in Australia is not merely tribal, it is fiercely tribal. The intimate legislative chambers – small in comparison with Britain or the United States, for example – mean that majorities tend to be slender and party discipline tight. When members switch allegiance, it is news; when former party leaders do so, it is big news, confounding the stereotype of party rigidity.

Thus, the general air of bemusement at the news that Mark Latham, former Labor leader, has thrown in his lot with the tiny Liberal Democrats – a political journey that has taken him from the centre-left to the far-right libertarian–neoliberal end of the spectrum. It is matched only by the trajectory of Ned Hogan, Labor premier of Victoria 1927–28 and 1929–32, who, after the Labor Party split during the Great Depression, joined a minority Country Party government and served as a minister from 1935 to 1943.

But several other MPs have gone from leading a tribe to joining a rival. Perhaps the most dramatic of them all was Billy Hughes who, as Labor prime minister in 1916, led a group of his supporters out of the party over the wartime conscription issue. There, they formed a “National Labor” government before joining forces with the opposition Liberals to create the Nationalist Party, with Hughes retaining the prime ministership all the while.

Despite being dumped by the Nationalists in 1923, the Little Digger (as he was known) was by no means done with apostasy, endlessly plotting on the backbench to wreak his revenge. The moment came in 1928, when he led a revolt against the Nationalist Bruce government that resulted in its defeat. Expelled by the party, Hughes briefly formed his own party, the Australian Party.

Sitting as an independent but still hopeful of a reconciliation with Labor, Hughes initially supported the Labor government of James Scullin. After a falling out, though, he joined the Nationalists’ conservative successor, the United Australia Party. Forever intriguing, he played a role in the removal of Robert Menzies as UAP prime minister in 1941, and went on to lead the party, at age eighty, to a sound defeat in the 1943 election.

The very creation of the UAP had come about as a result of another defection from the Labor Party. Joe Lyons and several supporters had walked out of the party in 1931 and joined with the opposition Nationalists to create the new party, with Lyons serving as prime minister from 1932 until his death in 1939.

The first leader of the Country Party, William McWilliams, also parted ways with his tribe after being replaced by former army medic Earle Page in 1921. McWilliams, who tended to support the Labor Party in parliament, lost his seat in 1922 but won it back – as an Independent Nationalist – in 1928.

The temptation to switch parties was dangled before another Country Party leader, John McEwen, when he served as interim prime minister after the death of Harold Holt in late 1967. A small group of influential Liberals sought to have McEwen stay on as PM on the condition that he join the Liberals. He declined.

As it was, the man who succeeded him as prime minister, John Gorton, did break with his party. Dumped in a party-room revolt in 1971 and dropped from the front bench in 1974, he resigned from the Liberals to run as an independent in 1975 and later openly supported the Australian Democrats.

Since then, until the Latham switch, only one other national party leader has gone elsewhere – the Australian Democrats’ Cheryl Kernot, who crossed to the Labor Party in 1997. Kernot narrowly won the Brisbane suburban seat of Dickson in 1998 but lost to the Liberal candidate, Peter Dutton, in 2001.

In comparison, greater fluidity has been evident at the state level. In Queensland, Labor’s William Kidston, premier 1906–07, broke with the party over its socialist objective. Kidston formed his own party, which later merged with the conservatives, and went on to head a non-Labor government in 1908–11.

In New South Wales, a rising star in the Labor Party, lawyer William Holman, became premier in 1913, but followed his national leader, Hughes, over to the conservative side during the convulsions over the conscription issue. There, he headed a Nationalist state government until 1920 and later served in the federal parliament.

Another divisive NSW Labor premier, Jack Lang, memorably sacked by the state governor in 1932, was expelled in 1942 and went on to form his own party, the ALP (Non-Communist) Party. Elected to the federal parliament in 1946 as an independent, he became a thorn in the side of the Chifley Labor government.

Arguably the most audacious party switch of all took place in Victoria in the troubled years after the second world war, when rural-biased electoral boundaries prevented governments from winning majorities. The Liberal Party found itself at war with the Country Party, mainly because the latter had formed an alliance with Labor that kept the rural party in power from 1935 to 1943 and again from 1950 to 1952.

With Labor insisting on electoral reform as a condition for its support, the government’s supply bills were blocked in the Legislative Council. It had no option but to resign. Into the sudden vacuum stepped Hollway, and seven supporters, calling themselves the Electoral Reform Party. Their government, made of all eight members, survived just three days, from 28 to 31 October 1952, before being defeated in a censure motion.

The saga didn’t end there. The Country Party was commissioned to govern pending an election. Hollway, still smarting from his dumping as Liberal leader, nominated for the hitherto safe Liberal seat of Glen Iris, which was occupied by the man who succeeded him, Les Norman. Hollway won the seat but Labor won the election, giving Victoria its first majority government in decades.

Around the same time, Queensland’s Labor premier, Vince Gair, found himself at the centre of the great Labor split, which tore the party apart nationally and in several states. Eventually, in 1957, the ructions cost him his job, but he later returned to politics as a senator and leader of the Democratic Labor Party, which had broken away from the ALP.

Turmoil came on the other side of politics in South Australia in the 1970s, when the former Liberal premier (1968–70), Steele Hall, left the party and founded the reformist Liberal Movement. After serving in the Senate from 1974 to 1977, he rejoined the Liberal Party and returned to the House of Representatives in 1981, holding the seat of Boothby until 1996.

More recently in South Australia, former Liberal leader, Martin Hamilton-Smith, who lost the leadership in 2009 after bitter party infighting and challenged for the job again in 2012, quit the party after the 2014 election. Sitting as an independent, he accepted a cabinet position in the Labor government.

Given the tribal culture of Australian politics, the price for apostasy can be high. Billy Hughes, who ended his days as a Liberal MP but was trusted by almost no one, was widely derided as a Labor “rat,” as were Joseph Lyons and William Holman. Jack Lang, largely through the efforts of his admirer Paul Keating, was readmitted to the Labor Party shortly before he died in 1975, while Vince Gair, who died in 1980, spent his last lonely days waiting for the phone call that never came.

In Victoria, the band of dissident Liberals who supported Tom Hollway in 1952 were never welcomed back into the fold, and Steele Hall, despite having rejoined the Liberal Party, continued to be viewed with suspicion. John Gorton was quietly readmitted to the party in 1990.

As for Mark Latham – the only Labor leader never to hold ministerial office – it is doubtful if a single Labor figure will shed a tear for a man whose public utterances since quitting the leadership in 2005 have appeared to be those of someone in an orbit all of his own.