The Saudi oil shock: a symptom of a much bigger economic risk

Is a highly integrated global economy starting to come apart at the seams? 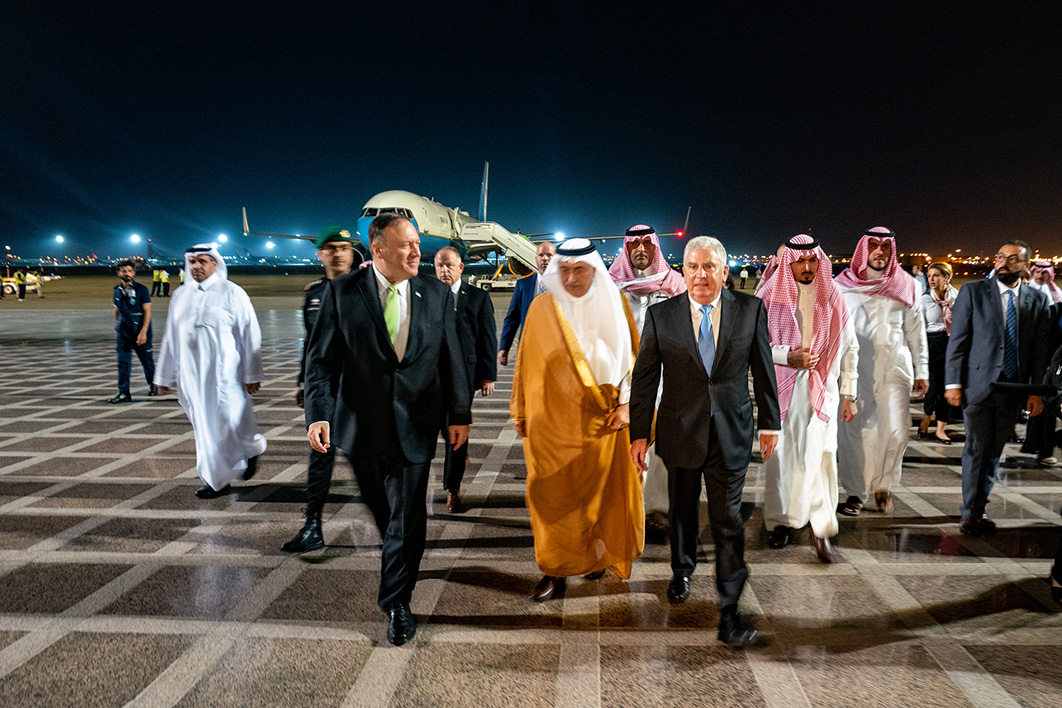 Drones costing just a few thousand dollars have caused the biggest disruption to global oil markets in modern history, with potentially significant implications for the global and Australian economies at a time when they are least prepared. But the attack on the Saudi refinery at Abqaiq also highlights a much more significant and underappreciated risk to the global economy, a collapse in the world’s highly integrated supply chains, which some argue could be the cause of the next downturn.

The attack sent global markets reeling. Saudi Arabia’s oil production halved, the world’s oil supply fell by 6 per cent, and oil prices rose by 20 per cent. And its longer-term impact could be substantial: spikes in the price of oil have played a leading role in both US and global economic downturns at least once every decade since the 1970s. To avoid that happening again, countries will need to avert a geopolitical conflict and come up with an extra 5.7 million barrels of oil each day until Saudi supplies are up and running again.

There are a few places where those barrels could come from. The United States and other members of the International Energy Agency (except Australia, which consistently breaches its obligations under the IEA treaty) have oil reserves equal to ninety days of their imports. But they’d prefer not to use them. Another option is for the rest of OPEC — the Organization of the Petroleum Exporting Countries — to increase supply. As oil exporters, they might enjoy having temporarily higher prices, but they’ve also been working hard, but unsuccessfully, to keep prices low to try to kill off competition from North America’s boom in shale gas.

Wherever it comes from, the extra oil will help ease price pressures. But it’s unlikely to be enough. Most analysts believe there will still be a shortfall in global supplies, particularly if the Saudis take longer than expected to get back on their feet.

This is bad economic news. Oil permeates the global economy much as it does a car engine. High oil prices drive up the cost of deliveries, transport, logistics, goods and many services. In Australia, every US$1 increase in the oil price adds a cent to the price of petrol, with critical implications for household budgets and firms’ production costs. Every US$10 increase in the oil price is associated with a 0.1 per cent fall in global growth.

Now is not a good time for an oil shock. Global growth is already struggling. The US Federal Reserve has cut interest rates again overnight, worried about weak data in manufacturing and the adverse impacts of the trade war. European Central Bank president Mario Draghi has sounded the alarm bells for Europe; and, as currencies fall around the world, Australia’s Reserve Bank will have less room to boost the local economy with interest rate cuts.

But the problems in Saudi Arabia are just a small example of a much bigger risk facing the global economy. Much like the oil market, the world’s supply chains are deeply integrated. The days when countries simply export final goods to one another are quickly coming to an end. More than 70 per cent of world trade involves global production networks, with goods and services assembled across multiple countries, facilitated by free trade, advances in technology and cheaper transport costs. In this hyper-globalised world, producing a humble iPhone now relies on suppliers from forty-three countries across six continents.

These supply chains have boosted growth, reduced prices for consumers and, according to OECD estimates, raised productivity in advanced economies by up to 0.6 per cent each year. Much like Saudi oil, they have become systemically important to the global economy as each economy becomes increasingly dependent on its neighbours. But much like the refinery in Abqaiq, these supply chains are under attack, with substantial and largely unknown consequences.

President Trump’s tariffs, Brexit, the trade war, the technology war, the Japan–Korea trade dispute and the threat of a currency war are radically reshaping these supply chains. A survey of multinational firms by Baker McKenzie found that nearly half of the 600 firms surveyed were making major changes to their supply chains, and 12 per cent were considering a complete overhaul. Apple has asked its biggest suppliers to see how much it would cost to shift 15–30 per cent of its supply base out of China to Southeast Asia or India. Such questions would have been unheard of just ten years ago.

The consequences have been swift, and are likely to get worse. Trade growth has fallen from 4.6 to 2.6 per cent since 2017 and foreign direct investment fell by 27 per cent last year. The total cost of shifting supply chains just to deal with the existing US tariffs on China are estimated to be substantial. Total costs for US firms would rise 11 per cent for the clothing industry, for example, while total costs for the manufacturing industry are forecast to rise by 21 per cent.

The biggest concern is the lack of certainty. Global supply chains have become so integrated and have been stretched so thin that many international firms don’t even know who their suppliers are, let alone the suppliers to their suppliers. It took a team of one hundred executives at a global semiconductor firm more than a year to find out who their third- and fourth-tier suppliers were. When reckless governments start whacking tariffs, quotas and sanctions on systems that they don’t understand, stability inevitably suffers.

In the wake of the Saudi oil shock and collapsing supply chains, there are fears that an old foe from the 1970s, stagflation, will rear its ugly head. Stagflation — inflation combined with a stagnant economy — is a rare event. Inflation usually implies that strong demand is overheating the economy (called demand-pull inflation): that’s the sort of inflation central banks dream of in the current environment. But when inflation comes from rising costs (called cost-push inflation), it becomes possible to have both a weak economy and accelerating prices.

This creates a serious predicament for central banks and governments. Central banks normally control inflation by tightening monetary policy to cool demand. But if demand isn’t the problem, these tools are less effective — particularly when households, firms and banks are already heavily indebted and less able to withstand rising costs. In the 1970s, stagflation came from rising oil prices. With luck, the price rises from the Saudi oil shock will be only temporary. But the same cannot be said for the cost rises from collapsing supply chains.

Adam Triggs is the Director of Research at the Asian Bureau of Economic Research, Australian National University, and a regular contributor to Inside Story.