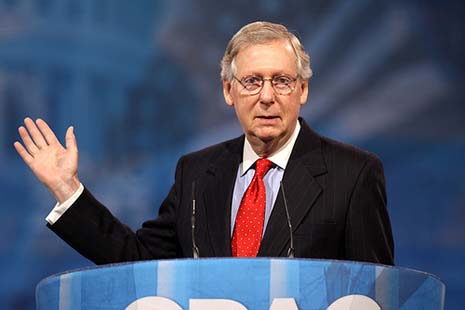 NEXT year’s elections are already looming large over Congress, its lawmakers and their actions. The Republican and Democratic parties are busy vetting candidates, figuring out who will run and who will retire, and gauging the vulnerabilities of districts and candidates. At stake is control of the House and the Senate.

No one is more keenly aware of these efforts than Barack Obama. The return of a Democratic majority in the House in 2014 would help boost the chances of a strong legacy when he leaves office in 2016. And while it’s unlikely that the Republicans will win the Senate, if that were to happen it would make Obama a very lame duck in his final two years in office.

The Republicans are still reeling from their losses in the 2012 election. In its postmortem on the campaign the Republican National Committee candidly predicted that the party “will lose future elections” if it is unable to attract more women and minority voters. But the Democrats cannot rely on their demographic destiny just yet. Midterm elections traditionally attract very different voters from presidential races, with fewer young people and minorities turning out to vote. Redrawn district boundaries will also protect many incumbents.

Obama is looking to push his second-term agenda on gun control, immigration reform, education and climate change, and he wants to craft a budget deal that tackles the deficit in a balanced way and provides some significant long-term fixes to the nation’s fiscal problems. The president, aware that his approval ratings will drop if the public blames him for a lack of action in Washington, has changed his legislative strategy. He is ignoring John Boehner and the Tea Party crowd in the House and reaching out to Republicans in the Senate, where his chances of success are increased because Senate minority leader Mitch McConnell is preoccupied with his own 2014 re-election.

McConnell, who is a leading symbol of the Republican Party and all that Democrats loathe about it, is arguably the most vulnerable Senate incumbent. Now in his fifth term, his approval rating in his home state of Kentucky is just 36 per cent. Small wonder, then, that he has increasingly turned his attention to his re-election and shoring up his credibility with the right, despite the fact that he does not yet have a Democratic challenger.

Recently McConnell joined with Tea Party conservatives to try to block gun control legislation in the Senate. That backfired thanks to a White House–led shame campaign, and subsequently Senate Democrats – for the fifth time in two months – won a procedural showdown by peeling off Republican votes (sixteen in this case).

It can be argued that McConnell’s diminished focus on the Senate agenda has allowed some small degree of bipartisanship to emerge in the Senate, as exemplified by the Manchin–Toomey agreement on gun-sale background checks and a possible consensus proposal from the so-called “gang of eight” on immigration reform legislation. The White House will be looking to use such progress, however small, to pursue its agenda and then put pressure on the recalcitrant House, where speaker John Boehner’s standard response on legislative issues is “we’ll wait and see what the Senate does.”

Boehner is once again trapped in a tough position. Frustrated that the bills it passed were ignored by the Senate, the House has purposely stood aside from legislation to put pressure on the Senate to act – and now the Senate is doing just that. Boehner has promised to consider the gun and immigration legislation passed by the Senate; failure to do so will mean the House risks looking like it is obstructing the will of the American people.

Boehner’s instincts are probably to negotiate a deal, but his caucus is pushing him in multiple directions and House Republicans have threatened to revolt if there is any attempt to rush through an immigration reform bill. He must also continually look over his shoulder, aware that majority leader Eric Cantor, House majority whip Kevin McCarthy and budget committee chairman Paul Ryan, all of whom have better standing with the right, are all eager candidates for his job.

Perhaps that’s why Boehner has taken a hard line on budget issues and resisted further negotiations, even as Senate Republicans met with President Obama in a search for common ground. Election losses last November would not deter his party from pressing its vision of reducing the size of government, resisting tax increases and repealing Obamacare, Boehner said in a recent interview, arguing that it was candidates and personalities, not proposals to cut Medicare and other key programs, that accounted for the party’s defeats.

The polls tell the story. The Congressional Republicans are swimming against the tide of public opinion, leaving President Obama far more popular and trusted. Only 38 per cent of Americans trust Republicans on the economy, a level that matches the low point of 2008. In contrast, the approval rating on the economy for Democrats in Congress stands at 48 per cent and improving. A national poll by Rasmussen Reports released on 15 April found that Democrats held a four-point lead over Republicans when likely voters were asked which party they would vote for if an election had been held on the day of the survey.

There is much governing to be done before election campaigning for 2014 starts. But, regardless of his opponents’ problems, unless Obama can break the legislative logjam in the Senate, and then in the House, and make progress on his key issues, he will have no choice but to turn his full attention to the midterm elections in the hope of a friendlier environment to finish out his term and secure victories on the issues that will define his legacy. •

The grim conflicts in Afghanistan and Iraq have dulled the instinct for armed intervention. But it still runs deep in British political culture, writes David Hayes 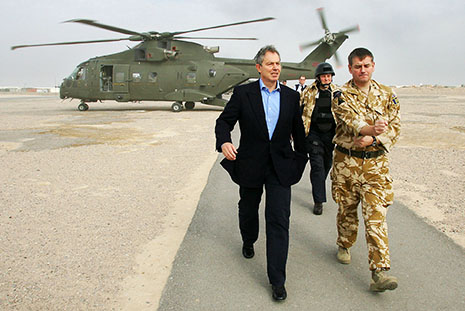