New legislation in New South Wales highlights the eroding distinction between how police deal with terrorism and how they deal with other crimes, writes Nicola McGarrity 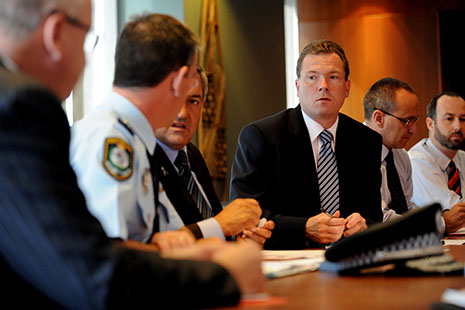 TERRORISM IS UNDOUBTEDLY an extraordinary crime. To quote the former NSW attorney-general, Bob Debus: “General criminal activity has never aimed to perpetrate the mass taking of life, the widespread destruction of property, or the wholesale disruption of society in the way that terrorism does.” After the 9/11 bombings in New York and Washington, the federal government decided that the existing criminal laws were inadequate to deal with the threat of terrorism and that new measures – bans on terrorist organisations, new criminal offences and expanded powers for police and intelligence agencies – were necessary.

But in recent years the clear distinction that Bob Debus and others have drawn between terrorism and general criminal activity appears to have blurred. In 2005, South Australia passed a law giving the state attorney-general the power to proscribe (or ban) bikie gangs and criminalising people who associated with these gangs. This legislation was closely modelled on the Commonwealth regime for proscribing terrorist organisations – and, indeed, South Australian premier Mike Rann described bikie gangs as “terrorists within our community.” Several other Australian states and the Commonwealth are now considering whether to introduce similar laws.

Since 2005, workers in the building industry have been deprived of their right to silence and can be compelled to give evidence to the building industry watchdog – even if that evidence might tend to incriminate him or her. These workers have fewer rights than a suspected murderer hauled in for questioning by the police.

And, on 4 March this year, the New South Wales government introduced the Law Enforcement (Powers and Responsibilities) Amendment (Search Powers) Bill into parliament. This bill would give the state’s police the power to conduct covert searches – that is, to search premises without the knowledge of the occupier. A similar power already exists for suspected terrorism crimes under the state’s Terrorism (Police Powers) Act 2002; the bill would extend that power to all state crimes carrying a maximum term of imprisonment of seven years or more.

In 2007, a Senate committee reported on the federal government’s proposed introduction of a similar power. It concluded that “suspicion of only the most serious offences should be able to be used as the basis for an application” for such a warrant, referring to offences involving terrorism or organised crime, or death or serious injury with a maximum penalty of life imprisonment. The New South Wales bill goes far beyond this. It would apply to crimes ranging from child pornography and drug trafficking to destroying equipment belonging to a mine or interfering with a navigation aid on an aircraft or vessel.

This is the situation that critics of the Australian terrorism laws warned against in 2002. Once extraordinary measures are accepted in the terrorism context, it is almost inevitable that there will be a slide towards their adoption in other contexts. The above examples are just that – examples. They by no means represent the outer limits of this trend.

Australia has traditionally placed its faith in parliament and the political process as the best protector of human rights. Any abuses of power can be corrected by the Australian people at the next election. But what happens when politicians feel they must be seen to be doing something – anything – to respond to perceived security threats? Where are the checks and balances on abuse of power by parliamentarians in those circumstances?

The police powers bill provides a perfect example of hasty legislation with poor safeguards. All police searches infringe the right to privacy to some extent, but covert search warrants substantially reduce the accountability of police for such infringements. The occupier of the relevant premises will have no opportunity to challenge the lawfulness of a search warrant, and he or she will not be made aware of the search for at least six months and up to three years.

This lack of accountability means that there is a risk that some police will use the new power as a means to conduct fishing expeditions and/or plant evidence at the premises. Even minimal safeguards – the video-recording of the search or the presence of an independent person – have not been built in.

As well as the fact that a “searchable offence” is defined in overly broad terms in the bill, there are two other basic problems. First, the power is not limited to searches of the premises of suspected criminals. It could be used to search innocent people’s homes or to gain covert access to adjoining premises if this is reasonably necessary to enter the primary premises or to avoid compromising the investigation.

Second, and most importantly, the bill gives a greater power to the police to conduct covert searches in relation to ordinary criminal offences than they currently have in relation to terrorism cases. A covert search may be issued if two conditions are met: there is a suspicion (not a belief) on reasonable grounds that there is, or within ten days will be, a “thing” of the kind connected with a searchable offence in or on the premises; and it is necessary for the entry and search of the premises to be conducted without the knowledge of any occupier of the premises.

In contrast to the NSW Terrorism (Police Powers) Act 2002, there is no requirement that the thing sought will “substantially assist” with the investigation of the crime. A mere connection between the thing and the searchable offence is sufficient. If this safeguard is justified in the terrorism context, what possible reason could there be for leaving it out of a bill directed at less grave criminal activity?

Given the breadth of the power and its impact on basic human rights, a compelling justification should be made before the police are given this power. But the New South Wales government simply argues that covert searches would make police investigations easier. If that’s the only answer, then why aren’t search warrants eliminated altogether? Or why don’t we allow covert searches in relation to all crimes?

The lesson from this example is clear. Where there is a clash between human rights and law and order, the latter will generally win out. Debate about the impact of a law on human rights will be minimal at best. It is here that the true value of a charter of rights lies.

A statutory charter along the lines of those already in place in Victoria and the Australian Capital Territory would require that each law be certified for compliance (or lack of compliance) with human rights principles. It would provide a powerful safeguard to ensure that human rights principles cannot simply be shunted to the sidelines by security and law and order considerations. •

Nicola McGarrity is the director of the Terrorism and Law Project at the Gilbert + Tobin Centre of Public Law, University of New South Wales 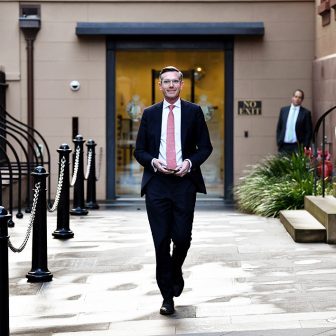