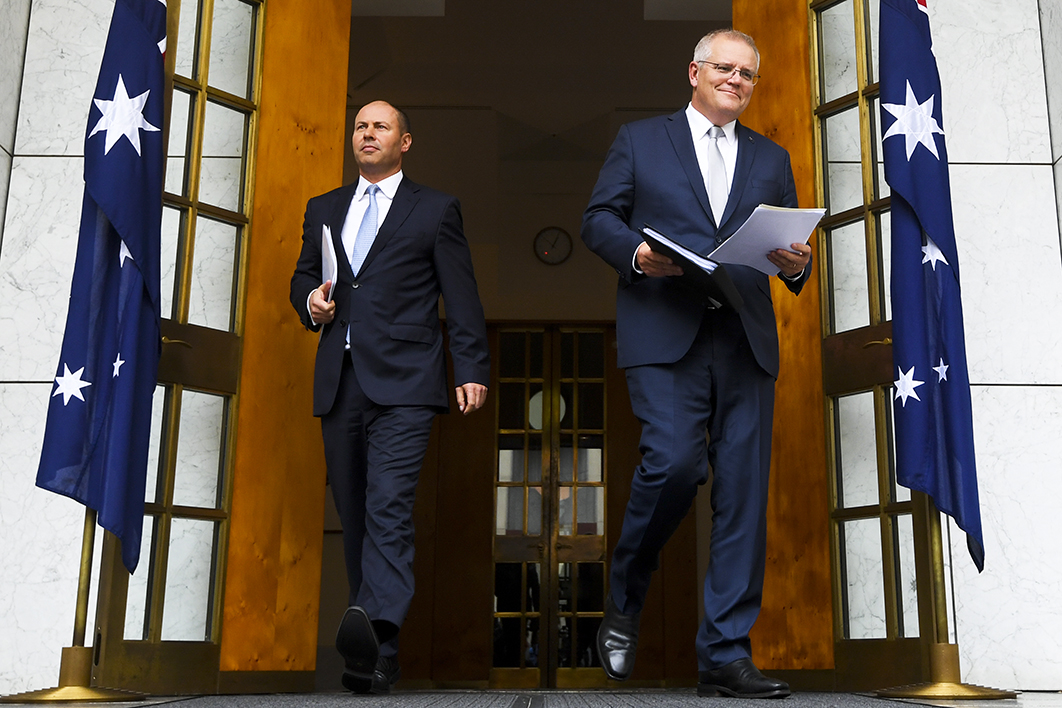 It’s not unusual for governments to argue that tax cuts will improve the incentive for people to work, save or invest. Faster economic growth will follow — so the argument goes — and everyone will benefit.

The Morrison government said exactly that when it promoted its three-stage personal income tax cuts, which passed into law not long after the 2019 election. Working Australians would receive greater “rewards for effort” without the progressivity of Australia’s tax system being sacrificed. Later, when the government brought forward its stage two tax cuts, it argued they would “improve incentives to work.”

John Howard made similar claims about the income tax cuts at “the heart” of the tax changes his government introduced in 2000. Australian workers would now be given a “genuine reward for their efforts,” he declared. And, lest it be thought this line of thinking is confined to one side of politics, Labor treasurer Paul Keating asserted back in 1985 that “lower marginal rates will enhance our economic performance by better rewarding initiative.” Among other things, he was proposing a substantial reduction in the top personal tax rates from what was then 60 per cent.

It’s certainly true that tax cuts can deliver a sugar hit to the economy, especially in response to an economic downturn. And the design of the tax system — how taxes are collected, and from whom — undoubtedly has an impact on economic performance, for better or worse. But any clear correlation (let alone a causal relationship) between the level of tax and the rate of economic growth — or any other measure of economic performance — is far less obvious, as research by the OECD and the IMF has shown.

The most contentious of all tax cuts, of course, are those targeted at high earners. The frequent claim that they encourage economic growth was recently examined in some detail over a fifty-year period by David Hope and Julian Limberg at the London School of Economics. Using data on economic growth, unemployment and income inequality, the two economists tracked the impact of cuts in income and wealth taxes for high-income or high-net-worth individuals in eighteen OECD countries.

Their conclusion? While the top 1 per cent of income earners undoubtedly captured a greater share of national income (by an average of 0.8 percentage points in the five years after each tax reduction), the cuts had no statistically significant impact on real per capita GDP growth. Nor did they reduce unemployment.

Hope and Limberg’s findings are consistent with other research showing that reducing top marginal income tax rates has no significant impact on the amount of paid work undertaken by people who benefit from them. Without that increase in effort, the argument for the tax cuts breaks down.

What about the other claim made by the federal government: that its cuts will preserve the progressivity of Australia’s tax system?

As a starting point, it’s important to recognise that Australia’s income tax system is more progressive than generally recognised. Its progressivity arises from the complex interaction of its rates and thresholds.

The top personal rate — effectively 47 per cent — is in the middle rank of OECD countries. But the threshold above which it applies is relatively low as a proportion of the average wage — lower, in fact, than all but six OECD countries. Our tax-free threshold, on the other hand, is very high (and twenty-six OECD countries don’t have one at all). And our flat-rate Medicare levy is a lot lower than the social security contributions levied in the United States and most European countries. (Our GST rate is also low compared with the OECD average of 19.2 per cent, with only four of thirty-six comparable OECD countries being lower.)

Combine these factors with a tightly targeted social security system and Australia achieves a significant measure of income redistribution — and it does that despite having a smaller overall tax “burden” than most OECD economies.

Treasurer Josh Frydenberg is correct when he says that Australia will “retain a progressive tax system.” But the income tax system as a whole will nonetheless become less progressive. In fact, an analysis by Grattan Institute suggests that 60 per cent of the plan’s benefits will flow to the top 20 per cent of taxpayers, reducing the share of income tax paid by this group from 68 per cent in 2017–18 to 65 per cent by 2029–30. As a result, Australia’s personal income tax system will become less progressive than in any year since at least 2003–04, and by one measure since the 1950s.

This is only partly because of the proposed rise in the top threshold from $180,000 to $200,000 (which would still leave it relatively low by OECD standards). The reduction in progressivity stems mainly from the fact that people in the top tax bracket will benefit significantly from two other changes: the lifting of the threshold for the 37 per cent marginal rate from $90,000 to $120,000 from the beginning of the current financial year, and its abolition entirely from 1 July 2024; and the increase in the 32.5 per cent threshold from $37,000 to $45,000, and its reduction to 30 per cent from 1 July 2024.

Of course, shielding high-income earners from the benefits of reductions in tax rates or increases in those thresholds is difficult without more substantial adjustments to the rate scale. But that doesn’t justify the pretence that the progressivity of the tax system is unaffected by changes envisaged by the Morrison government.

I’m certainly not advocating (as the opposition did at the last election) that the top marginal rate should be increased — and particularly not at the current or prospective threshold. Among other things, that would almost certainly encourage tax avoidance strategies that (legally) exploit the already large difference between the top personal income tax rate and the company tax rate (especially now that small businesses pay a company tax rate five percentage points lower than other businesses).

More generally, I don’t see any compelling reason why employees who are earning wages or salaries of $200,000 or more and are not using tax-minimisation strategies should be paying more of their wages or salaries in tax than they currently do.

What does worry me is the tax treatment of income from other sources — from capital gains and rent, for example, and from superannuation fund earnings and “business” income routed through trusts. This income goes mainly to people whose annual pre-tax income is well in excess of $200,000 but who don’t pay tax at the same rate as people whose wage or salary income exceeds that threshold. It’s perhaps understandable, but nonetheless regrettable, that the federal opposition has walked away from its reforms to negative gearing and capital gains tax.

If the government truly believes that high marginal tax rates adversely affect incentives to work, save and invest — and if it also believes that Australia’s tax system should be progressive — then it should be looking at how high earners unfairly benefit from features of the tax system intended to benefit low-income earners (including that very high tax-free threshold), at taxing capital income at a similar rate to income from working, and at curtailing high-income earners’ use of tax-preferred saving or investment vehicles to reduce their tax bills.

If it did this, the case would be much stronger for reducing the top marginal rate or making much larger increases in the threshold at which it becomes payable. Or the government might even use the extra revenue to better fund aged care and other worthy programs without having to raise taxes or introduce new ones. Or it might feel less need to raise taxes (or introduce new ones) when the time comes to start reducing the budget deficit. •