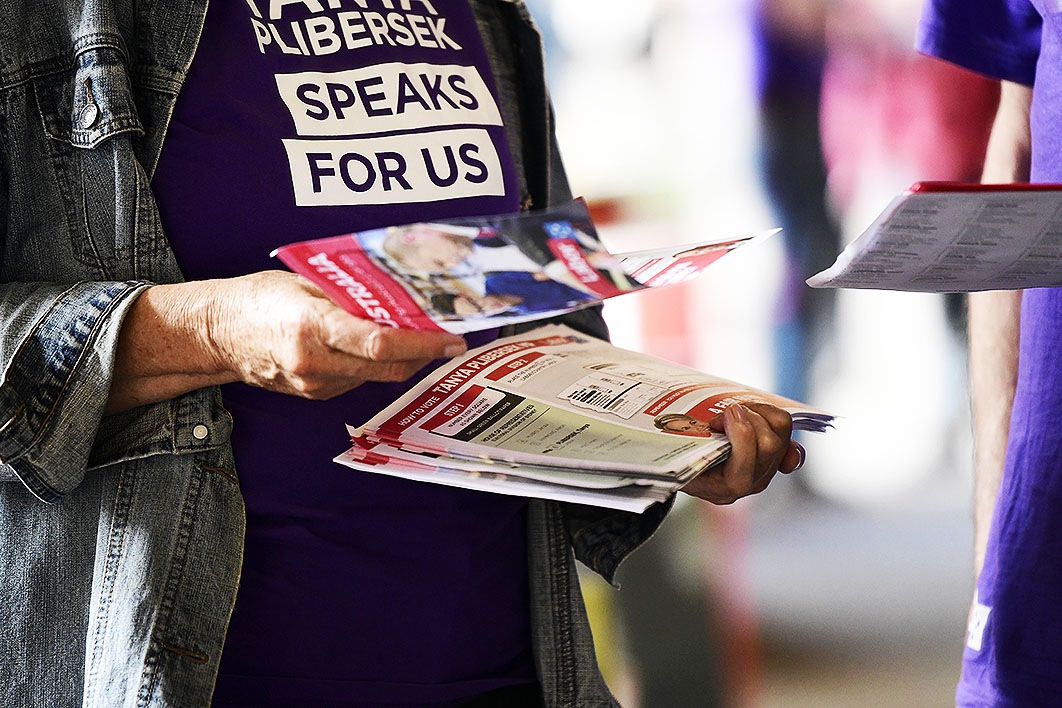 “Fuck business” was Boris Johnson’s testy response to a question last June about companies’ fears of a hard Brexit, and it’s not hard to imagine one or two members of the Coalition making the same comment over breakfast earlier this week. The Australian Financial Review had just published its latest survey of business leaders, and although their responses to most questions were encouraging for the Coalition, they weren’t exactly sticking to the party line on climate.

Asked which major party has the best policies on climate change and energy, just 13 per cent nominated the Coalition, well behind “neither party” (41 per cent) and Labor (42 per cent). The fact that these Coalition policies are no more popular than, say, Tony Abbott among mainstream business figures is no great surprise — they’ve been saying so for years — but the size of the gap between the two parties certainly is.

Former Liberal senator Nick Minchin once said that the left had been forced to look for a new cause after the collapse of communism, and the cause happened to be the environment. But it’s much more revealing to turn that observation around the other way: the Australian (and American) right was casting around for a new enemy in the 1990s, and decided on environmentalism, which soon morphed into its senseless opposition to mainstream climate science. Maybe the left did need a new cause, but at least it has a scientific consensus (and Angela Merkel, among many others) on its side.

In Boris Johnson’s Britain, the new enemy has been the “faceless bureaucrats” in Brussels — though in practice the nastiest battles have taken place within the Conservative Party. Here in Australia, two prime ministerships have been brought down by forces within the Liberal Party who think the tide of history can somehow be turned back.

I suspect part of the explanation for this strange behaviour is that both these parties of business often behave like they don’t have much of a clue about how the economy works. It’s surprising how few federal ministers have ever run anything apart from a lobby group, another minister’s office or a law practice. After flirting with innovation under Malcolm Turnbull, the Liberals seem to have decided they don’t like the look of the future, regardless of the opportunities it open up for business.

The Liberal Party’s axing of another two candidates this week is a reminder of how much trouble the major parties are having in attracting talented would-be MPs. It’s not a new problem, but it’s probably made worse by the fact that the prestige of the job has declined just as the gap in remuneration, particularly for potential Liberal candidates, has grown.

Both parties now draw most of their candidates, apart from their sometimes disastrous captain’s picks, from a much-diminished party base populated by people whose passionate interest in politics isn’t always matched by the necessary intellectual and practical skills. Meanwhile, the factional system — especially toxic in the Liberal Party at the moment — means that strong potential candidates need to consider the possibility that they’ll never reach a cabinet-level position when their party is actually in government.

Better vetting can help to avoid the most obvious problems, but it’s clear that the major parties need to vastly increase the size of their recruitment pool — and not as part of branch-stacking exercises that have damaged the Victorian Liberals in particular — so that a new, generally brighter bunch of candidates can emerge. The big parties are going to remain the dominant players in Australian politics for quite some time, so we’ll all be better off if they lift the quality of their candidates.

As Inside Story contributor Jeremy Gans pointed out on Twitter yesterday, one of this week’s Liberal casualties, Peter Killin, was a late pick to replace the original preselectee, Vaishali Ghosh, who had to pull out of the contest in the inner-Melbourne seat of Wills because of section 44 worries. Jeremy has been ploughing through the new disclosure forms — some illuminating, others not — that election candidates have submitted to the Australian Electoral Commission as part of this year’s nomination process. As he has shown over the past eighteen months, section 44 is much more of a minefield than the High Court seems to comprehend. He’ll be reporting back any minute, but his conclusion so far is that the court should clear its calendar from July to September for a stream of section 44 cases. [Update: Jeremy’s article is here.]

Stephen Mills, also an Inside Story contributor, was on ABC Radio early this week discussing early voting, which AEC figures show is running at around double the rate recorded at this point in the 2016 campaign. On balance, he’s worried by the trend, but I wonder whether it’s necessarily a bad thing, especially if we want to sustain support for compulsory voting. It’s still the case that most voters settle on their preferred party well before the formal campaign begins (despite what they sometimes tell pollsters), and I suspect many of them are more likely to be alienated than enthused by the torrent of announcements and price-tag disputes during the campaign.

What might need changing, though, is the period over which early voting runs. As Stephen mentions, Voices for Indi — the group that successfully backed Cathy McGowan — has argued persuasively that the three-week voting period disadvantages small parties and independents, who are less likely to have the capacity to hand out how-to-vote cards day after day. The group suggests a week, which seems like a reasonable compromise.

Coincidentally, Stephen was on the airwaves again on Wednesday, this time in a Radio National documentary about the Liberal Party’s extremely well-funded quest to win the 1949 election, which was the subject of his first article for Inside Story back in 2012. This is the fascinating story of a twice-weekly radio series, John Henry Austral, produced by the Liberal Party during 1948 and 1949 as part of its drip-feed campaign against the Chifley government.

Amazingly, the series was broadcast on around eighty radio stations across Australia. It was a “concerted, extended effort to present voters with a coherent and complete worldview — a political philosophy,” says Stephen. “At a time when party campaign advertising has abandoned platforms to focus almost exclusively on manoeuvring over short-term issues and attacking the character of rival leaders, that is not a bad example to look back on.” You can read his Inside Story article here and listen to the RN documentary, with audio from the broadcast, here. • 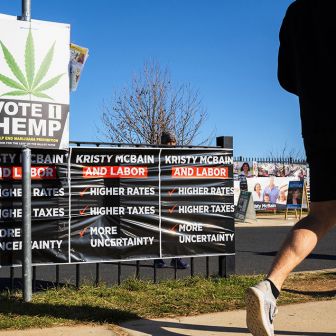 Is it curtains for Italy’s master semioticians of the airwaves?

The end of the adventure? Supporters of Radio Radicale demonstrating in Rome’s Piazza Madonna di Loreto after a cut in government funding. Andrea Ronchini/NurPhoto via Getty Images 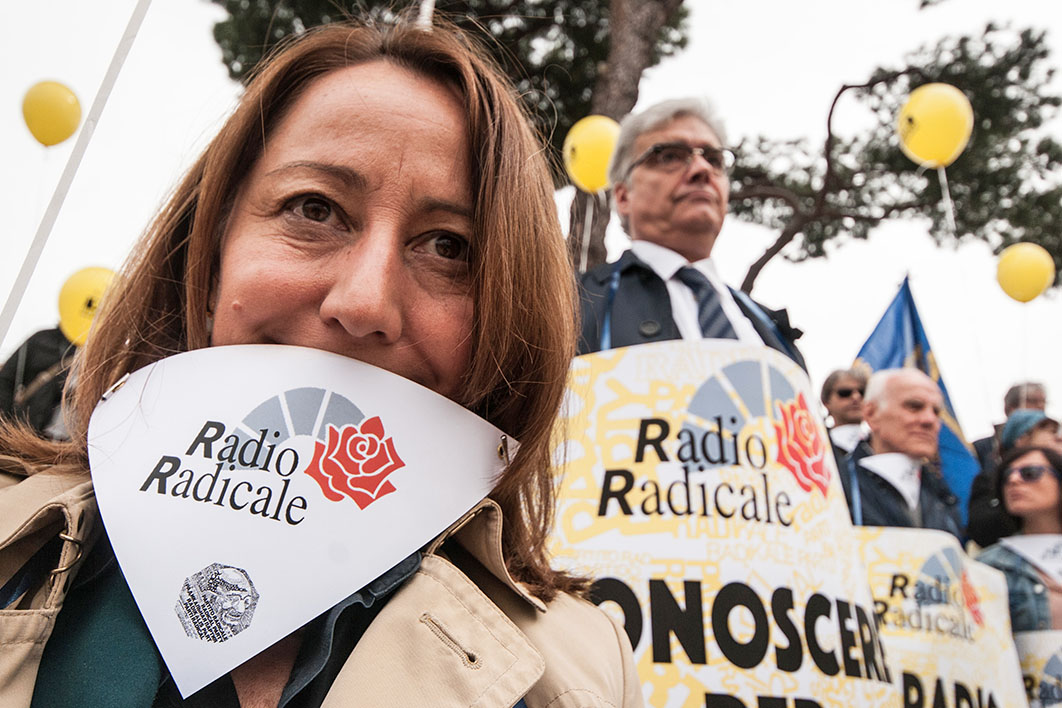 The end of the adventure? Supporters of Radio Radicale demonstrating in Rome’s Piazza Madonna di Loreto after a cut in government funding. Andrea Ronchini/NurPhoto via Getty Images