Nick Xenophon is breathing down the Coalition’s neck in his home state, writes Clem Macintyre. In a tight federal election, the implications could be significant

In from the fringes: senator Nick Xenophon. Alan Porritt/AAP Image 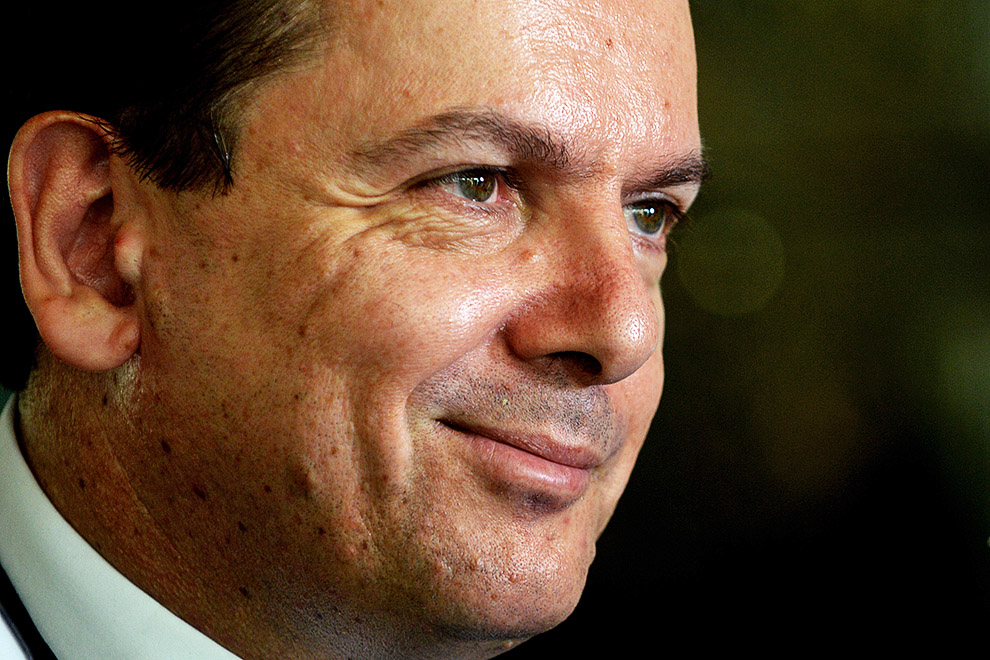 In from the fringes: senator Nick Xenophon. Alan Porritt/AAP Image

Prime ministers are normally not frequent visitors to South Australia. With just eleven seats in the House of Representatives, voters here know that their interests don’t often rank high among any federal government’s concerns. New South Wales, Victoria and southeast Queensland, where the marginal federal seats are concentrated, inevitably command most of the attention of the major parties.

Of the six SA seats held by the Liberals, three – Barker, Grey and Mayo – are either rural or largely rural and are held by margins of more than 12 per cent. Two of the Liberals’ metropolitan seats, Sturt and Boothby, are on margins of 10 and 7 per cent respectively, and are also regarded as safe or fairly safe. Only the western suburbs seat of Hindmarsh, at just under 2 per cent, is on the edge.

Yet over the past few weeks federal cabinet has convened in Adelaide and the government has made major spending announcements benefiting South Australia. The prime minister has confirmed construction of naval frigates; Adelaide has hopes of work on a new fleet of submarines; and infrastructure funding has been promised for key road corridors. Suddenly the state seems to matter.

It’s true that when governments are consistently trailing in the polls, and trailing as much as the current government, every seat starts to count. Even so, this recent spate of attention shows that something else is in play. And that something else is the announcement earlier this year that Nick Xenophon will be fielding candidates in the state’s key House of Representatives seats at the next federal election. More specifically, his threat to target senior Liberal MPs has begun to attract increased interest nationally.

Xenophon was first elected to South Australia’s Legislative Council in 1997. Motivated by the damage he saw following the introduction of poker machines in the mid 1990s, he stood as an independent “no pokies” candidate and secured not quite 3 per cent of the statewide vote. In a scenario that has since become more common, he received a flow of preferences from other low-ranked candidates and became the tenth of the eleven elected upper house candidates. He has gone on to build a very impressive political platform.

When he first faced re-election to state parliament in 2006, his strong media profile and his reputation as a champion of otherwise lost causes saw him move from the electoral fringes and become a major player. His share of the statewide primary vote at the 2006 Legislative Council election was nearly 21 per cent, giving him both a second term and (under the state’s electoral system) a second seat, which went to his running mate Ann Bressington. But more than this, the result announced that he was a significant force in the state. With limited resources, effectively standing on his own and facing the opposition of both major parties, he won the support of one voter in every five across the state and came within sight of knocking the Liberal Party into third place in the upper house election.

Emboldened by this support and increasingly aware that his battle with the gambling industry might be fought more effectively in Canberra, Xenophon set his sights on a Senate seat at the 2007 election. Some commentators thought that his trademark media stunts wouldn’t work in Canberra, and it’s true that his support didn’t match the level he’d achieved in the state election eighteen months earlier. But he won just over a full quota in his own right and was the third SA candidate elected to the Senate.

With a growing national profile, Xenophon chose to distance himself from his reputation for attention-seeking and began to make a name as an articulate defender of South Australia’s interests. His influence over the final allocation of Murray–Darling Basin funding and related water projects showed a level of political sophistication that he has since applied to many other policy areas. While he hasn’t been able to peg back the growing gambling industry, he has played a key role in promoting reforms on a range of other consumer and policy issues.

The combination of his growing standing among SA voters and a general disaffection with the major parties gave him a large swing at the 2013 election. Candidates for the Xenophon Group outpolled Labor in the Senate election and received just under two full quotas. Xenophon was the second SA senator elected, and only the fact that virtually every other political group in the state, wary of his influence, had directed their preferences elsewhere stopped him securing the election of Stirling Griff, the second candidate on his ticket. The impact of the Xenophon Group, together with Greens support at about 7 per cent and Family First at about 3.7 per cent, meant that Labor won only a single place (with sitting senator Don Farrell defeated), while the second Liberal candidate, Simon Birmingham, was pushed to the last position filled.

As we all know, the 2013 election left the Senate with eight crossbenchers, six of them new to parliament. The experienced Xenophon has undoubtedly played a major role in the coordination of their strategies on a number of key issues. Unless there is a double dissolution election (in which case three of the twelve incoming SA senators are likely to be from the Nick Xenophon Team, as it’s now called) his current term in the Senate won’t expire until June 2020.

Xenophon’s statement that he is considering running candidates in key Liberal-held seats at the next election is highly significant. It’s certainly true, as the Sydney Morning Herald pointed out, that Xenophon candidates “could top up any Labor candidate’s vote and potentially propel the opposition to victory in the key marginal seats.” But the consequences could be much greater than this.

A recent CFMEU-commissioned poll conducted by the reputable ReachTEL organisation found that when a Xenophon candidate was added to the list of potential parties vying for election in Christopher Pyne’s eastern suburbs seat of Sturt, the Xenophon candidate topped the primary vote. After allowing for preferences, the poll found that the candidate would win the seat with a two-party-preferred 62 per cent of the vote. Any poll should, of course, be treated with healthy scepticism. Did respondents think that Nick Xenophon himself would be the candidate? Do some voters use the polls to send a message to the major parties? Will voters return to a more predictable pattern when the campaign proper commences?

Nevertheless, if such a result did occur in Sturt, and high-profile Xenophon candidates in other SA seats achieved similar outcomes, then this would constitute nothing short of an electoral earthquake. If the intervention by Xenophon means that his team can win even a few seats in its own right, rather than just using preferences to push Labor candidates past sitting Liberals, then he will have harnessed an electoral force that has no real parallel in postwar Australian politics. Even if the numbers slip but he endorses high-quality candidates, at the very least the major parties will be forced to make tough decisions about how they allocate their preferences.

Where has this apparent support come from? It is partly a product of nearly twenty years work by Xenophon, first as a state MP and more recently as a senator. With a few notable exceptions, he has picked the right issues to campaign on and has an excellent feel for the mood of the voters. He has been able to capitalise on a general disaffection with mainstream political parties and their behaviour. But there is more to it than this. In Sturt, ReachTEL found that two-thirds of those it polled felt that the federal government had not done enough to protect SA jobs in the car, submarine and ship-building industries. There is every chance that this figure is even higher in the northern and western suburbs of Adelaide.

The conjunction of general dissatisfaction with existing parties and high levels of unemployment, which the state government has very adroitly blamed on the federal government, means that voters are open to someone of Xenophon’s standing. No doubt there will be other polls conducted in South Australia’s marginal seats between now and the federal election, but unless there is a significant shift in the findings it’s safe to say that the state will be receiving visits from many more leading figures from the federal government and the opposition in coming months. •

Clem Macintyre is in Politics and International Studies at the University of Adelaide. 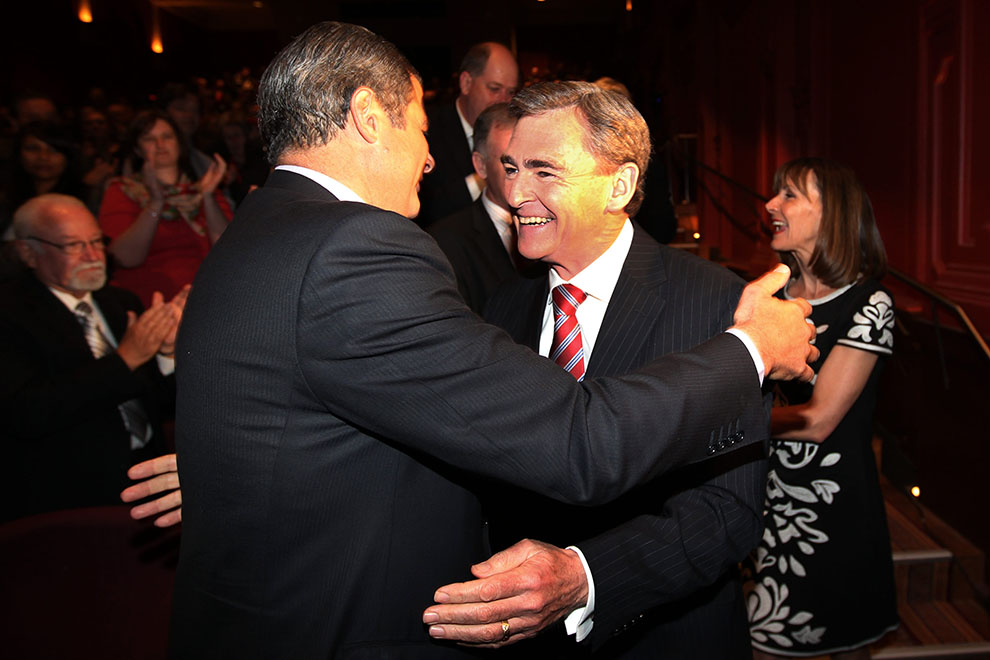