“There is no alternative…”

Books | Together, different varieties of capitalism straddle the world like never before 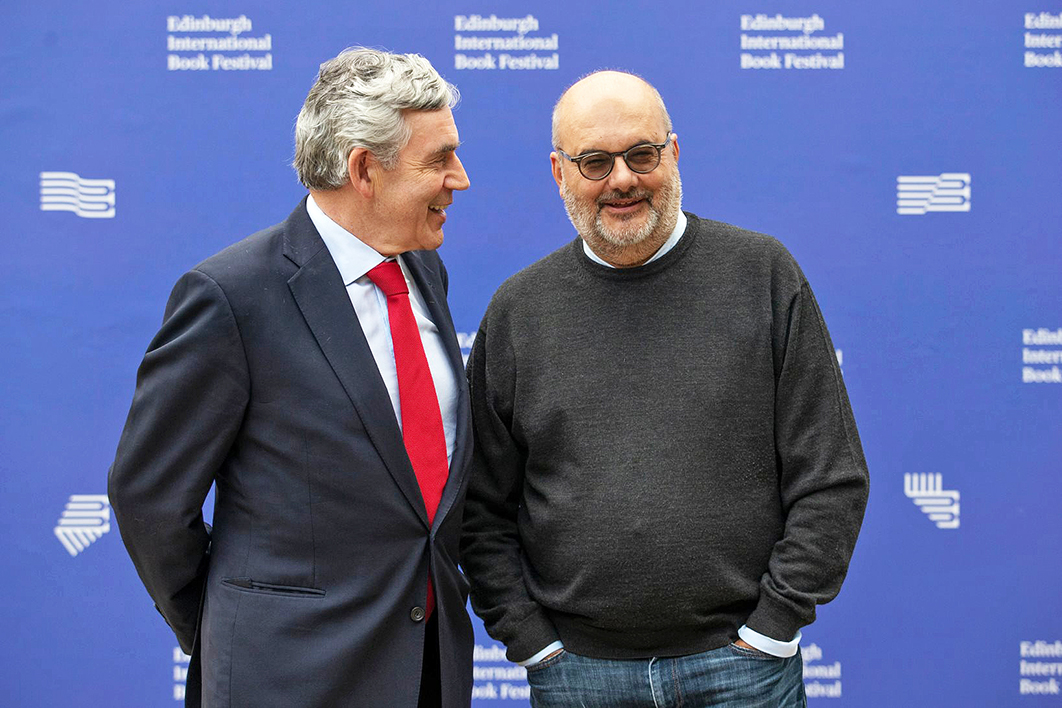 Capitalism, Alone: The Future of the System that Rules the World
By Branko Milanovic | Belknap Press | $67.99 | 304 pages

The global financial crisis did not bring down capitalism. Perhaps nothing can. As eminent economist Branko Milanovic argues in Capitalism, Alone, the entire globe now operates on capitalist principles, and their grip has strengthened in the decade since the crisis. Capitalism has survived street protests and knowledgeable critiques alike. Never before, says Milanovic, has the same economic system shaped the entire world.

Yet this is not The End of History and the Last Man revisited. Whereas Francis Fukuyama suggested that Western liberal democracy had triumphed, Milanovic is interested in the rifts within capitalism. Such tensions, he suggests, trace the larger political divides that shape our world.

The first is liberal meritocratic capitalism, which is at least nominally the preferred system of the West. This variety of capitalism, different from the strict laissez-faire liberalism of the nineteenth century, took shape mainly after the second world war. Combining prosperity and relative equality, it altered what was seen as acceptable in most Western societies. Yet Milanovic, joining with Thomas Piketty, Daniel Markovits and other recent critics of meritocracy, believes its claim that talent determines outcomes runs up against three countervailing forces: inherited wealth, the education system’s role in segmenting the labour market, and the increasing prevalence of homogamy — the rich marrying the rich.

With that form of social-democratic capitalism in decline, the West risks a return to the greater inequality of classical capitalism, though with one significant difference: in modern times, the rich not only possess wealth, they also work, particularly in elite professions such as finance and law. Wealth is no longer an invitation to a life of leisure: it must be preserved and expanded, and that requires sustained engagement in the economy. The rich also invest heavily in their children’s education, and then set them up financially to compete.

Those who must rely on wages alone find life much more difficult. Key institutions that promoted equality after 1945 — labour unions, large corporations able to pay generous wages, social security legislation — have shrunk. A gig economy, without reliable employment or regular wages, means diminishing returns to labour. As national wealth rises so does inequality, with fortunes more and more concentrated.

Twenty per cent of American households now live with zero or negative wealth. Even middle-class families rely overwhelmingly on increasing house prices, and a small fall in value can wipe out the surplus accumulated over a lifetime. The wealthy, meanwhile, can endure contractions — the top 10 per cent of wealth-holders now control more than 90 per cent of American financial assets.

Wealth is concentrated in different ways in the second of Milanovic’s three forms of capitalism. This is political capitalism, principally the successor to communism, and achieves its highest form in contemporary China. It was Deng Xiaoping who framed the formula that combines “private sector dynamism, efficient use of bureaucracy and a one-party political system.” Political capitalism is hostile to Western notions of the separation of powers or parliamentary oversight; the economy must serve the ideology of the governing party. This encourages an autonomous state to emerge, with decisions made by technocratic officials rather than the impartial rule of law. In a system based on discretionary decision-making, the risk of corruption is “endemic,” says Milanovic.

A growing body of literature asks whether Chinese political capitalism is a coherent Marxist variant, harnessing the productive power of capitalism for a one-party state. Others see the origins of the system deep in Chinese history, when the world’s first effective state arose ahead of a middle class and other social forces that might otherwise have tempered government authority.

Milanovic sketches that debate without reaching a conclusion, then presses on with his own argument. A state that commands its economy, he writes, is well-placed to address inequality — a finding supported by China’s success in lifting millions from poverty. Yet the overall picture is not as expected. Despite closing gaps between rural and urban life, overall inequality in China “significantly exceeds US inequality, approaching levels that we find in Latin America.” And it is rising rapidly, driven largely by manufacturing. Highly skilled workers earn good wages; workers in low-skilled jobs and rural areas do not.

In China, ownership of capital is deeply concentrated in a new capitalist elite. This can be hard to track given the interleaving of party officials with owners, and party structures with larger organisations. Analysts speak of the “cadre-capitalist” class, those officials who thrive amid blurred property arrangements in China. Milanovic speculates about the effect on efficiency, again without reaching a firm conclusion. He does note the attraction of political capitalism for other regimes keen to retain power but avoid accountability. Imitation may follow; China has developed much influence by promoting the Belt and Road initiative and new international institutions, such as the Asia Infrastructure Investment Bank, to challenge existing Western arrangements.

As Milanovic acknowledges, there are necessary caveats to any findings about inequality in China, since official statistics are scant. Even so, he concludes that inequality under political capitalism exceeds that of contemporary Western capitalism. Despite corruption and inequality, though, the economic success of political capitalism and its appeal to elites ensure it remains a potent alternative.

Finally, Milanovic turns to a third form of capitalism. This is not a system like Western liberal democracy or Chinese capitalism, but rather the emergence of global mobility for labour and capital, and it poses political challenges for all states. Given the huge differential paid to skilled workers — think about the salaries commanded by a skilled software developer in Silicon Valley — educated labour moves to centres with the highest return. It enjoys the “citizenship premium” that follows from working in the right industry in a rich country. But this advantage may prove temporary: because capital is also mobile, owners have an incentive to shift production to poor countries with lower wages. At least in theory, the result should be a “world of minimal differences in mean per capita income among nations.”

Milanovic projects the emergence of a global supply chain, each stage contributing to the production of goods and services. Logically, neither the West nor China can control key factors of production. Capital is unbundled from production and management decoupled from operations, each flowing towards those societies offering the highest rewards. Globalisation undercuts the power of states to set the rules. This is seen most starkly in the growth of corruption. Milanovic sees dishonesty as an inescapable part of global flows, and proposes it be factored into analysis. “Economists, who are not moralists,” he says, “should treat corruption like any other type of income.”

Capitalism, Alone closes with a final consideration of its core question: is capitalism to be understand as a collection of private vices that happen to produce public benefits or, following Marx, as a historical moment that privileges greed but is not intrinsic to human nature?

Max Weber offered a virtuous version of capitalism focusing on investment rather than consumption, infused with religious values to promote restraint, and with a social contract to help the less fortunate. These values internalised desirable behaviour. For Milanovic, this rosy picture is no longer credible. Neither religion nor a social contract constrain contemporary capitalism. Morality has been outsourced as law, with resulting low levels of trust. Some businesses factor penalties for breaking the law into the costs of doing business. They know the law will always be a step behind, as they search for new ways around any rules. Hence the global financial crisis left little mark on public policy.

This is a bleak picture of our future. Even as he describes poor behaviour, Milanovic remains resolutely non-judgemental. It is not that individuals are necessarily morally defective; the logic of the system explains all, since maximising income is the goal of a “hypercommercialised society.” Who would adopt a rigorous personal morality in a globalised world in which, as Deng also said, “to get rich is glorious”?

And yet, concludes Capitalism, Alone, there is no choice. Whatever the criticisms, “we lack any viable alternative.” Reversing our hardwired capitalism would mean a decline in incomes, increased poverty, declining technical progress and fewer of the goods we expect in contemporary society. We have reached the end point of choices made about what to value and how to organise society. Though we talk often about the desirability of non-material pursuits, there is little evidence people will sacrifice material circumstances for more leisure time.

Those who profit from the system have a particular incentive to work even harder to perpetuate their family’s standing. This means outsourcing work once done inside the family, such as taking care of the young and the old. From cleaning and cooking to raising the next generation, the tasks of daily living are part of the gig economy. For the poor, even free time is commoditised, so it can be offered to services such as Uber or writing essays for struggling university students. Individuals become units of production. For Milanovic your portfolio is you — your labour, what you can sell. We have become calculating machines, living economic rather than social lives.

Branko Milanovic has been praised widely for his work on globalisation and capitalism. His reasoning is clear and well expressed, even if Capitalism, Alone reads in places like a first draft of a larger, abandoned work. Milanovic writes as a good teacher, telling us what is coming, sharing the content, and then reminding us what we just learned. He takes the reader on diverting side journeys into the history of communism, the implausibility of a universal basic income, and even a brief summary from first principles of the past development and possible trajectories of Western liberal capitalism.

The effect can be both exhilarating and overwhelming — so much content, often presently briefly before the narrative moves onto new fields. Here is much that is familiar but presented in new ways, a distinctive voice walking through a landscape pointing out salient features and offering a sometimes startling commentary on why the scenery is exactly as we see it. Capitalism, Alone is a book to scribble questions all over, and then read again. •

Glyn Davis is Distinguished Professor in the Crawford School of Public Policy at the Australian National University and CEO of the Paul Ramsay Foundation.