Eighteen PMs or premiers have been forcibly removed since 1970, writes Rodney Tiffen. In just two cases, the result was a clear win at the following election 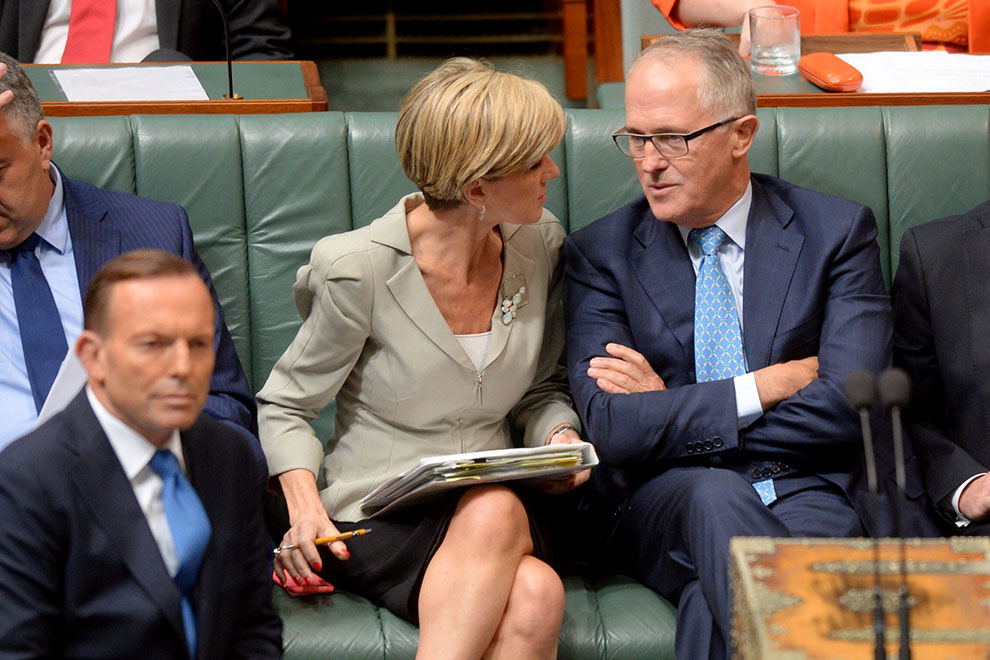 Does replacing a struggling leader boost a government’s re-election chances? History says no, but history is an increasingly inadequate guide to Australian politics.

In the recent past, we’ve seen the Gillard government become the first since the Great Depression to fail to win a majority at its first election. We’ve seen the Napthine government become the first one-term government in Victoria since the Labor Party split of 1955. And in Queensland we’ve seen an anti-Labor swing of almost 14 per cent followed by an almost equivalent swing back the other way, causing the Liberal National Party government to lose its first attempt at re-election and its premier, Campbell Newman, to lose his own seat.

Leadership changes have been just as frenetic. For the first time in the party’s history, Labor MPs deposed a first-term prime minister, Kevin Rudd, who went on to resume the leadership three years later. Now the Liberal Party has emulated its opponents by launching its first leadership spill against a newly elected prime minister. Similar precedents were set by the forced resignation of Victorian Liberal premier Ted Baillieu, and when Barry O’Farrell became the first NSW premier to resign during his first term as a result of a scandal. If these were sporting records, both the politicians and the public would need to be tested for steroids.

All of this makes trying to predict what will happen next for the federal Coalition even more difficult than it might have been a decade ago. But it can be said, at least, that the history of forcible changes of premiers and prime ministers between elections isn’t encouraging.

Between 1970 and the end of 2014, sixty-nine successful leadership challenges were mounted within the major parties in the six states and federally. (These figures include the Queensland National Party, which was at times the major governing party in that state.) By contrast, I haven’t been able to trace a single successful leadership coup during the previous two decades, from 1950 to 1970. Moreover, the rate of destabilisation has accelerated. The thirty years from 1970 to 1999 saw thirty-seven forcible leadership changes, while in the fifteen years from 2000 to 2014, the figure was thirty-two.

As the table shows, however, only eighteen of the sixty-nine were in the major governing party. Two of the others involved the Queensland Liberals when they were the junior partner in the Bjelke-Petersen government, and the remaining forty-nine were for a new leader of the opposition. Quite often – roughly half the time – the transition resulted in a reinvigorated opposition, which often did better at the next election. Federally, the reinvigoration has been so successful in several cases that the new leader – Fraser, replacing Snedden; Hawke, replacing Hayden; Howard, replacing Downer; and Rudd, replacing Beazley – has gone on to win the next electio

The picture for leadership changes in government is very different. If we include Gillard’s loss of a clear majority in 2010, then the failure rate of the leadership transitions in government, judged by success at the next election, is over 90 per cent. The only two clear exceptions are Paul Keating and South Australia’s Jay Weatherill. Arguably, both were helped to their subsequent victory by their Liberal opponents. In Weatherill’s case, it’s true that the decision to force Mike Rann, leader for seventeen years, to retire sooner than he wanted caused considerable personal tension; but the change took place without any full-blown political crisis.

Of course, it doesn’t follow that if these eighteen governments had stuck with their existing leaders they would have won the subsequent election. In fact, a leadership challenge is typically a symptom rather than a cause of a failing government.

We are dealing with counter-factuals, of course, which defy the possibility of definitive proof. But the one case where it seems clear that the leadership change worsened the government’s position was the overthrow of Kevin Rudd in 2010. This brilliantly executed piece of strategic stupidity ruined two political careers in one night and made Labor’s task of staying in government much more difficult. The key plotters appear to have assumed that the public would immediately accept the change and that Rudd would simply disappear. Instead, of course, he became intent on revenge. For Gillard, meanwhile, the means by which she became leader haunted her entire prime ministership.

Many surface reasons help to explain Labor’s poor performance in the 2010 election. The “real Julia” didn’t campaign well, and damaging leaks from the Rudd camp sabotaged Labor’s broader message. Uncertainty about Rudd’s role and future hung over the campaign, and when the two tried to defuse the speculation with a joint television appearance, it became one of the most excruciating moments in modern election campaigning.

Beyond these immediate factors, however, the change of leadership made Labor’s strategic position almost impossible. Having disposed of its leader, it couldn’t run on its record. It couldn’t highlight how it had brought the country through the global financial crisis in such relatively good shape. Instead, it was forced to run a much more negative campaign focusing on the spectre of Tony Abbott, which arguably made that tactic much less effective when it was re-run three years later.

Forcible leadership transitions in government are always messy. When a government seeks to create a sense of renewal and fresh directions it can easily appear to be disowning its own record. A change at the top suggests that many in the government don’t approve of its performance, and many voters will simply believe them.

Although there has been much said recently about the new vulnerability of leaders, this is easy to exaggerate. A leader who wins government from opposition has a unique status in his or her party, which affords great political latitude. Challenges often emerge after a long, slow build-up of discontent, but then, as has been the case over the past week, events can move very quickly.

In nearly every successful leadership challenge in government, declining or brittle polling figures added an external dimension. In all the federal cases in the table, the government had been trailing for some time or, in Rudd’s case, had gone into a recent, sharp decline. Gillard’s chronically poor performance in the polls was the reason many thought she had to make way for Rudd’s second coming in 2013. The Abbott government, uniquely in the history of Australian polling, has been behind for three-quarters of its first seventeen months. This, at least, combined with Abbott’s consistently poor personal showing, makes the situation ripe for discontent to develop.

Equally though, there is nearly always an internal dimension as well, a level of dissatisfaction over performance or how key relationships are being handled. Famously, Rudd’s abrasive personal style, his erratic decision-making, and his centralisation of control in his own office were at the root of his colleagues’ desire for change. Although this behaviour remained largely invisible to the public, it was so bad that within a night it was clear he would lose badly in any party-room ballot. He withdrew, and Gillard was unanimously elevated.

Abbott’s personal relationships seem far superior, but similar complaints about centralised control and poor or erratic decision-making are just as pertinent. Abbott’s penchant for “captain’s calls” – including in areas where proper and careful policy construction was needed, such as paid parental leave – along with one of the most electorally disastrous budgets in Australian history, parts of which are still stalled in the Senate eight months later, created a series of backbench grievances.

What brought events to a head, however, was a relatively trivial incident. It takes a peculiar political talent for a prime minister to turn Australia Day into an electoral disaster. Abbott’s unparalleled silliness in giving the Duke of Edinburgh an Australian knighthood crystallised his colleagues’ misgivings. With an unexpected political debacle in Queensland shortly after, the rebellion quickly gained momentum.

Whatever happens tomorrow in the Liberal party room, it is almost certain to be followed by declarations of personal support and loyalty, promises that the past is behind them, and a re-commitment to bringing good government to the Australian people. These hollow statements may pass without party-room challenge for some time, but it is very likely that the scars from the past week will one day be opened again at the expense of the government. •

Rodney Tiffen is Emeritus Professor of Politics at the University of Sydney. His latest book, Rupert Murdoch: A Reassessment, has been shortlisted for the 2014 Ashurst Business Literature Prize.

What the electorate can see but the big parties can’t

Don’t blame the voters for government failures, says Michael Gill. Where the arguments are spelt out and the implementation is effective, electoral benefits will follow 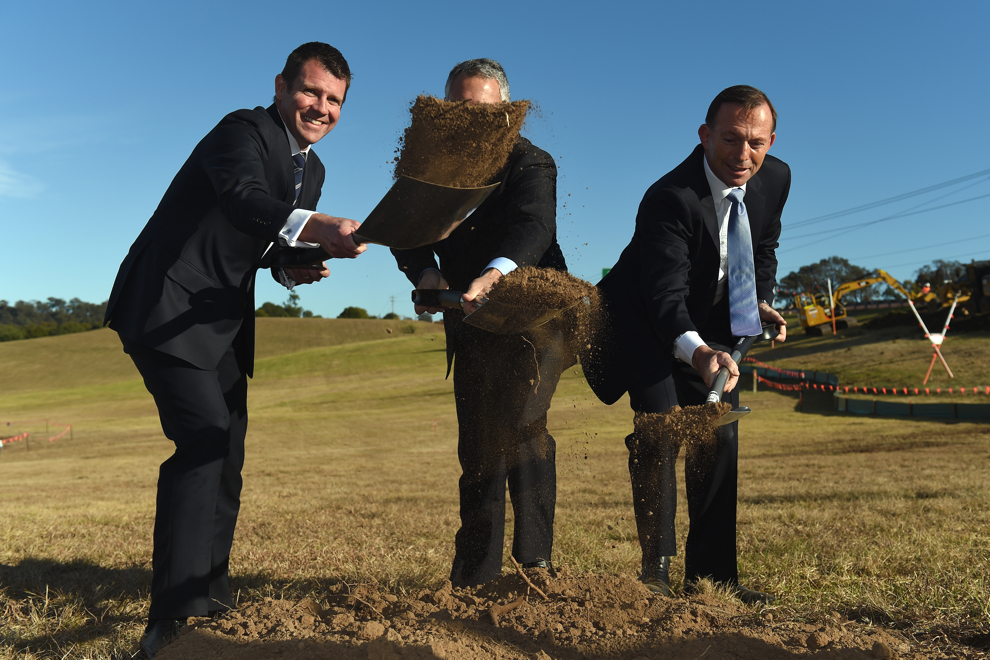