This side of the brink 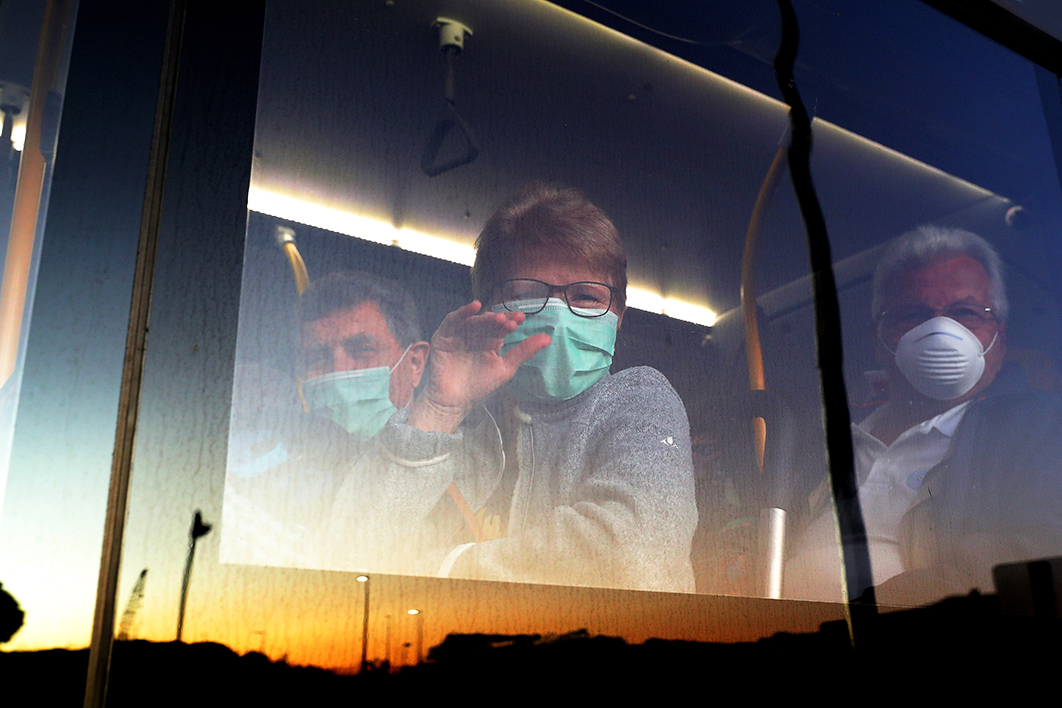 The video might regrettably have been removed from her Twitter and Instagram feeds — pious advocates for the poor and downtrodden were outraged by its supposed insensitivity — but Madonna’s insight is backed by the academic heft of Walter Scheidel’s recent book, The Great Leveler, an account of economic inequality from the stone age to the twenty-first century. Drawing on income and wealth data over as long a period as possible, Scheidel makes the persuasive if dispiriting case that only mass-mobilisation wars, transformative revolutions, state failures or catastrophic pandemics have ever led to greater economic equality. (The shifts triggered by the second world war are a prime example.) Otherwise, elites use their capacity for rent-seeking, capital accumulation and state control to bend the system to their advantage.

The fear that the Covid-19 pandemic will indeed turn out to be a great equaliser is manifest in the increasingly desperate mantra that the pandemic will soon be over and everything will return to just as it was before. It is evident in Trump’s forlorn hope that churches will be full by Easter and the United States “opened up.” It’s also there in Scott Morrison’s repeated invocation of “the other side” at his 29 March press conference, and his hope that “businesses can get through and be there on the other side.” At least Morrison’s time frame was a more realistic six months.

As the week ended, chief medical officer Brendan Murphy cited tentative signs that Australia might be showing “a somewhat slowing of the growth in the epidemiology curve.” For the whole of March, Australia has been teetering on the brink of untrammelled community transmission. On one side of that threshold, every person confirmed to be infected is immediately isolated and vigorously followed up, with testing of all contacts who may have been exposed; combined with extensive testing of possible cases across the community, this approach can contain the epidemic spread. On the other side of the threshold, contact tracing becomes a drop in the bucket compared with the number of cases identified on the basis of their symptoms. Asymptomatic cases (about 60 per cent of SARS-CoV-2 infections) will likely never be identified, and the focus shifts to isolation and care of those who are sick.

In early March, Singapore pleaded for the “critical, clear, and present danger to all countries” to be recognised, and for its model of contact tracing and isolation to be emulated. At the end of March, the island state announced that its TraceTogether contact-tracing app would become open source and available to the world. Developed by GovTech, the Singapore government’s agency for digital transformation, the app uses bluetooth to enable voluntary users (620,000 Singaporeans so far) to keep track of all other users they come into close contact with. (Think of it as an always-on dating app, but with a very different aim in mind.) This data is stored anonymously and encrypted on the phone, though once the user is diagnosed with Covid-19 the data is unlocked by the Ministry of Health and all close contacts alerted.

The system depends on two things: a sufficient level of trust in government, and a recognition among potential users that they will benefit from being contacted quickly if they have been in close contact with a Covid-19 case. Unlike proposals elsewhere to use previously covert intelligence surveillance for Covid-19 tracking, the Singapore innovation seems to manage the balance between privacy and altruism. Already, the Covid-19 Digital Rights Tracker has identified nineteen countries where the pandemic has resulted in new digital-tracking measures, and most have eroded privacy significantly.

If (and it remains a very big if) Australia does become one of the few countries to contain the epidemic at relatively low levels, it will be a tribute to the public health system and to all those involved in this great effort. But the immediate relief will come with significant longer-term costs. Minimising the first wave of the epidemic will certainly mean that the capacity of critical care units in the health system isn’t overwhelmed, and that will minimise deaths. It will also mean that only a small fraction of the population becomes infected.

But those who become infected and then recover are the only part of the population guaranteed to be immune (and it is not yet clear whether that immunity will wear off over the course of months or years). For the remainder of the population, any new case of Covid-19 has the potential to set off a new wave of infections. As physical-distancing restrictions are relaxed, the potential for rapid spread will return, so rapid detection, isolation and contact tracing will remain critically important.

And as the world responds at different paces to epidemic control, a critical question will be when Australia deems it safe to relax entry restrictions from other countries. On Saturday China banned the entry of non-nationals following its eradication of new domestic cases; meanwhile, as was eminently predictable, the Covid-19 epidemic has become rampant in the United States. It may well prove feasible to allow travel between Australia and China long before Australia–US routes can be opened up.

Aside from contact-tracing apps, the technologies with the most immediate impact on the future of epidemic control will be in diagnostics. Already, new Covid-19 tests have appeared on the market, and alternatives to existing polymerase chain reaction, or PCR, tests are being developed or rolled out, including antibody tests that could be both rapid and self-administered.

Abbott has adapted and taken to market its toaster-sized ID Now diagnostic machine, though only in the United States for now. Like PCR tests, it tests for the genetic material of the virus; unlike PCR, which requires a thermal process to separate the strands of DNA, it operates at a constant temperature and is both compact and rapid. Abbott claims it produces positive results in five minutes and negative ones in thirteen.

Similarly, a new Covid-19 detection cartridge has been developed for GeneXpert, a rapid PCR assay machine small enough to sit on a desk and rapid enough to produce results in an hour. The GeneXpert machine has proved enormously useful in detecting TB — especially multi-drug resistant TB — in many developing countries.

When sophisticated diagnostics can be brought to local level they can transform the speed and flexibility of the local response. I vividly remember visiting a small health centre on Zimbabwe’s border with Mozambique about five years ago. The centre really was at the end of the road, a simple building run magnificently by two nurses on a shoestring. (Often they couldn’t report in to the district hospital because they had no phone credit.) But there, with its red light blinking in the corner, was a small PIMA CD4 machine that enabled on-the-spot diagnosis of the immune status of HIV patients. Instead of the usual procedure of sending samples off to a distant lab, which holds up treatment and monitoring, the whole process could be carried out locally (although it did rely on the systems that kept the machine functioning, with all its relevant consumables).

Beyond testing, the two wildcards in the evolution of this pandemic are treatment and vaccines. Not much has been heard in the past week about prospective treatments of those who become sickest with Covid-19, and that’s because a number of candidate treatment drugs are rapidly moving to trial phase. Shortcuts can be taken in treatment development, including speeding up regulatory approval, sharing information, and ramping up resources in the chain from basic science to manufacturing. But there is no avoiding meticulously designed and implemented trials to see whether a drug works. Medicine is littered with drugs that showed initial promise either in the test tube or even in initial human trials, but turned out not to be effective or even to worsen the disease.

A number of new vaccines are also well on the way to trialling, and they too will need careful assessment. Among the proposals to speed this process up is a call for approval of “human challenge” trials for Covid-19. Once a candidate vaccine is found to be effective and safe in animal models and first-stage human trials, it is normally tested in a larger-scale Phase 3 trial on people who might be exposed to the pathogen. These trials need to be large enough and last long enough to capture sufficient numbers who might have been exposed and detect differences in infection rates between vaccinated and unvaccinated trial groups. One way of speeding that up is to deliberately infect the trial group and then see how many of those receiving the vaccine develop the disease compared with those receiving the placebo.

In this case, the argument for a human challenge is that the risk of catastrophic infection will be minimal in a young and healthy group of subjects. That may well be true, but the risk will not be altogether eliminated. It’s hard to see an ethical argument for human challenges when the spread of Covid-19 is still rampant and large-scale exposure to the virus likely — but that may change if a vaccine is only ready for trial after the rate of new infections has died down.

From health systems to economic responses, clear pathways are emerging and many of them point to greater equality. Equitable income support, distributed diagnostics and open source solution software are all pointers to a communal, global levelling.

The “new normal” has become a dreadful cliché. Try Giorgio Agamben’s “state of exception” instead. It may give a better sense of both the possibilities and the dangers that lie in that liminal space, the brink on which we are teetering. •

Before anyone asks: no, Australia does not have a debt problem 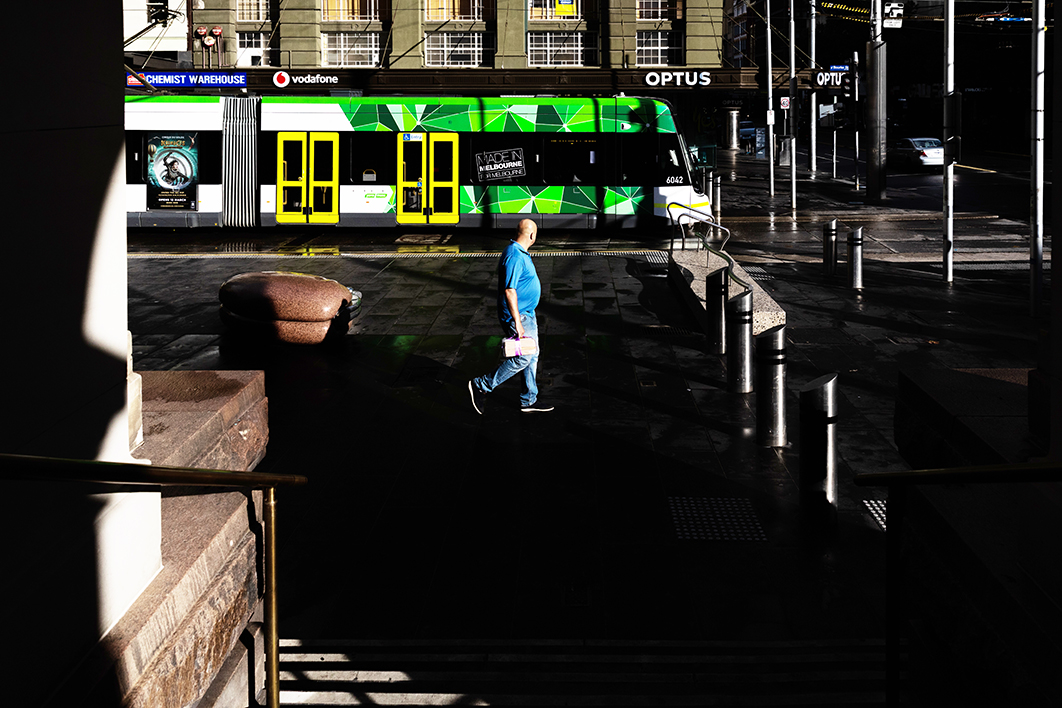