Tidy housekeeping, but we really need to repair the joint

Yesterday’s budget update reveals the size of the problem, writes Tim Colebatch. And it isn’t just about spending 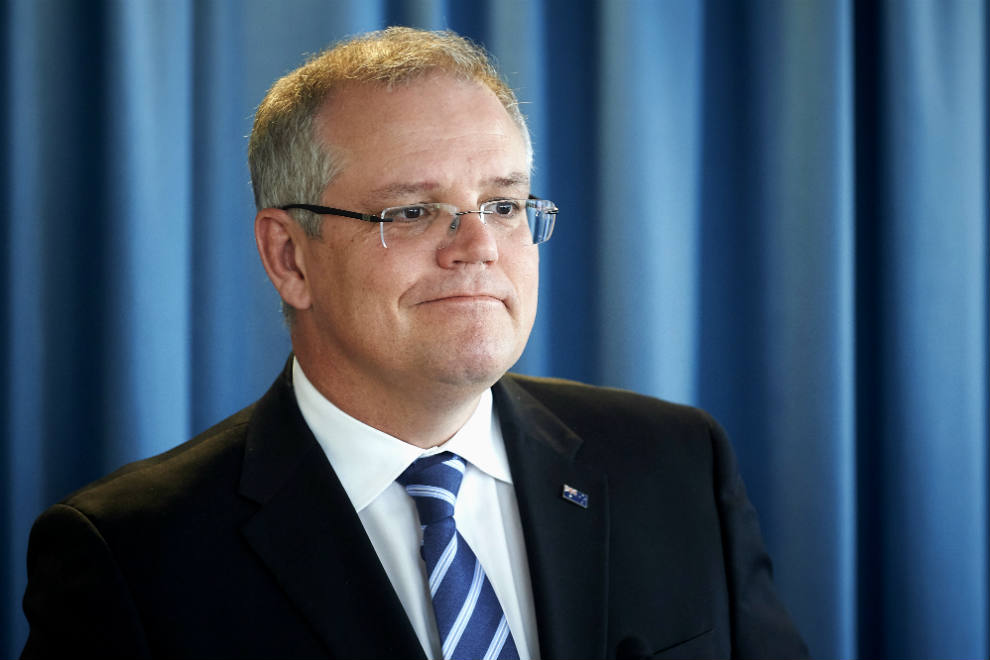 Scott Morrison’s mid-year budget update is mostly a good one, as far as it goes. All it attempts is some sensible housekeeping to offset new spending with savings. The government’s choices, by and large, seem to me fair ones.

The real question is whether it should have gone further. “Coalition Gives Up On Surplus,” screamed the Financial Review, before scrapping that headline for a more positive spin. “Deficits Fuel Debt Nightmare” howled the Australian yesterday, followed by “Debt Bomb Builds After Surplus Slip” today. There’s more than a bit of journalistic licence there, but also more than a bit of truth.

And that links into the government’s other economic headache: tax reform. To try to placate the voters, and its own right flank, Morrison has pledged that tax reform won’t be used to increase revenue. That means it will not be used to fix up the budget. The government will fix the budget, if it does so at all, on just one engine: spending. The 180 measures in the budget update may be pretty minor, but the issues surrounding them are not.

A lot of Australians – indeed, a lot of Australian economists – think the budget position is overhyped. Maybe you do too. We remember Tony Abbott thundering about a “budget emergency” when Labor was in office and then, when he took power, immediately increasing spending and cutting taxes, making the deficit even worse.

Over the longer term, the Abbott government did reduce the projected deficit, but essentially by two measures. First, it halved the amount Australia would spend in future to save the lives and improve the livelihoods of some of the world’s poorest people. Second, it shifted $80 billion of hospital and school costs over a decade to the states without offering them any support in paying the bill.

Moreover, if the projections in Tuesday’s budget update are correct, Australia’s deficit will gradually vanish, and we will emerge in surplus by 2020–21, and stay there. Net debt as a percentage of GDP is forecast to peak in 2017–18, and then decline as the surpluses pile up. No worries!

All that is true, and reassuring, but it’s only part of the story. Each successive downgrade of the budget forecasts means the risks ahead grow – and when you add up the risks we now face, it is time to jettison the nonchalant view. We’re not Greece, nor in danger of becoming like it, but if the government continues to spend far more than it earns, we are going to end up with an uncomfortable level of debt that will slow our growth, constrain our choices, and make the problem of financing an ageing population all the worse.

If we are serious about this, we need to get out of our comfort zones. People on the left can’t continue with the illusion that all spending is sacred, and that the only reason the government cuts spending on health or welfare and talks about raising the GST is that its ministers are evil and untrustworthy. People on the right can’t continue with the illusion that all tax breaks are sacred, and that the budget can be put back in shape simply by cutting spending. It can’t and, most importantly, it won’t.

What are the facts? This year, excluding the Future Fund, the government now expects to earn $391 billion from taxes and other revenue but to spend $428 billion. For every $1 it raises, it will spend roughly $1.10. And that is for 2015–16, seven years after the peak of the global financial crisis.

This week’s budget update adds roughly $8 billion a year to the forecasts of budget deficits over the period to 2018–19. It adds an extra $62 billion to the forecast net debt of the federal government – that’s us, by the way – in 2025–26. The update wipes out virtually all the net debt savings the Coalition had earlier claimed from halving Australia’s foreign aid effort and shifting $80 billion of hospital and school bills to the states.

Why? Lower minerals prices are part of the reason, but only part: in reality, the fall in the Australian dollar against the US dollar since May has cushioned the budget from half the impact of falling prices. More significant is Treasury’s downgrade of its growth projections: it now expects lower economic growth ahead than it foresaw in May, about half a percentage point less per year. And after falling for seven years, global interest rates have started to rise.

Let’s just dwell on that for a moment. Treasury now estimates that by 2025–26 Australia will have a net debt of $263 billion, rather than the $201 billion projected in the May budget. But these net debt estimates are a bit iffy, because some of the people who owe money to the government (for example, HELP/HECS debtors) will never pay it back. Even if they did, Treasury now estimates that our net interest bill on bonds alone will be almost $20 billion a year by 2025–26.

What about gross debt? After all, the government’s own debt will certainly have to be repaid. Treasury now estimates that by 2025–26 it will have hit $643 billion, a cool $73 billion more than it estimated in May. And that’s assuming a decade of fine economic weather, and six years of budget surpluses. If the economy hits heavy weather, and/or budget surpluses remain as elusive as they have proved since Wayne Swan told us they were already locked in, then we face even bigger problems.

Add to that the risk of rising interest rates. Yesterday’s Mid-Year Economic and Fiscal Outlook (affectionately known as MYEFO) includes a cautioning note on “forecast uncertainties.” On pages 65–69 it points out that bond yields have risen modestly since the budget but are still at historically low levels. What would happen if global supply and demand for money come back into balance, and bond yields rise?

Even if we just step back eighteen months, and assume that bond yields rise back to the levels of May 2014, Treasury projects an extra $5 billion a year on our expected interest bills in 2025–26. Since the projected surplus for that year is less than $5 billion, that in turn would wipe out the surplus and put us back in deficit. And expecting that bond yields return to those levels is not unreasonable. In fact, it’s probable. And it’s possible that the rise in yields could be much higher, and the budget damage far worse.

And note this: even assuming an unbroken fair-weather scenario, Treasury estimates that the budget surplus would peak in 2021–22, and then decline as more baby boomers go from paying taxes to receiving pensions, healthcare, seniors card concessions and the like. That’s why the budget surplus would be negligible by 2025–26, and then disappear completely. We have a long-term budget problem, and the tax debate needs to be harnessed to tackle it.

There’s a range of other risks too. As other commentators have pointed out, the budget still includes billions of dollars of “zombie savings” from measures in the May 2014 budget that have not passed the Senate and probably never will. The $2.9 billion that MYEFO forecasts can be saved over the next four years by “integrity measures” to detect welfare cheating or errors – on top of $1.5 billion claimed from the same source in the May budget – is unlikely to be realised, and that is the main budget saving.

Morrison and finance minister Mathias Cormann are on safer ground in claiming $650 million of savings from terminating bulk-billing incentives for pathology tests and diagnostic imaging services, although Cormann is certainly optimistic in predicting no significant impact on consumers. Of course there will be, but personally, I can’t see why pathology tests should have a different payment regime from GP services. The reality is that we can’t expect governments, state or federal, to pay all our health bills on the tax revenue we give them.

That brings us back to where we started. Seven years after the global financial crisis, the government is still spending $1.10 for every $1 it taxes. That is not sustainable. It is not just a spending problem, it is also a revenue problem. Over the summer, Malcolm Turnbull and Scott Morrison need to think hard about how they could recast the tax debate to focus on fixing that problem, rather than skirting around it. •