The clamour for an early federal election continues, and it’s loudest in New South Wales 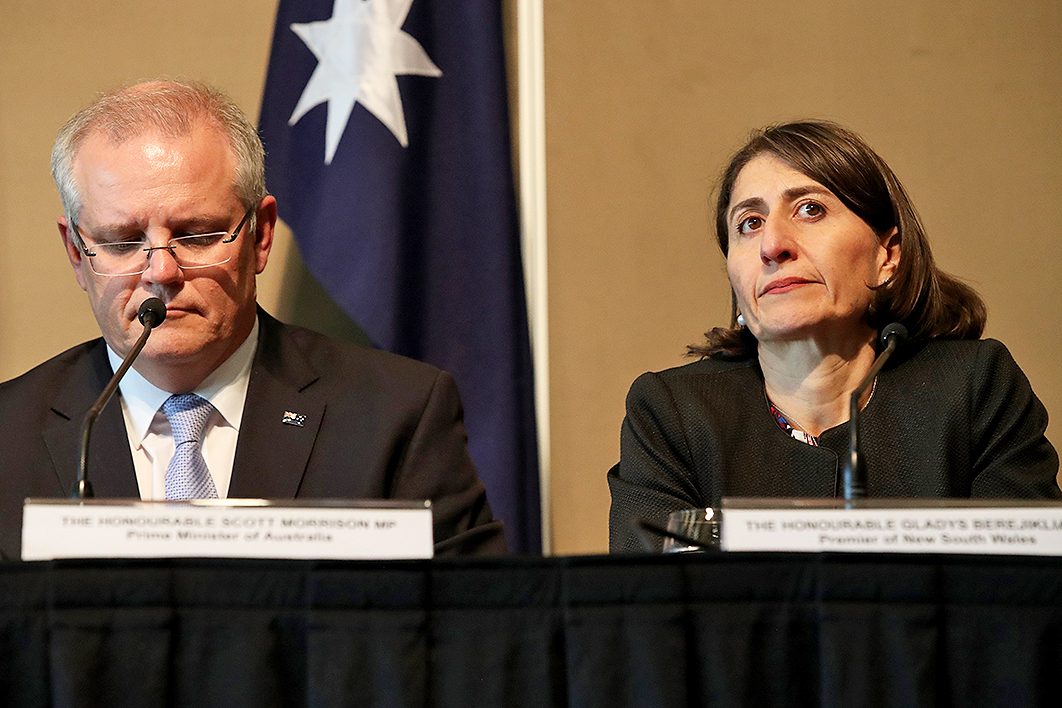 Scott Morrison’s plans for a May election are increasingly under pressure, with some anxious MPs detecting signs he might go earlier, and perhaps even announce a February or early March election over the Australia Day weekend.

Pressure is building within Coalition ranks to go before things get worse. A key driver is the looming NSW election, on 23 March, which many Coalition members fear could resemble the tsunami that hit the party in Victoria late last year. Replicated federally, a swing like Victoria’s would drive deep into what is regarded as Liberal heartland. Party polling, as one MP put it, is “not looking good.”

The Victorian federal seat of Dunkley, now held by the Liberals, has already become a notional Labor seat after redistribution. A slew of Victorian seats is at risk, including Corangamite, Chisholm, La Trobe, Casey, Deakin, Flinders, Aston and Menzies. Federal results don’t necessarily match state outcomes, of course, but Scott Morrison’s government is clearly in big trouble and has been for quite some time.

While federal Liberals still insist the loss in Victoria was all about state issues, the fact is that the Liberal brand is on the nose. This was reinforced by the ousting of Malcolm Turnbull, who was popular in Victoria, and by the party’s well-publicised woman problem, reignited after Turnbull’s departure by Julia Banks’s complaints of bullying and right-wing extremism and, more recently, by the announced departure of Kelly O’Dwyer.

NSW Liberals fear that the current timetable — with the state election in March and the federal poll in May — gives voters another chance to punish state Liberals for federal offences. If the federal election were to come first, some believe, then the anger may dissipate.

Indications in New South Wales suggest that Labor might be on track to pick up the thirteen seats it needs to win back government in Macquarie Street. Before his forced resignation last year over sexual harassment allegations, former Labor leader Luke Foley had overtaken premier Gladys Berejiklian as preferred premier. Labor’s new leader, Michael Daley, has yet to be polled.

The storm created by Scott Morrison’s parachuting of former Labor national president Warren Mundine into the marginal seat of Gilmore will inevitably complicate both elections, and constitutes a further reason for an election to be held before the infighting escalates.

Gilmore was already contentious after the sitting MP, Ann Sudmalis, announced she wouldn’t be recontesting the seat because of her concerns about branch-stacking — another blow for the Liberals. It’s hard to see how Scott Morrison’s intervention will rescue the seat, generating as it has a split in the Liberal vote with the disendorsed candidate set to run as an independent.

In Canberra, meanwhile, public service departments have been asked this week to provide the information and briefing papers normally requested just before the caretaker period.

There are good reasons not to call the election this weekend, of course. Given the need to minimise the overlap between the state and federal battles, the campaign would necessarily be short — and that might not appeal to a PM widely seen as the underdog. The Liberals still have unfinished preselection business, creating a risk of further factional conflict alongside the already destabilising issue of female candidates. Some divisions, notably Western Australia, have signalled they are in no financial position to fight an election, so resources would be strained.

With the Coalition already lacking a majority in the House of Representatives and Labor maintaining a consistent lead in the polls, Scott Morrison looks set, barring a miracle, to become the shortest-serving substantive prime minister since Artie Fadden’s forty days in 1941, regardless of when the election is held. •

Norman Abjorensen of the ANU Crawford School of Public Policy is the author of three books about the Liberal Party and its leaders.

A political solution to a populist problem?

Four months after the national election, Sweden finally has a prime minister again