Treasury and the footloose capitalists

Ken Henry’s review of the tax system is heading in the wrong direction, writes Brian Toohey 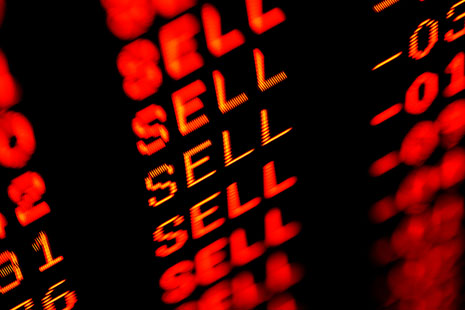 DESPITE the devastating contribution malfunctioning capital markets have made to the global recession, the Henry tax review is poised to recommend that the federal government drastically cuts taxes on capital – or, at least, what’s designated as mobile capital. The implications are yet to dawn on the Rudd cabinet, let alone the broader public. Extensive cuts in taxes on capital would probably lead to increased taxes on wages and salaries and make it almost impossible for the government to achieve its priorities in education, health and infrastructure.

The tax review panel, chaired by the Treasury head Ken Henry, has accepted the view that the tax system should recognise that capital is highly mobile in a globalised world. To attract this capital, the argument goes, we must tax it much more lightly than the other inputs to production – labour and raw materials. There is no disguising the radical nature of what the panel, whose members are drawn from businesses, the public service and academia, is proposing. It wants to overturn a long-standing principle that the tax system – and the efficient allocation of resources – should not be distorted by taxing income at different rates, depending on whether it is generated by capital, labour or resources. It follows that the best way to cut tax rates is to broaden the base, rather than narrow it by discriminating in favour of one source of income.

In the past, Henry has stressed the importance of cutting the high effective marginal tax rates imposed on some welfare recipients whose benefits are withdrawn when they do more work. This problem can be tackled by cutting tax rates or abolishing means tests. Either way costs money. Henry has also supported cutting overall tax rates because globalisation supposedly makes it harder to keep good workers in Australia. He has claimed, for example, that lower taxes rates elsewhere explain why Australian nurses and teachers decide to work overseas. Unfortunately, he did not explain how he separated out the influence of taxes from the traditional desire of many young professionals to spend some time overseas. Nor did he explain why many choose to work in England, where relatively low after-tax pay and high living costs do not offer a clear inducement to leave Australia.

Now, Henry’s approach to tax “reform” is dominated by the supposed need to counter the appeal of lower taxes on capital elsewhere in a globalised world. He has not arrived at this position because he is malignly disposed towards the poor. His speech to the Australian Council of Social Service on 3 April was characterised by a genuine concern with improving the lot of the disadvantaged. “In the face of competition from countries with low company tax regimes,” he told ACOSS, “higher company tax rates could work to reduce overseas investment in Australia, which could reduce the number of jobs available, lower the demand for Australian workers and, in this way, lower wages. This is the reason why many economists argue that, in the long run, company tax affecting mobile capital is paid by labour – predominantly geographically immobile unskilled labour.”

The argument is that the stock of capital within a country – and thus the productivity of its labour and resources – is boosted by attracting additional foreign finance via lower tax rates. If mobile capital is scared off by high tax rates, labour productivity will suffer. Low skilled workers will suffer the most because they can’t get a good job overseas. But low taxes have not helped countries such as Latvia and Ireland, which have been savaged by the global financial crisis. And in the United States, where the minimum wage is about half Australia’s, unemployment is much higher despite an enormous flood capital into Wall Street in recent years.

Although productive investment clearly helps, a complex web of factors affects the level of wages and unemployment. The demand for the goods and services produced by labour can be more important than the tax rates applying to foreign capital, for instance. Improvements in productivity can also be hard to explain. The difficulties confronting neoclassical economics in this regard has led “new growth theory” to focus on more dynamic processes than simply the addition of capital to labour.

Australia has not suffered noticeably from a lack of foreign investment. Indeed, the Rudd government seems determined to reject attempts by some Chinese companies to invest more. Moreover, local companies have had no trouble raising huge amounts of capital in recent months from their shareholders. While Australia continues to offer profitable opportunities, and so long as the company tax rate is not punitive, investment capital should continue to flow.

The company rate is far from savage. A recent study by the National Bureau of Economic Research in the United States shows that the effective company tax rate on overseas investment in Australia is 20 per cent – lower than in the United States, Europe, Britain, Japan and Canada. The Australian rate is only three percentage points higher than in China and the Asian tigers, and five percentage points higher than in tax havens. As several Australian companies have found, the hassle of dealing with Chinese officialdom is often not worth those three percentage points, particularly as they are supposed to pay the difference to the Australian Tax Office.

Further cuts in Australia’s corporate rate could have little appeal to companies domiciled in countries like the United States. The Obama administration is tightening rules to ensure US companies pay the same rate on foreign source income as on domestic investment, minus a credit for what they pay on investment in Australia and other countries. In these circumstances, a cut in the Australian corporate rate is simply a gift from the Australian Tax Office to the US Internal Revenue Service.

For Australian shareholders, the company tax rate doesn’t matter much. They pay their normal marginal tax rate on dividends and, under the dividend imputation system, receive a credit for company tax already paid. Subject to various conditions, including the retention of withholding tax on profits distributed overseas, a case can be made for hugely reducing administrative complexity by scrapping company tax entirely and using the income tax system as the point of collection. All deductions would vanish, along with the claim that deductions for interest means that borrowed capital is more lightly taxed than equity capital.

THE ARGUMENT for cutting taxes on mobile capital is not confined to capital flowing into Australia. It applies with equal force to Australian capital that could be tempted to move to an overseas location with lower taxes. As pointed out above, commercially attractive countries with low taxes are not nearly as widespread a commonly assumed. Any attempt to discriminate in favour of overseas capital entering Australia will be met with strong arguments that Australia’s own mobile capital should enjoy the same preferential treatment.

In theory, just about all capital is mobile. In practice, it’s not. Many companies don’t shift overseas because what they know best is how to make money in Australia, their executives like living here and so on. Nor is mobility an automatic virtue. Many countries would be better off avoiding the footloose speculative capital that has proven so destabilising. In any event, it is difficult to see how the Tax Office could distinguish what part of the Australian owned capital stock is potentially mobile – and therefore deserving concessional treatment – and what should continue to be taxed at normal rates.

Nor are the arguments for cutting taxes on capital confined to corporate tax. The logical implication of a policy of trying to gain an advantage over other countries by treating capital as the most mobile factor of production is that tax on profits, dividends, interest and rents should be abolished or severely slashed. As each country tries to get a jump on the other, this could trigger a race to the bottom. The upshot of these “beggar my neighbour” policies is that all countries would end up with a big hole in revenue.

The Howard government cut capital gains tax in half, purportedly to attract more funds into venture capital. Instead, it encouraged a flood of borrowed money into investment housing and into margin loans to buy shares. All the nation had to show for it was a housing price bubble and a lot of people in dire financial trouble because they couldn’t repay their margin loans after the global financial crisis hit.

The decision to halve capital gains tax also encouraged share schemes for executives, who halved the tax on their salaries by converting labour income into capital gains. Not surprisingly, the ANZ’s chief economist Saul Eslake did not win plaudits in executive circles by opposing the cuts to capital gains tax on the basis that they narrowed the tax base for no useful purpose. As Eslake pointed out, capital gains used to be called “unearned income” and should be taxed at the same rate as income from working.

There are serious opportunity costs in cutting the taxes on mobile capital, let alone on all capital income within Australia. If the damage to revenue is offset by higher taxes on labour, or cuts to investment in areas such as education and transport infrastructure – as seems likely – then productivity could be harmed.

Nevertheless, it is possible to cut tax rates across the board by broadening the tax base; this would best be done by carving into the annual $83 billion expected to be outlaid on tax concessions by 2012–13. But there is no way that overall revenue can be cut as Australia’s ageing population imposes a growing burden on the budget. Henry's enthusiastic support for cutting to zero the tax on investment income channelled through superannuation in retirement has only been made the problem worse. His review panel looks like moving further in this perverse direction. •